Can the all-new Toyota Tundra dethrone the Ford F-150?

We take a side-by-side look at these gargantuan trucks
by Leandre Grecia | Sep 22, 2021
CAR BRANDS IN THIS ARTICLE

There’s a low-key truck war brewing in the US market, and it’s all thanks to the recent introduction of the all-new Toyota Tundra. After teasing its overhauled full-size pickup for months, the Japanese carmaker finally pulled the wraps off the truck that’s going to give the Ford F-150 a run for its money.

Since we’re not betting on seeing either of these pickups in our market soon—Ford Philippines did just launch the previous-gen F-150 last year—we’ve decided to make a quick comparo of these two burly trucks using all photos and specs we have so far. Just take note that we’re doing away with the TRD Pro and Raptor variants for now.

Style-wise, the Tundra arguably looks fresher. Ford didn’t change much with the all-new F-150’s look, after all. Both look macho, but admittedly, the Tundra has the beefier stance thanks to the larger grille up front. 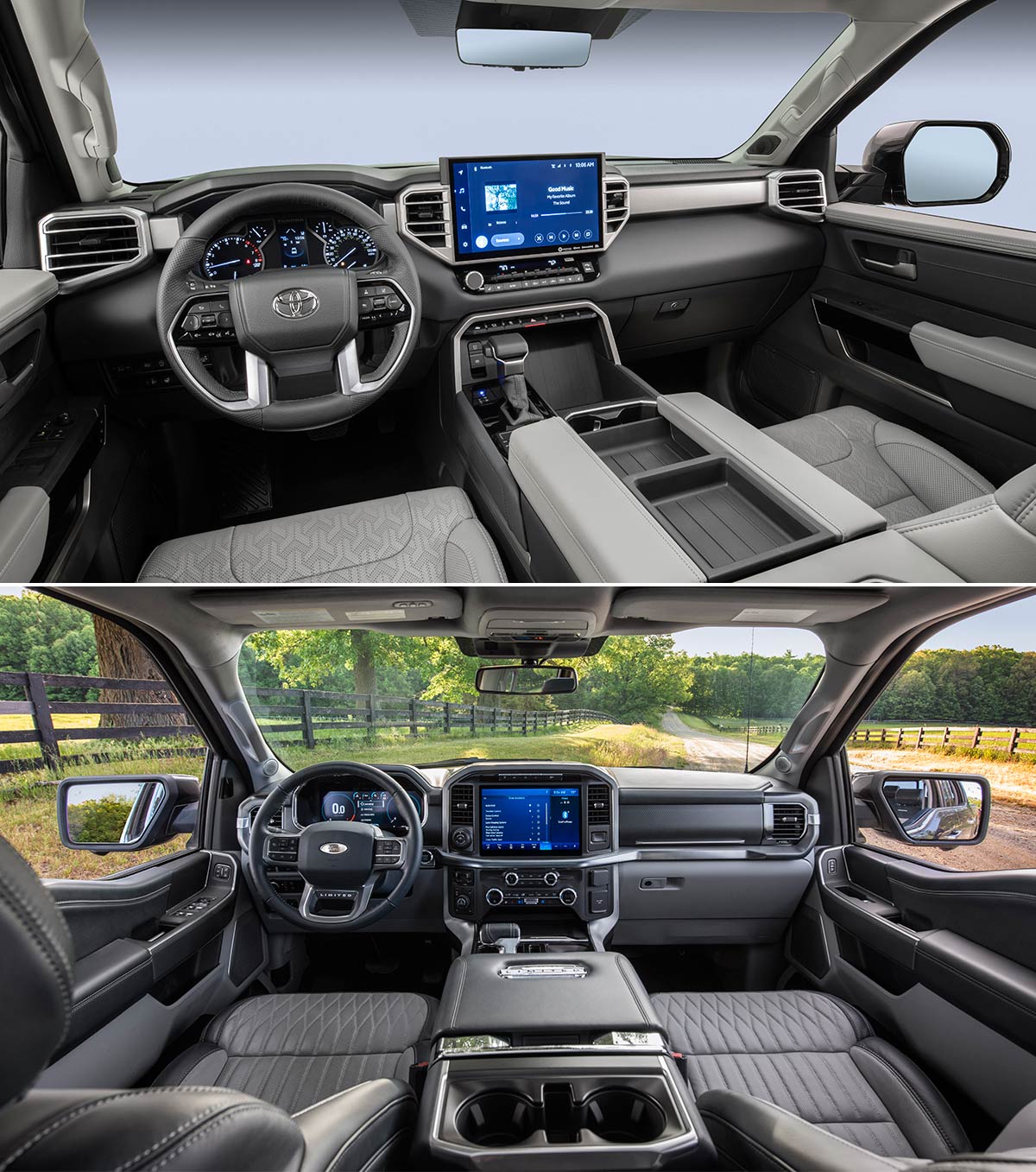 Inside the cabin, it’s a bit of a tie. Both trucks have classy interiors smothered in premium materials. The two have similar-looking steering wheels as well, and they both have large center consoles for storage.

You’ll also see large A/C vents and massive windows in either truck. Frankly, in this department, it’ll just boil down to personal preference on which is the better pick. 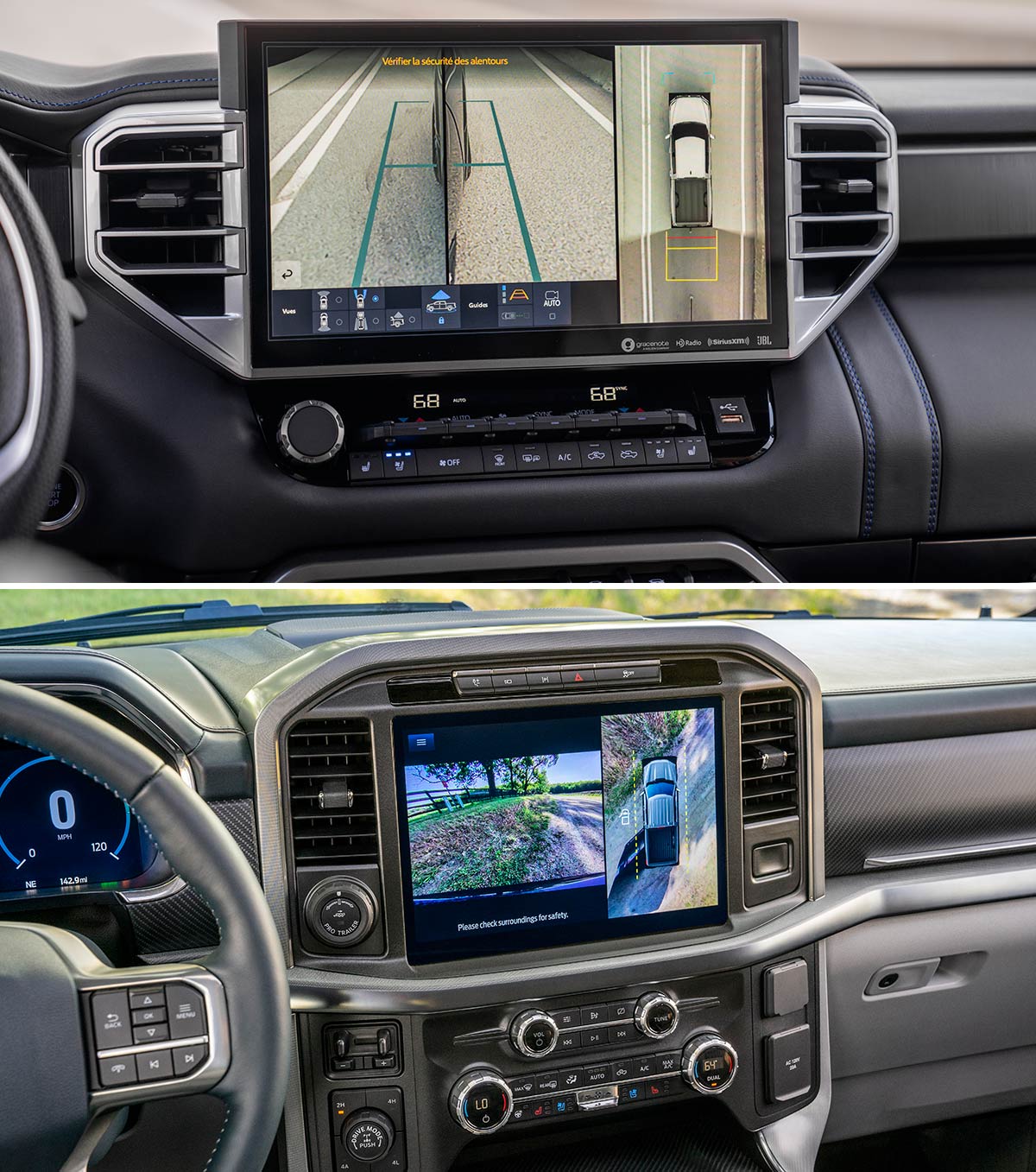 You can’t go wrong with either of these when it comes to safety and driver-assist tech, too, because there’s plenty to go around here. The Tundra gets the Toyota Safety Sense 2.5 package, while the F-150 comes with Ford Co-Pilot360 technologies. Both of these include features like adaptive cruise control, a pre-collision system, and lane-keep assist. 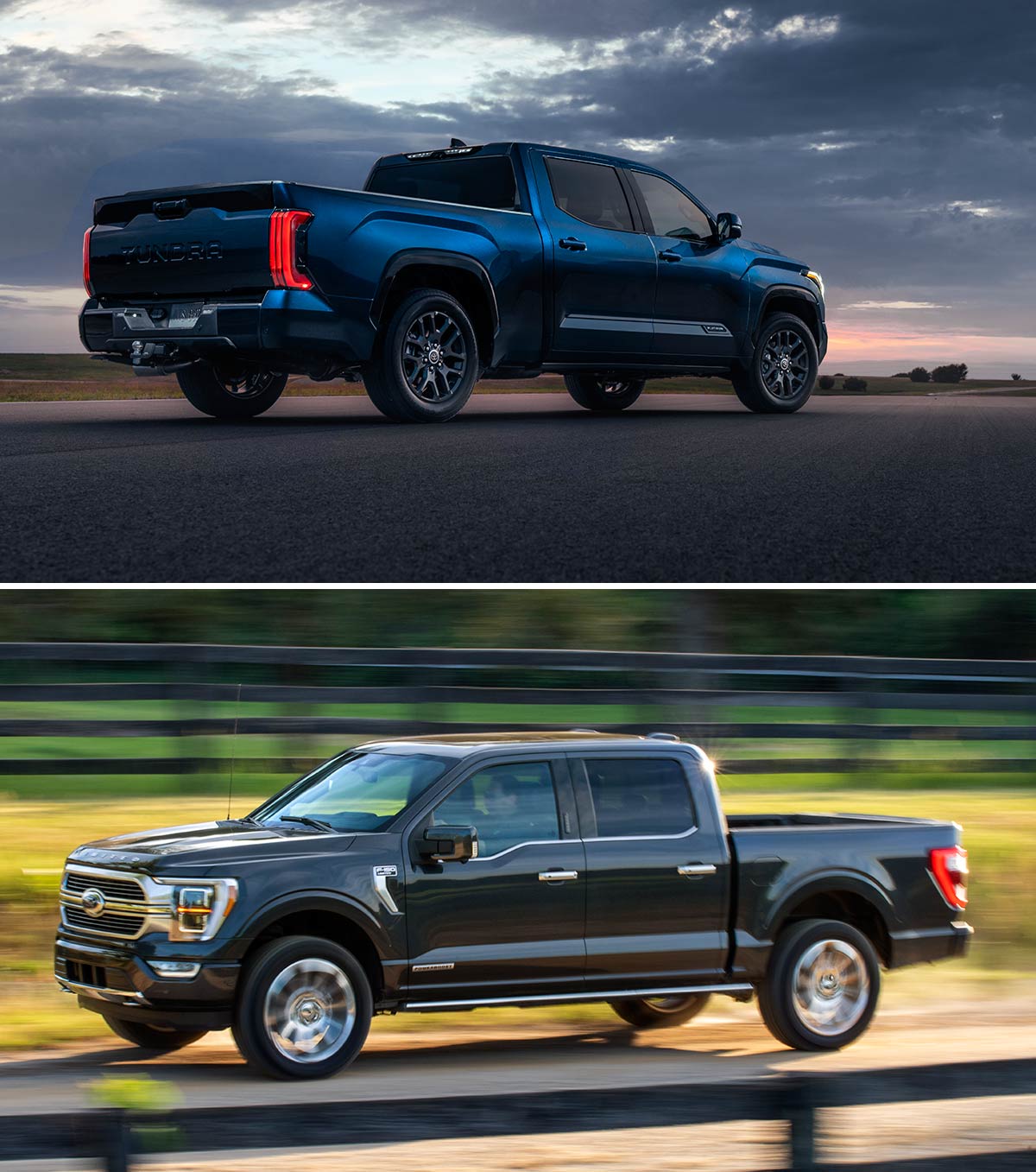 Performance-wise, Tundra trumps the F-150 with its 3.5-liter V6 that generates 437hp and 790Nm of torque. Toyota, however, doesn’t have much variety in its lineup, as the only other unit available is also a 3.5-liter V6 with a slightly lower maximum output at 389hp and 649Nm.

Now that we’ve seen some of the numbers and pictures, tell us your pick. Do you think the Tundra can dethrone the F-150? 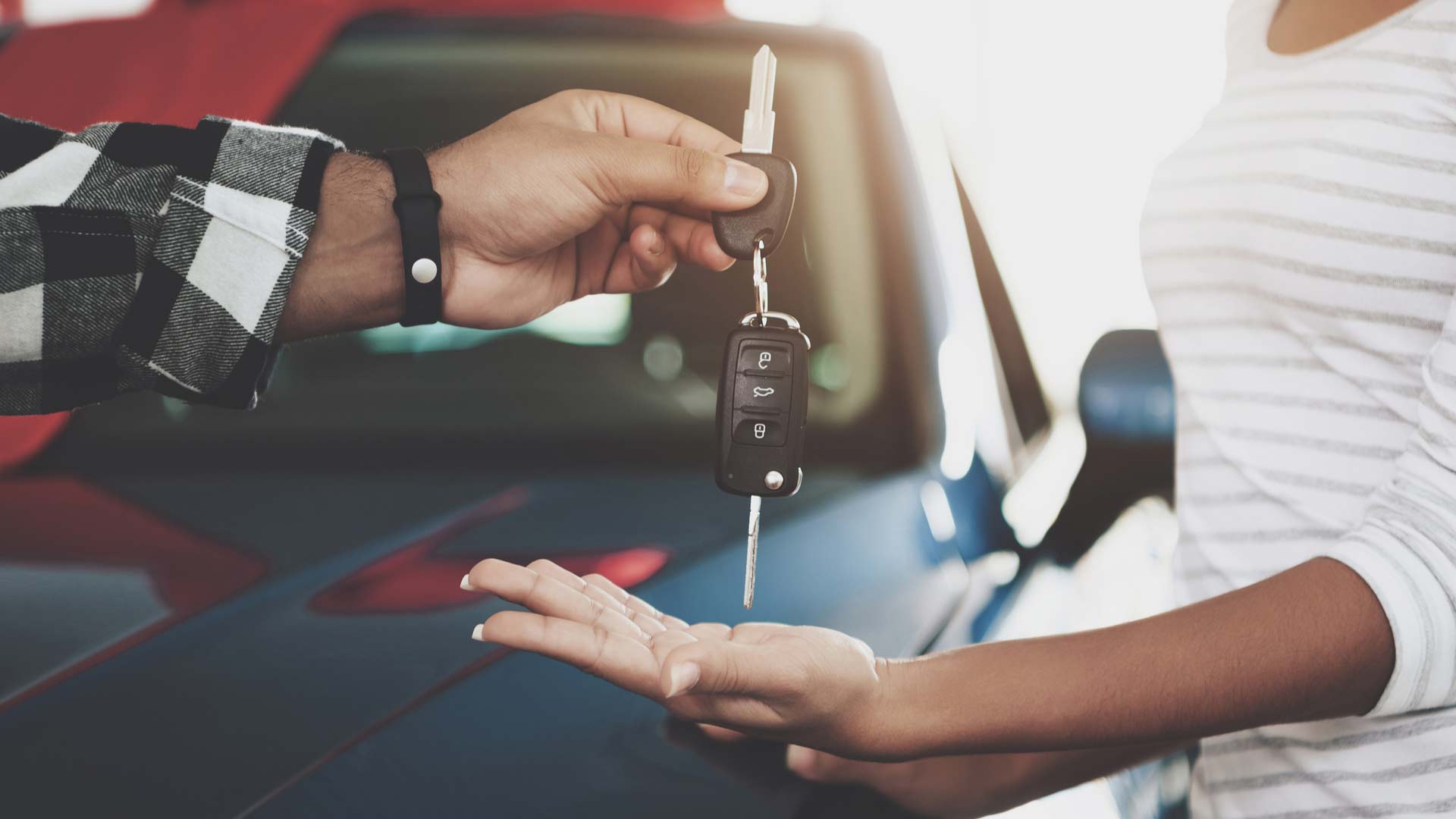 Many of our readers say they bought their cars out of necessity rather than want
View other articles about:
Read the Story →
This article originally appeared on Topgear.com. Minor edits have been made by the TopGear.com.ph editors.
Share:
Retake this Poll
Quiz Results
Share:
Take this Quiz Again
TGP Rating:
/20