Video: This classic Porsche 930 is a petrolhead's dream come true

Simple yet full of potential
by Gerard Jude Castillo | Nov 20, 2015
CAR BRANDS IN THIS ARTICLE

Have you ever lusted after a car? It doesn’t necessarily have to be an exotic supercar. The ride of your dreams could even be a rusty old jalopy that is perfect in your eyes.

For Grant Karnes, his dream ride has always been a 1979 Porsche 930, also known as the 911 Turbo. And as luck would have it, he was able to buy one from a friend of his father's at a friendly price. As if this wasn't enough of a bargain, this particular 930 only had around 27,000km on its odometer. Most car nuts would consider this a dream come true. But then again, Grant isn't your average car lover.

You see, Grant found his new 930's lack of mileage to be a "problem." His happy ordeal was that his newly acquired Porsche 930 hadn’t been "driven enough." For him, "a 930 begs to be driven." And this he did, putting in numerous miles for about a year and a half before eventually beginning work on the car.

While most people would pimp out their ride with all sorts of gaudy modifications, Karnes stuck to two simple objectives: First, to preserve the car’s originality; and second, to unleash its full potential. To do this, he installed a new exhaust, wastegate, headers, and a new K27 turbocharger. Apart from this, he left the still-potent flat-six motor fairly stock, just as he intended.

As for the body, well, fans who know and revere this car would agree that leaving it untouched is the right thing to do. The classic Porsche 911 shape--which has been around since the first generation--is simply timeless. It’s a look that draws attention as you drive by. Even the ordinary man on the street can't help but stop and stare.

Of course, adding a few personal touches wouldn’t hurt, right? So a friend by the name of Dan Porter, who owns a company that designs racing liveries, created a few magnetic graphics that were placed on the 930. One of these is the Porsche Martini racing livery that depicts the car’s racing lineage.

Grant says that he gets true satisfaction every time he’s behind the wheel of the car. Once he’s driving, all he wants to do is listen to the sound of that flat-six at full bore, as well as feel every movement of the wheel and the car itself. No music from the radio, no mobile phones, nothing. It’s just him and his Porsche.

And this is probably the best advice he can give any petrolhead who acquires his dream machine. The best way to experience your car is to drive it. Never mind if it’s just a short commute to and from work--just like Grant’s five-minute drive to his office. To this engineer, there’s no better way to bond with the car. Don’t’ believe us? Watch the video produced by Petrolicious. Oh, and turn up the volume to truly enjoy the sound of the Porsche 930’s awesome motor. 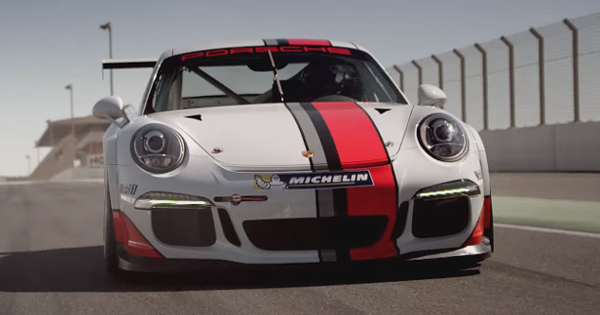