Not your father’s Volkswagen

As a child of the ’70s, I had always thought of the Volkswagen brand as synonymous with the iconic Beetle. It was our first family car, and we simply called it the Volks. Our late father, many years later, would fondly recount how excited we were on the day he first drove it home. We started climbing all over the small, odd-looking car with its engine in the back. We had many fond memories with that car. It almost felt like a member of the family.

Growing up, I later learned the history of the Volkswagen brand, which one of my older sisters insisted should be pronounced folks-vahgen, German for “people’s car.” Its purpose, as mandated by Adolf Hitler himself in 1937, was to provide affordable and reliable cars for the masses. And, by the ’70s, the Beetle was one of the most popular and cheapest cars in the Philippine market.

Of course, as a young girl, I was oblivious to the fact that Volkswagen had many other cars, like the Passat and the Type 2 ‘Bus’ (better known as the Kombi). And, with the economic and political uncertainties going into the ’80s, the brand eventually virtually disappeared from our market altogether.

The return of Volkswagen Philippines

After a long absence, the Volkswagen brand returned in 2013 via the Ayala Group’s automotive portfolio. And Volkswagen Philippines included in its early offerings the 2014 Beetle, capitalizing on the Bug’s heritage and nostalgia. Like its younger siblings also rolled out locally, such as the Golf and the Polo, the Beetle was revamped and repositioned to target a more premium market, catering to the more stylish set looking to own their first European car. 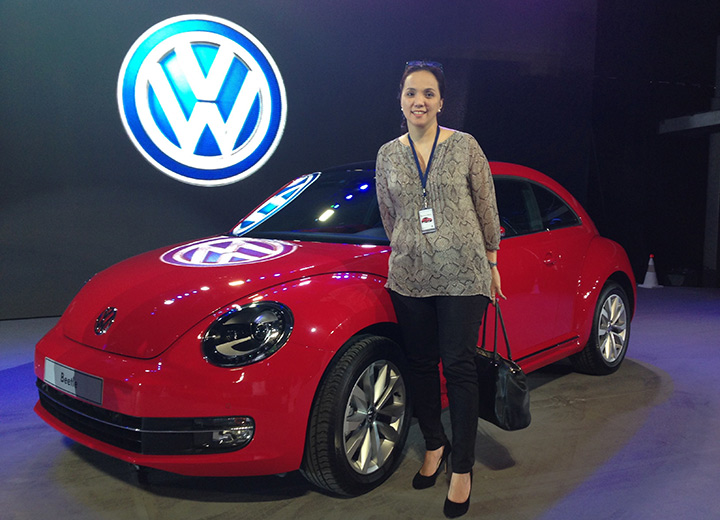 To beef up its presence and ensure better after-sales support, Volkswagen Philippines also quickly grew its dealerships to nine—six in Luzon and three in Visayas. But, last year, as the local car industry braced itself for the impact of the TRAIN law, the car company created buzz by announcing that it was revamping its line-up and launching five cars sourced from its partner in China—the Santana, the Santana GTS, the Lamando, the Lavida, and the Tiguan. Thanks to the ASEAN-China Free Trade Area agreement, lower import duties meant better access to German-engineered cars.

As game-changing as it was to launch a car with a European badge at about the same price as a Japanese or Korean one (with the Santana starting at P686,000), the move left many wondering what the pivot to China meant besides allowing the company to price its cars more competitively.

The pricing, of course, was welcome news. In fact, my initial thought during the launch event was that the car brand was living up to its name. Personally, I’m the practical type —I drive my personal Japanese sedan, my husband’s Japanese SUV, and my company-issued Korean crossover. But, it’s admittedly hard to ignore the negative connotation of something China-made, in spite of the fact that many revered non-Chinese brands (like Apple, for instance) are produced there.

From most accounts, like this Top Gear road trip video, the German DNA remains apparent in the new China-assembled Volkswagen cars. Even so, Volkswagen invited members of the motoring media to Auto Shanghai 2019  last week to get a better appreciation of China’s importance to the future, of not just the cars they’re rolling out in the Philippines, but also in the global motoring scene.

For starters, China is the world’s biggest car market. More than one in every four cars sold globally is sold there. Notwithstanding a softening experienced last year due to the global economy and trade issues with the US, China cornered 27.5% of the 82 million cars sold worldwide. For some perspective, approximately 350,000 cars were sold in the Philippines last year.

As for the Volkswagen Group, 40% of the 10 million cars it produced last year were in China. It’s safe to conclude, then, that China is crucial to the group’s standing as a global powerhouse. It is now the biggest car manufacturer in the world, with 12 brands under its portfolio that include Audi, Bentley, and Porsche.

Volkswagen’s presence in China is comprised of three companies: two manufacturers— SAIC Volkswagen in Shanghai; FAW Volkswagen in Changchun; and Volkswagen Import in Beijing. SAIC Volkswagen was the group’s first joint venture in China, started in 1984 with the Santana as its first car. Volkswagen eventually became so popular in China that one of its nameplates, the Jetta, was spun off into a separate brand. 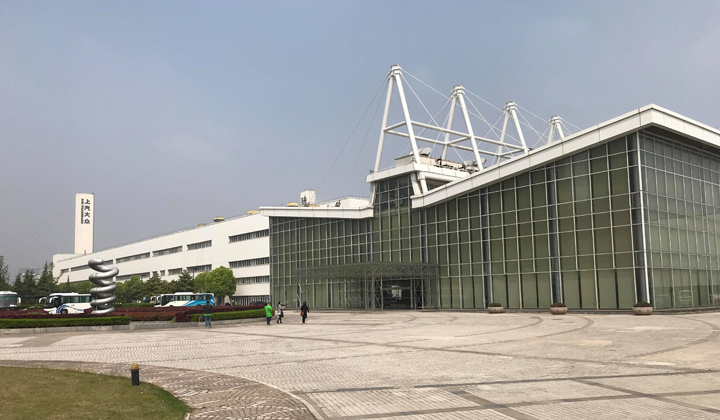 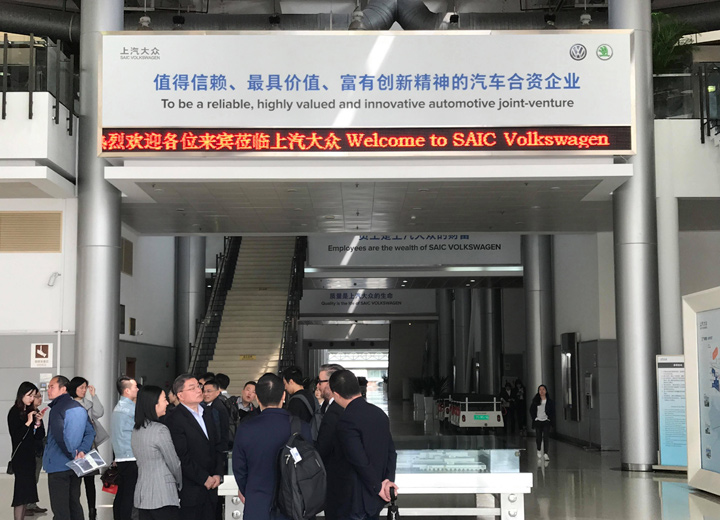 Volkswagen Philippines sources its cars from SAIC Volkswagen, which has nine factories mostly located near China’s central coast. This partnership is unique in that our country is the only one so far where they export to. As SAIC Volkswagen senior director of sales Immo Buschmann shared, the company is not currently inclined to export anywhere else as it keeps building new factories just to keep up with the demand in China.

The factory we visited is in the town of Anting, about 30 kilometers from Shanghai’s city center. It has three plants, each producing a different car—Plant 1, the Polo; Plant 2, the Lavida; and Plant 3, the Tiguan.  The company prides itself in being able to set up factories worldwide in a manner that Volkswagen Philippines marketing director Franz Decloedt assures is practically a “copy and paste” of the production lines in Germany. Every plant uses universal components of the Volkswagen Group’s production system, such as the inline measurement robots evident as we rolled into its Plant 3 body shop.

As Buschmann also highlighted, the joint venture started out with Volkswagen bringing in German engineering and SAIC taking care of marketing. Explaining further the importance of the technology Volkwagen brings to the table, he added the Germans are among the most demanding customers in the world when it comes to cars. “In a place where there are no speed limits and you step on the brake ten times, you still expect the brake to work the eleventh time,” he shared.

Over time, of course, SAIC Volkswagen has merged the way it does things, using SAIC’s local market knowledge to produce cars specially designed for the Chinese market.

The Lavida, for example, is a four-door compact sedan specifically designed for the Chinese market and was launched about 10 years ago as a small family car. It eventually became the best-selling car in its category, with 500,000 units sold annually. It is now so ubiquitous, being the popular choice of taxi operators, that it has become what Volkswagen Philippines president Felipe Estrella III calls “the workhorse of the Chinese economy.”

On top of the five China-assembled cars launched last year, Volkswagen Philippines is looking to add two SUVs this year. To date, we’re in a guessing game as to which models these will be. The Philippine executives are tight-lipped and Estrella teasingly hinted that these nameplates will start with the letter T. But, lo and behold, all SUVs on display at the recently held Auto Shanghai 2019 started with the letter T: T-Cross, T-Roc, Tharu, Tayron, Tiguan, and Teramont. Our best guess is that the T-Cross will be one of the two coming to our shores. The other one could be the Teramont. Both are assembled by SAIC Volkswagen.

On a larger scale, perhaps China’s biggest impact on the global automotive industry will be in how it is driving electric mobility, or new-energy vehicles (NEVs, a broader term that includes plug-in hybrid, battery, and fuel cell autos). To date, it already produces 1 million NEVs a year.

While its push for NEVs started over a decade ago, China is expected to see a major boost this year with increased regulation (such as a cap-and-trade system of carbon credits car companies can use to comply with NEV quotas) and infrastructure support (such as incentives for start-ups involved in infrastructure). Consumers are also incentivized with rebates and special green plates.

As Buschmann shared, NEVs have consistently grown year-on-year across all segments of the market. And as the largest foreign car manufacturer in China, Volkswagen is responding with a Euro 10-billion investment. Globally, the Volkswagen Group has earmarked Euro 34 billion on e-mobility. Its strategy is two-pronged. First, it is introducing electric (hybrid and battery) versions of some of the popular cars in its current line-up. By the end of this year, it will have produced its first fully electric car, the eLavida. 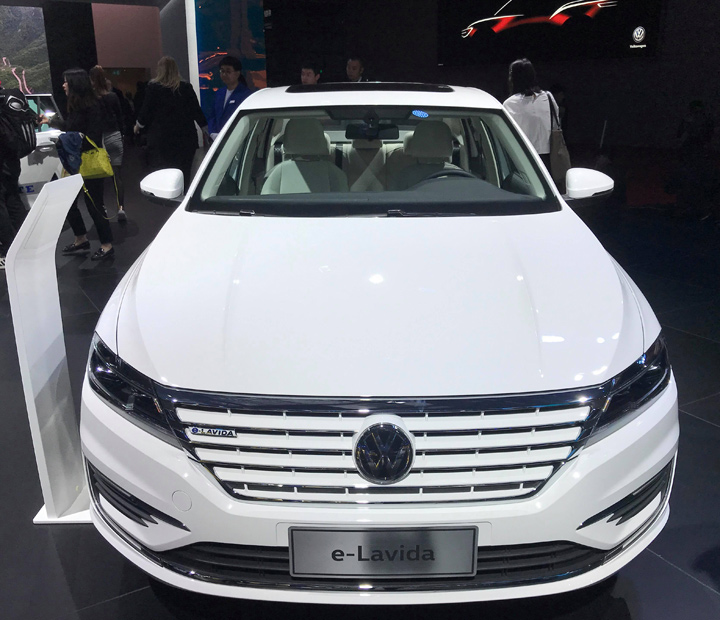 As the brand’s most popular car, Buschmann added, the eLavida is the perfect “ambassador” for electric mobility. Consider it the first electric people’s car, if you will.

Second, it is building new cars under the I.D. family using the MEB platform (a modular architecture for electric cars being used across the group’s subsidiaries). As Buschmann shared, these will be manufactured in a couple of plants being built just down the road from the one we visited. Among the models soon to be released will be the I.D.Roomzz, an electric SUV and veritable superstar at the recent Auto Shanghai event, expected to be rolled out by 2021. 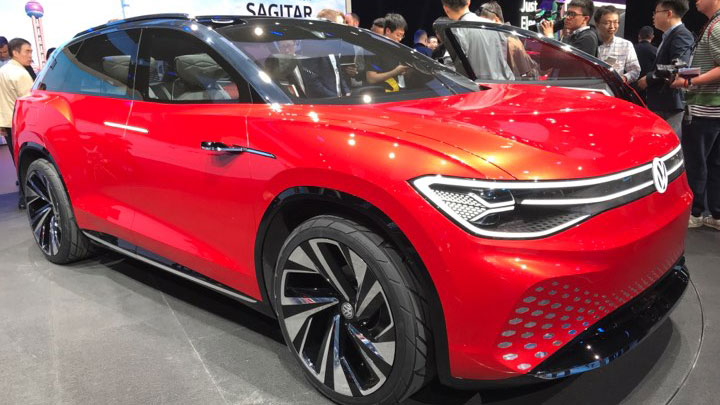 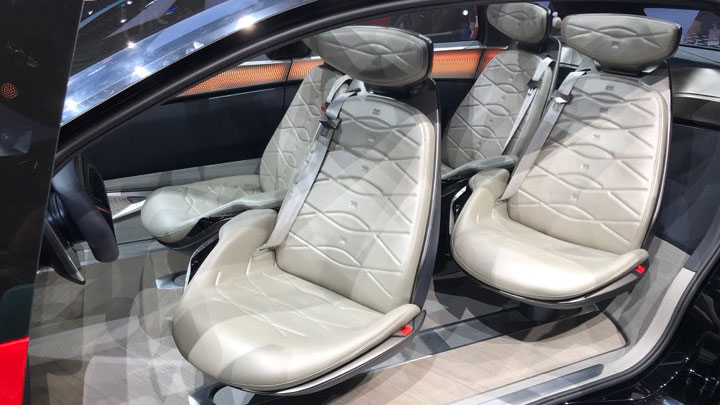 Times have certainly changed since my father first drove home our beloved Volks. From geopolitics and China’s rise as a superpower, to the automobile’s accelerating evolution into self-driving electric cars. Also, on a sad note, the Beetle itself is slated to be discontinued this year. After 80 years in production, from my father’s Type 1 to its final special edition being rolled out abroad, the nameplate is scheduled to be retired in the next few months.

But, who knows? It may someday live again as an electric car the same way the Kombi will soon become the I.D.Buzz. As Volkswagen America CEO Heinrich Woebcken famously said about the Bug’s possible resurrection: “Never say never.”

In which case, my grandchildren will have a far more interesting story to tell. 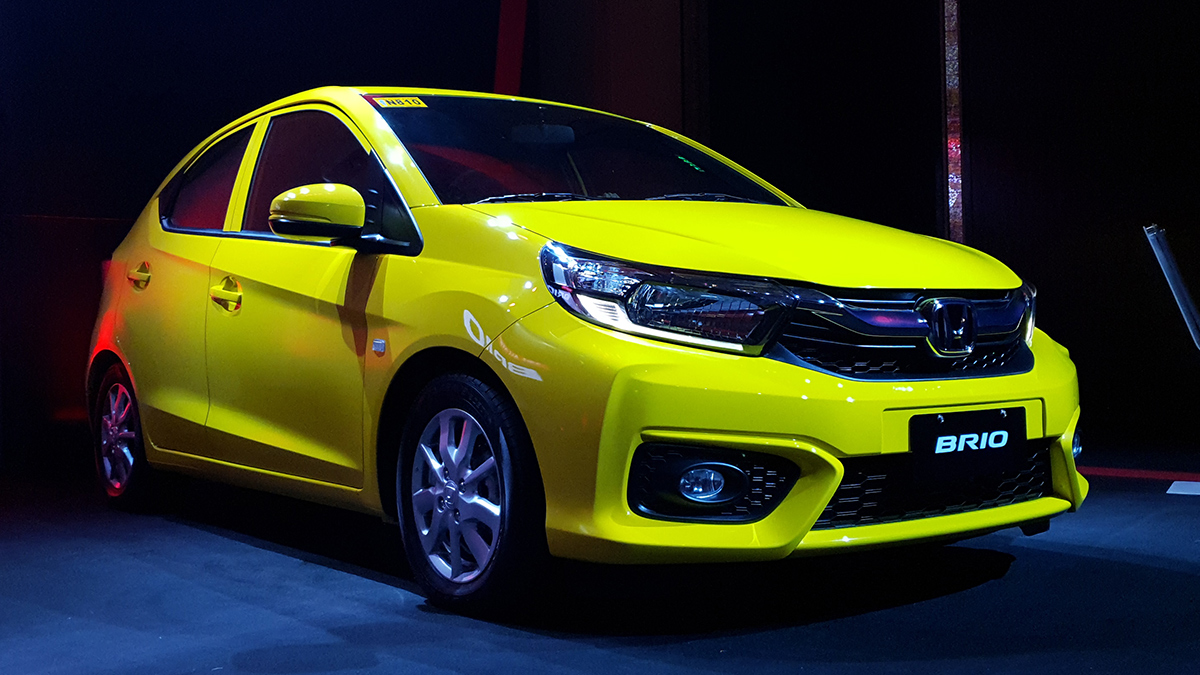 22 Images: The all-new Honda Brio is a feisty-looking city hatch
View other articles about:
Read the Story →
This article originally appeared on Topgear.com. Minor edits have been made by the TopGear.com.ph editors.
Share:
Retake this Poll
Quiz Results
Share:
Take this Quiz Again
TGP Rating:
/20