The new Lexus ES is now in PH with a P3.758-M starting price

The classiest Japanese sedan in the country?
by Drei Laurel | Dec 10, 2021
CAR BRANDS IN THIS ARTICLE 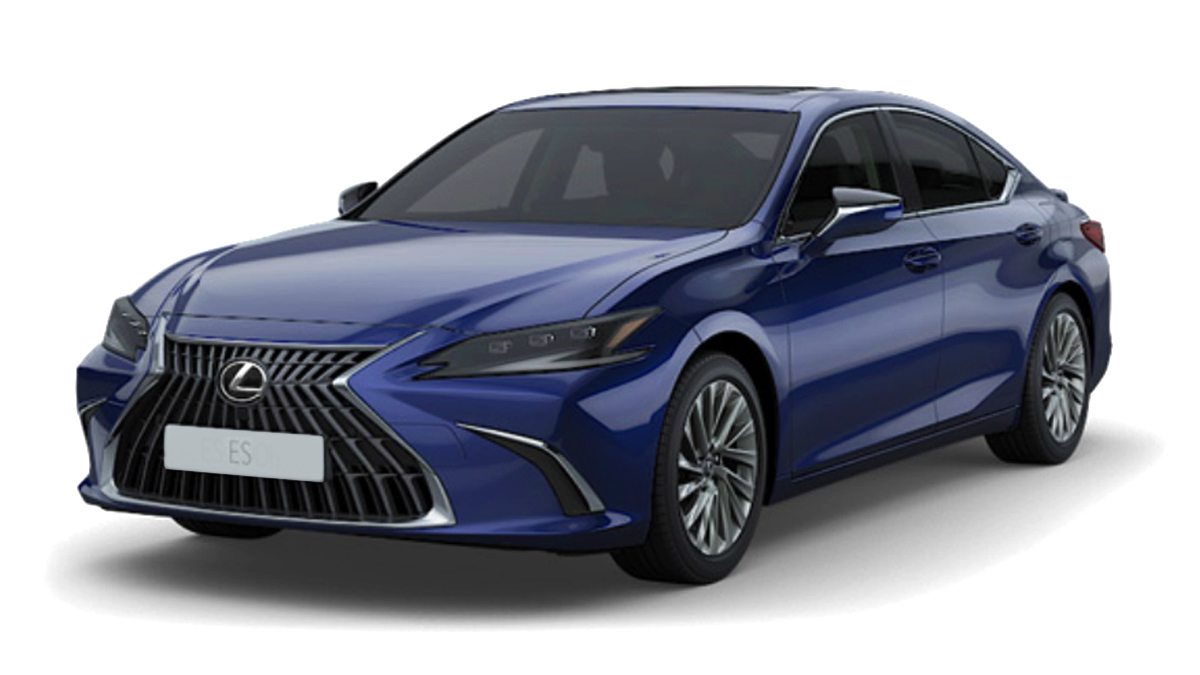 Forget about fancy suits. In the Philippines, few things scream to the world that you’ve made it like being chauffeured around town in the rear of a shiny executive sedan. If you’re moving up in the world and feel it’s time to swap your current ride for something more upscale, Lexus Philippines’ latest release might be of interest.

The 2022 Lexus ES has just been launched in the Philippine market and will be available in two variants. The first is a hybrid, and the top-of-the-line offering is powered by a V6 engine. Check out the official prices and variants below: 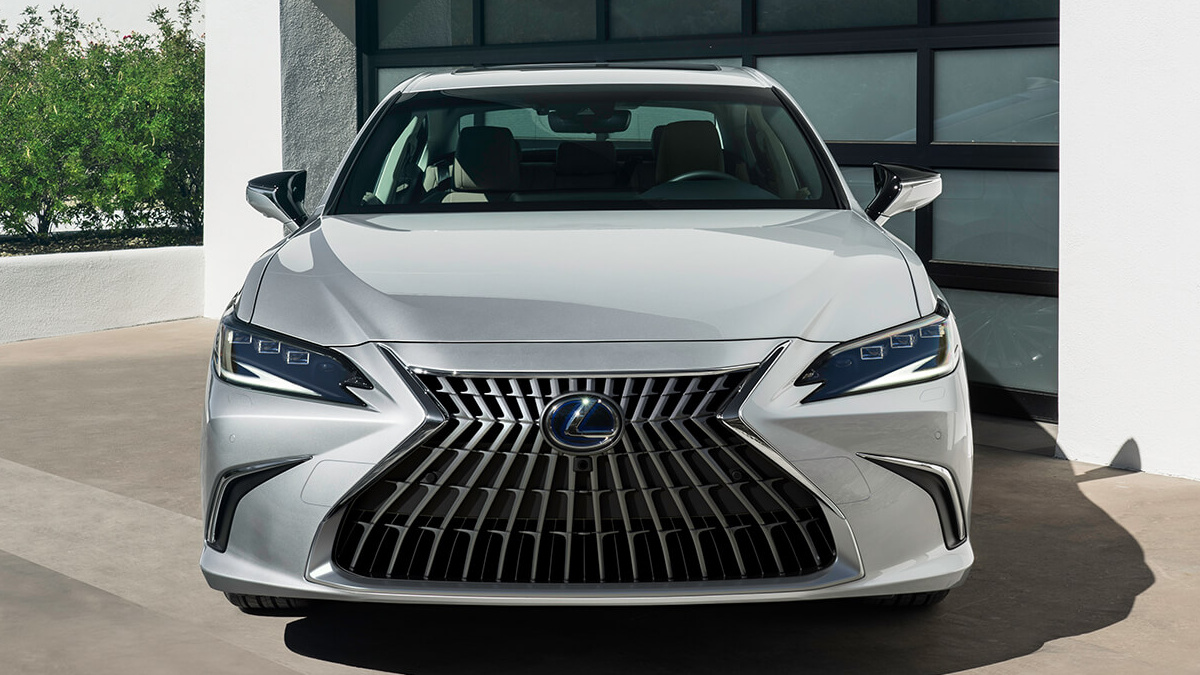 The ES300h is powered by a hybrid setup that uses a 2.5-liter gasoline engine paired with an electric motor and a battery tucked underneath the rear seats. Its total system output is listed at 176hp and 221Nm of torque. The higher-end unit, meanwhile, is propelled by a 3.5-liter V6 engine with 299hp and up to 356Nm. Both options are mated to an eight-speed automatic transmission.

Lexus has also made a few other mechanical improvements here. The rear suspension has been enhanced to provide better handling and comfort, and alterations have been made to the model’s brake system, too. 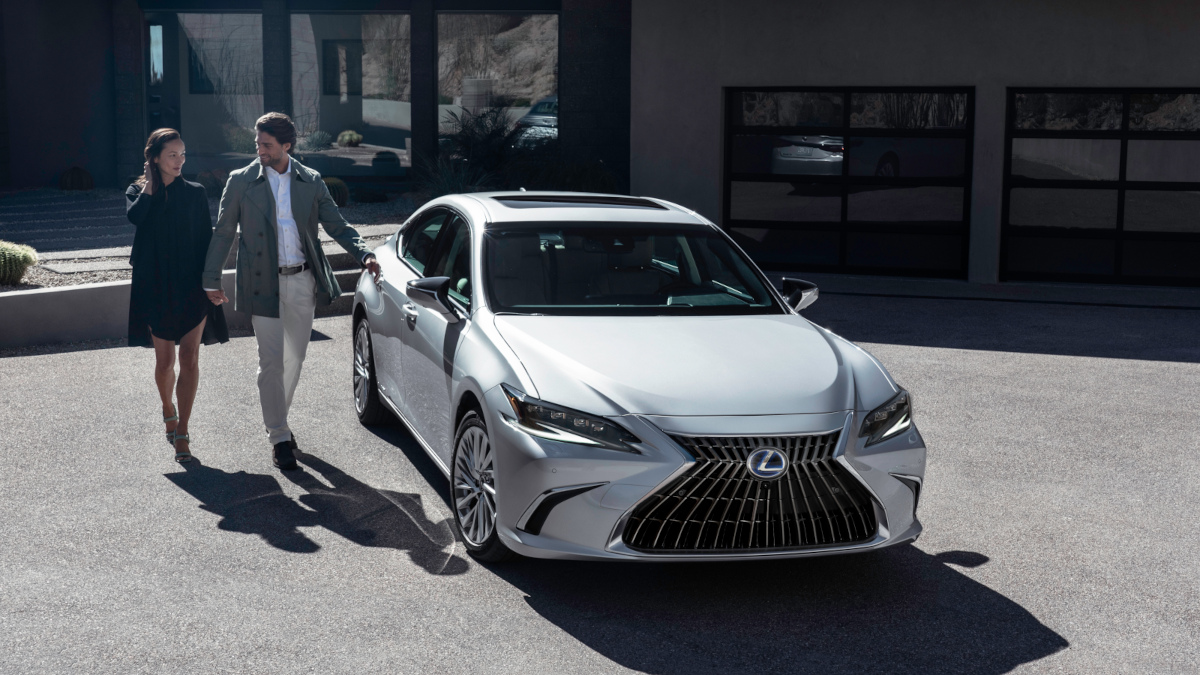 When it comes to safety features, however, the Premiere is clearly a cut above its more affordable counterpart. The top-spec version gets advanced tech like dynamic radar cruise control, adaptive high beams, lane-departure alert, rear cross-traffic alert, and a blind-spot monitor. 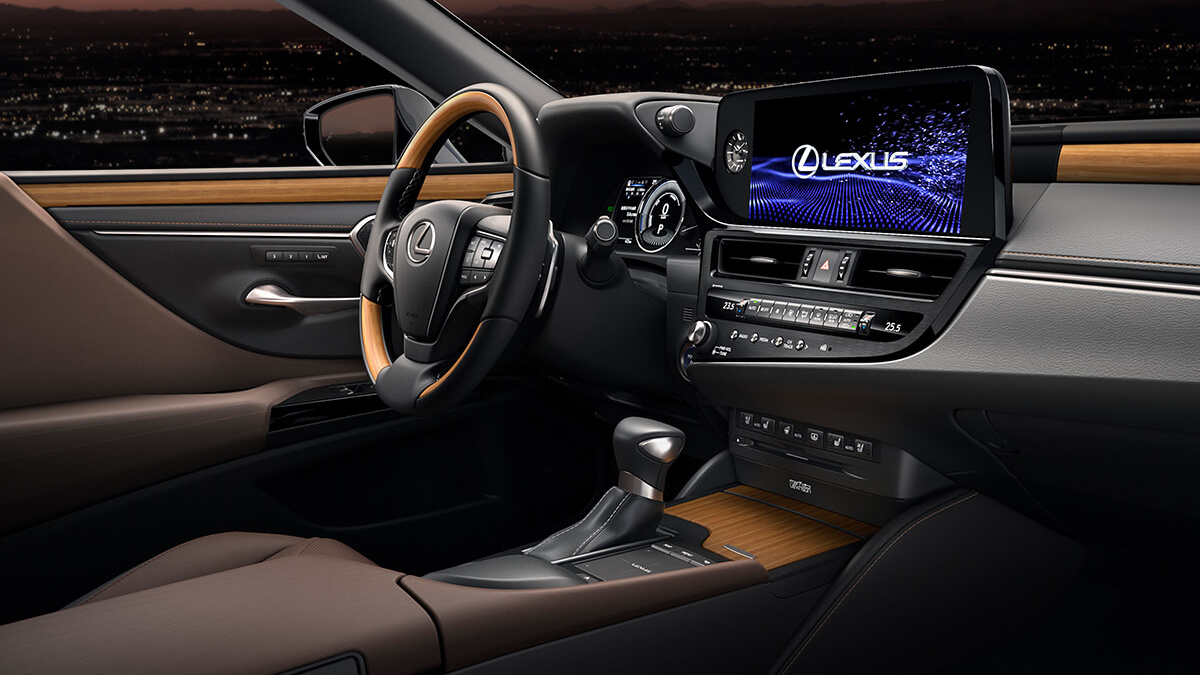 Both Lexus ES variants flaunt sharp looks both inside and out. Up front, a massive grill that spans a good portion of the fascia is flanked by sleek swept-back headlights and adorned with attractive chrome accents. The long hood and sides get a clean treatment, while the rear caps things off with large headlights and an attractive strip of chrome. Top-spec units run on 18-inch alloys, while the hybrids get 17-inch ones.

Inside, the ES flaunts a relatively minimalist aesthetic with a nice mix of soft-touch materials and premium surfaces. The images seen here show off a clean layout on the center console and driver’s area, as well as contrasting colors on the dashboard and door panels. Eight-way power adjustment is also available for the sedan’s front occupants. 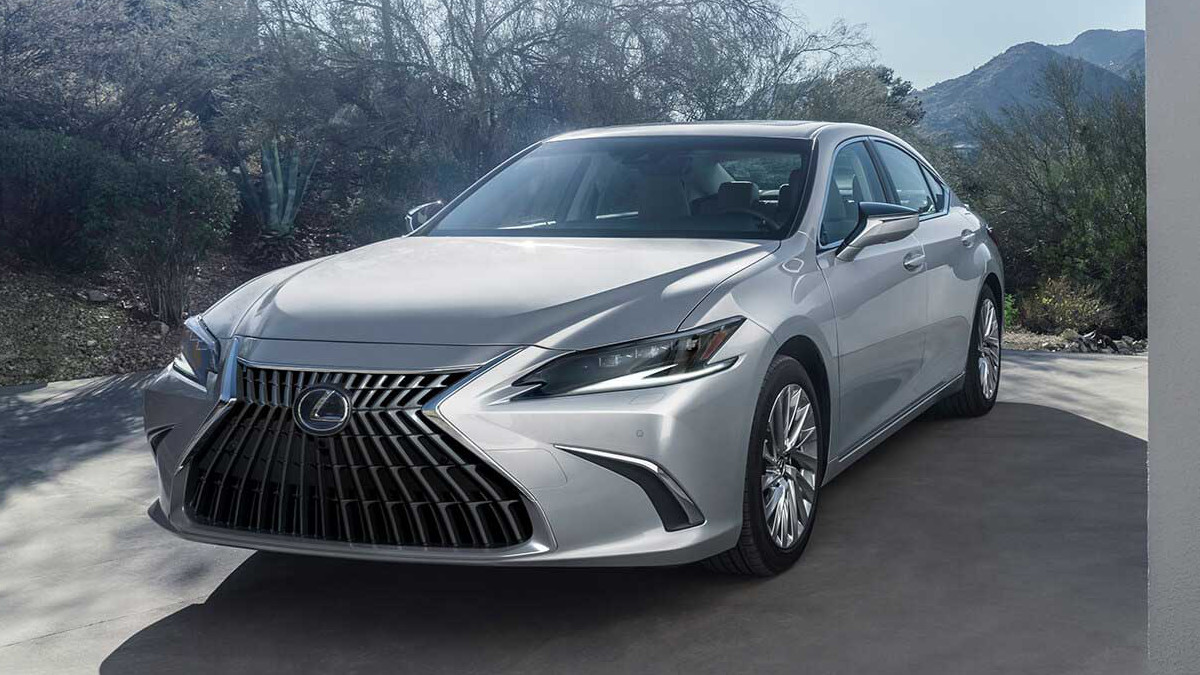 If you’re aiming for something executive from a Japanese brand, it’s hard to go wrong with the ES. Do you like what Lexus has done for this 2022 update? Let us know in the comments. 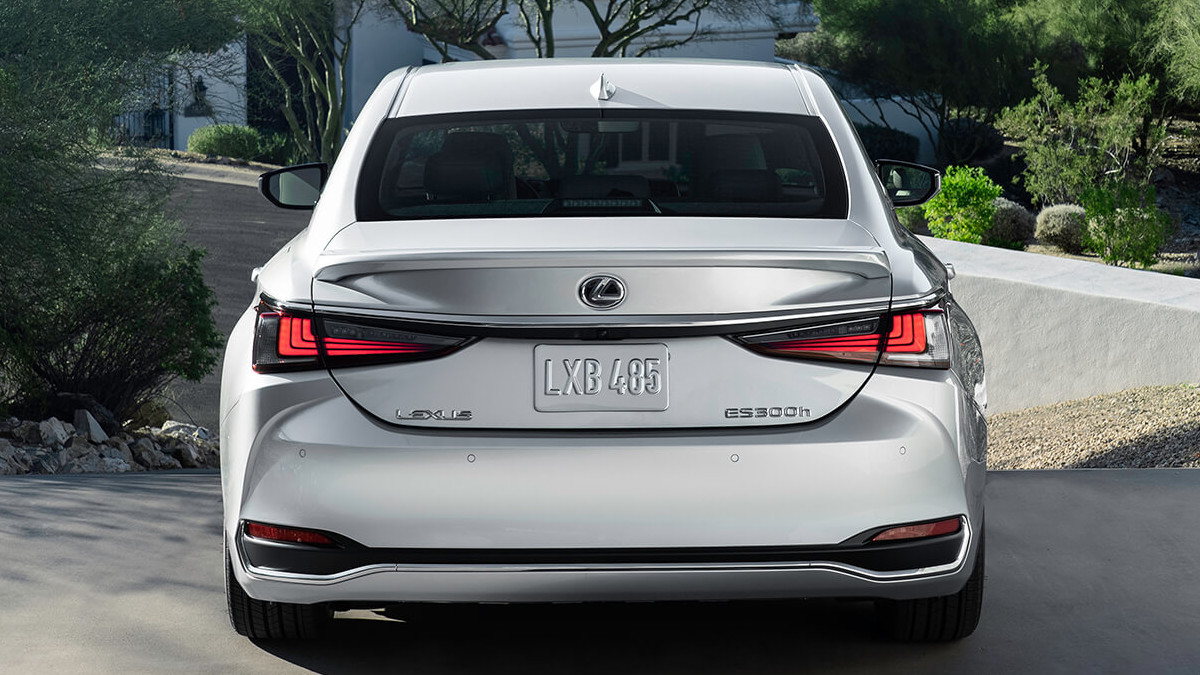 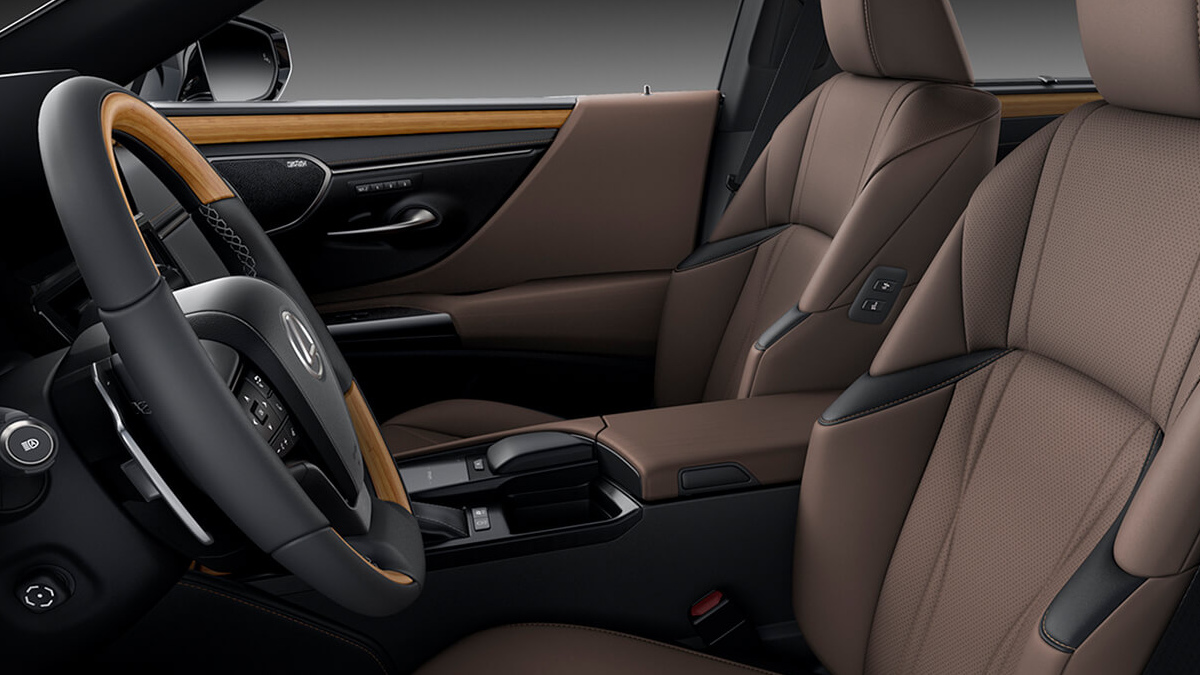 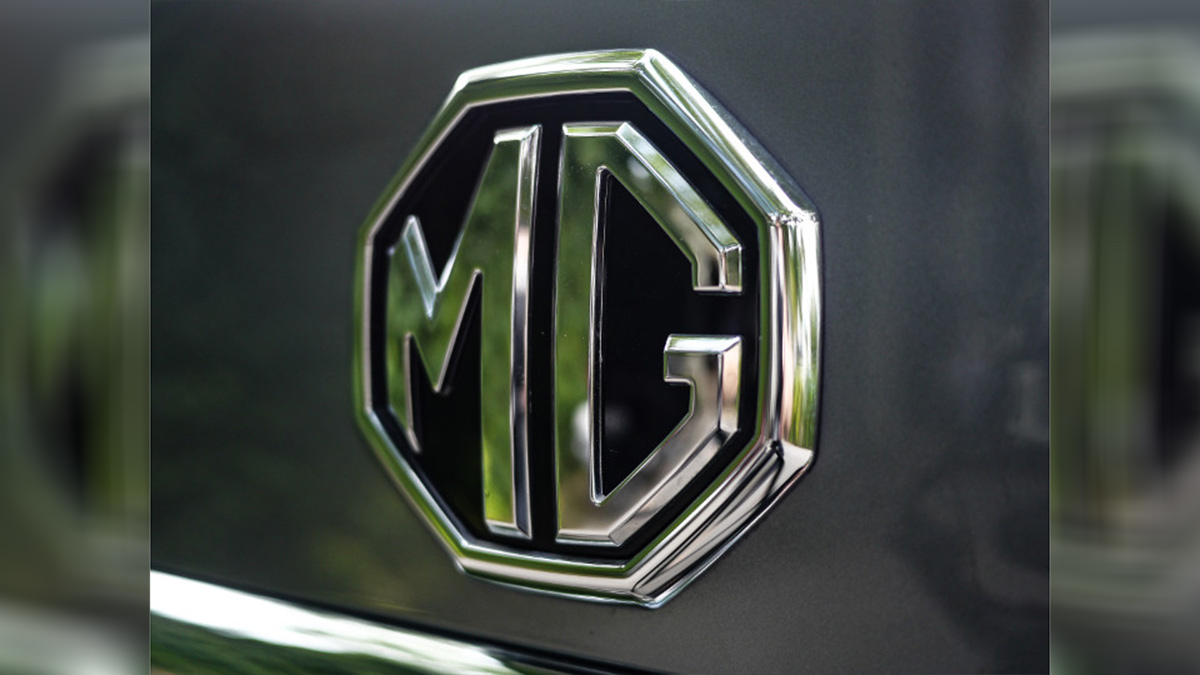 MG PH and Shopee are giving away a sedan on 12.12
View other articles about:
Read the Story →
This article originally appeared on Topgear.com. Minor edits have been made by the TopGear.com.ph editors.
Share:
Retake this Poll
Quiz Results
Share:
Take this Quiz Again
TGP Rating:
/20