The Aston Martin Bulldog is not an easy car to upstage, but if anything in the world of high-performance transport can do it, a 65,000-ton warship gives it a good go. The flight deck of the HMS Prince of Wales (R09) will soon be teeming with F-35B fighter jets, but right now, it’s all about a quasi-mystical British concept car.

Do you remember the Bulldog? If you happen to be a child of the ’70s and a Top Trumps aficionado, it’ll have been seared into your memory along with the likes of the Panther Six, the Monteverdi Hai, and some loony piece of unobtanium from Swiss maverick Franco Sbarro. Designed by the late Bill Towns, the Bulldog dates from the same era in Aston Martin’s topsy-turvy history as the utterly magnificent Lagonda sedan. Towns, it seems, had a problem with curves. 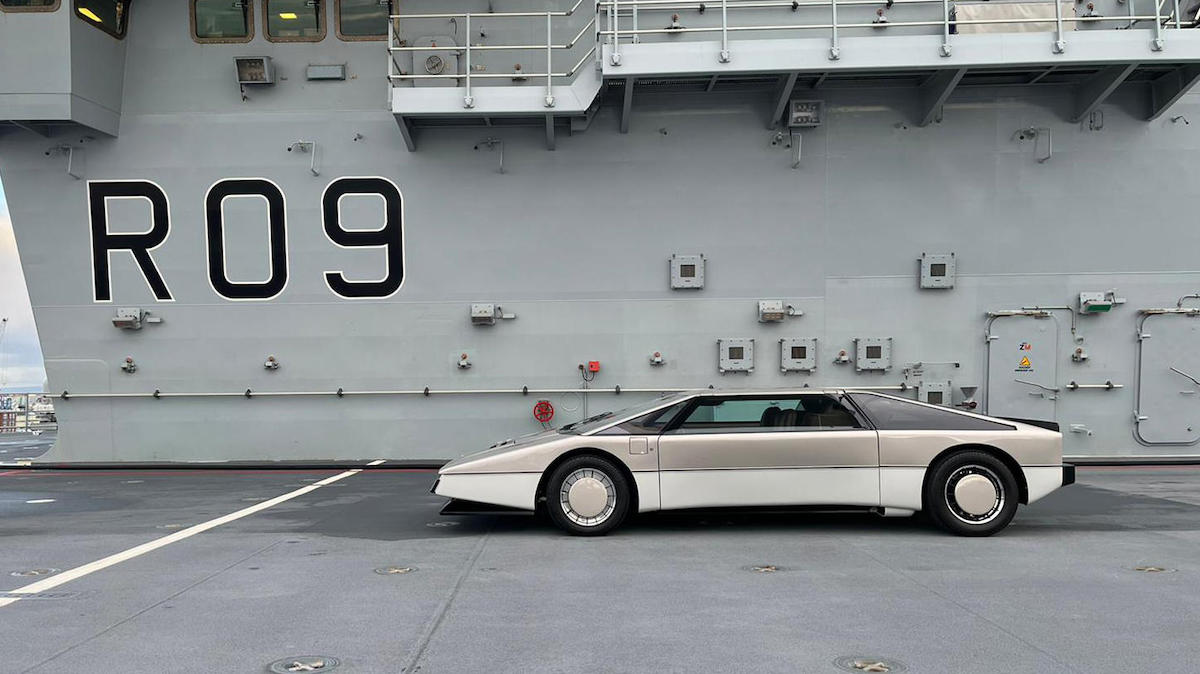 He also set the coordinates for an automotive future that never quite materialized. Former Aston Martin chairman—and savior—Victor Gauntlett decided the car would be too expensive to put into production, and reluctantly canned it back in 1981. Destined to be a one-off, the Bulldog was subsequently sold to a collector in Saudi Arabia, before making its way to the US, and eventually being mothballed somewhere in the Far East. But it’s no mere footnote. Committed collector Philip Sarofim, who also owns the wondrous Bertone Stratos Zero, rescued it and has recommissioned it. Clearly, another man who disavows curvy cars.

Guided by Gauntlett’s gregarious and highly entertaining son Richard, a major restoration began several years ago, at Shropshire-based classic-car experts CMC. And the team has done an astounding job, not just returning the Bulldog to its former glory, but elevating it some way beyond. 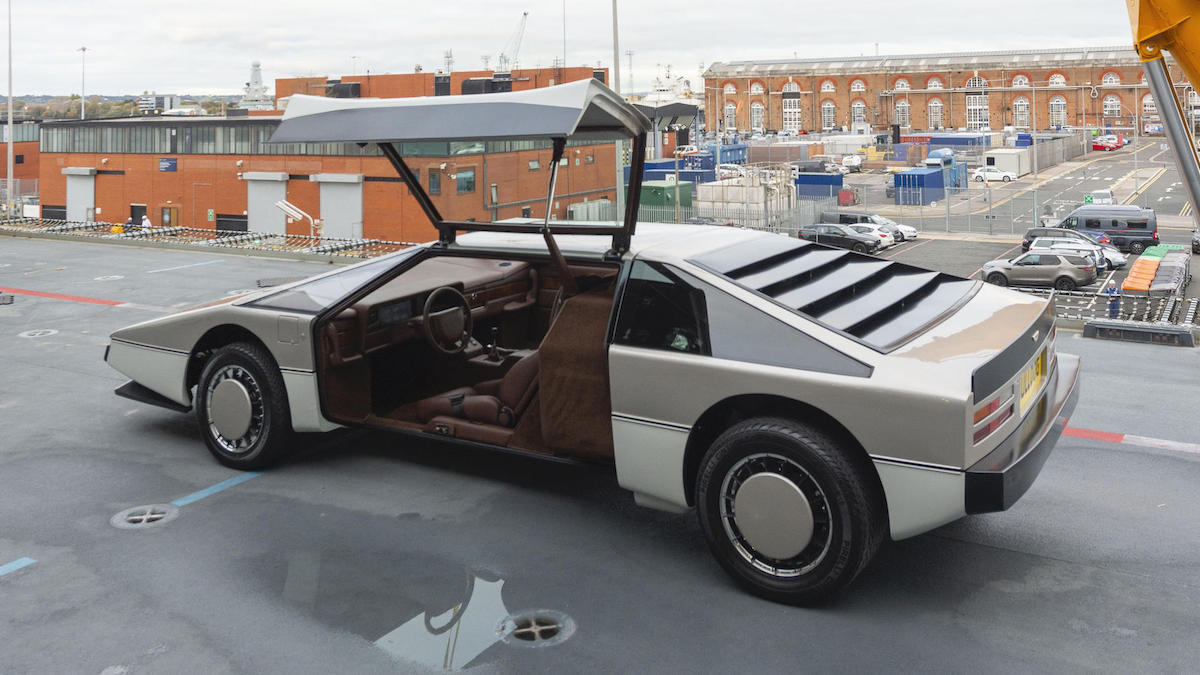 According to CMC’s managing director Nigel Woodward, the car was largely intact when it arrived at their facilities, if somewhat careworn after its most recent sojourn. A two-year restoration saw the Bulldog painstakingly stripped then reassembled. The tubular steel spaceframe was reinforced, substantially improving the car’s torsional rigidity. The original’s 5.3-liter V8 has been completely rebuilt, bored and stroked to 5.7 liters, and now has a pair of Garrett turbochargers running 0.9 bar of boost (the original’s fuel-injection had been switched out in favor of some recalcitrant Weber carbs).

Top Gear understands that the engine is currently good for 650hp with another 200hp not out of the question. That said, it frazzled CMC’s dyno before it was getting fully into its stride. 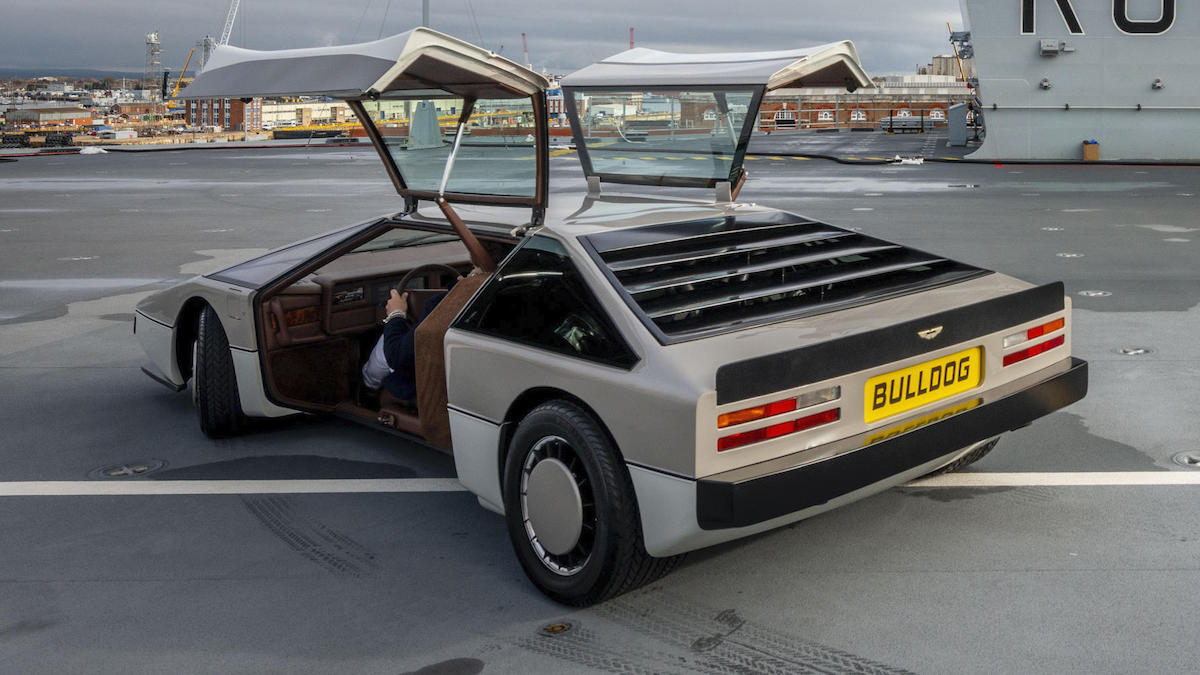 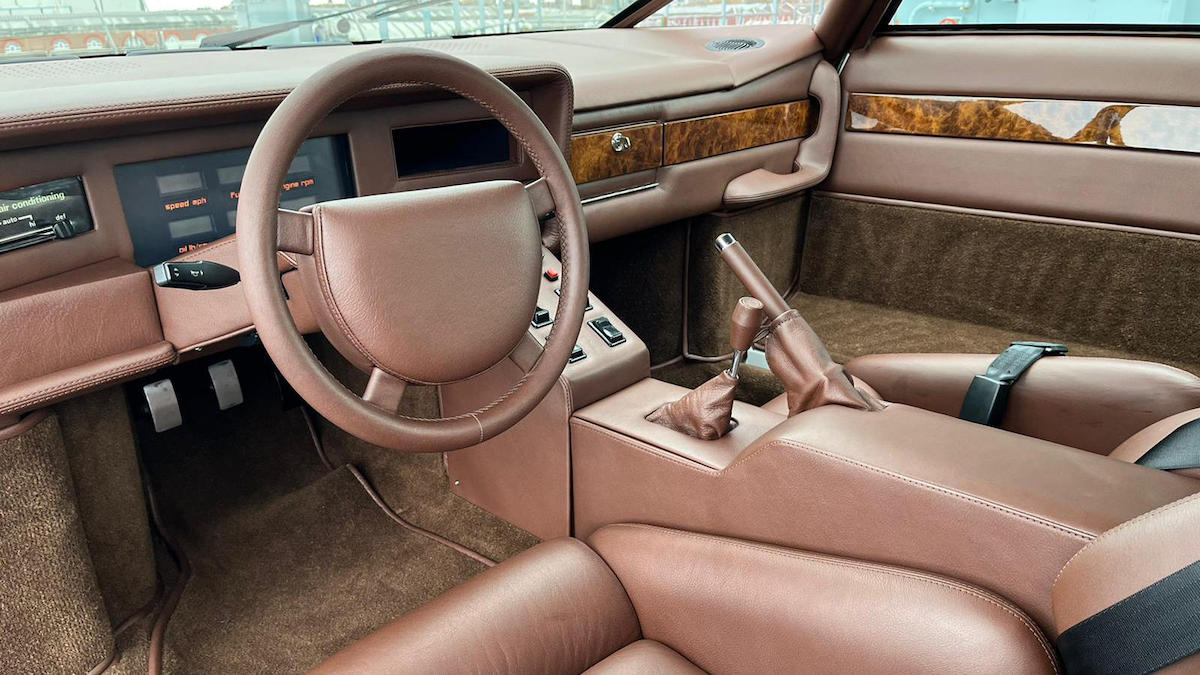 Aston Martin endurance racing legend Darren Turner has agreed to pilot the Bulldog on a high-speed run to the 200mph (322kph) top speed that so captured the imagination—of former Top Gear TV presenter Noel Edmonds, among others—back in the day. That’s a punchy ambition for a 40-year old one-off with, shall we say, period-appropriate levels of downforce. At least he’ll be sitting in super comfortable seats, fabulously well-upholstered in the original Connolly leather (Darren, that is, not Noel).

The Bulldog’s return is one of 2021’s happier automotive stories, and its presence on the flight deck of the HMS Prince of Wales makes for a brilliantly incongruous sight. This is the Royal Navy’s first fifth-generation aircraft carrier, a nine-deck ocean-going behemoth powered by two Rolls-Royce Olympus jet engines and six humongous diesels. She’ll carry up to 36 F-35B Lightning IIs, four Merlin helicopters, and 1,600 crew aboard when she’s deployed under commanding officer Captain Steve Higham. 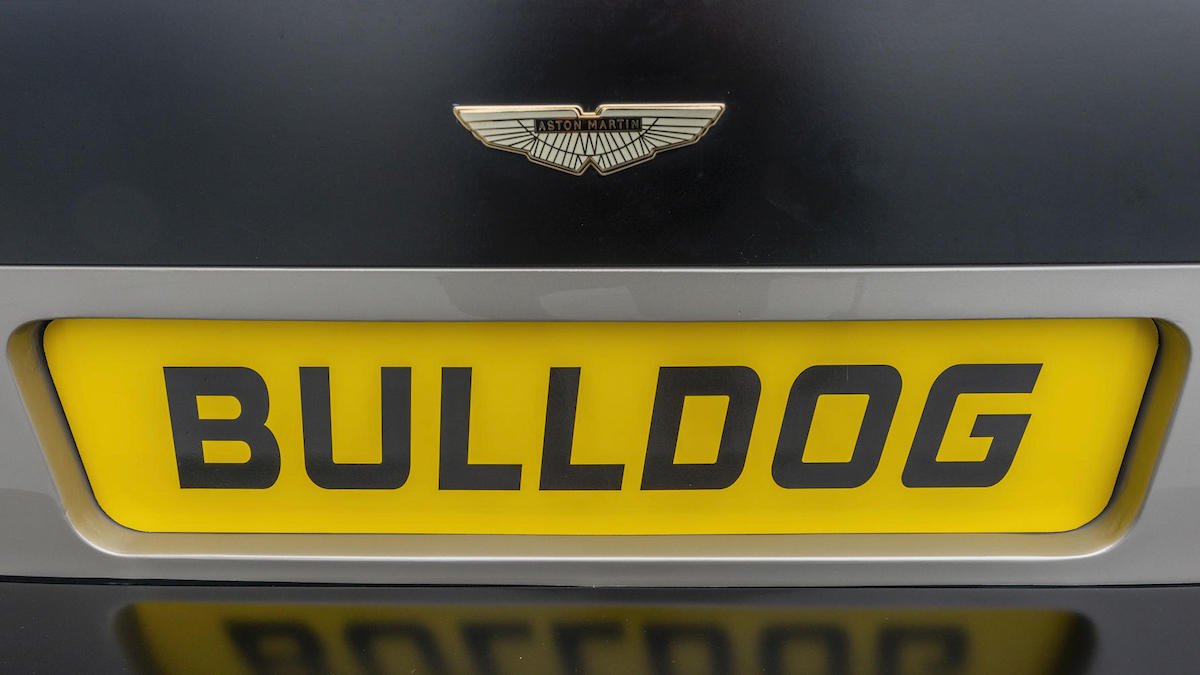 She’ll do 25 knots and has a range of 10,000 nautical miles. Our favorite fact: Designated sections of her flight deck receive a thermal spray coating that fires powdered aluminum and titanium through a jet of plasma at temperatures up to 18,000°C. The molten droplets quickly solidify to create a 2-2.5mm-thick surface that bonds to the steel beneath, enough to cope with the massive heat created by the thrust of the F-35Bs. Cost? A mere £15 million (P1 billion) per section. Here’s another one: The glass in the Flight Command ‘island’ costs £1 million (P66.7 million) per pane.

Oh, here’s one final fun fact for anyone reading who’s planning an assault on the HMS Prince of Wales: The ship’s bridge is housed in the other island, and if one of the two islands were to get taken out, each is designed to assume the other’s full functionality. (Top Gear can also report that the food in the canteen is delicious.) 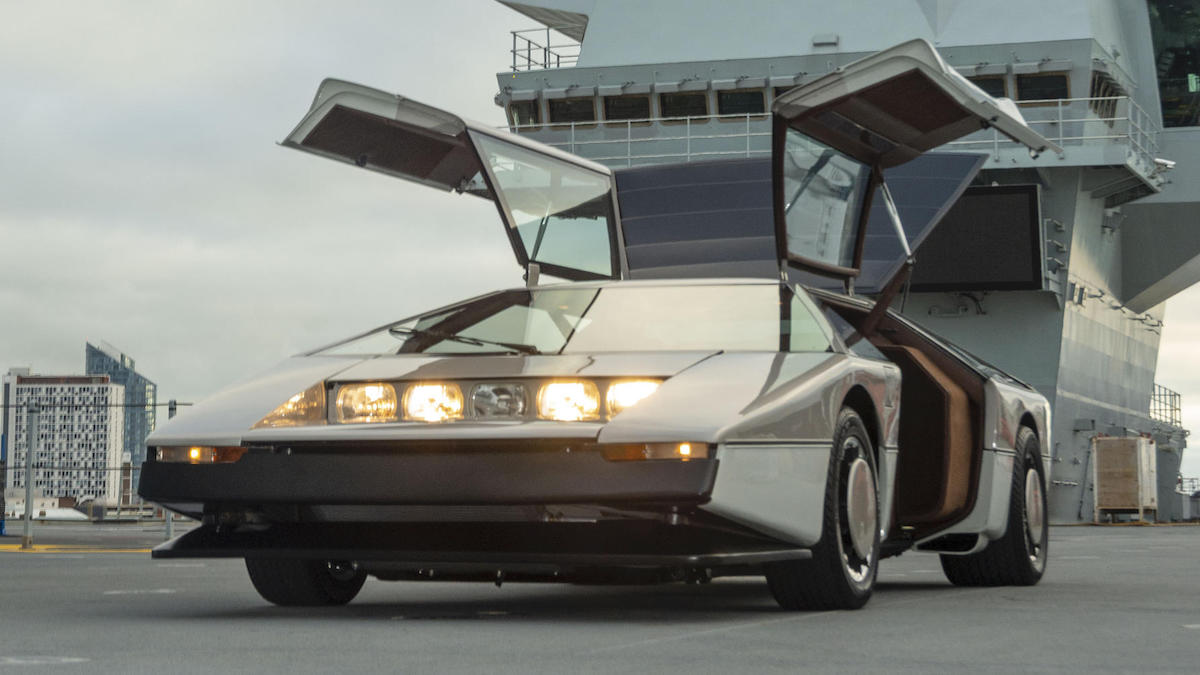 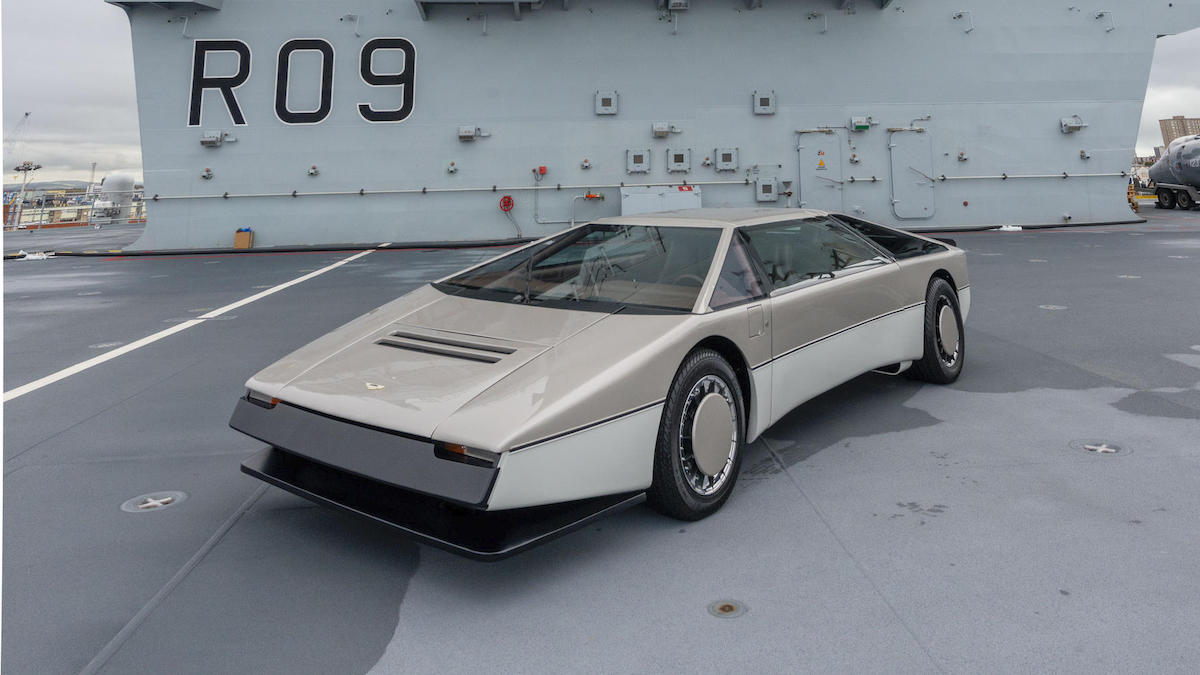 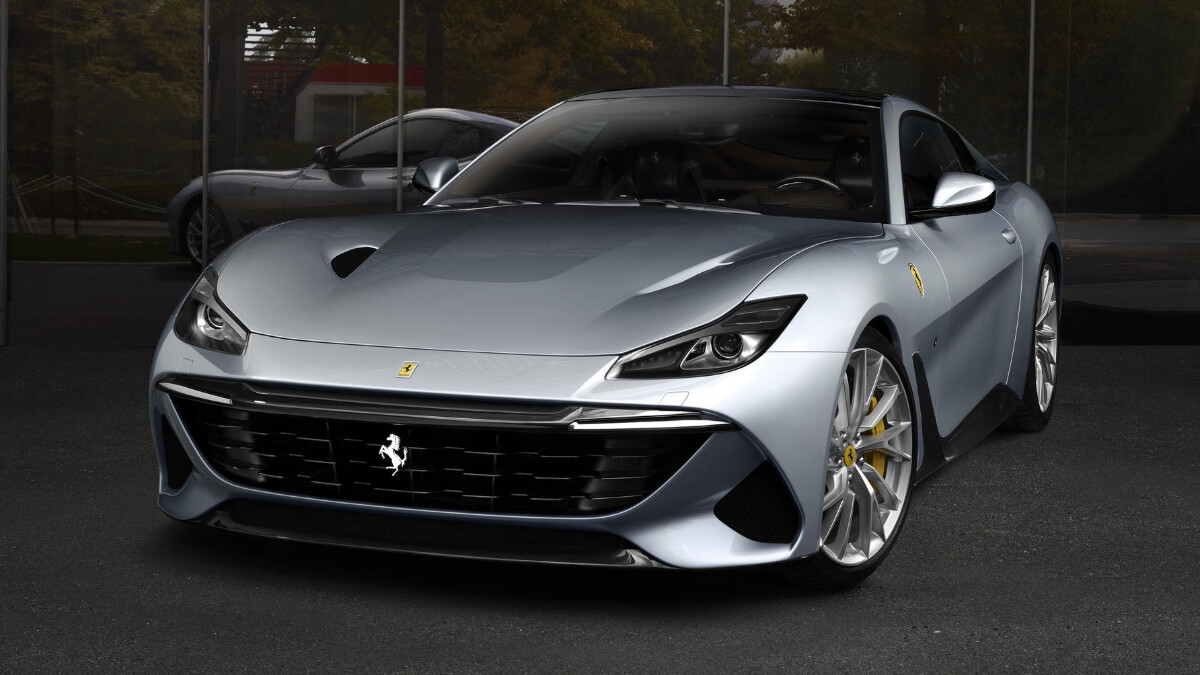 The Ferrari BR20 is the GTC4 Lusso transformed into a glorious two-seat one-off
View other articles about:
Read the Story →
This article originally appeared on Topgear.com. Minor edits have been made by the TopGear.com.ph editors.
Share:
Retake this Poll
Quiz Results
Share:
Take this Quiz Again
TGP Rating:
/20