Ford’s Mustang-inspired, all-electric SUV is almost upon us

’Stang fans: Is this a good thing or a bad thing?
by Sharleen Banzon | Oct 25, 2019
CAR BRANDS IN THIS ARTICLE

High-performance electric vehicles are very much the rage these days—perhaps much to the chagrin of Tesla, whose once-unshakable hold on this segment is now being challenged left and right.

You may recall that just recently, Porsche managed to get Elon Musk all triggered when the Taycan became the fastest four-door EV around the Nordschleife. Yet another reason for the California-based carmaker to be on the lookout is the Polestar 2, which looks like it could be a very serious contender to the Model 3.

And now comes another potential challenger—from a fellow American brand, no less, and inspired by one of the best-known models in the history of cars. Ford has announced that on November 17 in the US, it will finally be unveiling its all-electric SUV modeled after the Mustang. Check out the teaser video below:

Elements of the Mustang’s styling are certainly apparent on SUV’s profile, based on the requisite preview sketch of the silhouette: There’s the power bulge, the defined haunches, and the distinct lighting signatures on both front and rear ends, including the sequential taillights. The greenhouse outline, while not as sharply sloped toward the rear, follows the general shape of the coupe’s. There’s also a hint of a rear-mounted roof spoiler.

No info on the powertrain has been released other than it will be fully-electric. We’ve still got more than a couple of weeks before the scheduled reveal, so maybe Ford will release a couple more teasers and be a bit more generous with the details.

So, a Mustang-inspired SUV—does the thought of it make you excited or outraged? 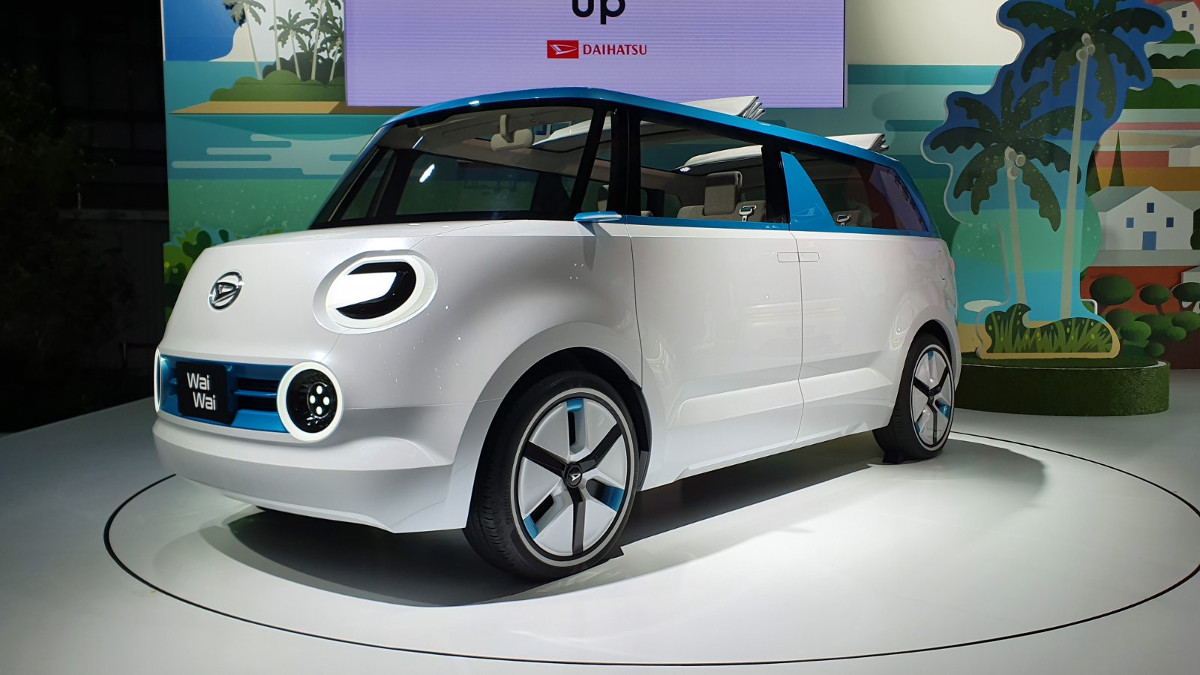 10 Images: Daihatsu’s quirky concept cars look even better in the metal
View other articles about:
Read the Story →
This article originally appeared on Topgear.com. Minor edits have been made by the TopGear.com.ph editors.
Share:
Retake this Poll
Quiz Results
Share:
Take this Quiz Again
TGP Rating:
/20