This is your first look at the brand-new Kia EV6. Well, it’s actually your second if you count the unlit teaser shots from last week. Oh, and full technical details won’t be revealed until a ‘world premiere’ later this month. But still—worth having a gander at the images we now have here.

The EV6 is Kia’s first dedicated EV and sits on the new E-GMP platform that’s shared with the decidedly more retro Hyundai Ioniq 5. The Korean carmaker says this is also the first car to adhere to its new design philosophy of ‘Opposites United.’ We hope you’re ready for some marketing, uh...prose: “The philosophy is based on five key design pillars: Bold for Nature, Joy for Reason, Power to Progress, Technology for Life, and Tension for Serenity. 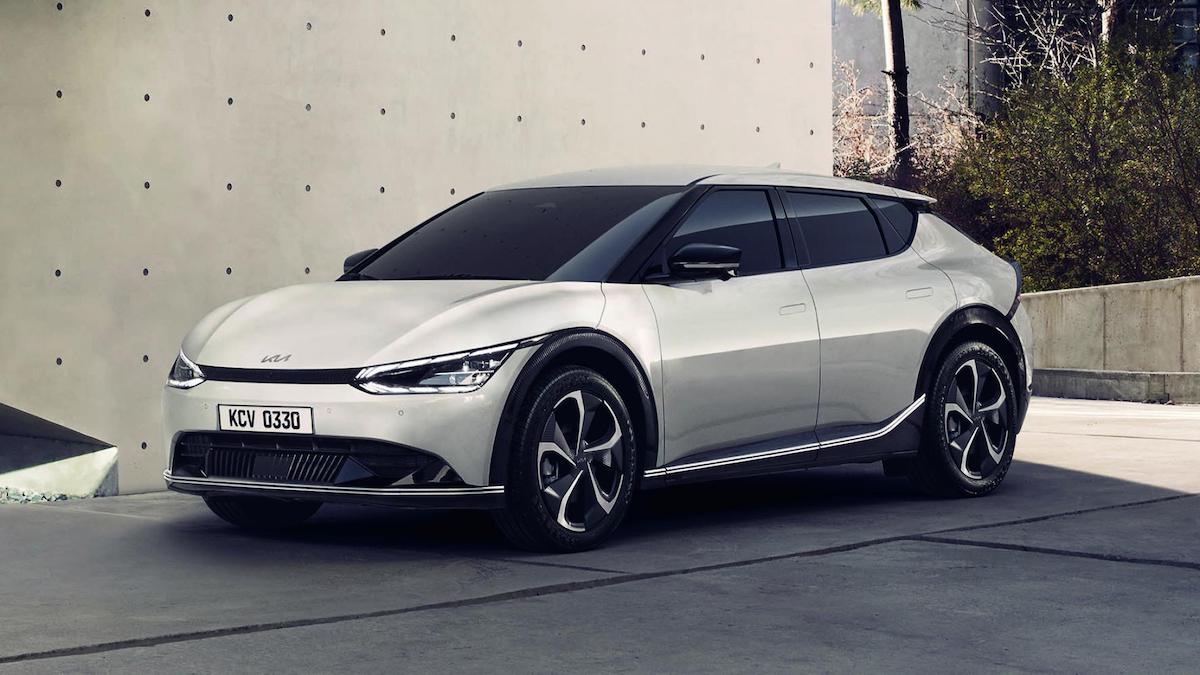 “At the center of the design philosophy is a new visual identity evoking positive forces and natural energy, with contrasting combinations of sharp stylistic elements and sculptural shapes.”

Because of course. Anyway, the philosophy will be carried across all of Kia’s future models (EV or otherwise) and includes an updated version of the tiger-nose grille. Kia’s head of design Karim Habib also confirmed to Top Gear that other elements—such as that rear lightbar and the swept-back windshield—might not necessarily be carried over, but that the principles would remain the same. 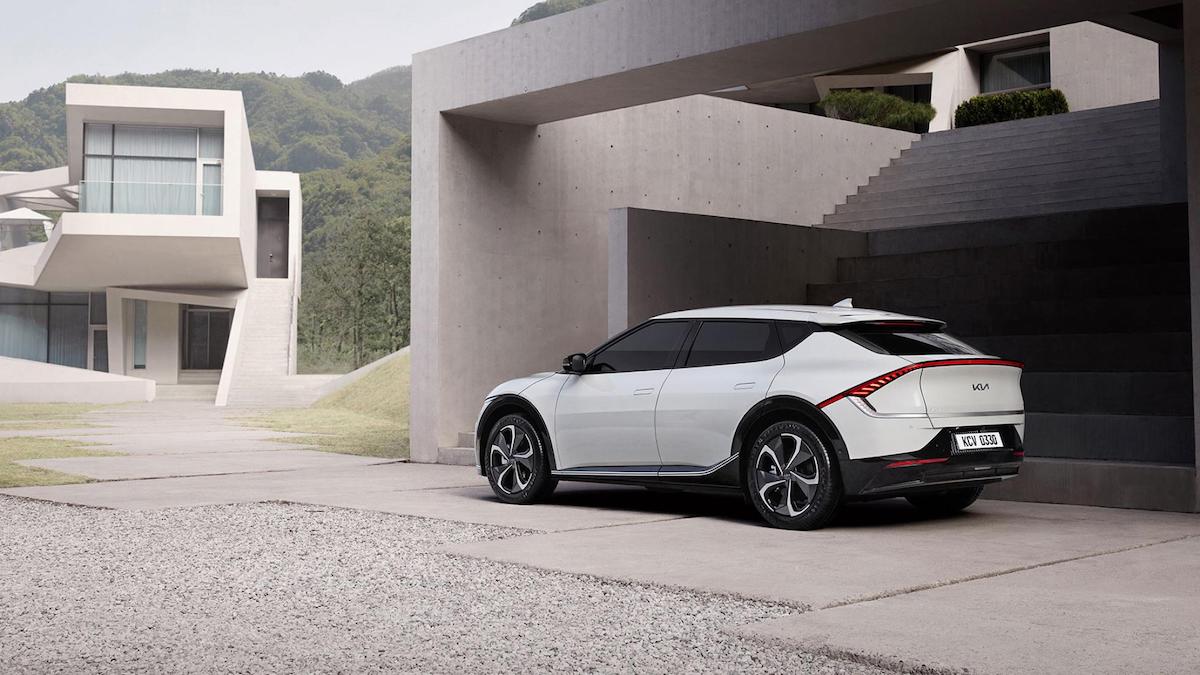 On the subject of that rear light bar—is anyone else getting hefty Aston Martin DBX vibes? Elsewhere, there’s a new front light signature and chunky rear-wheel arches, as well as the now-familiar black plastic seen on almost every crossover.

As with the exterior, the interior isn’t quite as bold as the Ioniq 5’s. The most striking feature is the large, curved dual-screen setup that incorporates both the dials and the infotainment screen, while the climate controls are apparently haptic ‘buttons.’ The seats are slim, lightweight units, and are clad in fabrics made from recycled plastics. 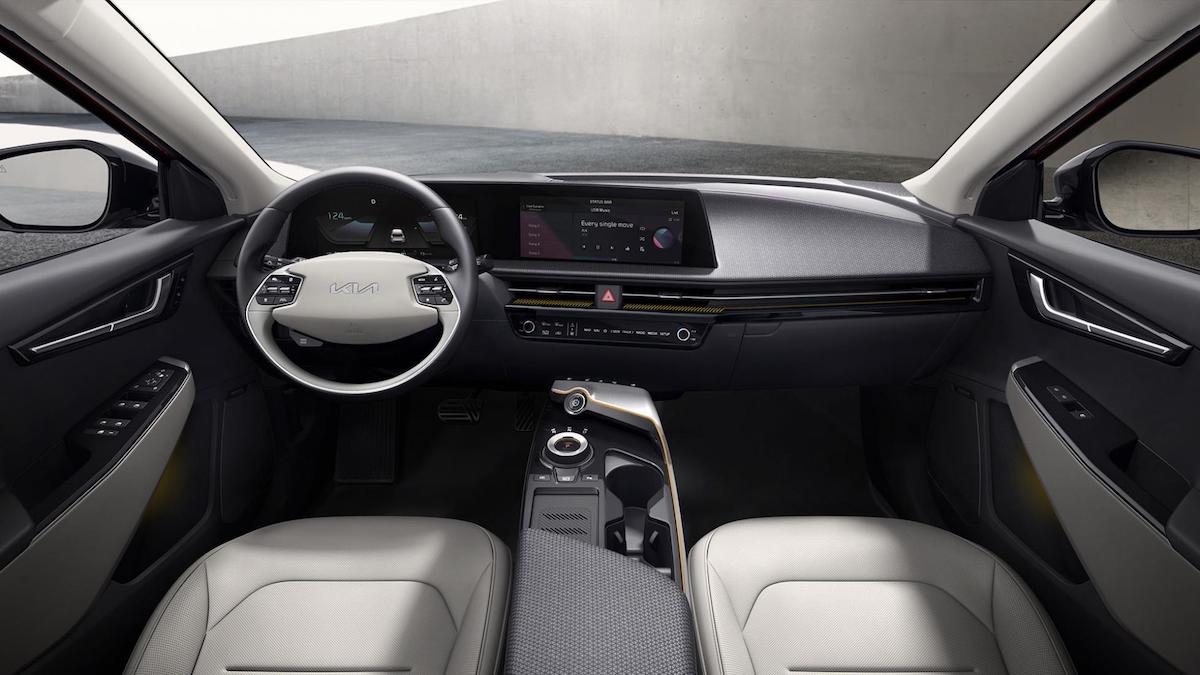 As previously mentioned, Kia hasn’t released any technical details just yet. Hyundai’s E-GMP offering will be available in either single-motor rear-wheel-drive or dual-motor all-wheel-drive forms, though, and can be had with a 58kWh or 72.6kWh battery. Expect to see similar here.

So, which would you choose? The EV6 or the Ioniq 5? Answers in the comments below. 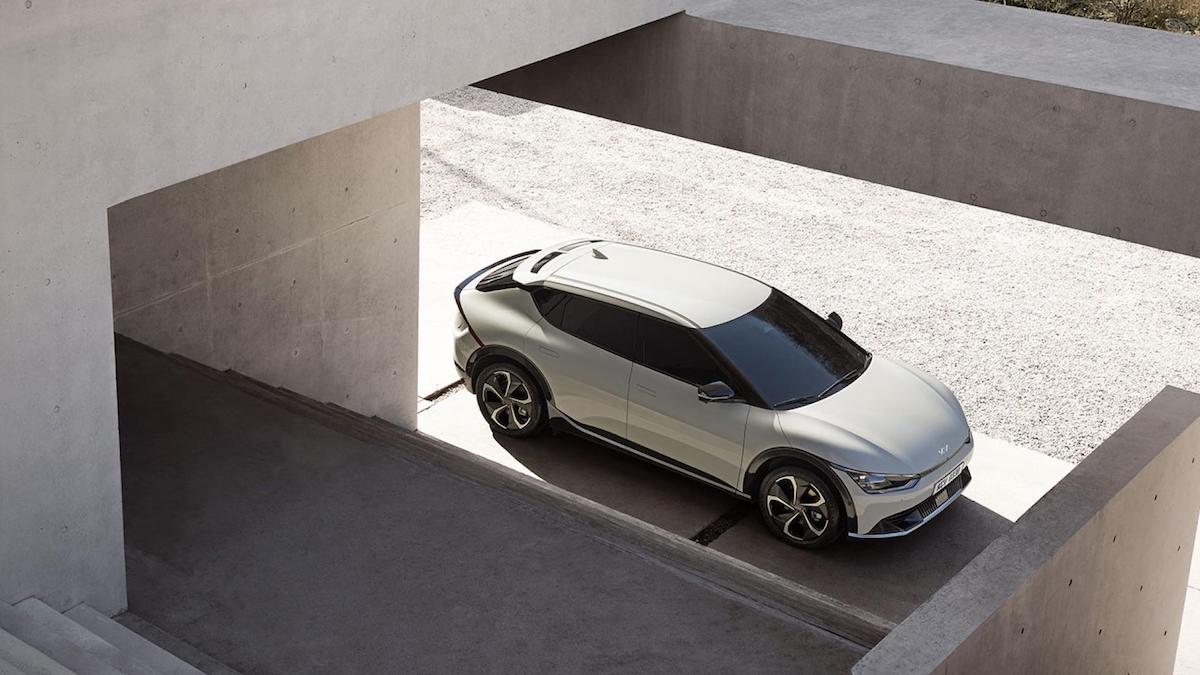 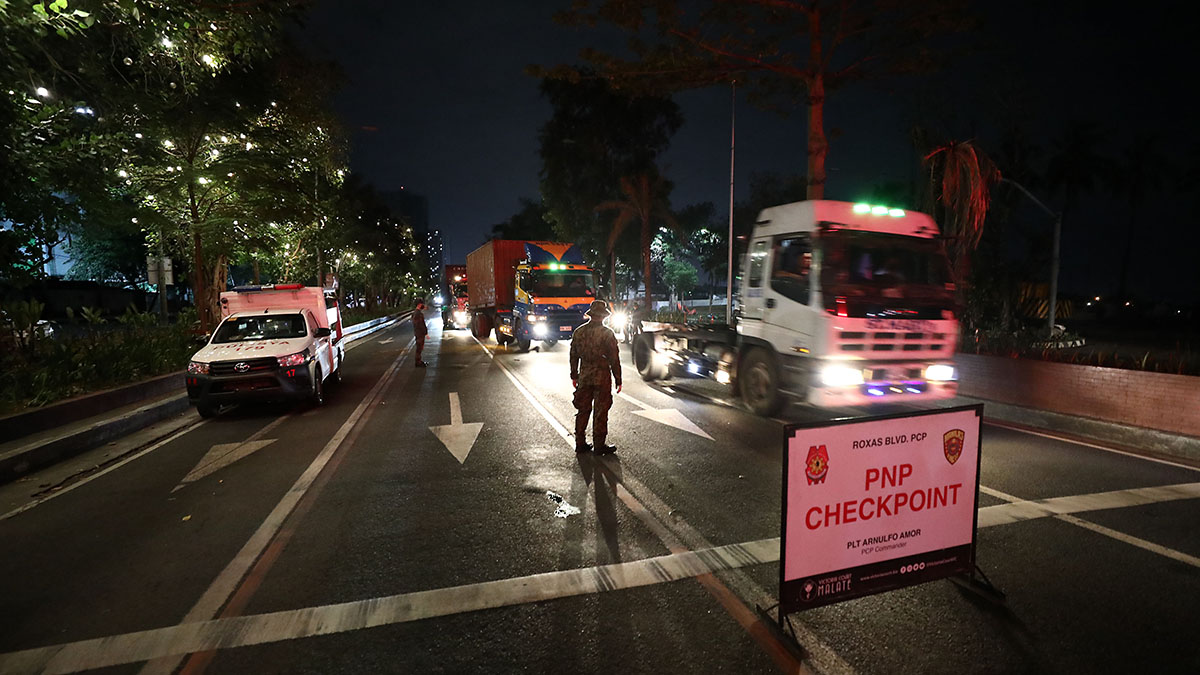 More than 300 checkpoints and thousands of police to be deployed around NCR
View other articles about:
Read the Story →
This article originally appeared on Topgear.com. Minor edits have been made by the TopGear.com.ph editors.
Share:
Retake this Poll
Quiz Results
Share:
Take this Quiz Again
TGP Rating:
/20