An interview with Tetsuya Tada, the Toyota Supra’s chief engineer

Will the Supra have faster, lighter versions? A roadster? Here’s what to expect
by Ollie Marriage | Mar 16, 2019
CAR BRANDS IN THIS ARTICLE

The new Toyota Supra isn’t here yet. So far we’ve only driven a disguised prototype, but that doesn’t mean we don’t want to know what Toyota might have in store for the Supra further down the line. With that in mind, we sat down with chief engineer Tetsuya Tada to find out about faster ones, slower ones, manual ones, tuner ones and ones that might look a bit different...

Can we expect some fast Supras? 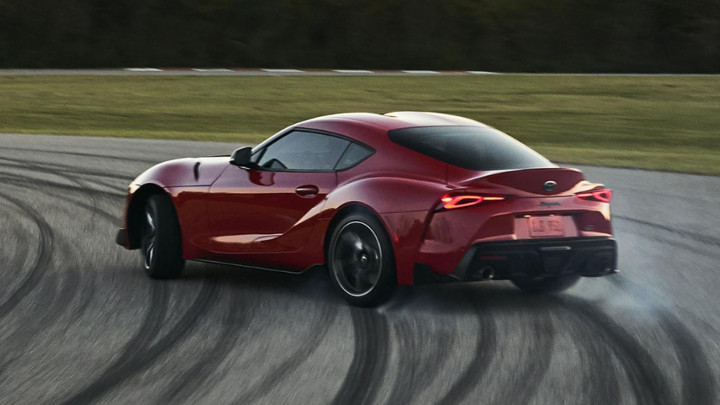 I asked Tada-San if he’d be able to use a BMW M engine in the Supra. Specifically the new 500hp 3.0-liter twin-turbo mill that’ll soon appear in the new X3 M and X4 M, and next year in the new M3/M4. Cue standard obfuscating answer: “As we further develop the car, I believe that deals can be made and concluded as necessary, and one iconic element of Supra is in-line cylinders and we need to cherish that.”

This is when you have to read between the lines. The answer, I suspect very strongly, is no. Besides any question of packaging, justification for using that engine would only come if BMW also signed off a new Z4 M Roadster, which it shows no signs of doing. M’s direction seems SUV-fixated at present and the market for roadsters with anything over 350hp is currently very limited.

So a lightweight one instead? 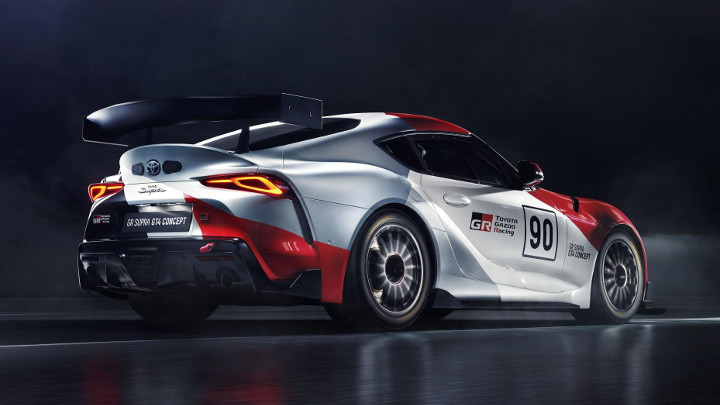 Yeah, that’s the more likely direction. At Geneva, Toyota showed a GT4 racer. Same engine and suspension, less weight. This is a theme Tada-san has already touched on with Top Gear. “At some point, I would like to make a track-limited Supra with less weight,” he told us a while back. “We’re already making a racing version so we know if you take out 100kg, it’s a completely different car—you don’t even need any more power.”

This time, he expanded on that: “For 86, we came up with 100 units of a special version, called GRMN, for Japan only. And in one day, we had 3,000 orders. That kind of special version is what we have in mind also for Supra. But this time, I hope that customers worldwide can enjoy this. Engines obviously need to get better, the horsepower probably needs to be improved, the suspension or the body balance is something that could also be improved or reviewed.”

So here’s the guess: The Toyota GR Supra will spawn a limited-edition GRMN Supra with a bit more power (BMW produces this engine with up to 382hp in countries not subject to EU emissions regulations), but perhaps 100kg less weight thanks to lighter wheels, carbon brakes, carbon seats, less soundproofing, and so on. A proper halo model for Toyota.

Will there be slower Supras? 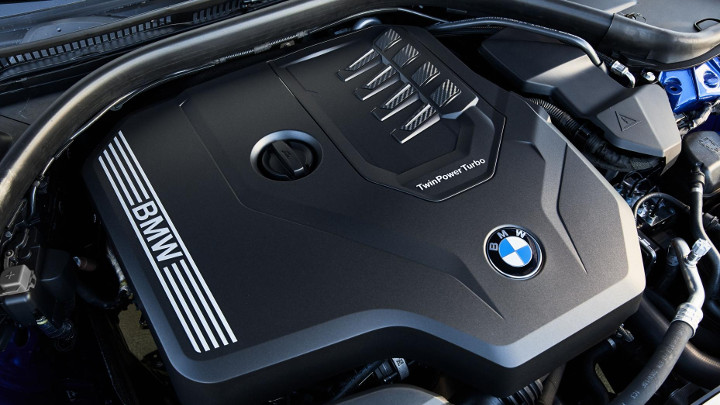 Although Toyota hasn’t officially commented, it’s well-known that plans for an entry-level Supra are well-advanced. As Tada-san commented, “The Supra needs to continue to evolve each year,” hinting that there’s a plan for a whole model range rather than just this one £52,695 (about P3.69 million) coupe. The entry-level engine will be BMW’s B48 single-turbo 2.0-liter straight-four (pictured above, from a BMW 330i).

Tada-san added: “The 2.0-litre engine will be lighter, which would improve the balance, so in a way you’ve come up with an even better handling of the car. And it’s not only the engine that will be lighter. We can make the transmission lighter, so actually it’s a considerable difference in the weight—about 100kg lighter.”

What we don’t know is how much power the base Supra will get. The B48 is fitted across the BMW range, from the Mini Cooper S to the BMW 630i, and develops anywhere from 181hp to 255hp. In the Z4, it comes in two tunes: either 189hp or 255hp, giving 0-100kph in either 6.6sec or 5.4sec. For simplicity of development, it’s pretty safe to assume Toyota will follow BMW’s lead.

What about a manual gearbox? 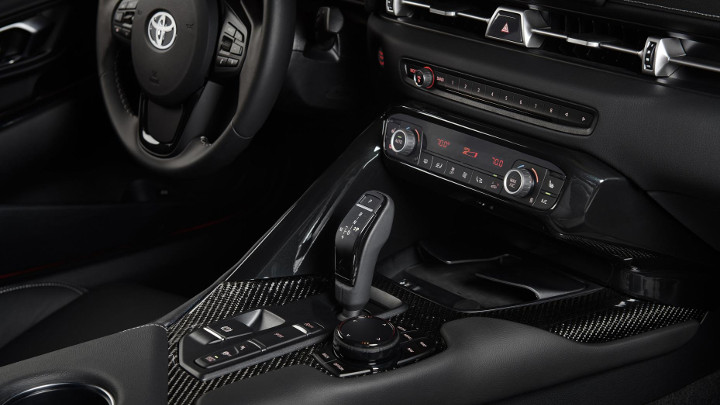 So far, it’s not in the offing. The 3.0-liter straight six is only available with the ZF eight-speed auto. Although BMW does produce that engine with a six-speed manual transmission, the suggestion from Tada-san is that Toyota won’t follow suit: “The sports automatic version that [we’re] coming up with now is probably very different from the sports automatic cars that customers have in mind. It’s a great evolution from what they have seen in the past.”

Then he went on to say, “If they still feel that they need the manual version, I hope to hear their feedback and voices after this.” Enough pestering might just get us a manual, then.

I suspect it’ll only be available with the 2.0-liter engine as a way of lowering the entry sticker price, and perhaps on the GRMN as a way of further separating Supra from Z4. Expect rev-matching software. 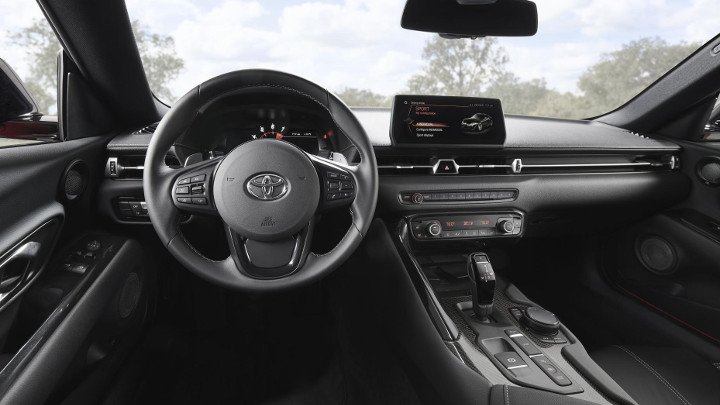 A point he raised, not me. The Supra’s interior, as we all know, bears a very striking resemblance to the Z4’s. The architecture is identical, and the cars are built together on the same Steyr line, in Graz, Austria. In a passing comment, Tada-san said, “Most sports-car fans and customers would want evolution of the interior specification...so that’s what we have in mind in terms of the evolution in the future.”

This is interesting. There’s obviously a realization that lifting so much from BMW is potentially damaging as it separates the Supra from the rest of the Toyota range, especially the 86 (which Tada-san talks of as an ongoing project). Quite what Toyota can do to disguise the BMW origins—and indeed whether it would want to, given the difference in perceived quality between the two marques—remains to be seen. 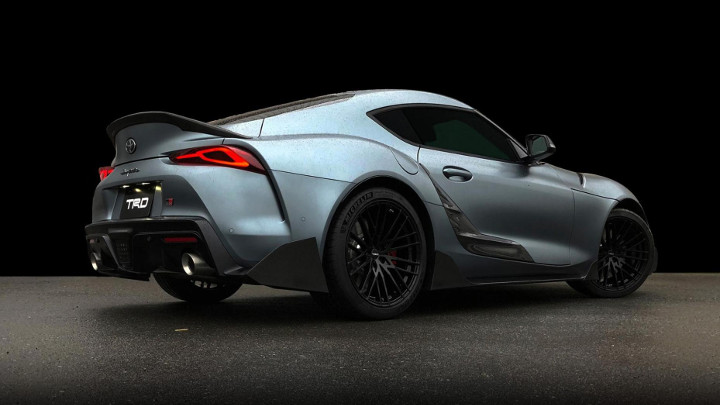 Yep. Aftermarket tuning is a big part of Japanese car culture. And Toyota will actively support it. In fact, it already is. “Actually, just one week ago, I showed the Supra prototype to tuners in the training plant, so that they can start working on tuning parts,” said Tada.

And yes, he’s aware that this will include people fitting the legendarily tuneable 2JZ engine from the fourth-generation Supra. That was another 3.0-liter six-cylinder, but with two sequential turbochargers. As standard it had 320hp, but the engine was so strong it could cope with four figure outputs. It’ll happen again, people, and you get the sense from Tada-san that he’ll actively encourage it. Behind the scenes, at least.

How about a Supra roadster? 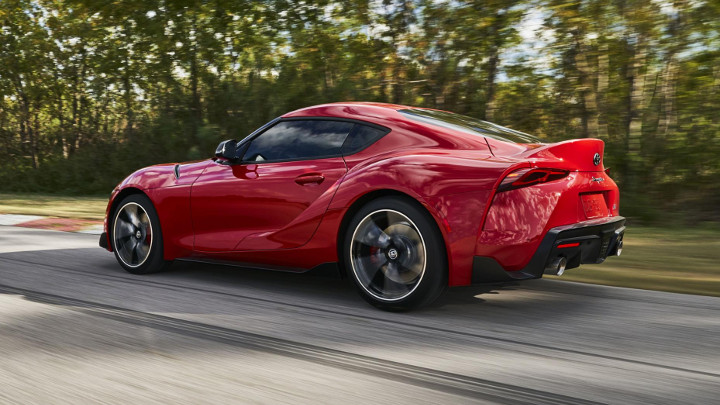 “I think targa would be a higher probability or possibility than an open-car version,” says Tada. This is no surprise. Build a roadster and you tread straight on BMW’s toes. Do a Targa and you nod back to earlier Supras.

Besides, Tada comments, a full electric roof “would be heavier, it would disturb the handling. And handling is everything.”

He went on to say that there are some difficulties with a targa top: “I’ve looked at it, and some customers say that it’s hard to store the roof, and that once it’s been removed, they don’t ever want to have [to do] it again...and because it’s tied to storage.”

Fair points, but not insurmountable. How about a clever electric mechanism? “That would be heavier,” he responded. So probably not. But surely a manually removable panel or panels that could be stored in the car would be a viable solution? No comment. It would be lightweight, and wouldn’t reduce the Supra’s LFA-beating structural stiffness? Still no comment. I reckon that’s as close as we’ll get to a confirmation. 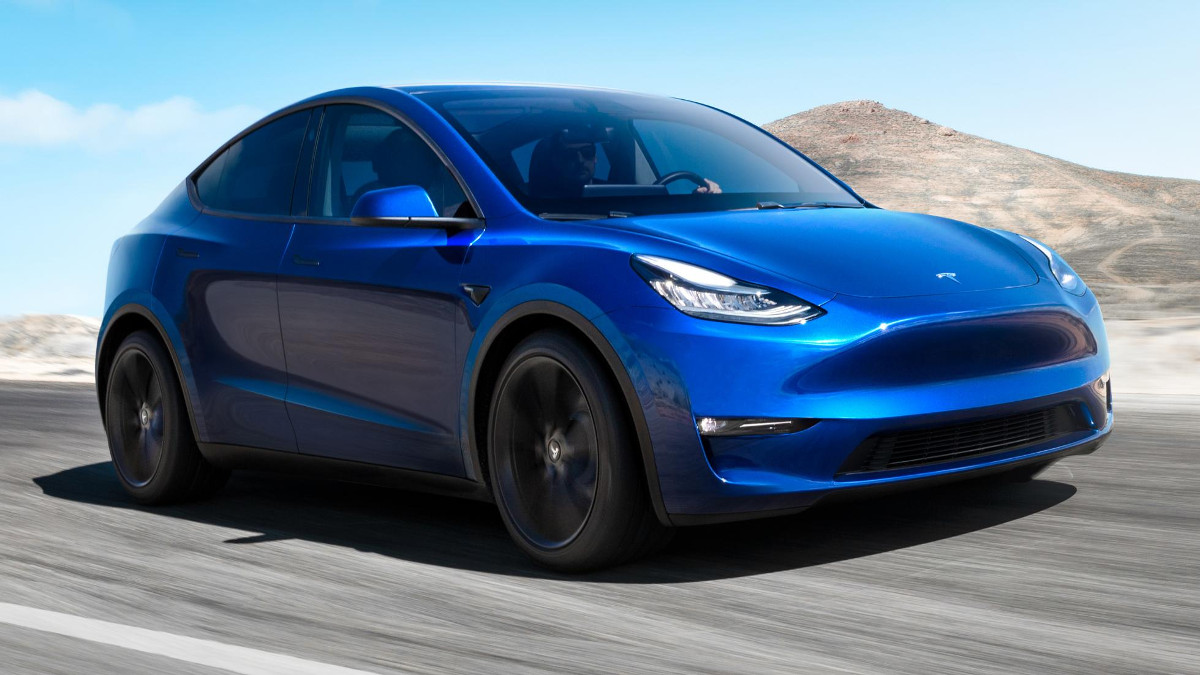 Say hello to the Tesla Model Y, Tesla’s next potential bestseller
View other articles about:
Read the Story →
This article originally appeared on Topgear.com. Minor edits have been made by the TopGear.com.ph editors.
Share:
Retake this Poll
Quiz Results
Share:
Take this Quiz Again
TGP Rating:
/20