When are all-new Toyota Fortuner, Hilux models arriving in PH?

Time to fix your car-purchase plans
by Vernon B. Sarne | Nov 14, 2014
CAR BRANDS IN THIS ARTICLE 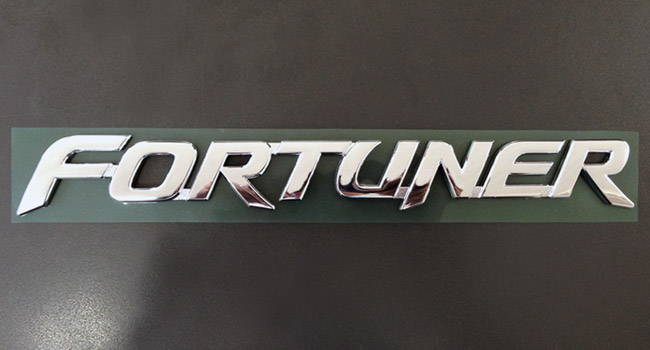 With all due respect to other car brands, we believe it's safe to say that the most-awaited new model in our market right now is the second-generation Toyota Fortuner--as well as, to a lesser degree, its twin chassis sibling, the Hilux. This duo and the Innova form the best-selling triumvirate from the Japanese carmaker, collectively known as the IMV models. IMV is short for "Innovative International Multipurpose Vehicle."

The current-generation Fortuner, Hilux and Innova were launched in our market in 2005, so that makes them truly long in the tooth in spite of the numerous facelifts they have received through the years. Incredibly, all three models still sell impressively well, capable of still topping their respective segments in a good month. That said, loyal Toyota customers are nevertheless eager to find out when their all-new replacements are arriving on our shores.

Well, the good news is that they don't have to wait that much longer. As you read this, the production versions of both the new Fortuner and Hilux are ready for their global release. In fact, Toyota has already held a test drive for the two vehicles in Australia, organized for Toyota's various distributors in different countries.

Now, we just got word from a reliable source that the all-new Fortuner will be introduced in the Philippines in 2016, while the all-new Hilux will be released next year. "The challenge for us is that we'll get the all-new Fortuner after Thailand launches it in 2015," our source shared. Which means Filipino customers will already see the photos of the new model on the Internet, making selling the current model a little tricky.

Try to google images of the all-new Fortuner and Hilux, and the best you'll get are Photoshop renditions. We haven't been able to find a decent spy photo outside of the blurred camouflaged ones whose authenticity we can't even verify. "That's because Toyota forbids the use of cameras during these preview test drives," our source explained. "You actually need to surrender your camera phones if you're participating in such a test drive event."

And so, all the information about the next-generation Fortuner and Hilux at the moment is based on word of mouth. And even then, these stories are scarce, as Toyota has asked its people to keep things under wraps. Our source would only say that the new Fortuner and Hilux now look different from each other. "With the current models, you could easily see the styling ties between the two," he pointed out. "You could even exchange some exterior panels. With the all-new models, the exterior designs are now distinct. It's a conscious effort on the part of Toyota to aesthetically differentiate the Fortuner from the Hilux even if they're based on the same platform."

We were also told that the all-new pair of IMV models are slightly smaller than their outgoing predecessors, but that they look big because of the styling.

Our source also said that the new Hilux for the Philippine market might get carryover engines, but he did share that the Philippine-spec Fortuner will feature a new diesel engine.

There is no word yet on the timetable for the release of the all-new Innova, the third member of the IMV trio. But our source believes the new model already exists as you read this.

"Overall, the all-new Fortuner and Hilux are clearly better than their predecessors," our source concluded. "The NVH (noise, vibration and harshness) levels have been much improved."

Volvo PH marking 20th anniversary with 20/20 Platinum Program
View other articles about:
Read the Story →
This article originally appeared on Topgear.com. Minor edits have been made by the TopGear.com.ph editors.
Share:
Retake this Poll
Quiz Results
Share:
Take this Quiz Again
TGP Rating:
/20