Is the new Mercedes-Benz S-Class too complicated? Not according to the company’s chairman, Ola Källenius. Oddly for this Zoom and Teams-stuffed COVID comms era, he’s on the other end of a phone line in Sindelfingen, having just presided over the launch of the brand’s perma-pioneering luxury flagship. Phones? Surely we don’t need them where we’re going...

“We’ve spent a lot of time putting the human at the center of this innovation, to make everything intuitive,” he tells Top Gear. “If you watch the launch film, you can see Jensen Huang, the CEO of Nvidia, closing the sunroof by just swiping his hand—a very intuitive gesture control without having to learn a new sign language. Not only is the next MBUX very beautiful, it’s also intuitive. I sometimes say as a joke here, to the engineers, [the technology] needs to be understood by a five-year-old kid or a board member from Daimler. It’s not just engineering for the sake of engineering. I think we’ve succeeded in making this technology accessible. The S-Class is the gift that keeps on giving. You’ll be surprised what this car can do for you, even after a long time.”

That extends to parking the thing, despite its vast 5.2-meter length. In fact, it’ll park itself—chief technical officer Sajjad Khan is particularly pleased with that part of the car’s formidable tech arsenal—but Källenius insisted on the DIY approach. “The design makes the car look sporty and agile. What’s even more amazing is when you drive it. For the first time, we’ve put a 10-degree rear-axle steering on a car. The first time I drove it, and I went into a parking garage in Stuttgart—and they’re quite small here—and you’re sitting in a 5.2-meter-plus car but you think you’re in an A-Class.

“We don’t have a dogmatic trend in any direction except for trying to best meet what the customers are looking for. But sometimes, you just have to do things without asking them and then blow them away.”

It’s a policy that might extend to a car even higher up the luxury totem pole, if you can imagine such a thing. Källenius confirms that its ultra-luxe Maybach sub-brand—recently extended to the plus-size GLS SUV—will be expanded, but only if it makes resounding economic sense.

“When we re-introduced Maybach using the AMG playbook but for sophsticated luxury, we had a great deal of success,” he shares. “For sophisticated luxury, not in-your-face luxury, Maybach has potential, and we intend to exploit that. We are car lovers through and through, and we’re technology-driven. But we all have a very sharp pencil in our back pocket. If it makes economic sense and builds the brand, then go for it. If it only fulfills your own dreams and disregards the shareholders requirements, I’d say you should leave it.”

It’s that sort of fiscal logic that’s brought the curtain down on the wonderful Coupe and Cabriolet iterations of the S-Class. But next year’s SL, reintroducing a fabric roof instead of the ugly metal folding hardtop, should scratch that itch. “With regard to dream cars and two-door versions, I don’t want to let the cat out of the bag quite yet. Rest assured you will get the cars that take care of your needs,” Källenius says somewhat cryptically.

He also describes what he calls three ‘swim lanes,’ as the latest S-Class begins its product journey: high-tech combustion engines electrified with 48V systems, plug-in hybrids (good for around 100km in EV mode), and the fully-electric EQS. This sounds like a very zeitgeisty mid-2020s sort of flagship, but Källenius won’t confirm or deny—or when the triple swim lanes might converge. But if you think the new S-Class plays it a little safe in terms of design, well, that leaves the way clear for the pure-electric version to dazzle.

“EQS is based on a fully-dedicated electric platform with different packaging and wheelbase; aesthetically, it’s a different proposition,” he explains. “It caters to the high-end, tech-oriented customer. I think we’ll bring more people into the brand with this strategy. I don’t know when these three swim lanes come together as one. Sometime in the future, but it’s not a question we have to answer at this stage.”

Here’s one that he probably does: Is he worried about keeping pace with or indeed outflanking the tech titans in Mountain View and Cupertino in the new mobile-data arms race?

“What we have to do that’s also part of our transformation is invest heavily into software architectures. We need to own and control the brain and central nervous system of the car,” he responds. “The S-Class brings the next-generation electrical architecture into the portfolio, with over-the-air capability and more use cases than probably most can digest. You have to control and be the architect of that, but you also have to have an open-source mentality, where you can operate and work with other ecosystems. We are open-minded with regard to co-operation and bringing eco-systems together. But the core operating software system of the car and controlling all the actuators of the car and the drivetrain must be controlled by us.”

As the captain of a ship with almost 300,000 employees, his relatively brief tenure at the top has just weathered the sort of storm that they don’t teach you about at Harvard or Stanford. There is no pandemic playbook.

“There were two immediate priorities,” he says of the challenge that swallowed 2020. “Priority number one, protect your people. Take the measures to help minimize the spread of the pandemic. Help society at large to dampen the curve. We acted very swiftly around the world. Priority number two, protect the company. We had an unprecedented drop in demand due to COVID. We were equally swift to adapt our production to this unusual low demand. When we presented our Q2 figures, we had the worst sales quarter since I can remember, but we were cash-flow positive. The S-Class launch date was set long before COVID. Technologically important projects like the S-Class and others haven’t been affected. It’s been a challenge for the team to make it happen, but I applaud their ingenuity and determination to get it done.”

Finally, I ask him if the appointment of Mercedes lifer and former AMG boss Tobias Moers as Aston Martin’s new CEO is part of a bigger Merc play—as we’re convinced it is.

“Tobias and I have known each other for many years and worked together so closely,” he says with a laugh. “Even though he’s part of the furniture, when he came to me and said he had this opportunity and asked my advice, more as a friend than a colleague or boss, I said, ‘Tobias, you’ve spent all your career at AMG—here’s a chance to do something completely different. I hate to see you go, but if I was in your shoes, I would do it.’ Let’s call it a friendly exit. Our partnership with Aston Martin is robust. Will it lead to more? We will see, but nothing that I can comment on today.” 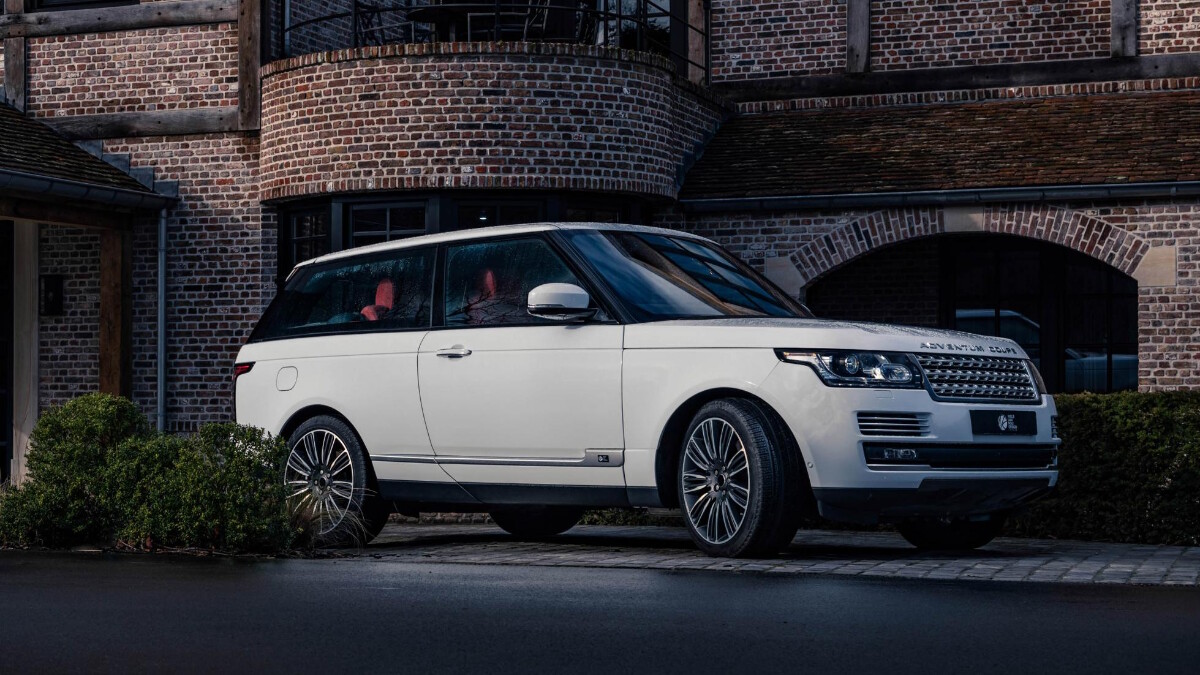 The ‘Adventum Coupe’ is the two-door Range Rover we always wanted
View other articles about:
Recommended Videos
Read the Story →
This article originally appeared on Topgear.com. Minor edits have been made by the TopGear.com.ph editors.
Share:
Retake this Poll
Quiz Results
Share:
Take this Quiz Again
TGP Rating:
/20