“The explanation is simple. According to the Metropolitan Manila Development Authority (MMDA) spokesperson Celine Pialago, the 60kph speed limit only applies to the portion of SLEX before the tollgates. Meaning you can still merrily speed down the expressway up to 100kph past that point.”

“We reached out to the MMDA for clarification regarding the matter, and according to the agency, trucks buses must adhere to an even stricter 50kph speed limit. True enough, there’s a footnote (albeit one that you’ll need a magnifying glass to read) at the bottom of the published document that says as much.”

“Holy Week is less than two weeks away, and if you’re planning on heading out of town, you had best be prepared to deal with some traffic.

“In anticipation of this, SMC Tollways has released some guidelines and will be implementing ‘enhanced traffic-management measures’ to keep things as smooth as possible on Skyway, NAIAX, SLEX, TPLEX, and STAR Tollway.”

“Late last month, the MMDA announced that it would be implementing a 60kph speed limit on all of Manila’s major roads. Now we know how much the fine is.

“According to MMDA Regulation No. 19-001, the fine for each instance of speeding is set at P1,000. This will apply to all major circumferential and radial roads within Metro Manila.”

“President Rodrigo Duterte has asked the Land Transportation Office (LTO) to suspend the implementation of Republic Act No. 11235, otherwise known as the Motorcycle Crime Prevention Act.”

“Gordon also stressed the prevalence of motorcycle crimes, saying out of more than 4,000 motorcycle riding crimes or incidents in 2016, only eight cases (0.18%) were solved. The Senator was also quoted as calling two-wheelers ‘crime machines’—two words that will no doubt trigger riders following this issue.”

DOTr open to decals instead of plates

“While the June 2019 deadline for the implementation of Republic Act No. 11235—aka the Motorcycle Crime Prevention Act—is fast approaching, officials of the Department of Transportation (DOTr) are working overtime to come up with a win-win solution for this controversial issue.” 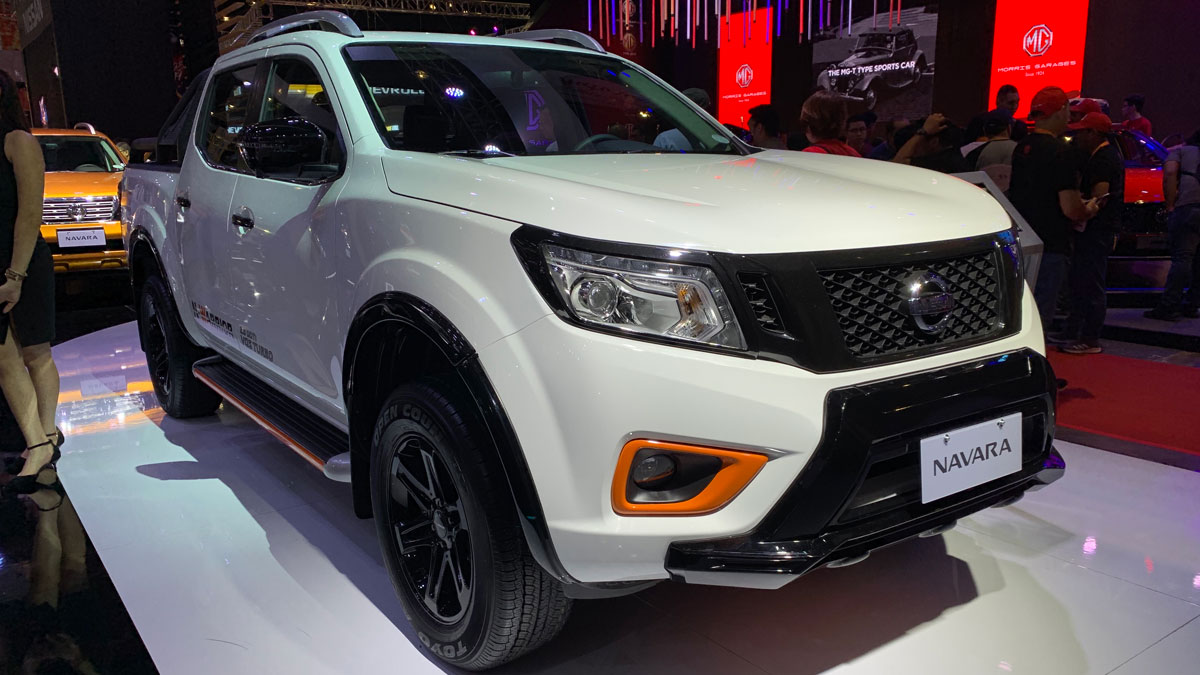 10 Images: Nissan PH shows off Navara N-Warrior and Juke Nismo at MIAS
View other articles about:
Read the Story →
This article originally appeared on Topgear.com. Minor edits have been made by the TopGear.com.ph editors.
Share:
Retake this Poll
Quiz Results
Share:
Take this Quiz Again
TGP Rating:
/20