“There are violations that motorists probably don’t know about, such as the ones on this list. Some of these are uncommon, so that’s understandable. Violations involving license plates, however, are a different story.

“A plate is used mainly for identification, so it should show the registered license plate of the vehicle it’s attached to. In case the vehicle’s plate still isn’t available—whether it’s because of lapses on the side of the government or not—then the corresponding conduction sticker should be there in its place.

“It’s that plain and simple. That’s what makes blatant violations like the one pictured here completely inexcusable. And utterly stupid.

“The Metropolitan Manila Development Authority (MMDA) recently caught a white Ford Mustang sporting a customized rear plate that read ‘2 JOINTS.’ It showed neither the conduction sticker nor the actual registered plate number of the vehicle.

“Upon apprehension, the owner claimed that his bank has yet to give him his car’s plates. However, the original receipt of registration showed that the car already had a license plate. To make things worse, the owner had already removed the conduction stickers on both front and rear windshields, so there really was no way to identify the vehicle even if it did have the correct plate up front.

“Speaking of windshields, the Mustang’s front windshield was also cracked, adding to its sheer lack of roadworthiness. As one person in the comments section said: ‘From two joints to two violations real quick.’ That did crack us up, no pun intended.”

“The poor Civic didn’t even see it coming. Her owner definitely should have, though.

“Footage captured by blogger Gadget Addict show MMDA enforcers setting the decal-covered vehicle up to be towed away before it was eventually transported via a flatbed truck. Also worth noting is that one of the unit’s front tires was flat.

“To be fair, we can see how someone would mistake that portion of sidewalk for a parking spot. It is, after all, set up like a driveway that leads into a garage. The problem is that regardless of what the incline leads to, it’s still taking up a portion of the sidewalk. Parking here is still a major no-no in the MMDA’s book.”

OTHER STORIES YOU MIGHT HAVE MISSED:
PH fuel price update: P2 rollback for diesel, minimal change for gas projected for next week
The new Honda Click 160 has arrived in PH priced at P116,900

MMDA on viral vanity plates being illegal: ‘How can we trace kung sino owner ng 2 Joints?’

“It doesn’t matter whether you placed a custom license plate purely in pursuit of standing out or to hide your digits from no-contact apprehension program (NCAP) cameras—it’s illegal.

“Authorities aren’t laying the hammer down on this issue as a power trip, either. According to officials, both the Metropolitan Manila Development Authority (MMDA) and Land Transportation Office (LTO) have good reason to apprehend cars sporting these illegal plates.

“‘We do not find any reason na kung bakit pa nila gagawin yun aside from that,’ Nebrija said regarding motorists who use illegal plates or try to cover their license plate numbers.

“The EDSA Carousel has been plagued with a lot of problems as of late. If it weren’t, then the chairperson of the Land Transportation and Franchising Board (LTFRB) probably wouldn’t have had to go through all that trouble commuting via the EDSA Busway.

“While there still seems to be no quick fix for the long lines at the EDSA Carousel terminals, at the very least, the Department of Transportation (DOTr) has now identified some of the issues that need to be addressed ASAP. One of them is the underutilization of the busway.

“In a recent statement to the press, the DOTr shared that it held a discussion with the two EDSA Carousel consortia and it was noted that only about 200 buses are being deployed along the busway during rush hours. This is way, way fewer than the busway’s 440-unit capacity. The consortia have now promised maximum deployment of their buses, especially during peak hours.

“The LTFRB also noted the delay in payments for operators. When LTFRB chair Cheloy Garafil took her post, the program was already on its 6th week, but operators have only received payments for up to the second week. The LTFRB then began fast-tracking disbursements and now aims to address the huge backlog by the end of July.”

“You can never invest too much in safety. This is especially important to remember when your business involves large hunks of metal traveling as fast as 100kph. Just ask the NLEX Corporation.

“The expressway operator has announced that it has poured an additional P105 million into improving safety features on the Subic Freeport Expressway (SFEX). This is on top of the P1.6 billion the company spent upgrading the thoroughfare over the past few years.

“The P105 million budget covers pavement surface upgrades to help drain water away during inclement weather. More than 4km between the Jadjad and Argonaut bridges will receive this treatment.

“Also included in the project is the installation of more guardrails, the application of hazard paint, an upgraded drainage system, and the construction of ditches and slope protection features for a 1.83km section of SFEX.

“‘We aim to make our roads safe for all weather conditions. With these enhancements, we expect to further protect motorists from roadside hazards by strengthening the slopes and improving the drainage system and other safety features at the SFEX,’ NLEX Corporation president Luigi Bautista said in a statement.” 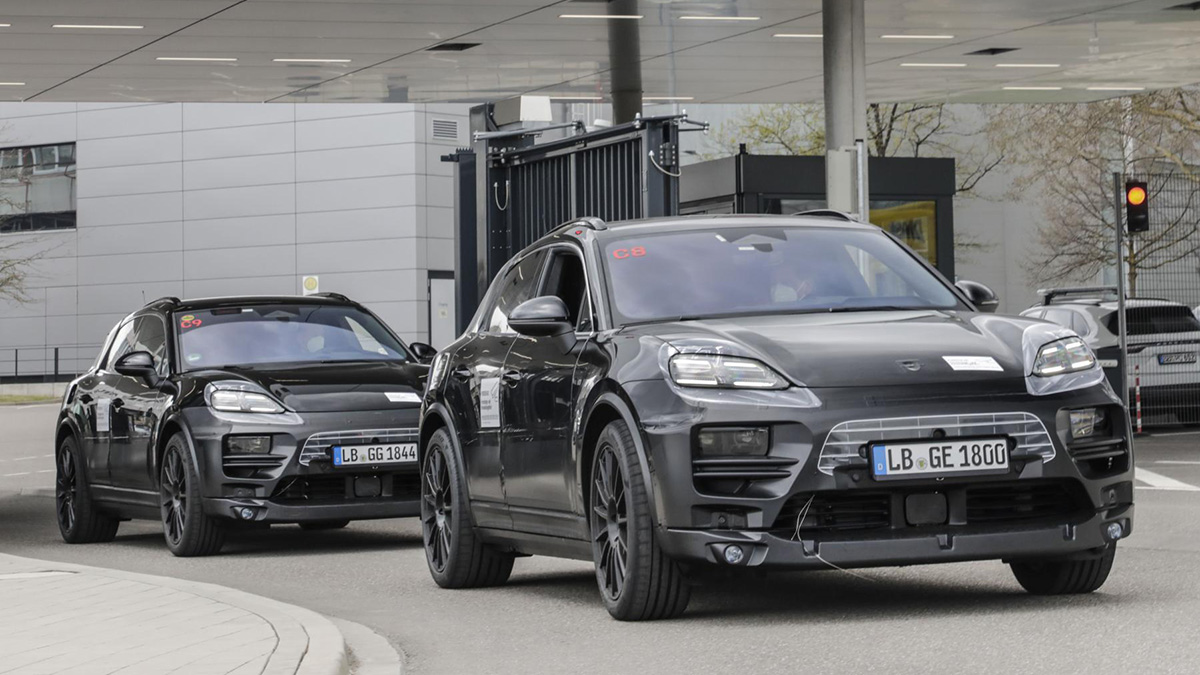 Porsche confirms an all-electric luxury SUV is on its way
View other articles about:
Recommended Videos
Read the Story →
This article originally appeared on Topgear.com. Minor edits have been made by the TopGear.com.ph editors.
Share:
Retake this Poll
Quiz Results
Share:
Take this Quiz Again
TGP Rating:
/20