Another week, another new round of fuel-price hikes

“On January 11, a new set of fuel-price hikes kicked in for both gasoline and diesel. Gasoline prices went up by P0.75 per liter, while the price of diesel increased by P1.10 per liter. Below are the announcements by Caltex, Seaoil, and Cleanfuel.”

“In a Facebook post, MRT-3 management announced that it is conducting free random COVID-19 antigen tests at its North Avenue, Cubao, Shaw Boulevard, and Taft Avenue stations on select dates this January.

“Testing slots are extremely limited relative to the number of passengers that use the rail line on a daily basis. Each testing site will only be available on certain dates, and will be able to accommodate 24 passengers per day. That’s 12 tests from the hours of 7am to 9am, and another 12 from 5pm to 7pm in the evening. Check out the remaining dates below:

“Passengers selected for the free antigen test must fill up a consent and contact-tracing form beforehand. Those who test negative will be able to ride the MRT-3 for free afterward. If, however, you test positive, you will not be allowed to board the train and will be required to go into isolation and schedule a confirmatory RT-PCR test.”

“The NLEX Corporation has shared that it will begin the construction of the NLEX C5 Link Mindanao Avenue–Quirino Highway portion within 2022.

“‘Continuous improvement will always be our priority. As the company ends 2021 with a positive note, we welcome 2022 with optimism as there are big-ticket projects that we will complete and commence this year,’ said NLEX Corporation president and general manager Luigi Bautista said.

“Once completed, the NLEX C5 Link’s Mindanao Avenue–Quirino Highway segment will be a 2km expressway that connects the Mindanao Avenue toll plaza to Novaliches, Quezon City. It’s part of the larger 11.5km NLEX C5 Link project that aims to reduce travel time between Mindanao Avenue and Commonwealth Avenue to just 10 minutes instead of 45 minutes.

“The Candaba Viaduct expansion, meanwhile, will see the third bridge of the structure widened to four lanes per direction instead of just three.”

“Effective 6am yesterday, January 15, the southbound portion of Roxas Boulevard fronting the HK Sun Plaza in Pasay City all the way to the EDSA-Roxas Boulevard flyover was closed off to traffic.

“According to the announcement made by the Metropolitan Manila Development Authority (MMDA), this section of the thoroughfare will remain closed for 60 days. The closure is being implemented so repairs to the Department of Public Works and Highways’ (DPWH) Libertad Pumping Station can be made.

“‘According to DPWH, because of the structural integrity of their project, the structure might weaken,’ said MMDA chairman Benhur Abalos. ‘The agency has laid down alternate routes for affected motorists. Likewise, directional traffic signs will also be placed at strategic locations to better guide the public.’

“You can check out the alternate routes in the posts below.”

“The past week, the Department of Transportation announced that it will be implementing a ‘no vaccination, no ride’ policy for public transportation. The measure will cover all users of public transport traveling to, from, and within Metro Manila, whether by land, air, or sea, while the capital region is under Alert Level 3.

“Just a couple of updates on the policy’s implementation. First, the DOTr has clarified that it will take effect on Monday, January 17. “Para mabigyan ng konting allowance ang mga tao to prepare for this, ang utos ni Secretary [Arthur] Tugade is to make this fully effective by Monday,” said agency undersecretary Artemio Tuazon Jr.

“The DOTr has clarified, too, that those going out for their scheduled COVID-19 vaccination are exempted. A copy of your vaccination schedule should be sufficient proof if you are ever stopped for checks; as for individuals planning to get jabbed at walk-in sites, note that DOTr Department Order No. 2022-001 requires securing a valid barangay health pass or other appropriate proof to justify their travel.

“According to DO No. 2022-001, a person may be considered vaccinated two weeks after the second shot of a two-dose vaccine (Moderna, Pfizer, AstraZeneca, Sinovac, Sinopharm) or two weeks after getting a single-dose vaccine (Janssen). Here’s everything you need to know about the ‘no vaccination, no ride’ policy.”

From Roosevelt Avenue to FPJ Avenue

“In September last year, the Philippine Senate passed a bill that sought to rename Roosevelt Avenue in Quezon City to Fernando Poe Jr. Avenue. Well, Republic Act No. 11608, also known as‘ An Act Renaming Roosevelt Avenue Located in legislative District I of Quezon City as Fernando Poe Jr. Avenue,’ has been signed into law by President Rodrigo Duterte. Look:

“The DPWH is now tasked with issuing the necessary orders and circulars to implement the name change.

“It was originally Del Monte Avenue that was supposed to be renamed in honor of the late action hero and former presidential aspirant. The initial version of the bill, however, was amended by Senate president Vicente Sotto III, and Roosevelt Avenue was renamed instead.”

“If you’re planning to get a COVID-19 booster shot at the Quirino Grandstand drive-through site in Luneta, here’s an important update: Beginning midnight on January 14, the venue will be administering jabs 24/7.

“Booster vaccination at this site kicked off on January 13, and was initially limited to the first 300 vehicles in the queue. A maximum of five individuals per vehicle could be accommodated.

“Mayor Isko Moreno of the City of Manila said that this vaccination site is shifting to round-the-clock operations due to increased demand. The venue requires no pre-registration, and also accommodates non-residents of Manila.

“For now, the Quirino Grandstand site is open only to four-wheeled vehicles. Cyclists and motorcyclists may head to Kartilya ng Katipunan in Lawton, which can accommodate 1,000 individuals daily from 8am to 5pm.

“At both venues, all brands of COVID-19 vaccines are available. The Department of Health advisory issued on December 21, 2021, states that those 18 and above may already get a booster if they meet either of these conditions:

“Have you received a booster at this site? Share your experience in the comments.” 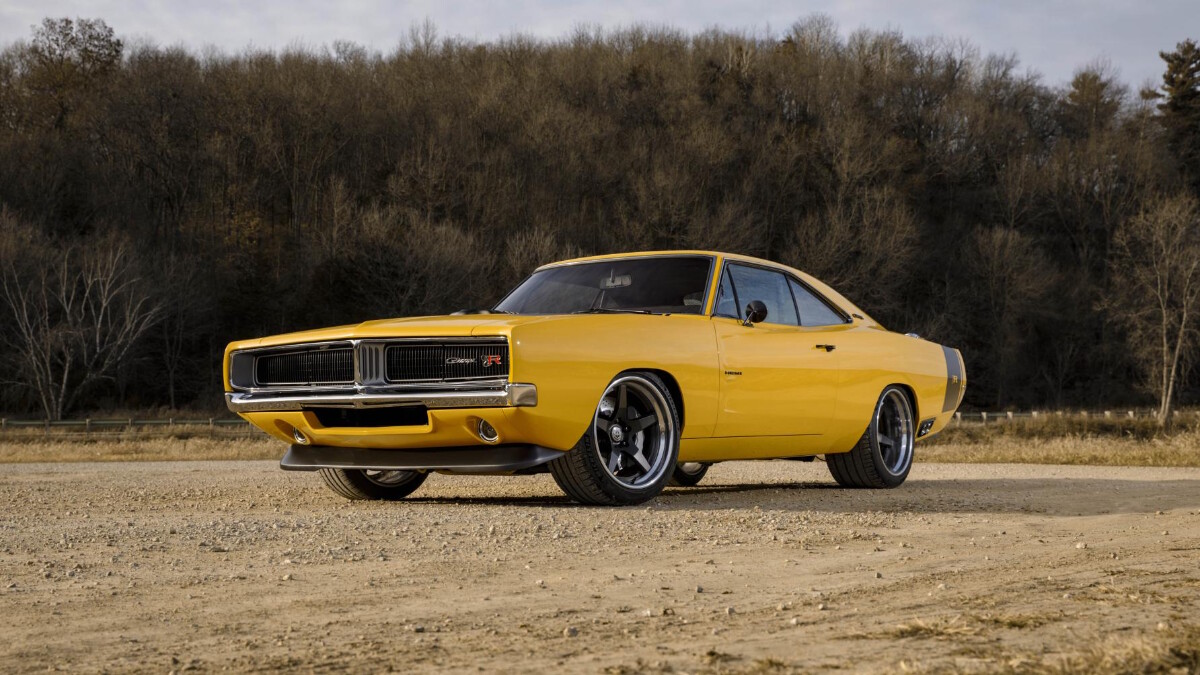 The Ringbrothers have done it again with this Dodge Charger restomod
View other articles about:
Read the Story →
This article originally appeared on Topgear.com. Minor edits have been made by the TopGear.com.ph editors.
Share:
Retake this Poll
Quiz Results
Share:
Take this Quiz Again
TGP Rating:
/20