“San Miguel Corporation, which is responsible for the P740-billion project, has announced that it will be incorporating new road and rail networks into its budget to link the airport to the North Luzon Expressway (NLEX), the South Luzon Expressway (SLEX), and even the new MRT-7 rail line.

“‘These proposed rail and road networks that will form part of a seamless transport system will allow the province to accommodate the millions of passengers who will enter the country through the Bulacan airport every year,’ SMC CEO Ramon S. Ang said in a statement.

“‘It will also allow the smooth delivery of goods and services, particularly coming from the Bulacan Airport City Economic Zone that is expected to attract business locators and provide employment to local residents.’

“Other proposed expressway projects that will link the Bulacan airport to surrounding areas include the NMIA Airport Expressway, the Integrated Airport Toll Expressway Network–Northern Access Link, and the Integrated Airport Toll Expressway Network–Southern Access Link. According to Ang, the completion of this new transport network will not only make travel to and from the NMIA faster and more convenient, it will unlock economic opportunities for the country’s provinces, too.”

This is what the DOTr envisions next for the EDSA Busway

“The Department of Transportation (DOTr) has announced that new footbridges will soon rise along EDSA to complement the current EDSA Busway system.

“These bridges will provide walkways not just for commuters entering the Busway stations, but also for pedestrians who intend to cross EDSA. These structures will be built with concourses housing concierges and ticket booths, among others. There will also be ramps and elevators for persons with disabilities, senior citizens, and pregnant women.

“‘We believe that the EDSA Busway Bridge and Concourse is crucial for a more seamless EDSA Busway operation. With the construction of the Busway Bridge, we ought to provide an even better experience for commuters with Automated Fare Collection System, PWD ramps, and elevators,’ said Metropolitan Manila Development Authority chairman Danilo Lim.

“SM Prime Holdings, D.M. Wenceslao and Associates Incorporated, and Double Dragon Properties Corporation will be the private partners in this project. Construction of the bridges is targeted to begin within two to three months, and is expected to be completed within six to eight months.”

“Balintawak regulars are going to have to find somewhere else to make a U-turn along EDSA starting November 23, 2020. The Metropolitan Manila Development Authority (MMDA) has announced that it will be closing the Balintawak Market and Oliveros Drive U-turn slots on the thoroughfare starting next Monday. This comes following the closure of the U-turn slot near Dario Bridge in Quezon City.

“The MMDA announced the move to close a handful of U-turn slots along EDSA back in September. Other U-turn slots that have since been sealed off include one near North Avenue, one in front of the Quezon City Academy, and another near Corregidor Street.”

“The Land Transportation Franchising and Regulatory Board (LTFRB) opened seven routes for 221 provincial buses that will ferry passengers between Metro Manila and Western Visayas. Check out the complete list below:

“There will be no fare increase for these provincial buses, the LTFRB said.

Roadworthy public utility vehicles with valid Certificates of Public Convenience (CPC) or Application for Extension of Validity will be permitted to resume limited operations. All approved PUV units must have a registered Personal Passenger Insurance Policy.

“In addition, each unit must have a QR code printed on short bond paper plastered inside the vehicle. Requests for QR codes can be coursed through the LTFRB Facebook page and must contain the following details: name, mode, case (PUJ, UVE, and so on), and plate or chassis number.”

“The local government of Baguio City recently hosted a two-day Autosweep RFID stickering activity, and it resulted in a seemingly endless line that stretched around the city. And while the activity came in handy for car owners looking to secure their own RFIDs, it was a bit of a nightmare for the other motorists using the road.

“Baguio City resident Raul Sudio Caronongan shared some footage of the situation at 6am, and boy, was it something else. Check it out below:

“In light of this, city mayor Benjie Magalong has apologized for all the inconvenience caused by the stickering activity. Likewise, he has assured residents that the LGU is currently working with SMC to accommodate another batch of Autosweep RFID applicants. According to the city government’s Facebook post, the next stickering activity will last for five days and could be held on the first week of December.

“In addition to this, the LGU says that it is also working with the North Luzon Expressway Corporation to hold an Easytrip installation activity in the city. It is also looking to move the next events to a different location—to the Loakan Airport, specifically—so as to avoid clogging up the city streets with a long line of cars.”

Speaking of RFIDs, those without one will get a reprieve this Christmas season...

“According to a report by Inquirer.net, DOTr officials present at the recent Senate budget deliberations said that the agency will not yet fine motorists unable to meet the December 1 deadline. However, it pointed out that the leniency will only last this Christmas season.

“The topic was brought up by Senator Nancy Binay, who asked the DOTr how much the fine will be for motorists without RFID stickers after December 1. Senate majority leader Juan Miguel Zubiri later said that the agency will not be imposing fines during the 2020 holidays.

...but don’t leave it till the last minute and try to visit these new installation sites as soon as possible

“If you’re already busy working on getting your ride an Autosweep RFID sticker, you’re in luck: SMC has announced that it will be putting up 100 additional installation sites to meet the huge demand.

“Besides adding new installation sites, SMC is making the following changes to get its RFID tags to motorists as quickly as possible:

“According to SMC boss Ramon S. Ang, the company saw a significant spike in RFID applications in October that grew even more once the DOTr extended its deadline. RFID suppliers also experienced production and manpower limitations due to the COVID-19 pandemic.

“Ang also added that the company will focus on increasing installation capability up north even though most of its expressways are located in Southern Luzon. ‘Traditionally, because most of our expressways—SLEX, STAR, Skyway, NAIAX—are in the south, the vast majority of our users are in the south. However, we have received so many inquiries, requests, and applications from non-regular users in the north, so we are increasing the number of installation sites there,’ Ang said.

“‘Our main objective is to serve as many motorists as possible, in the most efficient way we can. We thank our motorists and ask for their consideration, patience, and cooperation. Sama-sama, magtulungan po tayo.’” 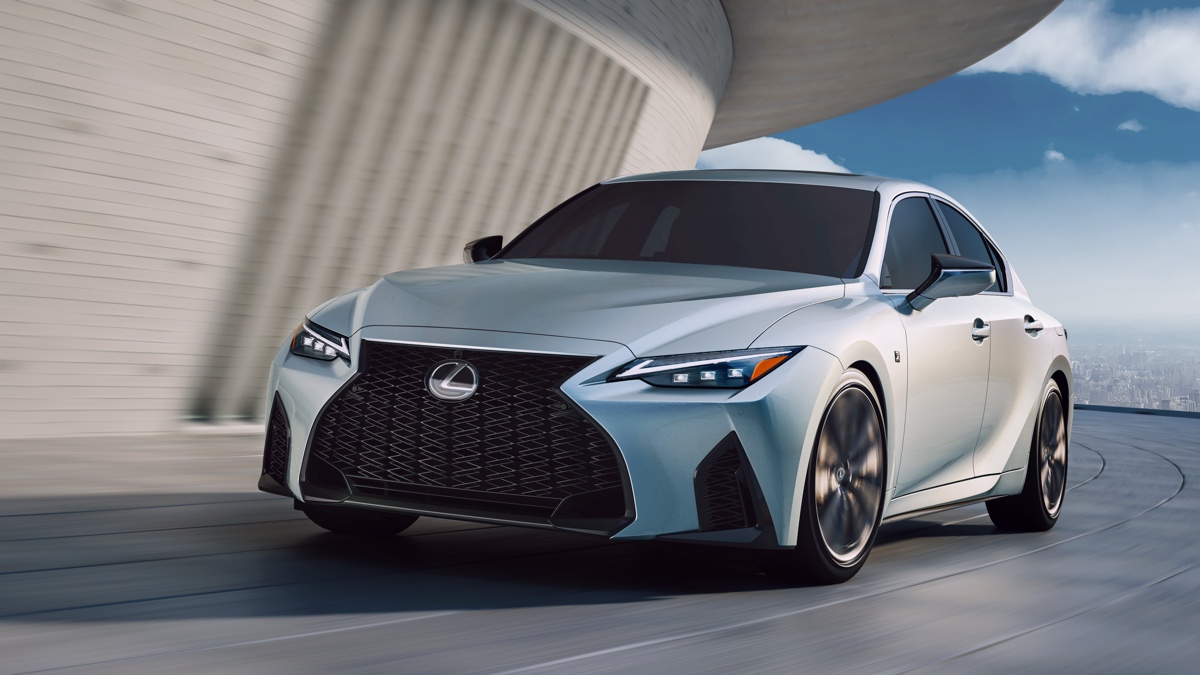 The 2021 Lexus IS starts at P3,328,000
View other articles about:
Read the Story →
This article originally appeared on Topgear.com. Minor edits have been made by the TopGear.com.ph editors.
Share:
Retake this Poll
Quiz Results
Share:
Take this Quiz Again
TGP Rating:
/20