“San Miguel Corporation (SMC) is officially starting its massive Pasig River cleanup in May. This rehab of the notorious river is part of SMC’s P95 billion Pasig River Expressway project, which SMC aims to complete by 2023. Through it, the company aims to dredge 600,000 tons of waste from Pasig River each year. Now, SMC has announced that preparations are already in full swing.

“The company has already completed the bathymetric survey—a study of a body of water to determine its topography and underwater characteristics—of the river from the Pandacan area in Manila going upstream. The study has also continued to other areas, and SMC is now using its new marine echo sounder, a piece of hydrographic survey equipment.

“‘This is a very important environmental effort, and we want to do it right. Cleaning up the Pasig River has been a dream for many Filipinos, even our older generations, so we want to make sure our plan is strategic and effective,’ said SMC president Ramon S. Ang. ‘While we will use science and utilize modern technology, this project can only succeed with the cooperation of all stakeholders.’

A new section of the Plaridel Bypass Road has been completed

“The DPWH has officially completed widening the 2.2km section along the Plaridel Bypass Road in Bulacan.

“The section of the road now has four lanes in total, and the completion of the project included the addition of a two-lane bridge parallel to the Angat Bridge (Bridge No. 8). It stretches a total of 1.12km, which the DPWH says is currently one of the longest bridges in the country.

“The DPWH, together with the Unified Project Management Office (UPMO) and the UPMO–Road Management Cluster 1 (RMC 1), recently conducted the final inspection of the newly completed section.

“The project is under the Arterial Road Bypass Project Phase 3. This involves the widening of the entire 24.61km stretch of the Plaridel Bypass Road from the Balagtas area of the North Luzon Expressway, all the way to San Rafael in Bulacan.”

“The Skyway Stage 3 is almost fully operational now that SMC has opened additional ramps along the elevated tollway: Since April 22, motorists have now been able to access Santa Mesa in Manila via the newly opened Nagtahan northbound and southbound off-ramps.

“‘The concessionaire is taking advantage of the dry season to fast-track the completion of ramps as we want more motorists to reap the benefits of additional interchanges in between Buendia and NLEX,” said Secretary Mark Villar of the DPWH. ‘The timely opening of all interchanges will also further reduce traffic along major NCR roads, most specifically EDSA, Quezon Avenue, Araneta Avenue, Nagtahan, and Quirino Avenue.”

“With the opening of the new Nagtahan exits, there are now a total of 14 operational ramps on the Skyway Stage 3. SMC says the opening of the Sgt. Rivera (C3) exit and entry points for both north- and southbound traffic will follow suit.”

“The Green EDSA Movement was launched during Earth Day 2021, and the organization has expressed its desire to change the highway for the better. In its manifesto, the group called EDSA’s current situation ‘deplorable’ due to its deteriorated state, and called for the country to band together to bring about change.

“With the help of public-private partnerships and cooperation from the Department of Transportation (DOTr) and the Metropolitan Manila Development Authority (MMDA), the Green EDSA Movement hopes to create a ‘calmer, tree-lined thoroughfare, with wide sidewalks conducive to walking and promenading.’

“Now, we know what some of you are thinking: ‘But what about our cars?’ Well, among the group’s goals is the transformation of EDSA into a place where ‘people mobility is prioritized over vehicle mobility, mass public transportation is fueled by clean energy, greenways are developed, road sharing is rationalized, bicycle lanes are adequate, and pedestrians are provided equitable space.’”

Fingers crossed: Delivery riders could be among the group eligible for vaccination in May

“Essential workers, apart from medical frontliners, can get vaccinated for COVID-19 as early as May, according Cabinet secretary Karlo Nograles, who co-chairs the Inter-Agency Task Force for the Management of Emerging Infectious Diseases.

“At present, COVID-19 vaccines are made available to health workers (A1), senior citizens (A2), and persons with comorbidities (A3). For the month of April, the Philippines is still waiting for some two million combined vaccine doses from China’s Sinovac and Russia’s Gamaleya Institute.

“These are the people who qualify as A4 or essential workers according to the government’s pandemic task force.”

Are bodycams for motorcycle-taxi riders a good idea?

“The past week, the DOTr technical working group in charge of overseeing the motorcycle-taxi pilot run one again conducted a virtual meeting and consultation with stakeholders to discuss the ongoing trial operations of three motorcycle-taxi companies in Metro Manila, Cebu, and Cagayan de Oro City.

“You may recall that the goal of the pilot run, which resumed in November 2020 after being suspended due to the COVID-19 pandemic, is to help Congress pass a law that will govern the operations of motorcycle taxis in the country, to help augment the limited availability of traditional public transport. The companies participating in the scheme are Angkas, JoyRide, and Move It.

“During the past week’s discussion, Representative Tonypet Albano suggested that the use of body cameras be made mandatory among motorcycle-taxi riders, as this will help pinpoint the causes of road accidents involving motorcycle taxis. The lawmaker said it will also help identify erring traffic enforcers and passengers.

“Among those who agreed with the suggestion are the Department of Information and Communications Technology (DICT) and the Land Transportation Office (LTO), which is also among the agencies tasked to implement the pilot run. Meanwhile, the DOTr technical working group stressed that the use of body cameras among motorcycle-taxi riders has not yet been approved and made mandatory, as the matter will have to be discussed with various stakeholders in the public transportation sector.” 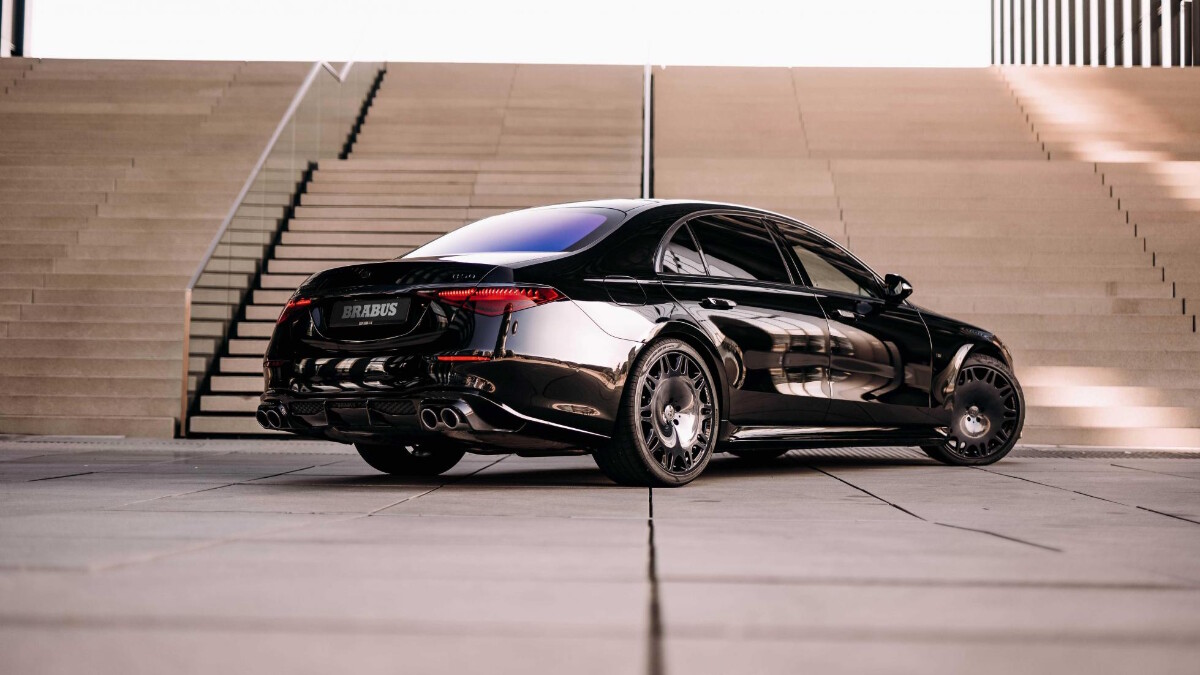 New Merc S-Class not quick or intimidating enough for you? Brabus has the answer
View other articles about:
Recommended Videos
Read the Story →
This article originally appeared on Topgear.com. Minor edits have been made by the TopGear.com.ph editors.
Share:
Retake this Poll
Quiz Results
Share:
Take this Quiz Again
TGP Rating:
/20