Plus updates on driver re-education bill and motorcycle-taxi monitoring
by TopGear.com.ph | Feb 9, 2020

SMC: Skyway Stage 3 to open by July 20 despite fire damage

“The Skyway Stage 3 project was scheduled to open partially in April prior to its completion by the end of this year. But thanks to the recent fire that severely damaged a huge portion of the elevated tollway—about 300 meters, to be specific—that won’t be the case anymore.

“San Miguel Corporation (SMC) has already confirmed that the construction schedule has been set back by three months. According to company president and COO Ramon S. Ang, SMC will work double-time to ensure that Skyway Stage 3 will open by July 2020, as opposed to the initial eight-month delay estimated by the project’s contractor.

“‘We are saddened by this unfortunate incident mainly because it will delay a vital infrastructure project that would have alleviated traffic woes of our motorists sooner. But rest assured, we will work 24/7 to endeavor to complete the entire project in five months. This is just a three-month delay from the original opening target,’ said Ang.”

“Late last year, we were treated to some good news when SMC announced that it successfully built the Philippines’ first road made of recycled plastic. Now, it seems that plastic-built asphalt roads will become more common sooner than we think, as the Department of Public Works and Highways–Bureau of Research and Standards (DPWH-BRS) has repaved a road using asphalt mixed with reused plastic bags, this time along a heavy-traffic area in Manila City.

“This project was initially the Re-Entry Action Plan (REAP) of Engr. Neilsen Campit entitled ‘Study on the use of low-density polyethylene (LDPE) waste (plastic bags) as additive/modifier in hot mix asphalt.’ The implementation of this REAP is one of his requirements as an alumnus of the Australia Awards.

“A 288-meter road was paved along Taft Avenue near the National Bureau of Investigation building all the way to Kalaw Avenue. To enable better comparison in similar local conditions, 139 meters of the road was paved using conventional asphalt, while the remaining 149 meters was paved using asphalt mixed with plastic waste. The latter was said to be compliant with the standards set by the DPWH and was thus recommended for pilot trials in actual local conditions.”

“The EDSA Greenways Project, which aims to build elevated pathways in key areas of the highway, has been given the official green light by the National Economic Development Authority (NEDA), according to a Philippine News Agency article.

“Five kilometers’ worth of elevated walkways will be built rehabilitated, according to the project’s main proponent, the Asian Development Bank (ADB). We all know the transport system of the metro isn’t exactly the most convenient, so a core goal of the project is to make commuting easier by creating links between the transport systems and the usual destinations. These ‘pedestrian facilities’ will link bus stops, train lines, and other transport hubs to ‘surrounding areas, buildings, and shopping malls,’ according to the ADB.”

“The National Privacy Commission (NPC) has issued a cease and desist order (CDO) against Grab’s in-car video and audio recording and selfie-verification pilot runs, saying these are not in compliance with the Data Privacy Act of 2012 and may endanger the privacy of the riding public.

“In a Notice of Deficiencies to the ride-sharing firm on January 31, 2020, the agency stated that Grab Philippines ‘did not sufficiently identify and assess the risks posed by the data processing systems to the rights and freedoms of data subjects’ and that ‘only the risks faced by the company were taken into account’ in its Privacy Impact Assessment (PIA).

“‘The video recording system will also enable Grab employees to monitor the situation live from the Grab Office and take photos of what is happening inside the vehicle, once the driver prompts the office through an emergency button,’ the notice reads.

“The NPC added that while Grab representatives said during a meeting that photos, videos, and audio recordings would be released to authorities ‘in the event of dispute, conflict, or complaint,’ the riding public was not informed of this information via the company’s privacy notice or privacy policy.”

“The decision was made during a committee hearing on February 5, 2020. The five bills to be consolidated by the TWG are as follows: HB 505, entitled the ‘Roadworthy Driving Seminar for All Drivers Act’; HB 1191, entitled the ‘Driver Education Act,’ and the relatEd HB 1956; HB 3196, entitled the ‘Mandatory Re-Education Program for All Motor Vehicle Drivers Once Every Five Years’; and HB 4122, entitled the ‘Professional Truck Driver’s Education Act.’

“Through these bills, the respective authors seek to address the most common cause of road accidents here in the Philippines: human error. This is based on data from the Metropolitan Manila Development Authority’s (MMDA) Metro Manila Accident Reporting and Analysis System (MMARAS). Data from 2018, for instance, showed that road-related incidents that year resulted in a daily average of 49 injuries and one fatality.

“It’s been more than three months since the DPWH and the Metro Pacific Tollways Corporation (MPTC) first opened the Cavite-Laguna Expressway (CALAX). Since then, motorists down south have been enjoying free passage through the tollway. That will soon change, however, as the MPTC will begin collecting toll fees on February 11, 2020.

“The toll rates for the initial 10km segment of CALAX are as follows: P47 for Class 1 vehicles (ordinary cars), P95 for Class 2 vehicles (buses and small commercial trucks), and P143 for Class 3 vehicles (large trucks or trailers). Electronic toll collection will also be available, and motorists with Easytrip RFIDs installed on their vehicles can enjoy easier transit. In case you missed it, tollway operators have waived requirements for RFID registration and installation, so you might want to check that out here if you use CALAX often.”

NOTE: As per the MPTC’s latest announcement, the start of the toll collection has been moved from February 10, 2020, to February 11, 2020. The necessary edits have already been applied to this article.

“Here’s a fair warning to Angkas, JoyRide, and MoveIt: ‘Mystery passengers’ have now been deployed to randomly inspect motorcycle taxis that are currently operating in the metro.

“With the help of the Inter-Agency Council for Traffic (I-ACT)—this includes the MMDA, the Land Transportation Office, the Land Transportation Franchising and Regulatory Board, and the Philippine National Police–Highway Patrol Group—the Department of Transportation (DOTr) and its mystery passengers want to ensure that all riders are following the guidelines and complying with the requirements set for this ongoing motorcycle-taxi pilot run. This is also to see if riders are not compromising the safety of all passengers in any way.

“The DOTr also reminded the three operators that only riders included on the master list of the technical working group (TWG) overseeing the pilot run are allowed to operate for the duration of this experimental scheme. It plans to strictly enforce this policy, and these mystery passengers will also be able to help identify any violators. Of course, violators will be apprehended, and the necessary penalties shall be imposed.”

“The Department of Public Works and Highways (DPWH) has released another update on the ongoing BGC-Ortigas Center Road Link Project.

“According to the agency, the bridge—which is being built across the Pasig River and was initially scheduled to be finished by March 2020—will be completed within the year 2021. Once the bridge is open to motorists, the DPWH says it will cut travel time between Ortigas and Bonifacio Global City to just 11 minutes.

“As of now, the DPWH says the project is 45% complete. The P1.6-billion undertaking includes the construction of the actual Santa Monica–Lawton Bridge that crosses the Pasig River, the rehabilitation of nearby Brixton and Fairlane Streets in Pasig City, and the construction of a 565-meter viaduct between Lawton Avenue and BGC.”

Skyway use to be restricted to Class 1 vehicles beginning February 16, 2020

“SMC has announced that beginning February 16, 2020, only Class 1 vehicles will be given passage through Skyway. This means only private vehicles such as cars, SUVs, vans, pickups, and the like will be allowed entry, while buses (including point-to-point buses) and delivery vans will need to use the expressway underneath. Note that this is in addition to a new traffic scheme that will be implemented along the southbound portion of Skyway also from February 16.

“SMC has provided pointers for the public utility vehicles and trucks that will be rerouted: 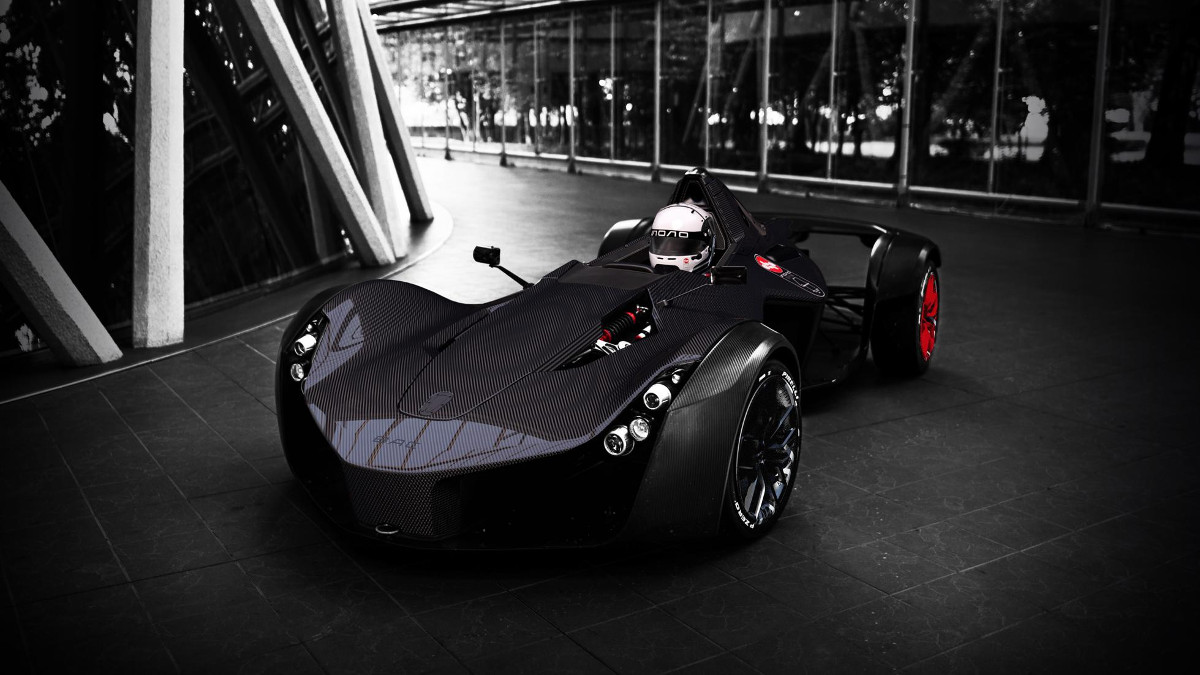 The unlikely inspiration behind the BAC Mono One
View other articles about:
Recommended Videos
Read the Story →
This article originally appeared on Topgear.com. Minor edits have been made by the TopGear.com.ph editors.
Share:
Retake this Poll
Quiz Results
Share:
Take this Quiz Again
TGP Rating:
/20