In Japan, a man has made it his mission to save the R31 Nissan Skyline

I guess this must be purgatory... for no other reason than I don’t know if I’m standing at the rusty, padlocked gates of automotive heaven or hell. Behind them, over 400 ‘R31’ Nissan Skylines—all forlorn, disemboweled, and methodically stacked on top of each other like some ghoulish game of Tetris.

It’s a properly macabre scene—one juxtaposed by rolling mountains, lush rice paddy fields, and a sprinkling of fantastically unremarkable industrial buildings. Stranger still, this pile of JDM junkers belongs to one man. A man who has failed to turn up. 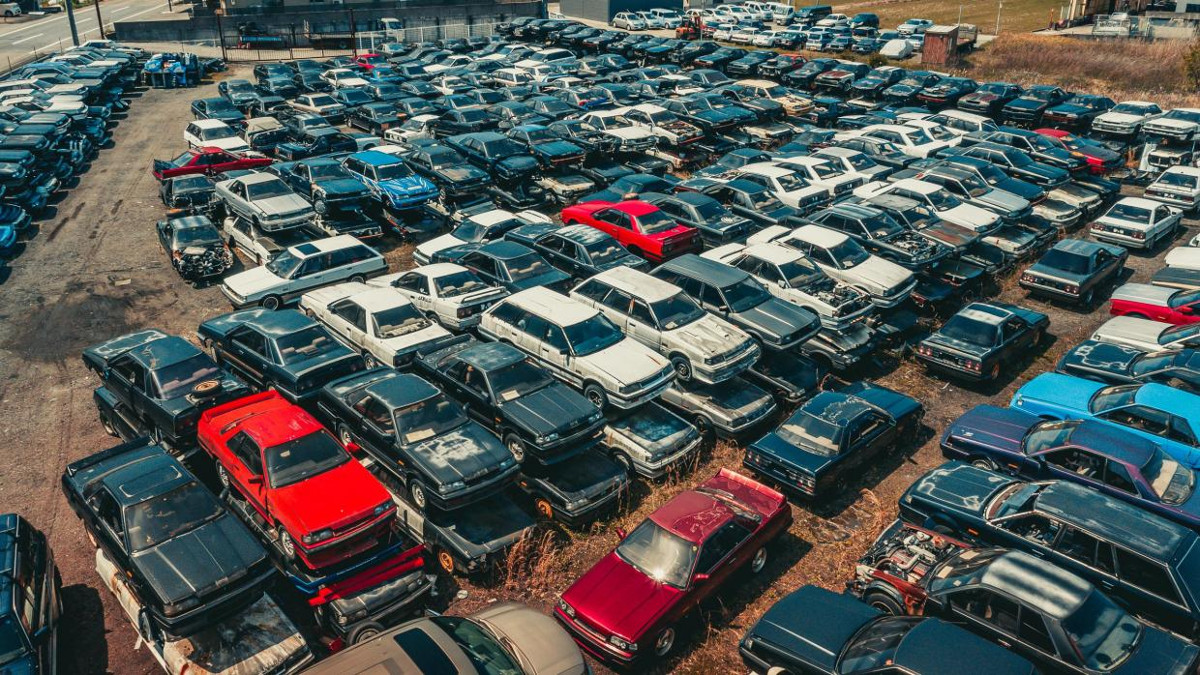 That actually might be the weirdest thing. Punctuality is taken verrrry seriously in Japan, so much so that last year a Japanese rail company was forced to apologize after a train left a station 25 seconds early. You can then imagine my surprise when the person I’ve spent weeks agonizing back and forth through all manner of bizarre Japanese emojis has failed to show. But at least it affords time for a quick history lesson.

Although the Nissan Skyline is iconic, the R31 is the Kevin McCallister of the lineage—the forgotten sibling. Arriving in 1986, it was a little bigger and boxier than previous models and leaned into a more luxurious, languid mentality. Ultimately, it failed to captivate people like grandad ‘Hakosuka’ and what would come later—its younger, cooler ‘Godzilla’ brother. A lot of this came down to the fact it was never honored with the hardcore GT-R badging. But it was far from a lemon.

The R31 was actually the forefather for a lot of fundamentals that have become legendary Skyline staples. It was the first to be equipped with the now iconic and highly tunable RB-series straight-six engines, along with the ‘Red Top’ cam covers. It was also the first car to introduce Nissan’s proprietary 4WS system, HICAS. 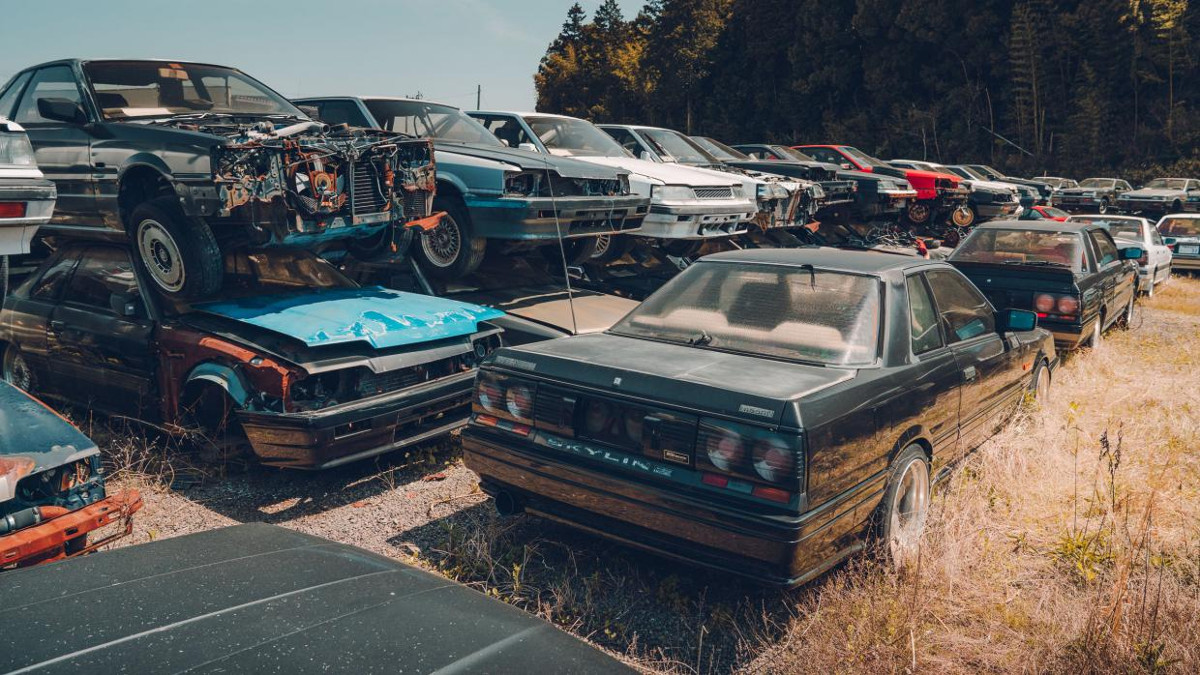 On top of all that, it had those instantly recognizable ‘stove top’ rear lights. And every single shape, size, spec, and special edition of the R31 is in this graveyard. If only I could get in.

Luckily, rushing in an incredibly hurried manner, the gatekeeper—Shibata-san—arrives.

“Ahh-ahhh, sooooo sorry,” he says in breathless broken English. “Hospital,” he says while showing a bloodied plaster and faint tourniquet bruising on his left arm.

Before I can even get out my phone to find out what the Japanese is for, “You okay, hun?” he gestures the international tippy-hand-glug-glug-I’ve-been-on-the-lash signal. “Hhh-hh-hangover,” he says with a wide smile. Within a matter of seconds, I can tell that Shibata-san is cut from a different kimono. 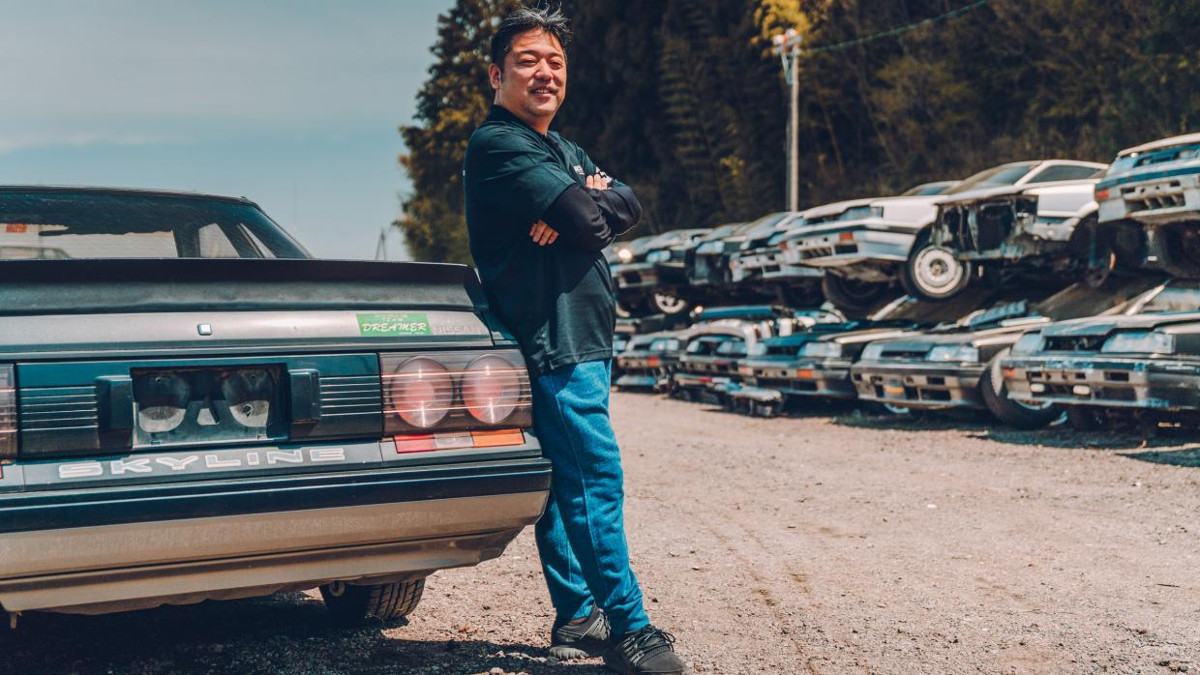 For the past 20 years, he has been the man to call for anything related to this boxy Skyline. The 44-year-old set up his business—R31 House—back in 1999, and is now responsible for some of best R30 and R31 builds on the planet. This graveyard is his parts bin. Now, you may mewl at the wrecks just left to rot in the rain. But Shibata-san is actually their savior, as he had the foresight and nous to know what the R31 had to offer. So, he bagged them all before the Skyline boom.

You don’t need an MBA to know that’s good business. But more than that, Shibata-san fabricates all the retrofitted components himself and has done so from the beginning. Mainly because no one else would. Or cared.

“I now have over 3,000 customers in Japan. The cars here on top are for stripping parts, the ones below are for mechanical components,” he explains, “while the ones here on the floor have good bodies so can be fully restored with over 2,000 parts we make in-house.” 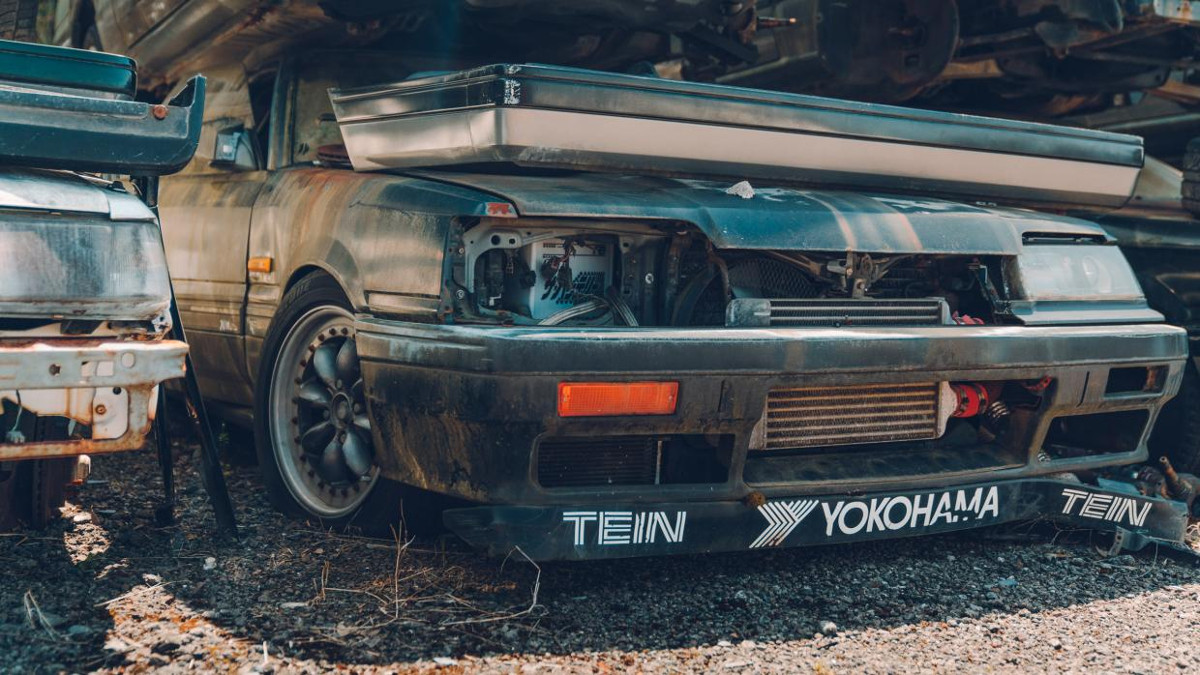 When you go inside the vast workshop and look at the cars in build (there are three more facilities and overspill car parks with more R31s), you realize what he is doing is proper haute engineering. And it’s his father you have to blame.

“My father was a racing driver. I grew up at circuits and was always around Datsuns and Sunnys,” he shares. “But one day, I heard an unmistakable engine.”

At this point, he fills up his cheeks like a bagpipe and exhales furiously. His face pulsates, lips vibrate, and the most sensationally authentic impersonation of an R31 GTS-R race engine blasts out of his mouth with a hilariously histrionic high-pitched cam-y sound. 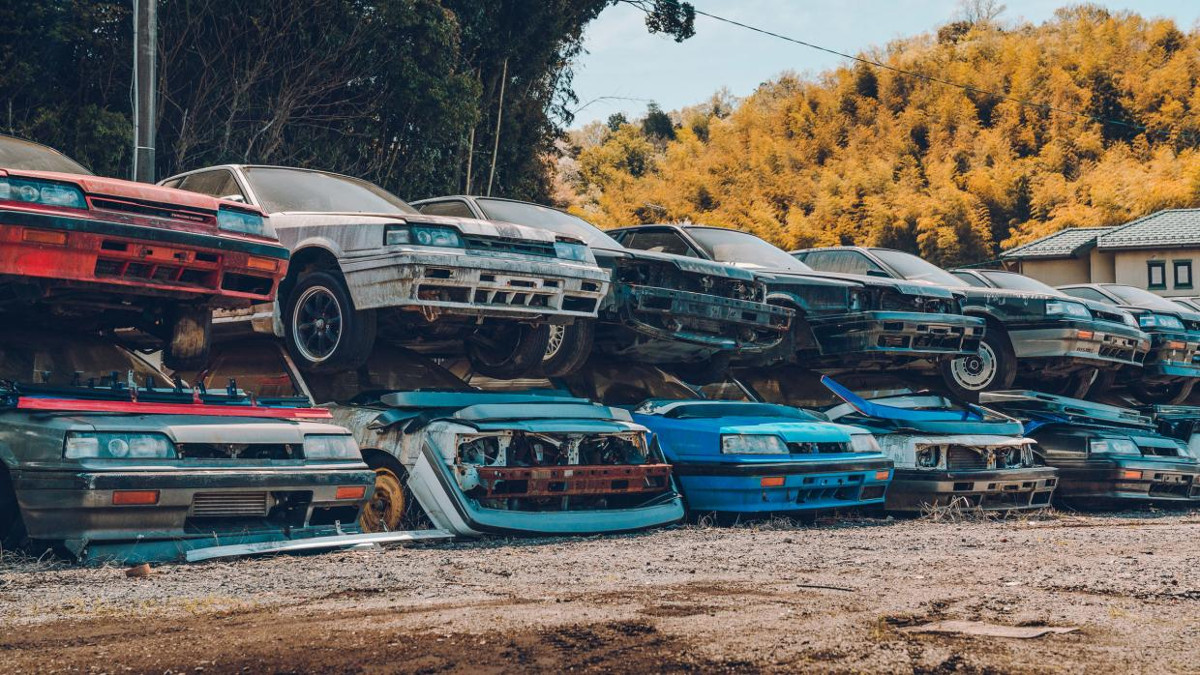 The GTS-R was the car that Nissan used to homologate the R31 for endurance racing, and while it may not have won the legendary GT-R badge, it’s not too far removed. The carmaker made only 823 road cars, and Shibata-san now owns over 50 of them. But for the last two decades, he’s been striving to put that Group A racing sound in a road-going R31. And thanks to bespoke manifolds and headers, he’s nailed it. But he has more plans than simply resurrecting every R31 in the land and playing his mouth like a kazoo.

“Last year, I went to Maranello. I couldn’t believe there was a town dedicated to Ferrari. So I thought: ‘I could do that here—I want to build GT-R World,’” he says, pulling out some blueprints. “It will be the greatest GT-R service center on the planet. There will be a showroom with perfect examples of each generation Skyline. There will be tables, drinks, and stages. And girls. Pretty girls. All dancing. It will be a nightclub for Skylines. There will be a gift shop and theme park.”

I don’t know if he’s had a second wind from what he drank. But he seems serious. And if people say they’re going to do something in Japan, it tends to happen. And if it does, we’ll be first in line. 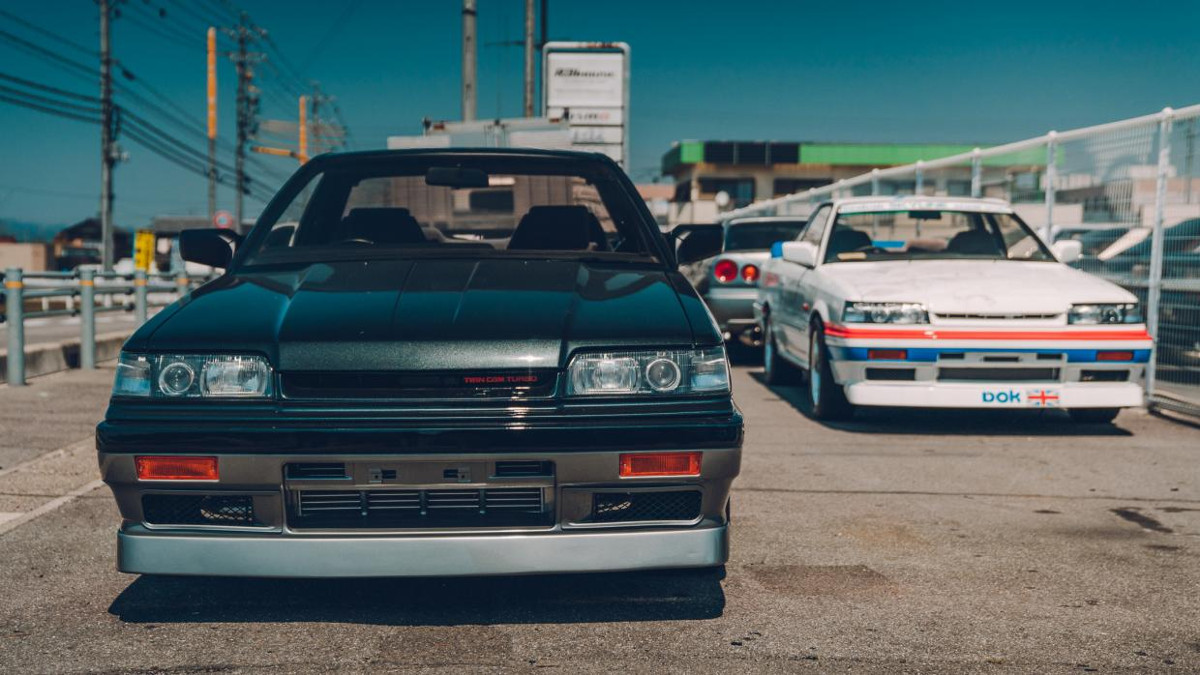 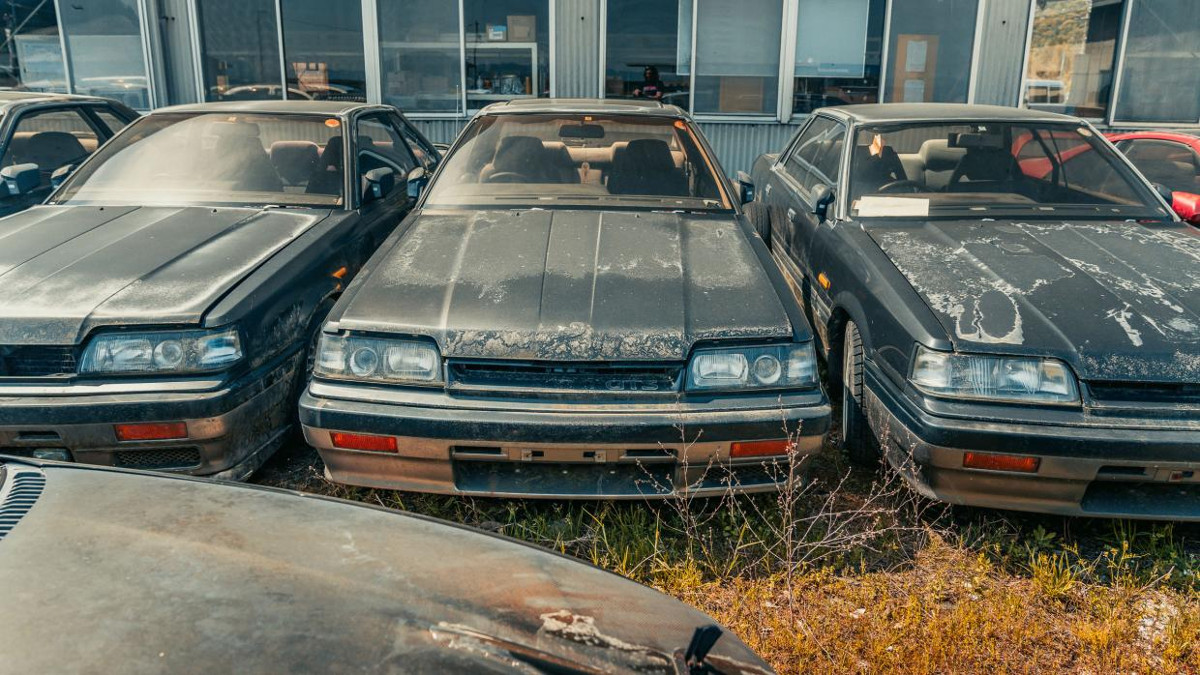 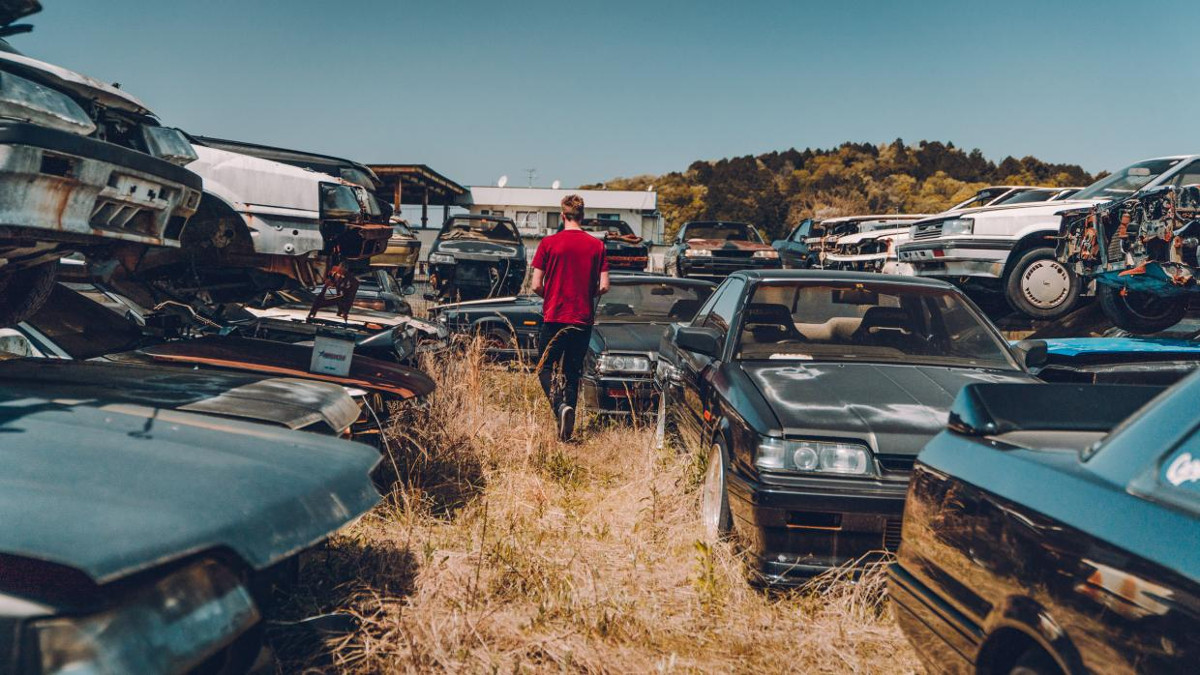 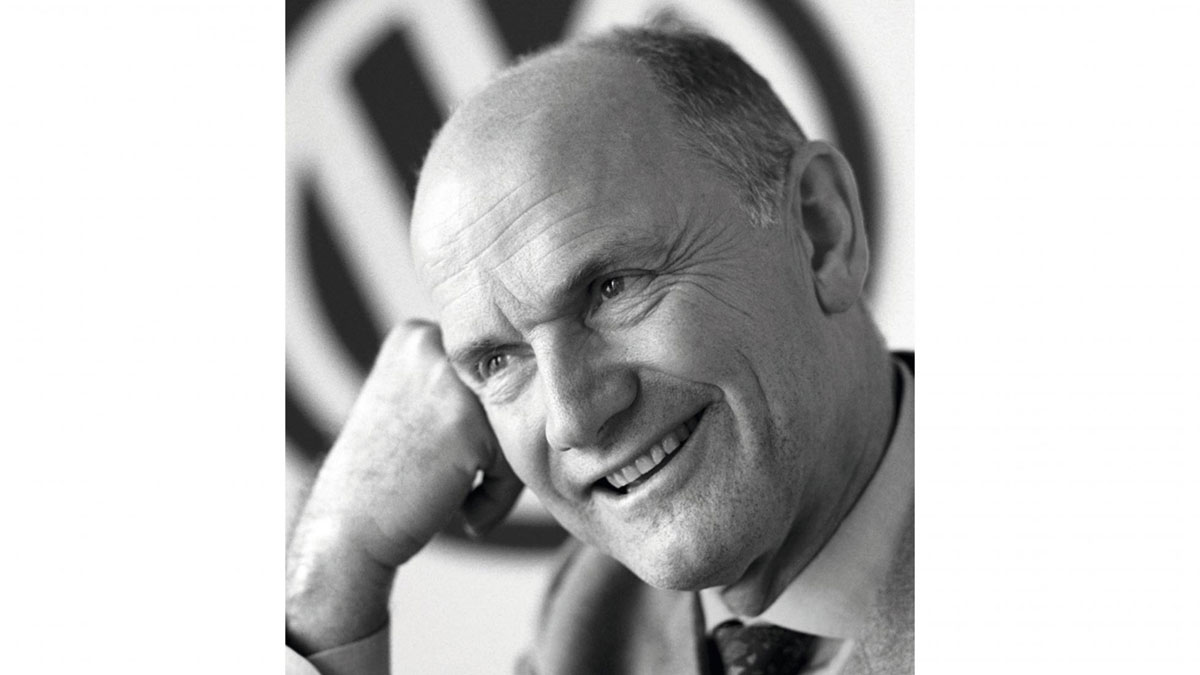 Remembering Ferdinand Piech: 1937-2019
View other articles about:
Read the Story →
This article originally appeared on Topgear.com. Minor edits have been made by the TopGear.com.ph editors.
Share:
Retake this Poll
Quiz Results
Share:
Take this Quiz Again
TGP Rating:
/20