Opinion: Why Formula 1 sprint races should be here to stay

The majesty of one-lap heroics has been immortalized into Formula 1’s history like no other; there’s a romanticism attached to, say, Senna’s qualifying lap at the 1988 Monaco GP, or Mansell at the British GP in 1992, or indeed Lewis Hamilton’s magic on the streets of Singapore back in 2018.

Over the weekend, however, Silverstone provided a different kind of spectacle, and one that was thoroughly exciting—F1’s first-ever sprint race. And it’s a format that, at least in my opinion, needs to stay.

The standard qualifying format still remains, so there’s plenty of space to eke out those one-lap moments of glory. Indeed, despite being on the back foot in the past five races, Hamilton pumped out the fastest lap on his first Q3 outing, enough to secure him the top spot for Saturday’s sprint.

(The sprint format is a simple one—as mentioned, Friday’s qualifying determines where you start on Saturday, when there’s a short 100km sprint/race to determine where you’ll start on Sunday.)

Max Verstappen managed to jump Hamilton at the start and led the ‘sprint’ to finish first—thus qualifying on pole for Sunday’s race—with Hamilton finishing in P2 just 1.4sec behind. Bottas filled out the top three behind the two championship rivals.

Behind them, however, one Fernando Alonso was proving that sprint racing can yield opportunities. The two-time champion started Saturday’s sprint race on softs—the fastest tire—and in 11th place. By the end of the first lap, he had moved up to fifth. He took on Vettel, then Sainz, then Russell, then Ricciardo, then Perez, and finally Norris, all within the space of that opening lap.

Sure, he was later passed by both Norris and Ricciardo, but it certainly made for exciting viewing. And it was only because of the sprint format that we got to see it. For 25 or so minutes—17 laps of Silverstone, which is about a third of the race distance—we saw some actual wheel-to-wheel action, before the proper wheel-to-wheel action (quite literally, as you will have heard) on Sunday.

After Saturday’s sprint race, Verstappen said: “That was good fun. I’m of course happy to score the three points and it’s quite funny to have a pole position from the race as well but we will take it.”

Hamilton added: “I think it was great for F1 to try something new, and even if the race wasn’t particularly exciting after the first lap for myself, there are definitely learnings we can take from today.”

So, the drivers liked it, the fans certainly appreciated the additional action, and we reckon it should stay. What do you lot think? As ever, answers in the comments... 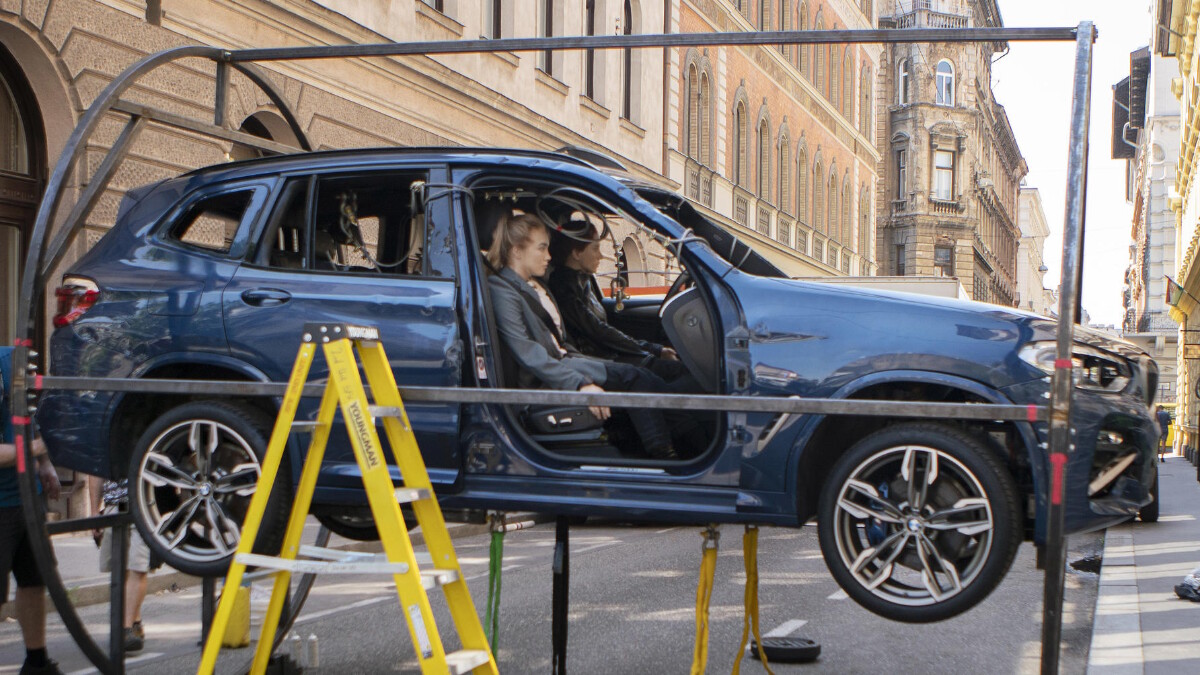 A total of 13 BMW X3s were used to film the ‘Black Widow’ car chase
View other articles about:
Read the Story →
This article originally appeared on Topgear.com. Minor edits have been made by the TopGear.com.ph editors.
Share:
Retake this Poll
Quiz Results
Share:
Take this Quiz Again
TGP Rating:
/20