We know what we’re driving when the game comes out
by Drei Laurel | Oct 16, 2020
CAR BRANDS IN THIS ARTICLE

The hype train is real. Cyberpunk 2077 is shaping up to be one hell of a game thanks to some incredible source material, countless years in development, and developers’ foresight to cash in on Keanu Reeves’ resurgence just as it hit its peak. Now, we have another reason to look forward to this title’s release.

CD Projekt Red, the game’s developer, has just released a rundown of what vehicles will appear in the game. You’ve got your hunk-of-junk rundowns, some futuristic sports cars and exotics, and heavy-duty armored vehicles and trucks, and promises of a unique virtual driving experience and whatnot—standard video game fare, really.

Something very special was teased towards the end of the reveal, though.  Watch:

Recognize it? Yes, that is a Porsche 911 Turbo. While the video itself doesn’t confirm what the mystery ride is, Porsche itself did so on social media. The carmaker even teased that the fictional vehicle will be dropping by the Porsche museum in Stuttgart, Germany sometime soon.

Apparently, this shiny 911 Turbo is the personal ride of Johnny Silverhand, played in the game by none other than Keanu Reeves. How it managed to survive until 2077, we don’t know. And speaking of Reeves, his company Arch Motorcycles’ products will be featured in the game as well.

Anyway, we’re just glad to see that what little semblance this messed up cyberpunk future has to the good old days comes in the form of this classic German sports car.

Excited for this? The game hits consoles and PC on November 19, 2020. We definitely know what we’ll be driving around Night City when we finally get to play it. 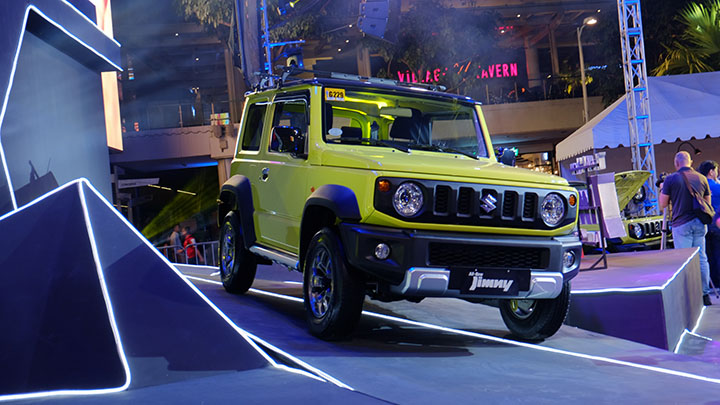 Some Suzuki dealers are reportedly charging an extra P100k on top of the Jimny’s official SRP
View other articles about:
Recommended Videos
Read the Story →
This article originally appeared on Topgear.com. Minor edits have been made by the TopGear.com.ph editors.
Share:
Retake this Poll
Quiz Results
Share:
Take this Quiz Again
TGP Rating:
/20