Professional athletes, after undergoing years of physical training and honing their bodies to constantly be in peak physical form, are usually built better than the average joe. Retired or not, most of these dudes are used to taking a beating.

That said, sudden incidents that lead to injury can still strike at any time. In the case of former NBA shooting guard Ray Allen, he was reminded of this off the court and well into his retirement.

Allen recently took to Instagram to share an unfortunate experience he had cycling in his neighborhood that led to a trip to the hospital. His focus was thrown off by a car that was driving too close to him and the next thing he knows, he’s flying from his bike and about to land on the road face-first.

“Yesterday as I approached the end of my bike ride, I was cruising through my neighborhood and a car pulled up slowly behind me. I sped up to get out of the way,” Allen said in his Instagram post, describing the incident.

“As I looked back behind me, the car was gone, but, the minute I turned my head back to what was in front of me, it was too late. I ran over a tree branch that was in the road and my front wheel went haywire and threw me from the bike.”

Thankfully, Allen was able to avoid any serious injuries and was able to walk home afterward. Upon reaching his house, Allen said he almost passed out and was immediately brought to the hospital by his wife to check for any internal injury.

“My wife immediately took me to the hospital to make sure that I didn’t have any internal bleeding. Had my vitals checked and a few X-rays taken and all was ok.”

Allen also took his ordeal as an opportunity to remind cyclists to always keep their helmets on. According to him, he wasn’t riding that fast but the incident could have ended up being much worse if he wasn’t wearing his helmet. He also said that bikers must be sure to keep their eyes on the road at all times.

“I wasn’t riding fast at all but the ground still took its toll. When you’re riding you can’t take your eyes off the road because something bad could happen! My helmet saved me from a far worse fate.

“I didn’t want to post this at first because no one wants to show their missteps in life, but as you get older, you learn that life isn’t always about being cool or perfect. It is okay to be vulnerable! More importantly, I had to post this as a reminder for everyone to please wear your helmets when you ride!”

Good to know that Allen is safe following his mishap. Have you ever experienced anything similar? Given the state of roads around these parts, we reckon a few of you guys have had close calls like this as well. Let us know about them in the comments. 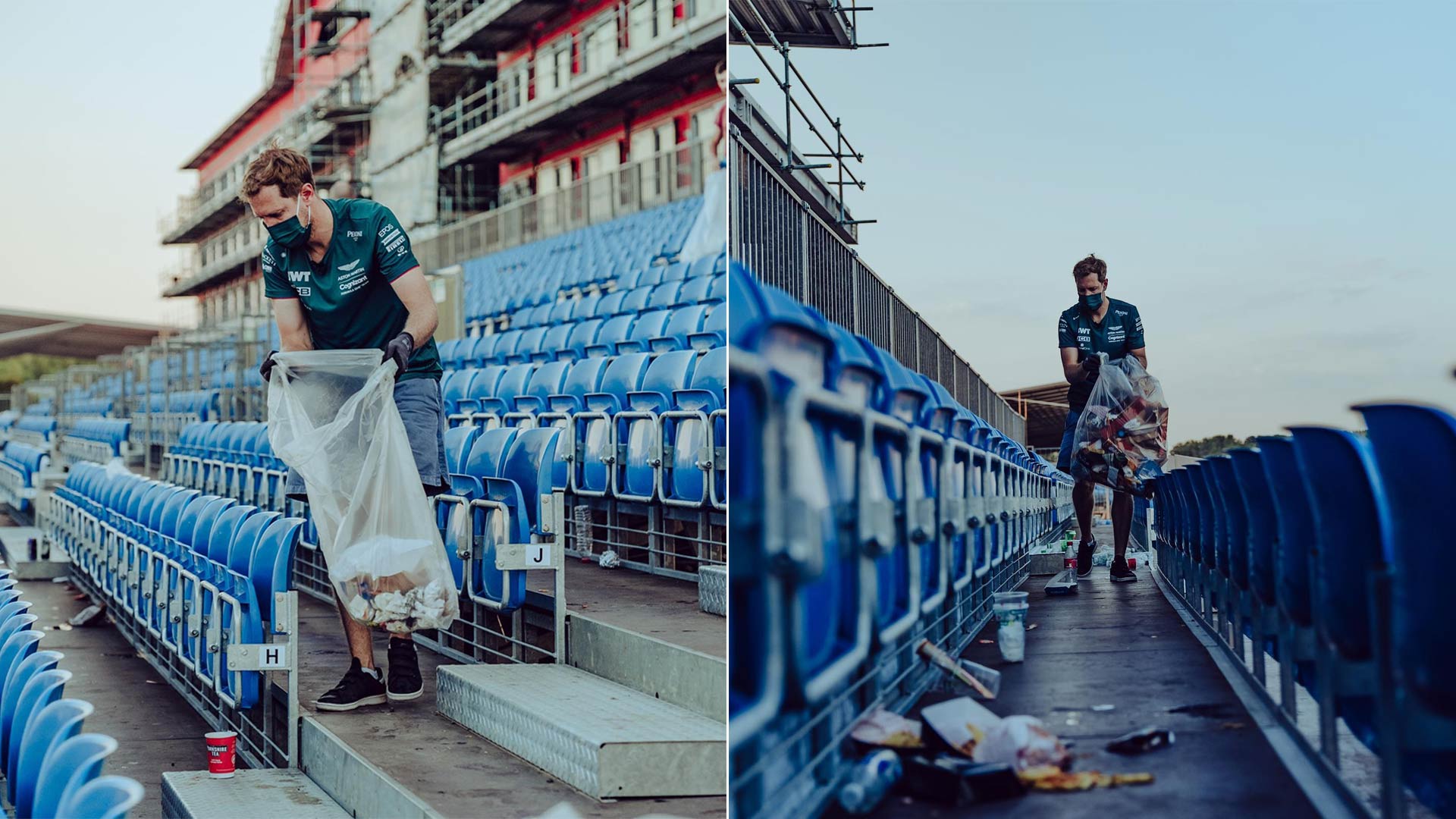 Sebastian Vettel cleaning up after the British GP is the feel-good story we need
View other articles about:
Read the Story →
This article originally appeared on Topgear.com. Minor edits have been made by the TopGear.com.ph editors.
Share:
Retake this Poll
Quiz Results
Share:
Take this Quiz Again
TGP Rating:
/20