An amalgamation of automotive trends and passion
by Tom Ford | Feb 29, 2020 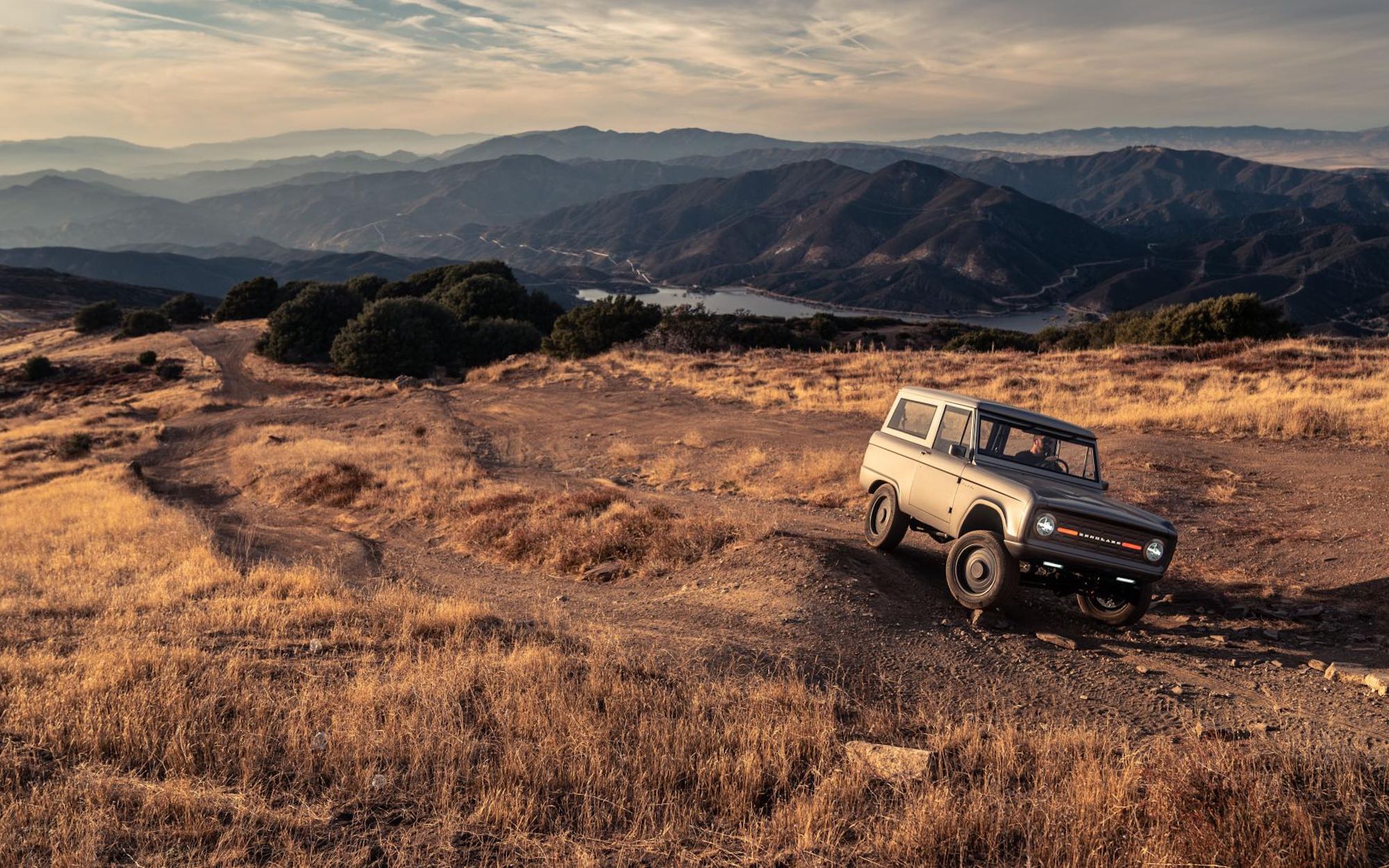 “You’ll buy it because you want it”

“Road” is a mite generous as a description, really. It’s a rocky vein sketched lightly across the ankles of a small-ish mountain. A carriageway busy with everything but traffic, all dust and rocks, and brush that grumpily scrapes itself up out of the dirt as if angry about its own existence. The sun is starting its low pass, which means this vintage Ford Bronco is chased by a blocky shadow a millisecond in second place the whole way, a silhouette softened by the light trail of dust we’re ploughing in our wake as we climb.

We crawl over rocks in low-range, picking lightly at the trail, gently pulling ourselves ever higher until the view reveals itself and we pull to a stop, absorbing the view like taking in a breath, a view painted in muted watercolors across the horizon. It’s a scene that could be pulled from the Sixties, given the age of the car we’re driving. Except when you listen, and look closer. Because one, the Bronco is near silent, even when it’s moving, and two, if you spare this Ford any more than a cursory glance, you’ll realize that this car is the same as a Sixties Bronco in the same way that a cat is a horse. Same basic design architecture, wildly different outcome.

It goes deeper than the modern paint. Or the millimetric carbon-fiber panel gaps that are decidedly unBronco in both material and finish. The re-made body that soothes away some of the original Bronco’s more awkward production necessities. It goes further than the hardcore and respected Currie Enterprises differentials you can see peeping out from underneath the car front and back, or the Fox Racing suspension that you glimpse. Further even than an interior that you could happily mount on a wall as modern art: floating center console modeled on an Eames chair, manual gearstick as tactile a piece of engineering as you could hope for. Because this is a Zero Labs Ford Bronco. It is different because it is re-engineered from the ground up. And it is silent because it is electric.

Heresy? Depends on your point of view. Because Zero Labs is currently knocking out fully electric, heavy-restomod classic Ford Broncos, neatly plaiting two of the hottest trends in automotive into a vehicle that’s about as on-trend as it’s possible to get without involving a vegan Kardashian wearing nothing but a pair of Yeezys. And without spoiling the end of the story too much, it is utterly, completely beguiling. To explain why, it’s probably best to start at the beginning. With Adam. But not that one.

Rewind to several hours earlier, and Adam Roe, CEO and founder of Zero Labs Classic Electric Vehicles, is on a roll, and it’s hard to decide whether he’s a genius, or intriguingly insane. Maybe it’s the jet lag, but I stare glassily, aiming for thoughtful and knowing, coming up somewhere on the far side of looking like I’ve turned up to a battle of wits unarmed. Smile flickering off and on like vintage neon, Roe gestures expansively at Zero Labs’ new manufacturing facility next door to Elon Musk’s Space X in Los Angeles, and asks, seemingly unsure, “But it’s cool though, right?”

Yes, it’s cool. But this, I realize as a lady called Kaylee glides past on a longboard, holding a cup of coffee the size of a fire extinguisher… this is peak California. And it’s not just the inter-room commuting equipment. The energy here is tangible. You can taste the optimism on the back of your throat, feel it leaking out from the people, the place. It’s as warming as the Californian sunshine doing its best to jam itself through the office window. It’s incredible and slightly… weird. Or maybe, y’know, jet lag.

My eyes keep wandering to the matte grey Bronco lurking 30ft away. It certainly looks the part, and I’m hoping against hope that this isn’t some cobbled-together Instagram-pretty facade. I can feel myself getting drawn into the Zero Labs enthusiasm, and it’s going to be a killer if the car is rubbish. It doesn’t help that I instantly like Roe, because it’s impossible not to. He isn’t what you’d call the typical automotive CEO. Fit-looking, dressed in a black vee-neck tee, denim jacket and scuffed trainers, Adam Roe one of those people impossible to pigeonhole. Hip off-duty mechanic or charming slacker millionaire? Could be either. Or both, in this case.

Having built up a 25-year career in advertising and tech, Roe pulled an extraordinary business volte-face and decided to make classic EV conversions instead. His cars wouldn’t be re-fit restorations, but re-engineered in a way that brought modernity and convenience to the fore, mixing in a generous dose of whimsy and art along the way—a bit like a very popular ‘re-imagineer’ of Porsches based not far away here in California. To that end, he gathered up a small team of designers, artists, fabricators and racing-car engineers, chassis and tech people, and made a company.

Zero Labs is definitely a bit different from the usual small volume atelier start-up. The shop is brick-built and resembles a hip New York loft apartment. It currently stocks several Broncos in various states of undress and re-animation. The quality of the stripwork and fit is clinical and impressive. There aren’t hundreds of cars in here, but that’s a good thing, the Zero Labs Bronco being a limited initial run of around 150 vehicles. Vehicles that will be hand-built, and limited to cars that are well on their way to being wrecks, and it’ll turn away any conversion of a straight and pretty original car. Saying that, there’s plenty of space to expand, and this feels like a gang of misfits with a mission. The Bronco will not be the only car on the Laboratory table, and the plan is to both upgrade the current car’s specification and continuously upgrade existing cars as they go.

Of course, there are several companies who refresh old Broncos. Many who do bang-up jobs too, fettling and improving the icon. But Zero Labs goes several steps further, and pulls the heart right out of it. Admittedly, it’s not like a Bronco had a truly legendary engine in the first place, but plugging in a 70kWh battery pack and a 434hp, 376Nm BorgWarner permanent magnet motor is certainly a statement of intent. Re-making said Bronco with carbon-fiber panels, a custom chassis, integrated roll-cage, every modern convenience and a generous dose of artistry is tattooing that intent onto your forehead and never wearing a hat.

But, hell, you can throw money at something and waste nothing but time and liquidity, watch your big dream burn with surprising speed if you don’t have more than just some quirky patter and a nice show car. Big dreams cost big money. So after a good tour around the place, we head out for a mini adventure into the hills above Los Angeles to see if Zero Labs is more than just pretty social media.

First impressions are excellent, if unfamiliar. On a road, the Zero Labs Bronco is probably what is best described as ‘authentically vague,’ steering and stopping five times as well as an actual period Bronco, but not anaesthetized by its modern drivetrain. That probably sounds like damning with faint praise, but this is by no means a bad thing, and you’ll appreciate the fact that the whole thing isn’t dominated by an EV drivetrain optimized for 0–60mph. This old horse is pleasingly brisk and happily confident on the streets—even if you do have to take your time to get used to the manual box. It’s no particular biggie, just that an EV obviously doesn’t have a stall speed, so a) you don’t have to de-clutch when you slow to a stop, and b) you sort of preselect gears: clutch in, change gear, clutch out, throttle.

Weirdly, it just feels just right, no matter how unfamiliar the operation given the silhouette. It’s a fairly eccentric choice to leave in a manual box, but it works here both emotionally and physically. It rides well, corners acceptably, and you can feel the quality of the components pretty much instantly. It’s not a revelation in terms of set-up, but you can fettle your own car to suit yourself, and that expensive suspension allows just that.

More than that, it’s a joy to just sit in. A jeweller’s eye brought to bear on a classic but imprecisely wrought vintage Ford. Without trying to sound perverse, you could spend a long time just touching the inside of this thing, feeling the weight and solidity of the components, revelling in the seamless nature of the upgrades, from the vegan leather to the bamboo inserts. It’s magic. The con of the Zero Labs, the visual and tactile grift, is that it all looks like it should have been this way in the first place—if a Bronco had a more appealing interior than a Rolls-Royce.

The good news continues away from metalled roads—properly set up, this would be an off-road master. The nature of the EV delivery means you can pick your way pretty much anywhere with minimal wheelspin or general boorishness, silently creeping up tricky tracks listening to the birds sing. It makes so much sense. And, with a range of around 305km from a full battery, if you live somewhere near to the wild, off-road days out would be a joy. No, it’s not going to be the solution for serious off-road overlanding, but there’s capability here beyond what we’re used to. For me, a bigger battery and over 400km of range, and you’d be sorted.

The difference here is that this car feels tangibly real. A bit of time spent with Roe and you realize that this probably isn’t one of those pop-up brands whose conception via ego leads to death by reality. There’s plenty of no-nonsense business nous hanging around. And Roe seems to have had his fear of failure surgically removed. The truth is that most of these businesses splash hard, and then slowly bleed to death. A death brought on by a thousand cuts of production reality: profit versus loss and hard investment that turns even the most outrageously priced single unit (from $160k or around P8.15 milion for one of these, since you ask) into an unsustainable loss leader.

But Zero Labs is delivered in the kind of nimble, fleet-footed and slick way that you only get with small benevolent dictatorship outfits with someone savvy calling the shots. Roe talks about making a sentimental connection with the owners, about making something that contains everything you love, without the things you hate. About melding our passion for old cars with a drivetrain more suited to modern living. What he and his team have created is a car that you won’t buy from Zero Labs because you need it—you’ll buy it because you want it. And if you spend even the smallest amount of time in one, or with these people, that want becomes need very quickly indeed. 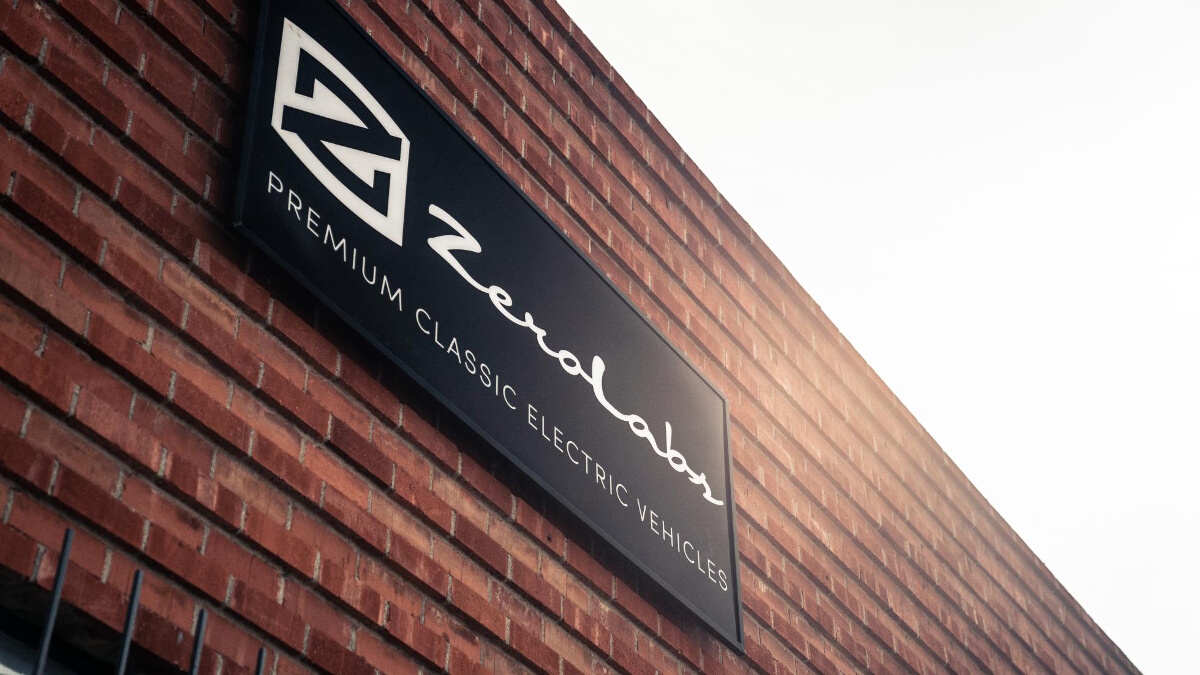 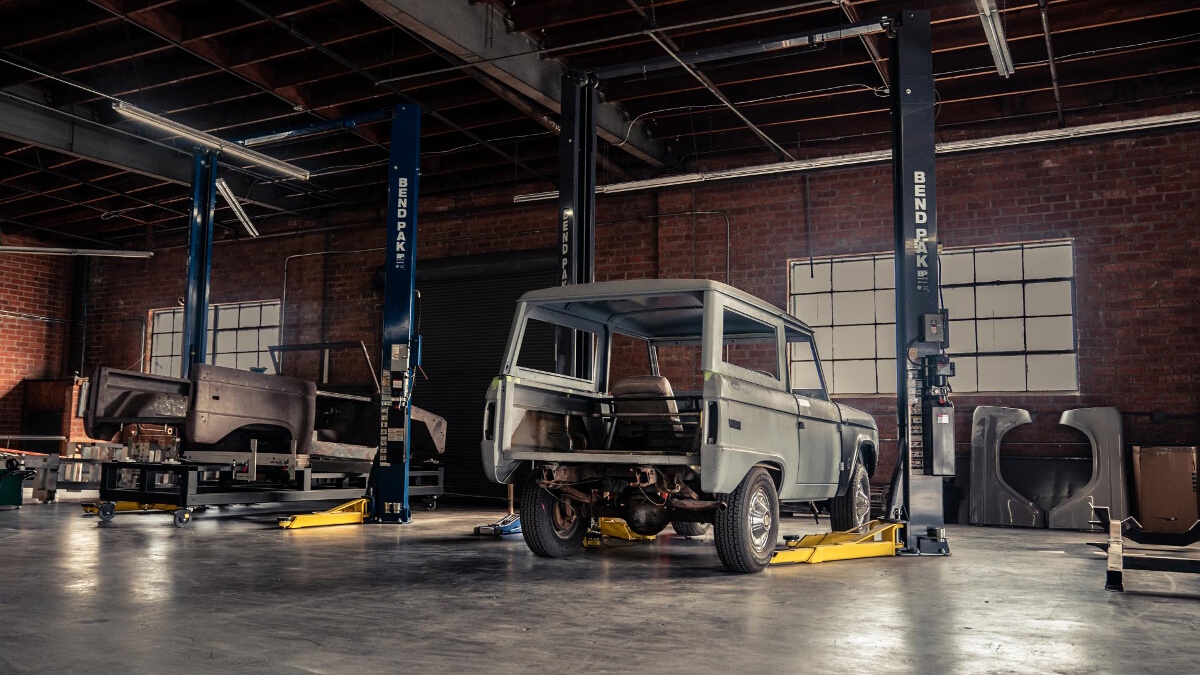 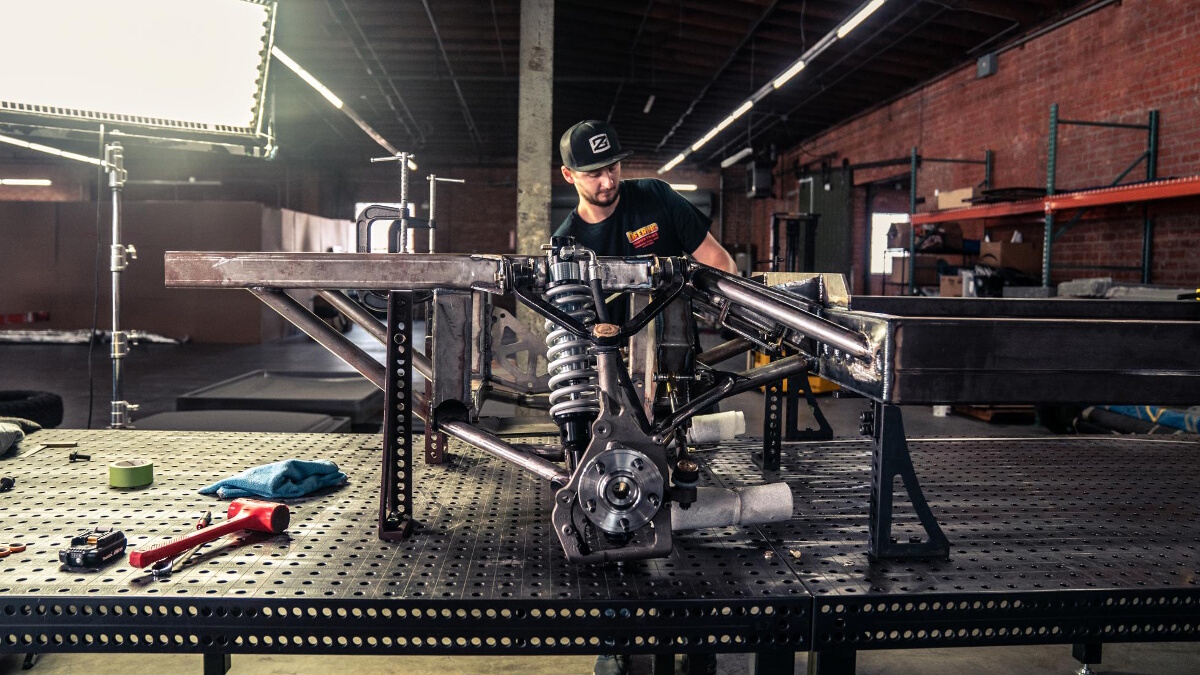 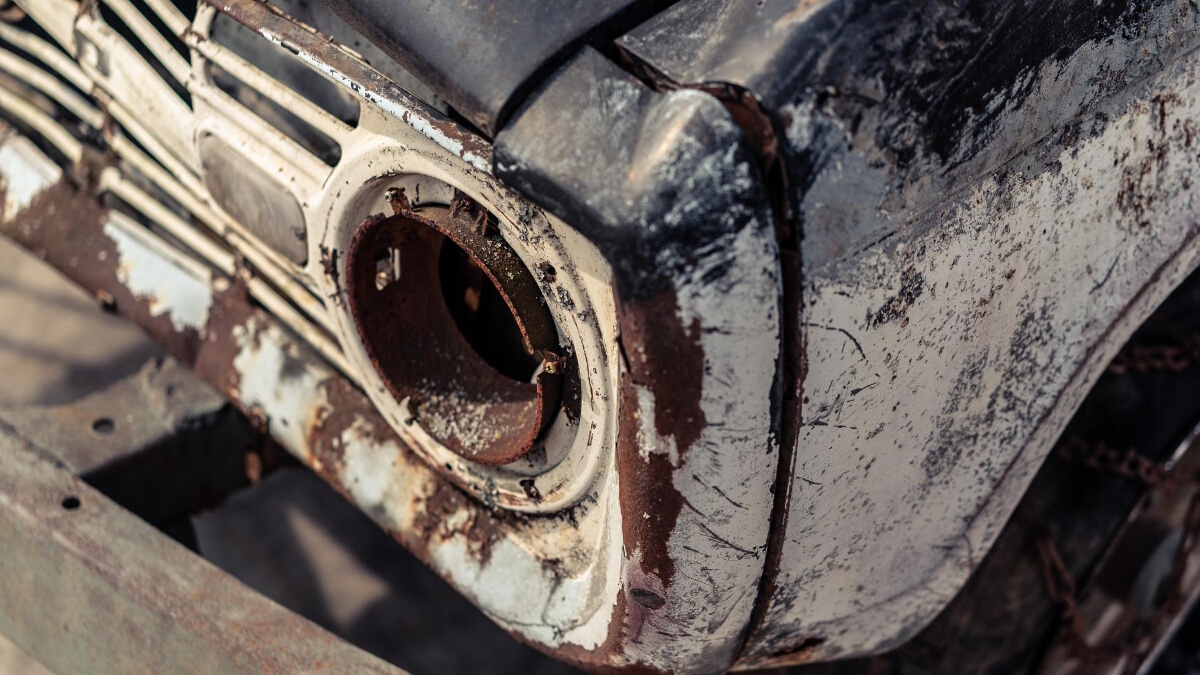 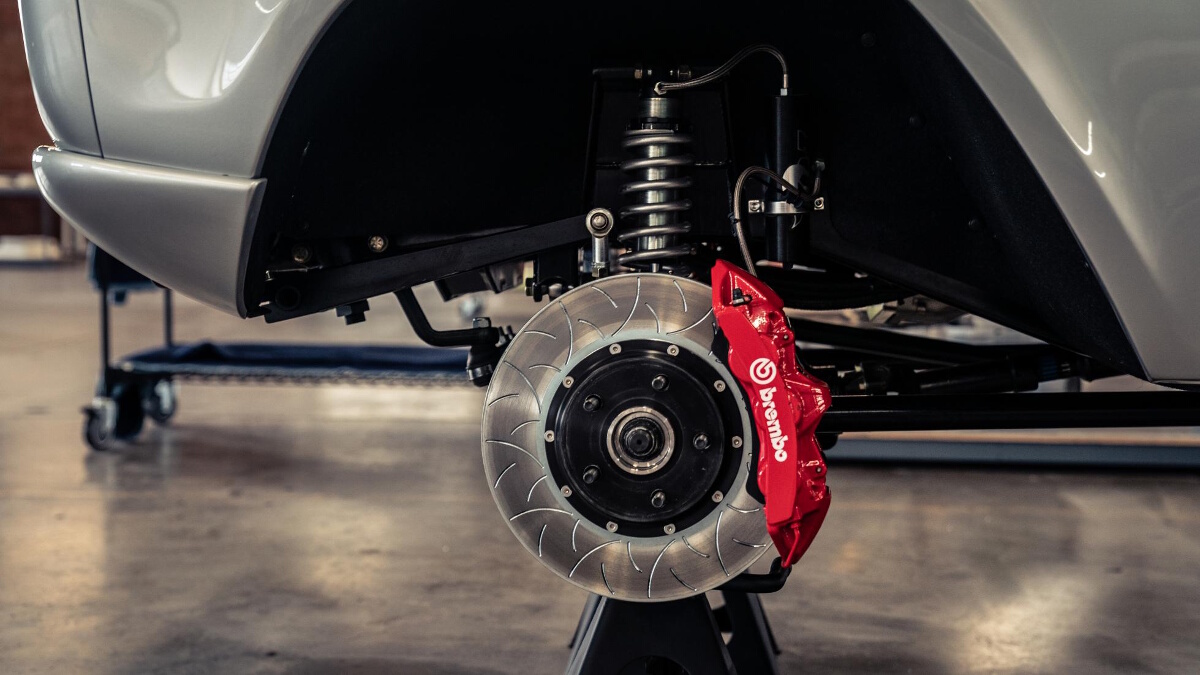 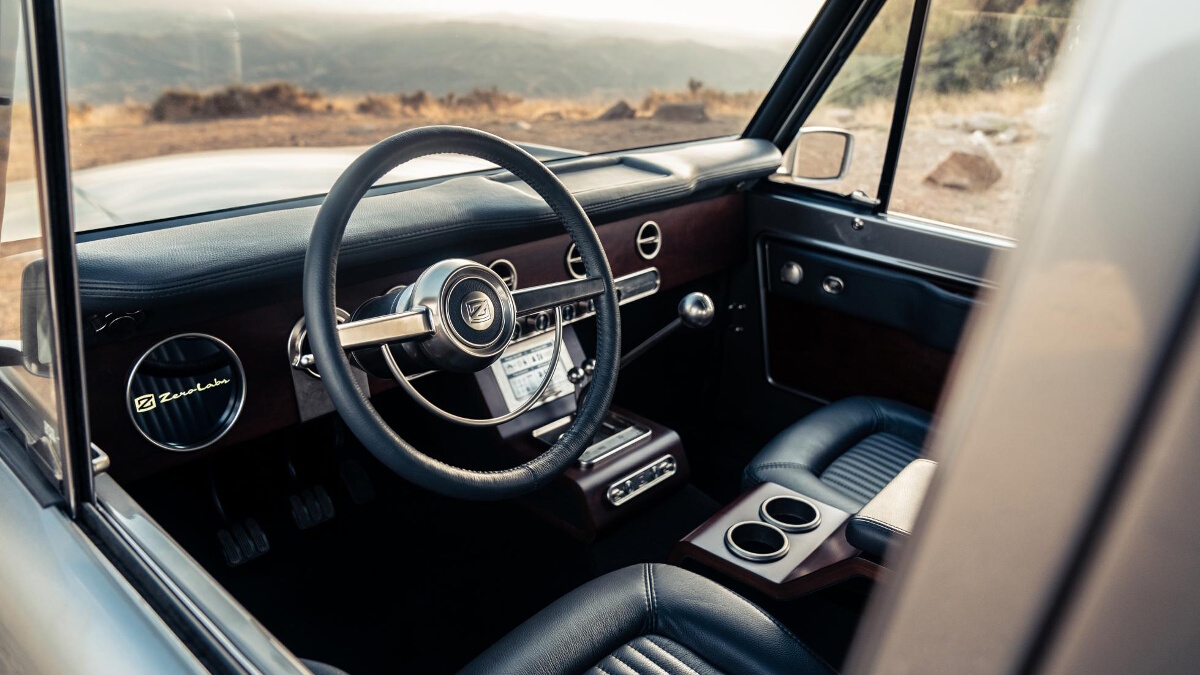 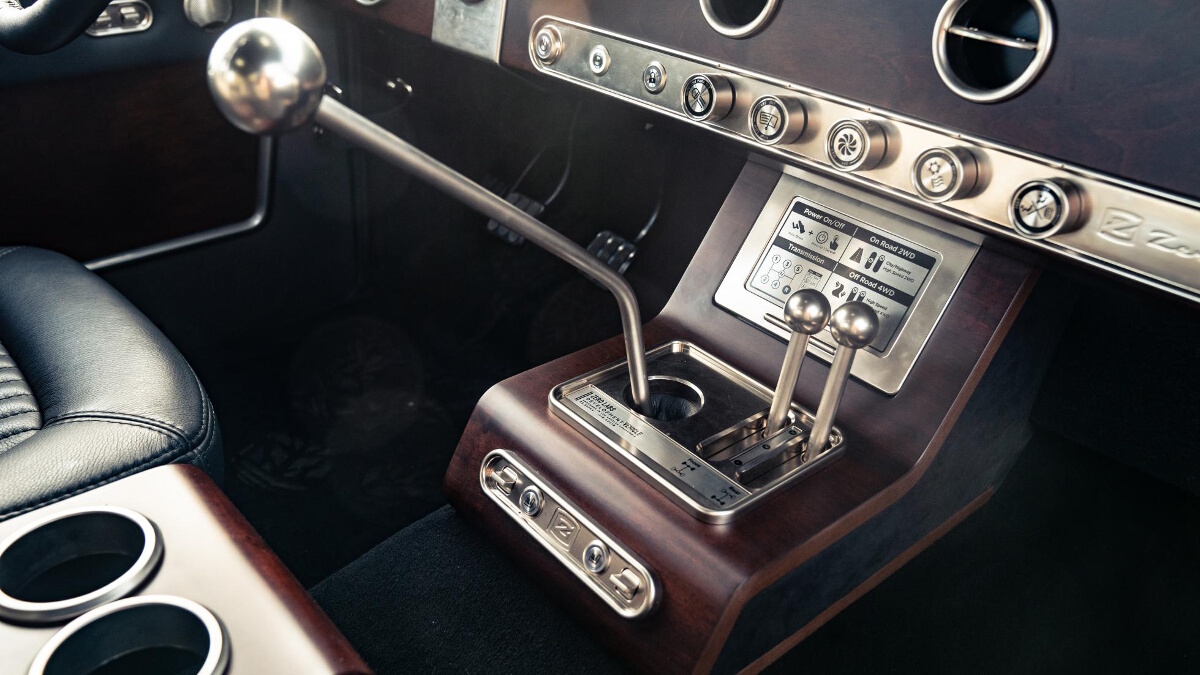 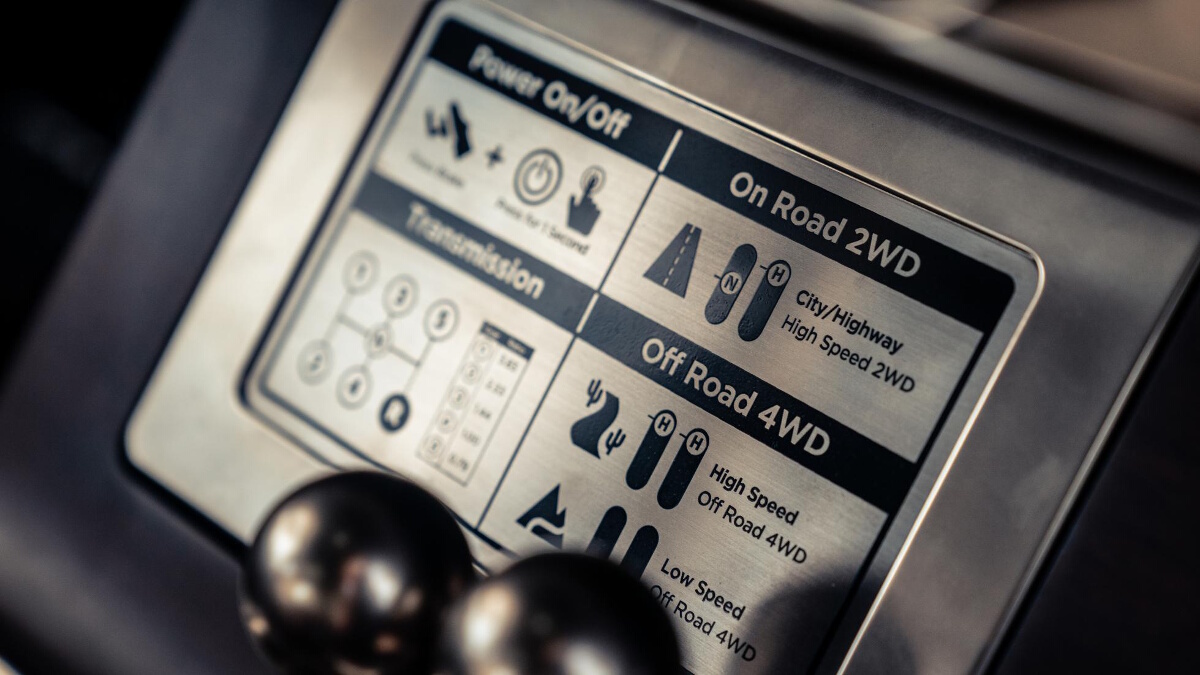 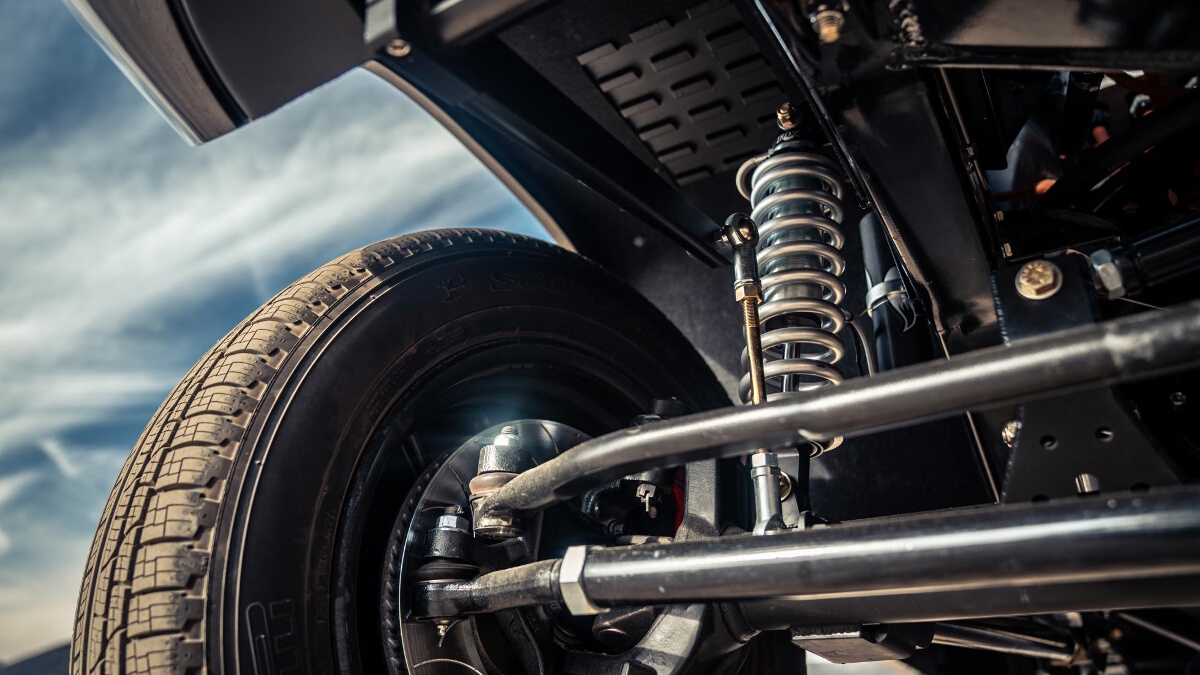 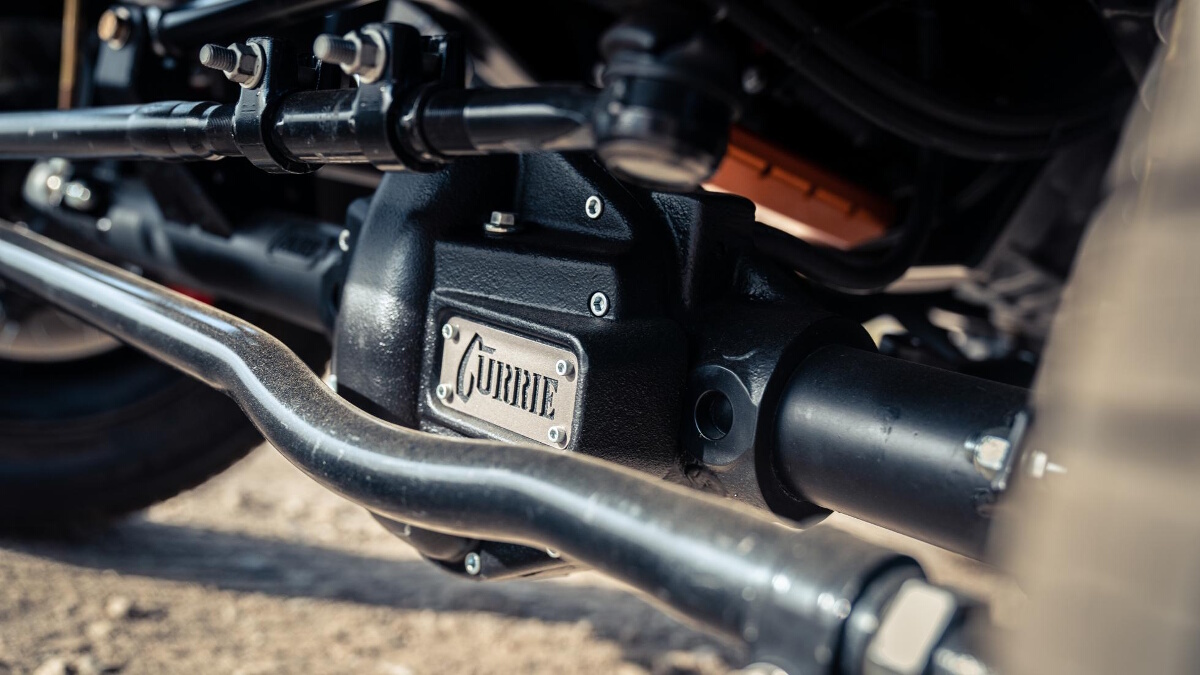 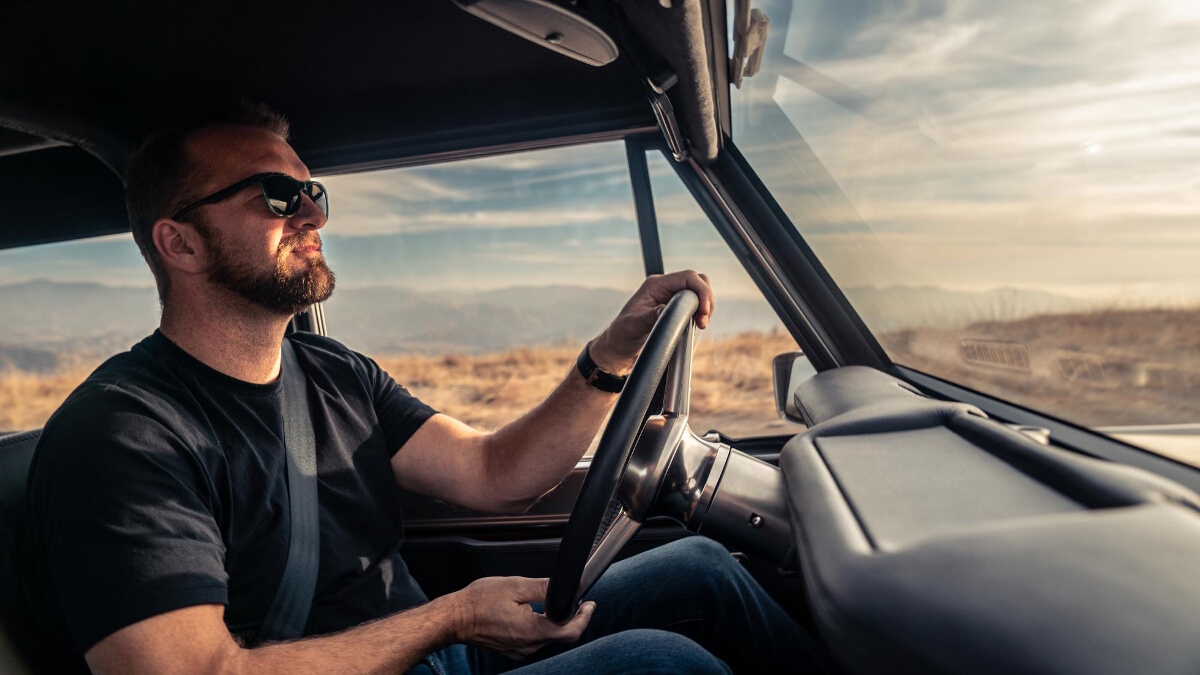 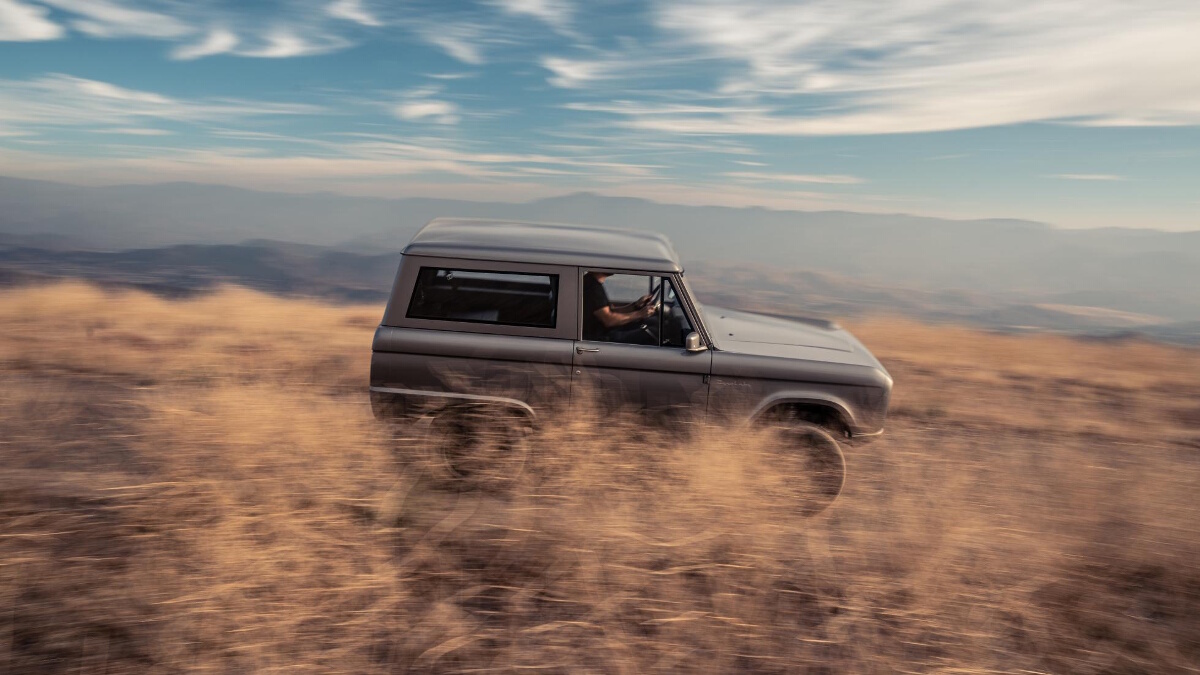 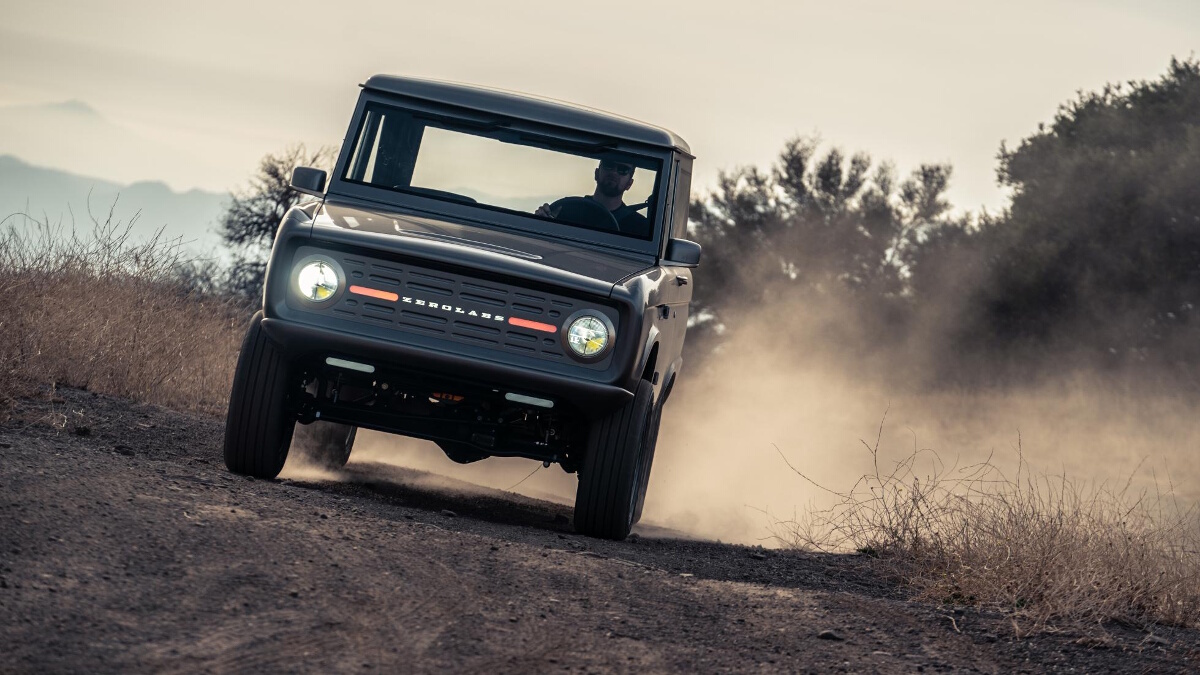 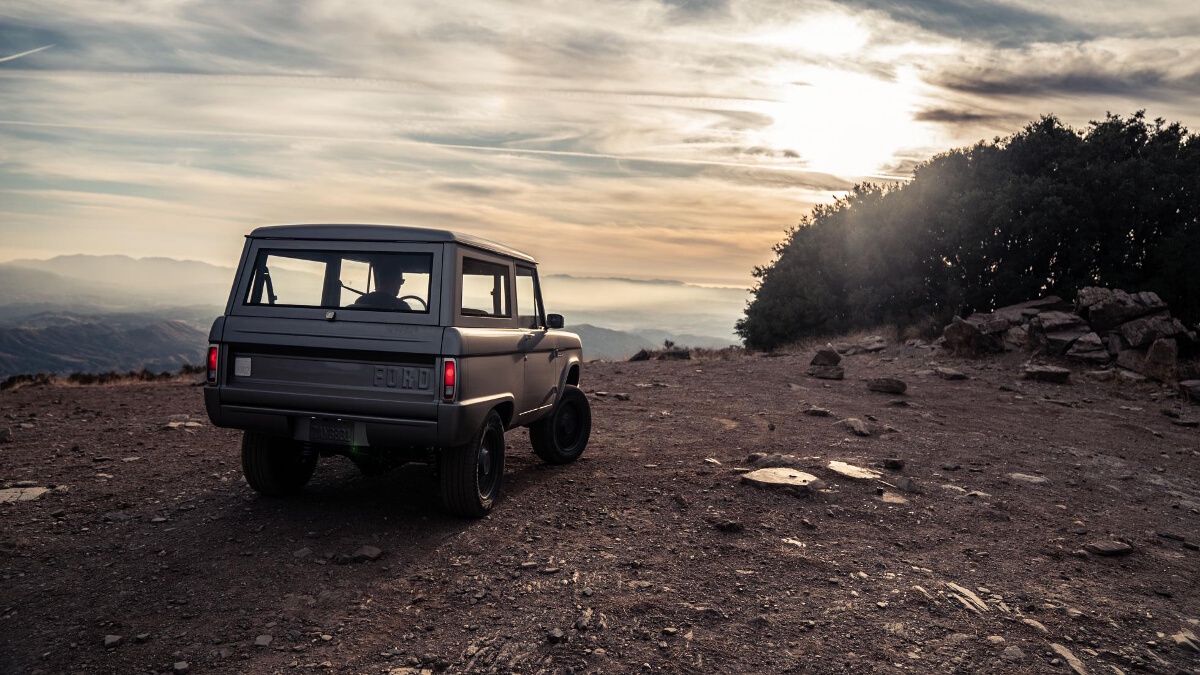 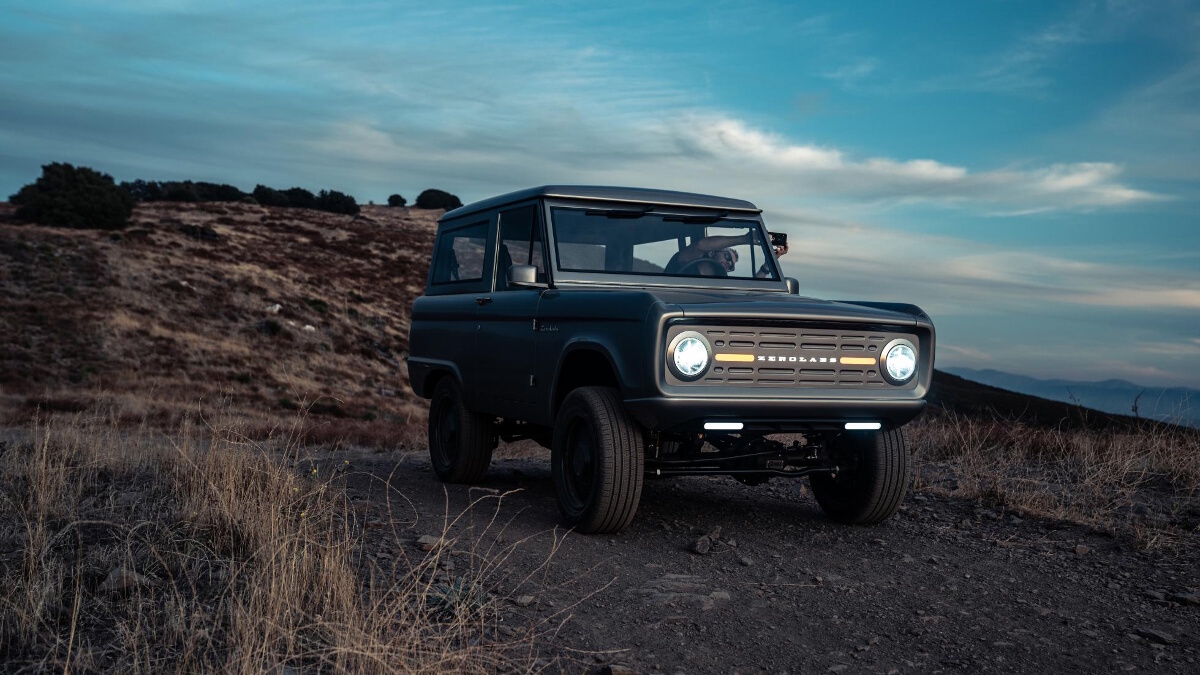 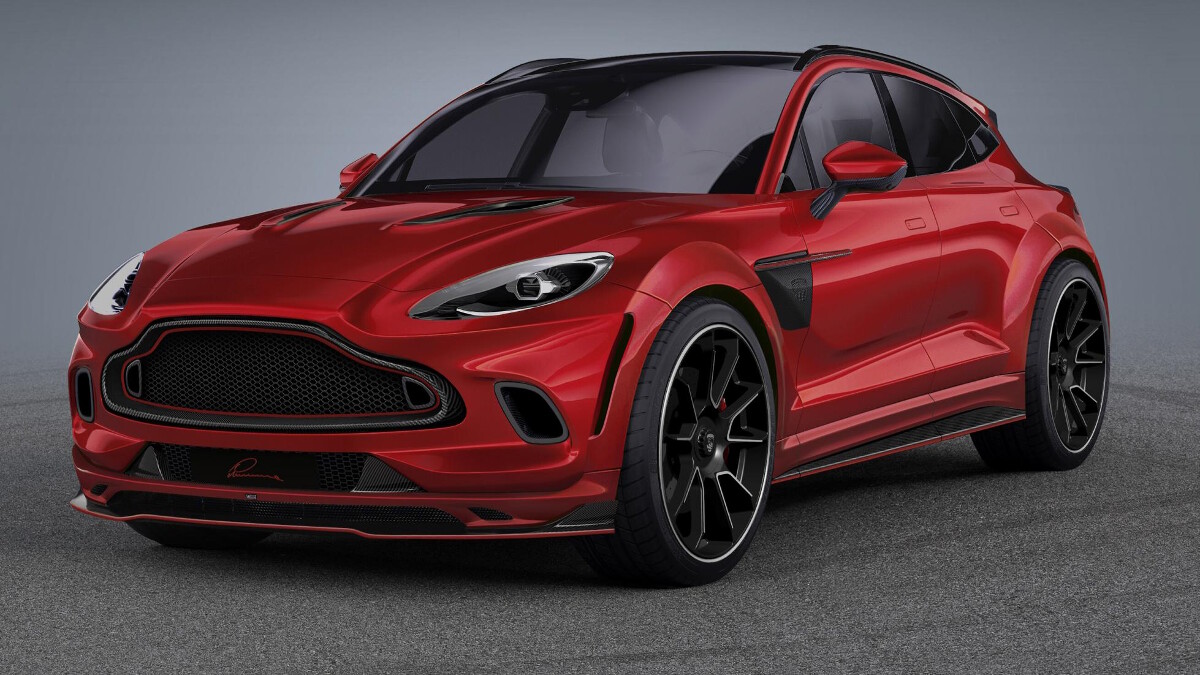 The Aston Martin DBX isn’t out yet, but aftermarket tuners are already tinkering with it
View other articles about:
Recommended Videos
Read the Story →
This article originally appeared on Topgear.com. Minor edits have been made by the TopGear.com.ph editors.
Share:
Retake this Poll
Quiz Results
Share:
Take this Quiz Again
TGP Rating:
/20