The engine supposedly sounds similar to a V12
by Leandre Grecia | Jun 25, 2021
CAR BRANDS IN THIS ARTICLE

Ferrari is damn serious about building electric supercars. First, it was the SF90 Stradale. Now, we have this: the new Ferrari 296 GTB.

You might think the 296 GTB isn’t that big of deal because it’s not the first hybrid Ferrari, but this is the first road car from the brand to sport a V6. In fact, the powertrain is entirely new and was “engineered from a clean sheet.”

The vee on this V6 has an angle of 120 degrees between the cylinder banks, and it features the first Ferrari engine setup with the turbos installed. This lowers the car’s center of gravity and makes the engine more compact, allowing for better mass distribution. 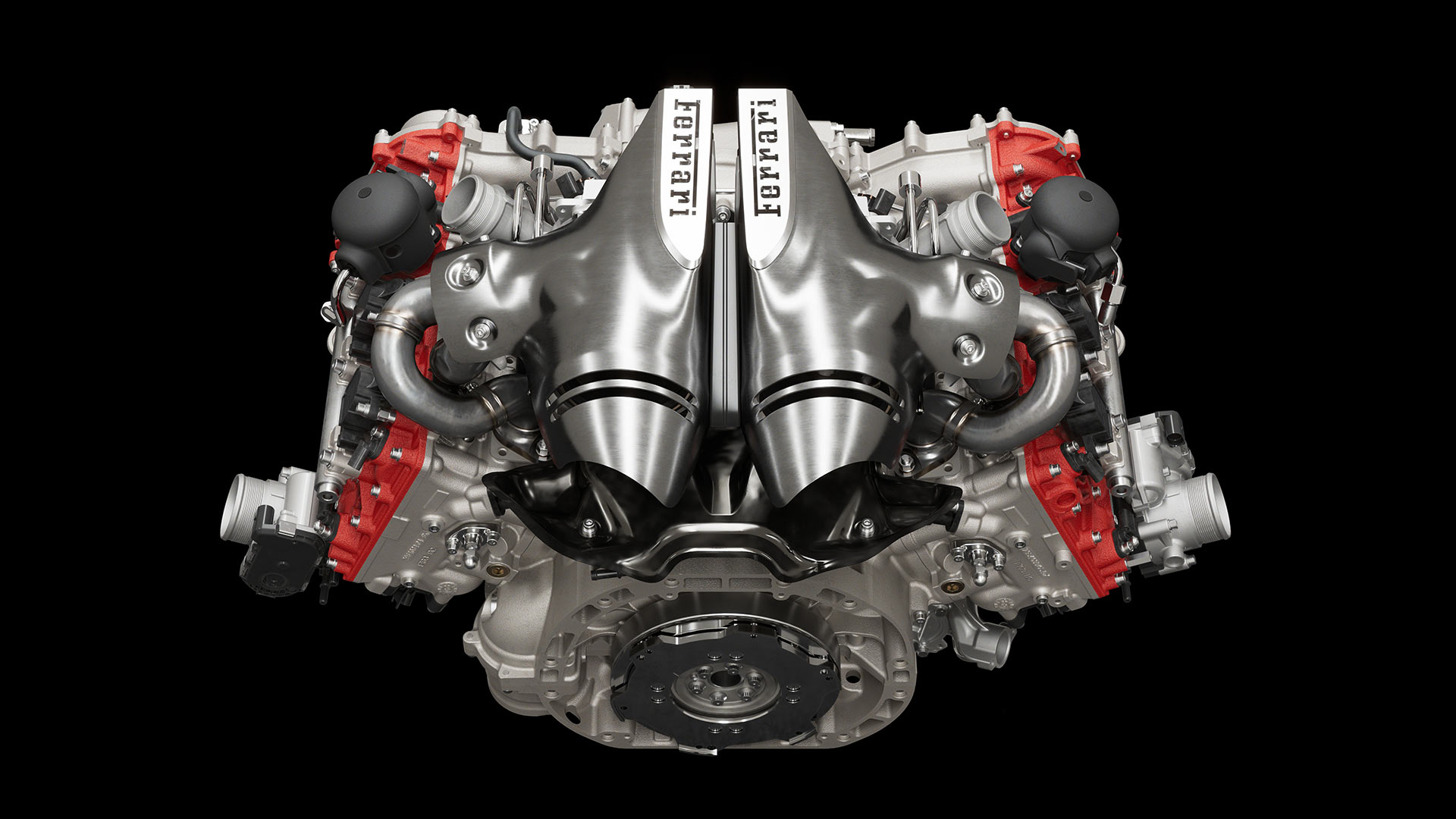 Other noteworthy points about this new powertrain are that the engine block and the cylinder heads are built from aluminum—which Ferrari claims is new to V6 architecture—while the turbos are made from higher-performance alloys. It also benefits from technology introduced in the SF90—specifically, performance enhancements and emission reductions in the combustion chamber.

This internal combustion engine is mated to an eight-speed DCT and is paired with a rear-mounted electric motor that produces up to 164hp. The entire setup boasts a total output of 819hp and 740Nm of torque, and allows the 296 GTB to do 0-100kph in 2.9sec and to 200 in 7.3sec. An all-electric eDrive mode is also available, and at full charge, the 296 GTB can run over 25km and reach speeds of up to 135kph.

No word yet on fuel consumption figures. Frankly, we reckon potential owners would care more about this engine’s sound. You see, Ferrari says that despite having half the number of cylinders, this power unit will still have a similar roar as a V12. Sweet. 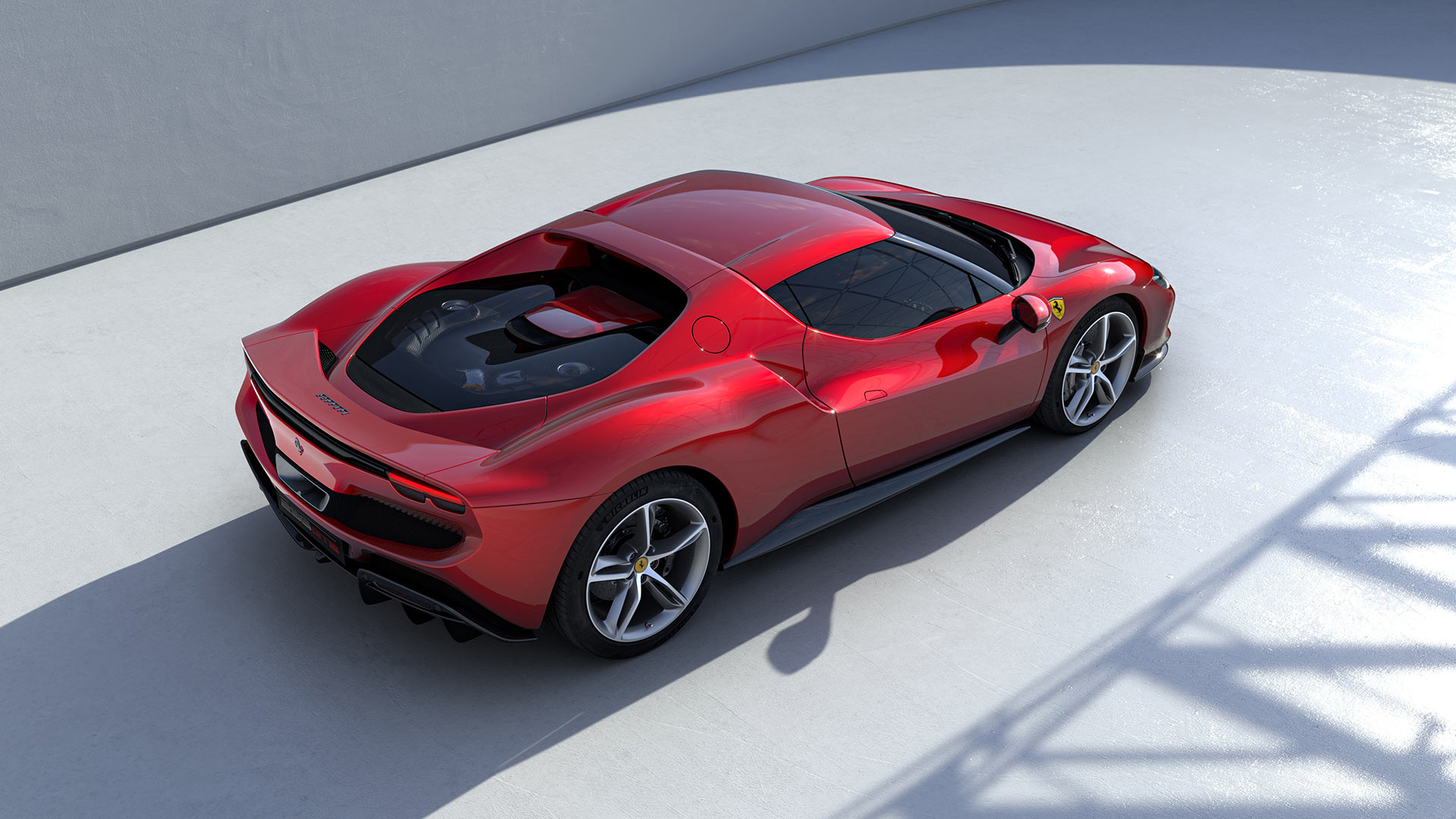 Now, enough about the engine—let’s take a minute to talk about the car’s exterior and interior design. Ferrari calls the 296 GTB the most compact berlinetta to have ever rolled out of Maranello over the past decade, and the carmaker made it a point to give it a clean and simple look that “seems the work of a single pencil stroke.”

The carmaker says there are “neither artificial optical effects designed to lighten the car’s volumes nor stark colour contrasts.” Its designers took inspiration from the 1963 250 LM, which is apparent in the B-pillar, the wings and air intakes, the Kamm tail, and the car’s overall shape and physique. 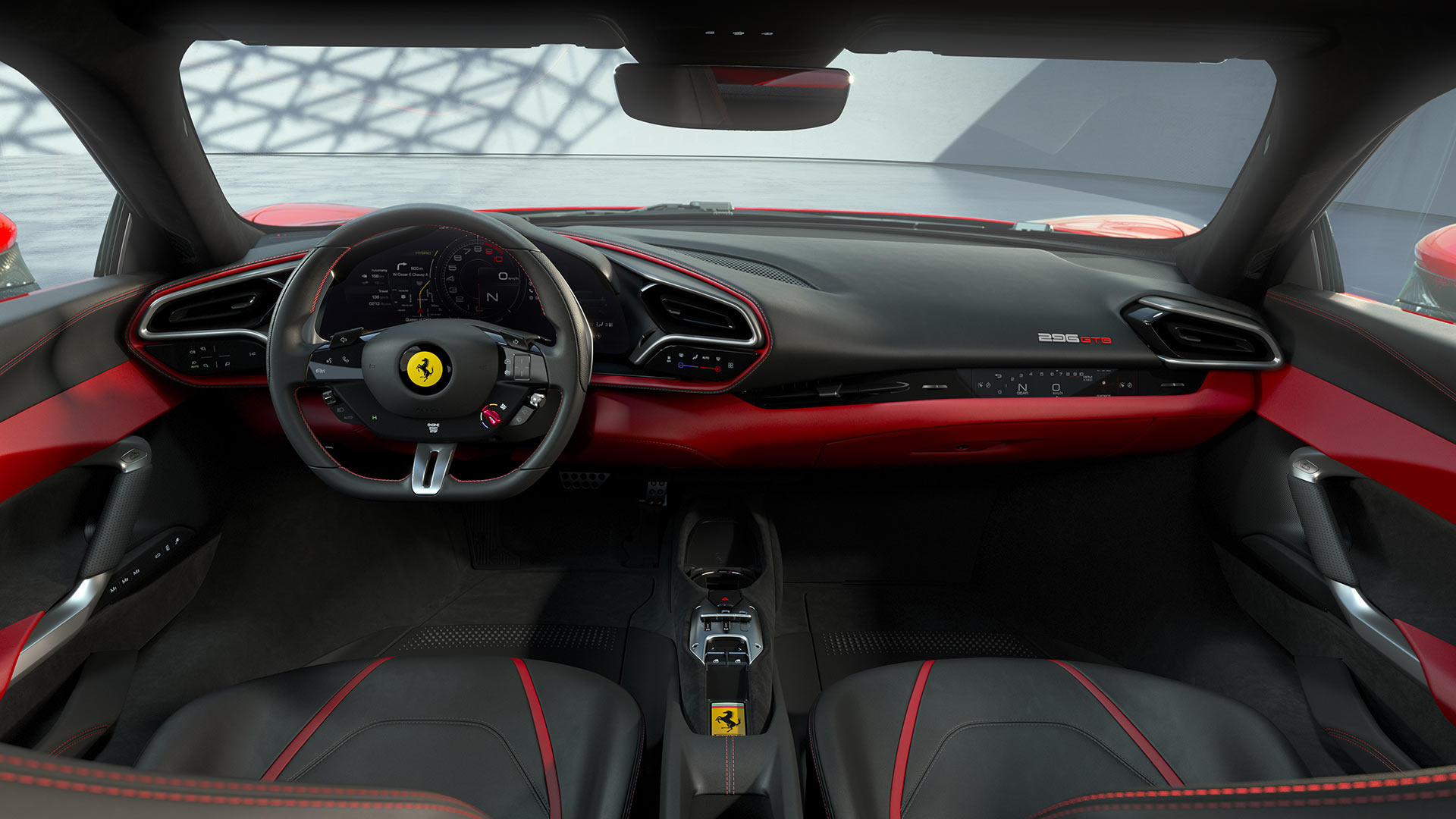 Inside, the cabin is adorned by a combination of black and red leather with a couple of Prancing Horse badges providing bright contrast. It also has a visor-style windshield that wraps around onto the side windows, a design that can be seen on several limited-edition and one-off Ferraris.

The interior features another SF90-derived concept, sporting an entirely digital interface while maintaining a minimalist look. All the displays inside the cabin turn pitch black when the engine is shut off and light up gradually on startup. 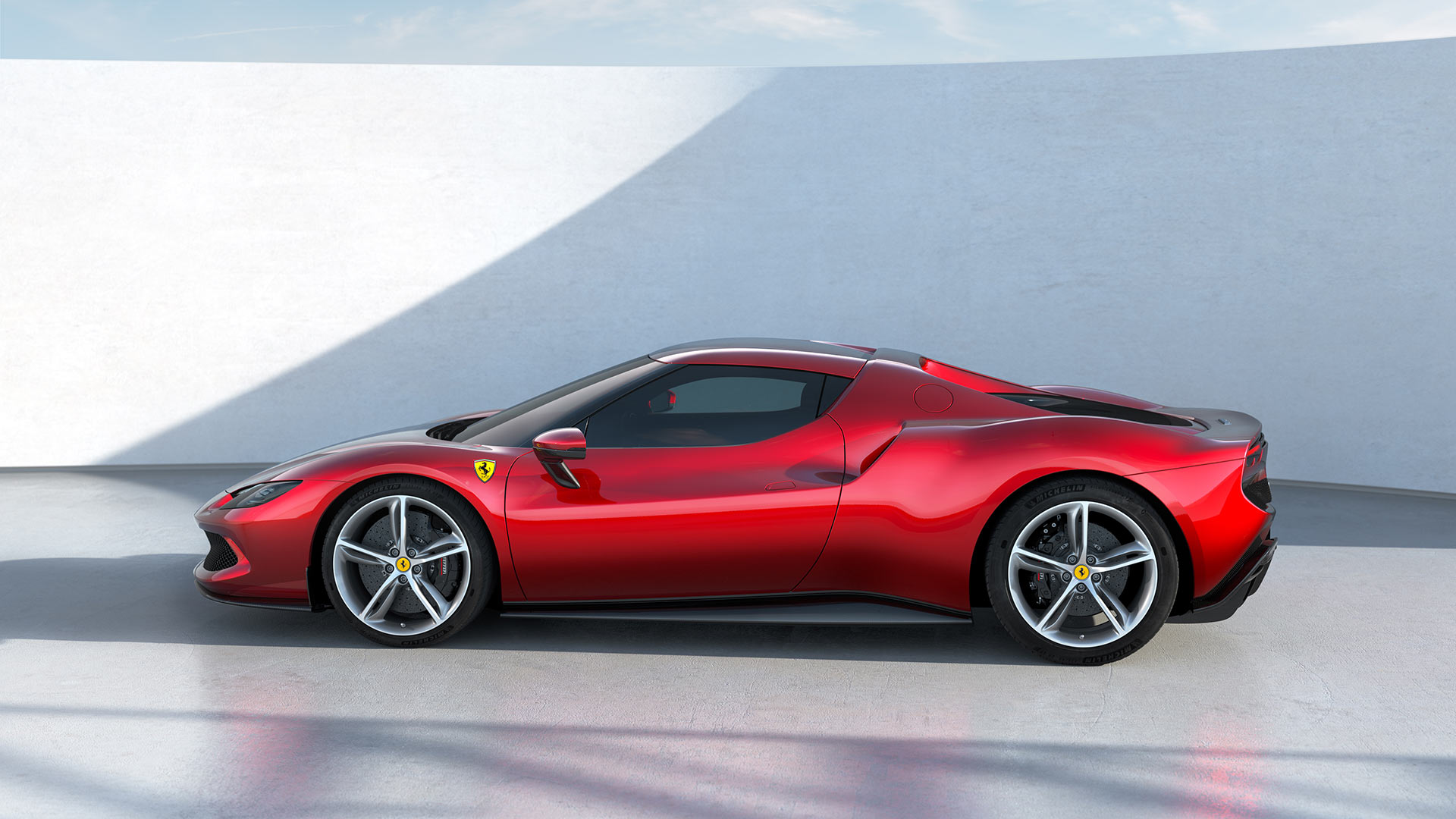 Ferrari is also offering an Assetto Fiorano package for the 296 GTB. This includes upgrades such as an updated  suspension, new tires, and new aerodynamic bits, all to improve the car’s track performance.

What say you about Ferrari’s latest creation, folks? 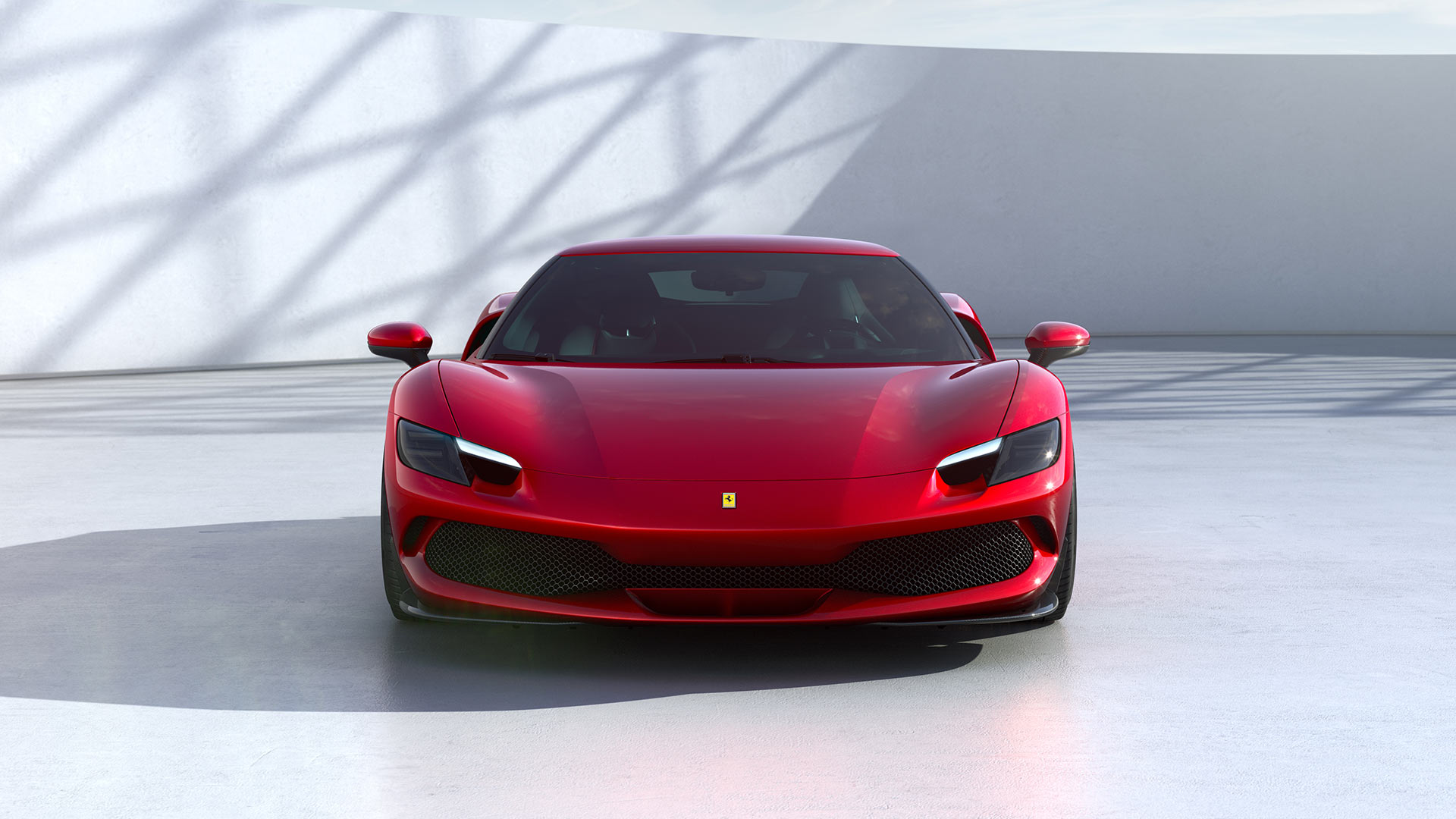 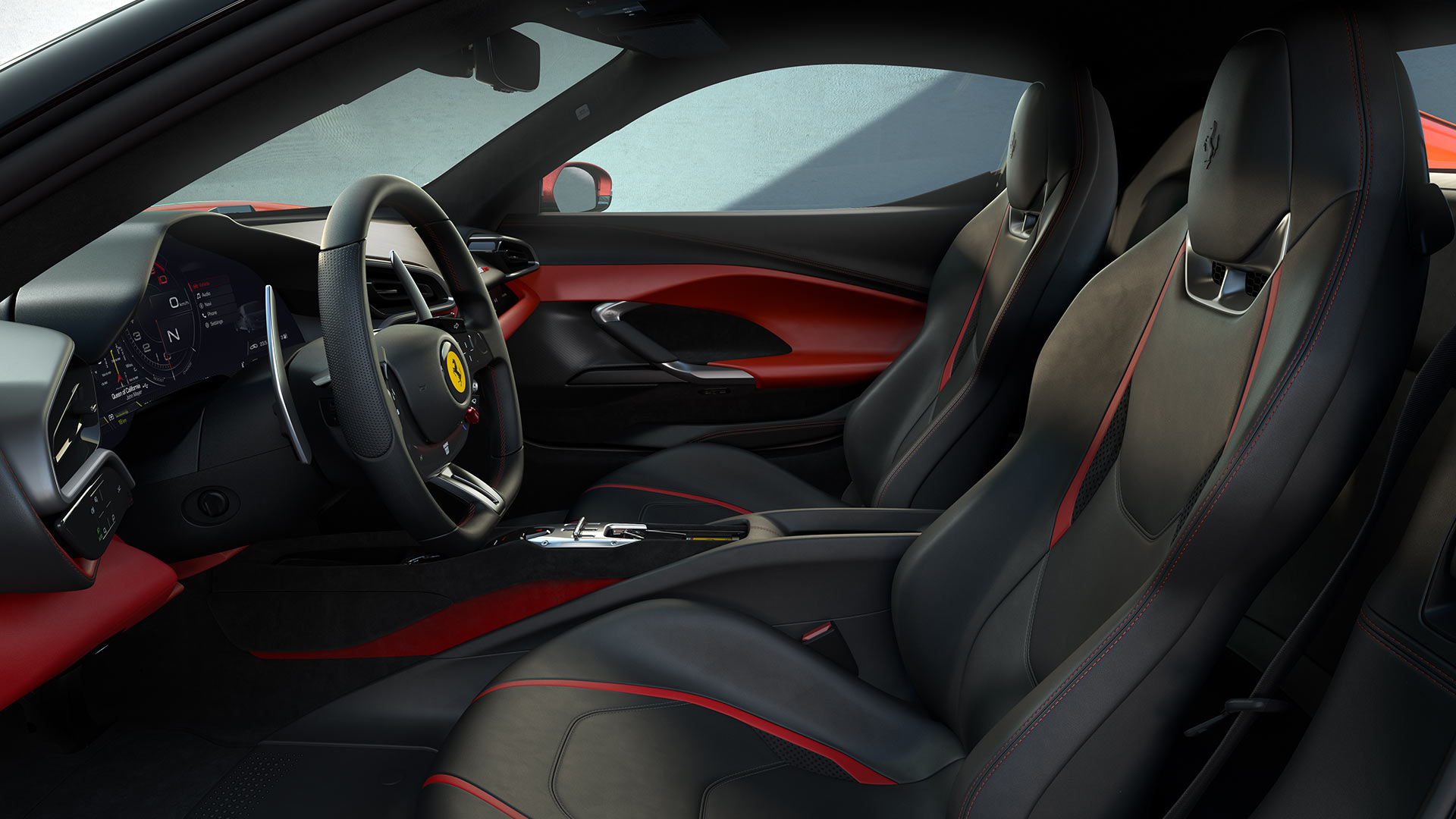 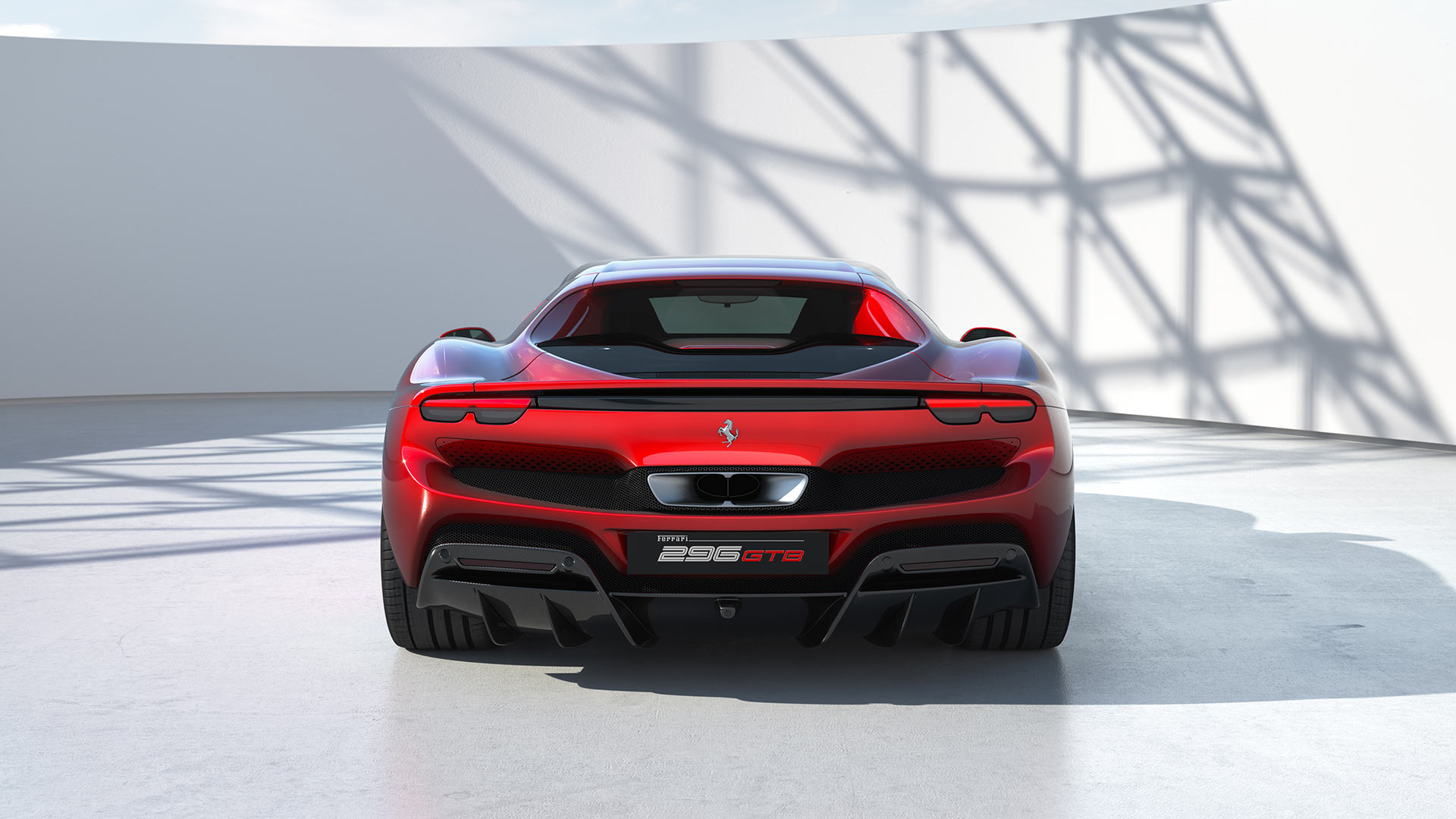 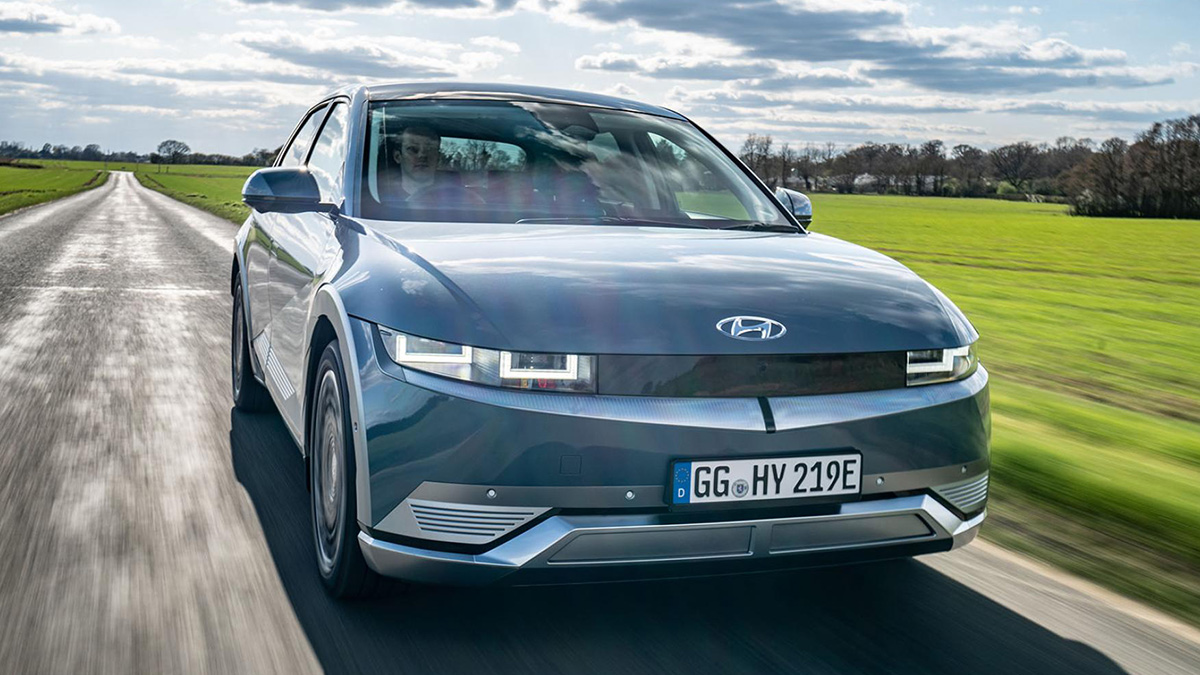 Hyundai, Grab team up to put more people in Southeast Asia inside EVs
View other articles about:
Read the Story →
This article originally appeared on Topgear.com. Minor edits have been made by the TopGear.com.ph editors.
Share:
Retake this Poll
Quiz Results
Share:
Take this Quiz Again
TGP Rating:
/20