The 2019 Porsche Cayenne is still the fast SUV to beat

This is the grandchild of the original Cayenne, which famously transformed Porsche’s fortunes when it elbowed into showrooms in 2002.

It’s taken some people many of the years since to get used to the idea of a Porsche SUV, but like it or not, after 700,000+ sales it’s still going strong (that number would be higher if it hadn’t spawned the Macan). This all-new, third-generation car is the fastest and lightest of the lot, which says something about the amount of engineering effort they’ve heaped into it.

If only they’d tried so hard with the styling. You’d have to own a substantial, Porsche-branded anorak to spot the differences, but they are there. It’s longer, lower and broader than before. It has a wider gob, muscle-fit bodywork and a full-width LED lightbar between the rear lights, which also houses 3D-effect Porsche lettering. The updates are smart enough, but if you didn’t think the last one was a looker, there’s not much to win you over here, though the new rear lights are particularly smoothly integrated.

Engines are down on size but up on power. You have four choices for now, all petrols, starting with a 3.0-liter turbocharged V6 with 33bhp, followed by a 2.9-liter twin-turbo V6 with 434hp and heading to the 4.0-liter twin-turbo V8 with 542hp, otherwise known as the Turbo. There’s also a 456hp V6 hybrid with nous from the 918 Spyder hypercar in its mode strategy. Porsche’s full-strength Turbo S E-Hybrid powertrain—all 671hp of it—will likely follow in due course.

All come with an eight-speed auto—Tiptronic rather than double-clutch PDK, because it’s handier for towing horseboxes and speedboats, which is the sort of thing that Cayenne buyers like to do—and the available tech list is massively impressive and dizzyingly expensive. But what else would you expect from a car that can stop you kerbing it, park itself, and drive itself both on and off-road?

Oh, and now there’s a slightly svelter Cayenne Coupe variant. If you’re still one of those people who’s not yet fully accepted the idea of a Porsche SUV, it really won’t be the car to sway you. 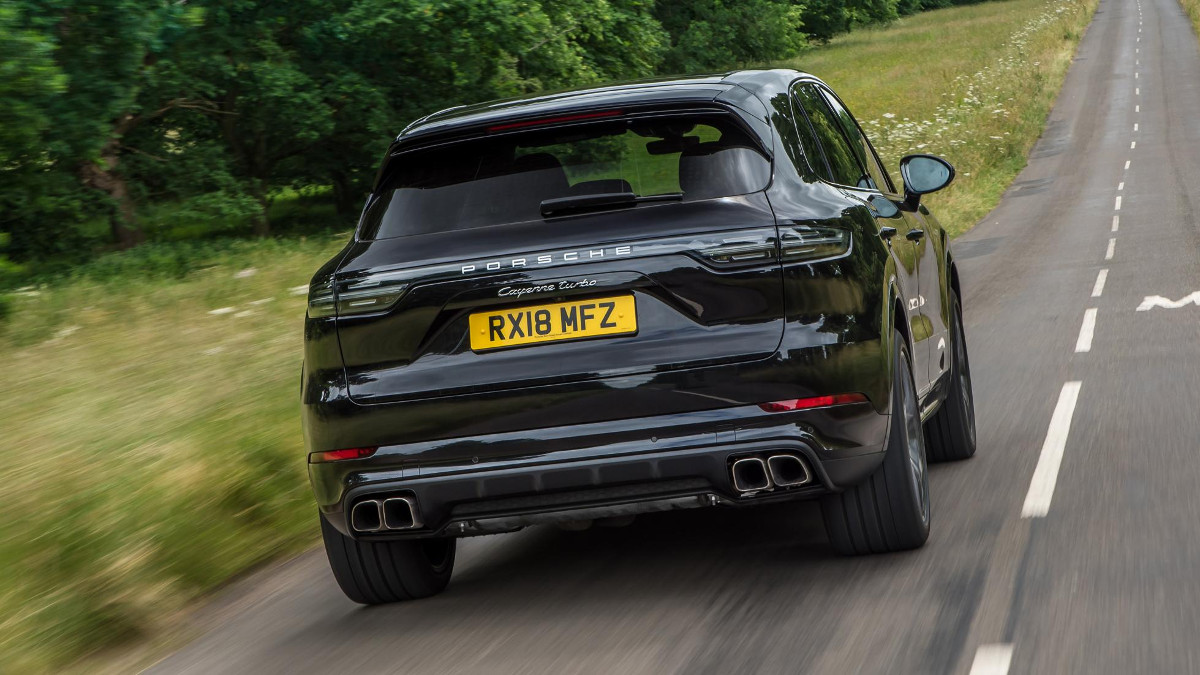 The Cayenne has always been the SUV for people who prefer cars to supertankers—especially those who had a Cayman or 911 before kids arrived—and Porsche has stuck to its guns with the new one. It’s not just good to drive for an SUV, it’s good to drive, full stop. For this we can thank mechanical voodoo, or at least a truckload of technology usually reserved for sports cars. You kind of need to spec it—spending up to £10k extra in the process—(P660,000) to stop the Cayenne from succumbing to its size and heft.

For instance, the rear wheels can now help to steer, like on a 911, so you can dive into corners with an urgency you simply don’t expect from something this large. At first, it’s alarming, as if the steering is too sensitive, but then you realize you can tackle sharp turns with a measured flick rather than a hopeful throw. Also, the rear tires are wider than the front ones, which adds to the whole darty sensation.

New, optional three-chamber air suspension means there’s a genuinely noticeable change between comfy modes and sporty ones, not just in terms of body control but in ride comfort on rough surfaces. A new 48V electrical system (shared with the Audi SQ7 and Bentley Bentayga) also helps, meaning the anti-roll bars are quicker-witted than the old hydraulic ones, adjusting to the road before you realize what’s going on. These are complex and expensive ways to disguise over two tons of car, and you’re always aware of the forces they’re fighting, but they really work. If you want your Cayenne to drive like a Porsche, it’s money well spent. If you just want a fancy badge on the the front of your tow car, perhaps the case is less strong.

Then there’s the sheer speed of the thing. A Turbo with launch control engaged explodes from 0–100kph in 3.9secs (half a second quicker than its predecessor), and from there on the road is sucked beneath you like a crazy treadmill. Alright, so you’d sort of expect that from a 542hp V8, but in an SUV it’s hilarious. To be honest, there’s never enough road to use it all for more than a few seconds, and some jumbo brakes are on hand to save you—optional ceramics in the Turbo, or optional new tungsten-carbide-coated steels in the others.

Speaking of the others, while the base V6 doesn’t feel special enough for a Porsche badge, it’s still competent enough, while the more powerful Cayenne S is probably the sweet spot in the range, with an engine that’s keen to rev and makes a sweet noise doing so. Unless you need your performance SUV to behave like a thug, it’s the one to go for.

Unless, of course, you’re environmentally conscious and would like a hybrid. Porsche says it’s reworked the ethos of the electrically-assisted Cayenne, so this new version’s less about economy and more about performance, which is why it sticks with a V6 instead of downsizing to a 4cyl. Total power is 456hp and 698Nm, a giant leap from the old hybrid’s 410hp and 589Nm. It’ll now reach 100kph in 5.0 seconds (ahead of the standard Cayenne S), reach 130kph on electric power alone, and though the 134kg battery pack blunts some agility, the Cayenne’s uncannily comfortable ride is unaffected. 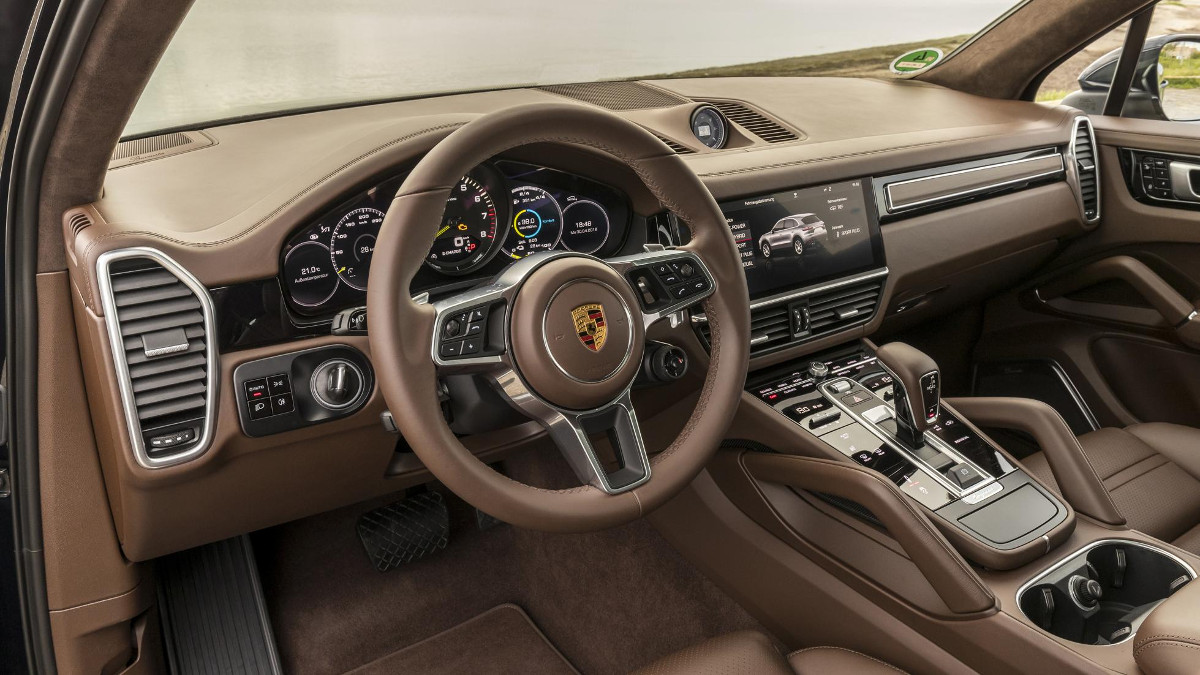 The Cayenne inherits its cockpit from the new Panamera. At the center of it all is a hi-def widescreen that wouldn’t look out of place in your living room. Beneath that, and surrounding the gear lever, is a glassy panel with illuminated icons rather than push buttons.

Touch one and you get a little haptic buzz through your fingertip. Fine when you’re in traffic, but on the move it’d be nice to have a few knobs to grab without taking your eyes off the road. Having said that, there’s also voice control with Alexa-like interpretation skills—just press a button on a wheel-mounted stalk, tell it you’re too cold, and it’ll turn up the heater.

Behind the wheel is a central rev-counter, flanked by two more screens. The left one renders traditional circular dials like a speedo; the right one can also display sat nav or other information. Combined with the central display, you basically have a mini multiplex to control everything from the angle of the air vents to the ride height of the suspension.

The moulded seats are very similar to those in a 911 and they drop low, which helps you pretend you’re driving a hot hatch not a large Porsche. Rear passengers—even leggy ones—have plenty of room, and there’s an extra 100 liters of cargo  space versus the outgoing model, though the luggage compartment isn’t as cavernous as you might expect. The materials, quality and attention to detail are almost beyond reproach.

The Coupe version has notably less headroom and a bit less boot space for—predictably—less money. The regular car is the better bet if roominess is a priority. 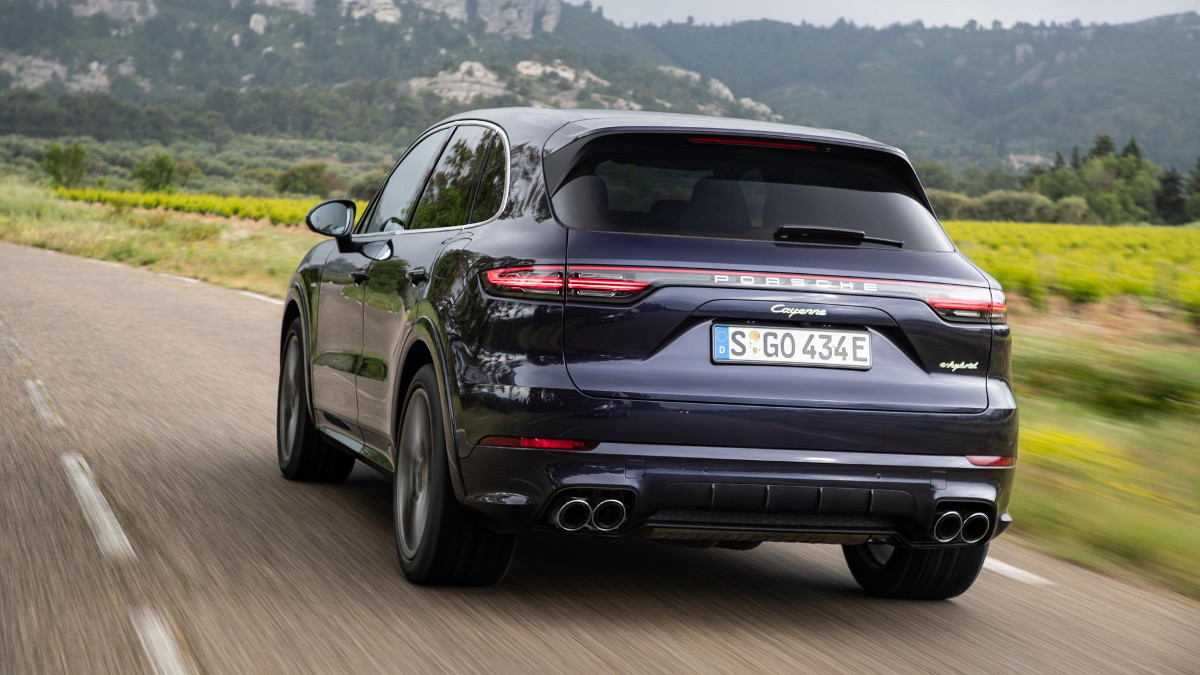 Porsche may claim fuel economy of around 12.75km/L for the V6s, but expect around 8-9 at best in the real world. A new coasting function helps a bit—it’s like an extended version of stop-start—but let’s be honest, if you’re dropping up to 100 large ones on a car like this, a few more fill-ups probably won’t worry you.

The Cayenne e-Hybrid claims 35.33km/L and 79g/km of CO2, so you’re saving money on road tax, but reckon more on a 16-19km/L average in real-world driving, assuming you can charge the car’s 14.1kWh battery, which lives under the boot floor (without eating main loading capacity) each evening. Porsche claims 44km of zero-emission range—expect more like 24km in reality.

Will there be a diesel version again? Porsche engineers confirmed to Top Gear a couple of years ago that a V6 (not a V8)-powered turbodiesel Cayenne was in the works for buyers who demand range and towing ability above all else, but since then Porsche dropped all diesels from its range. But the comeback of quick diesels via Audi’s new S4, S5, S6 and S7 models could mean their powertrains are nabbed by Porsche for its SUVs. 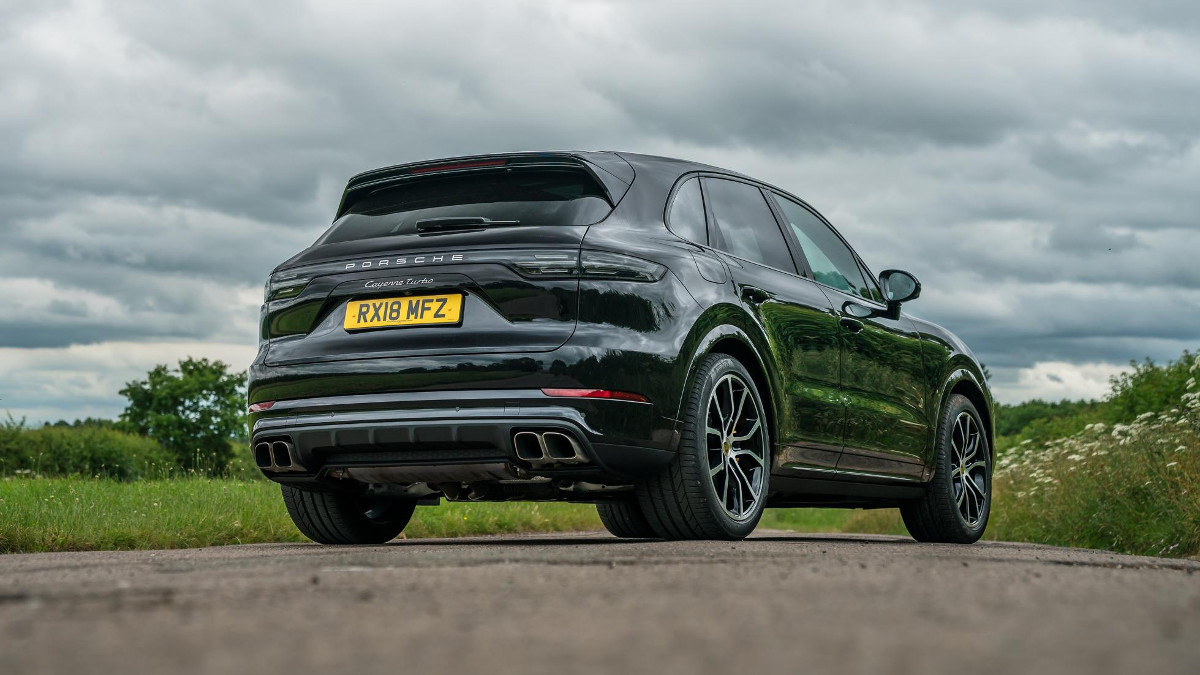 The Cayenne remains the king of driver-friendly SUVs. The new chassis tech and reduced weight make it feel more like a performance sedan, to the extent you question why you wouldn’t just buy a performance sedan—or indeed a performance estate. But when you remember it’s also happy to drive across streams and through quarries and over fields on a pheasant shoot, it starts to make more sense.

The Turbo provides hours of laugh-out-loud fun, so long as you have the nerve to use it as intended, but we suspect the V6 S with a few well-chosen options is the better compromise. The arrival of a hybrid will help the social case for owning one, but if image isn’t a problem then fill your boots—this is a very complete machine. 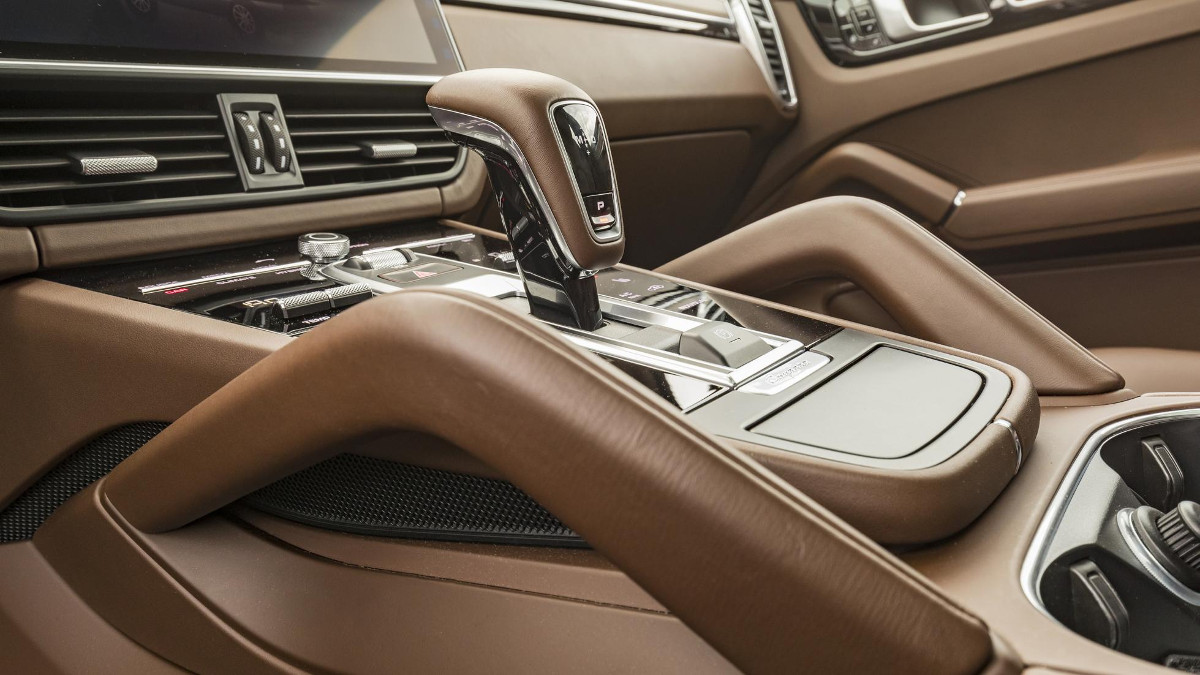 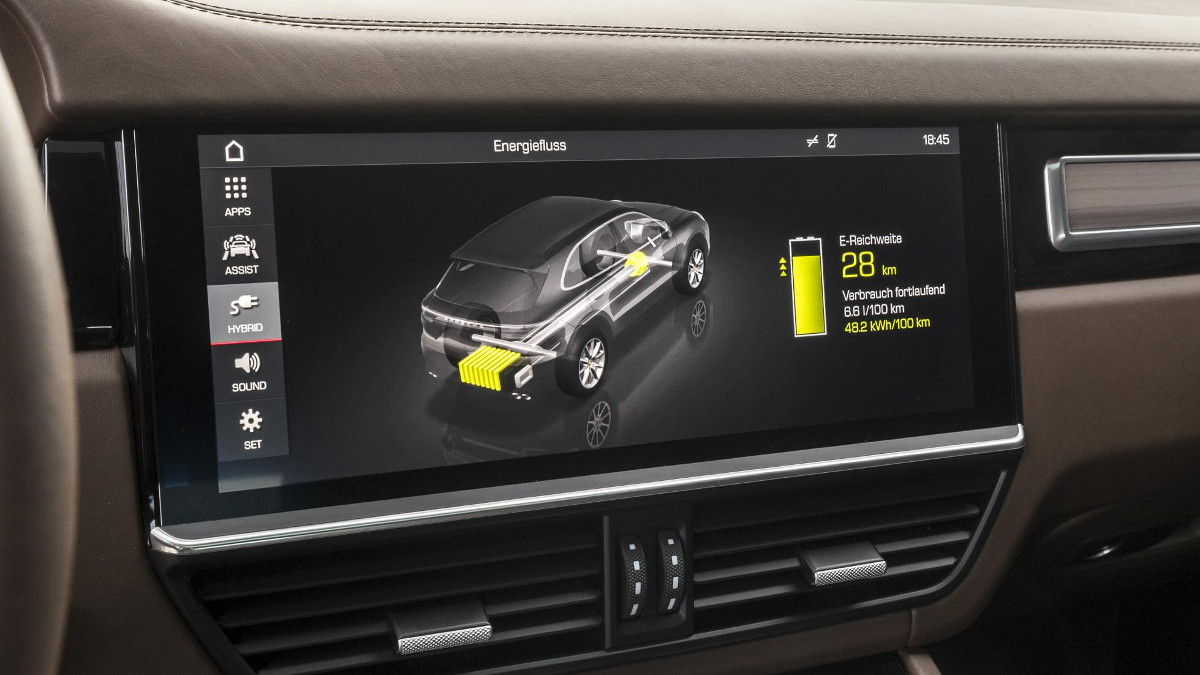 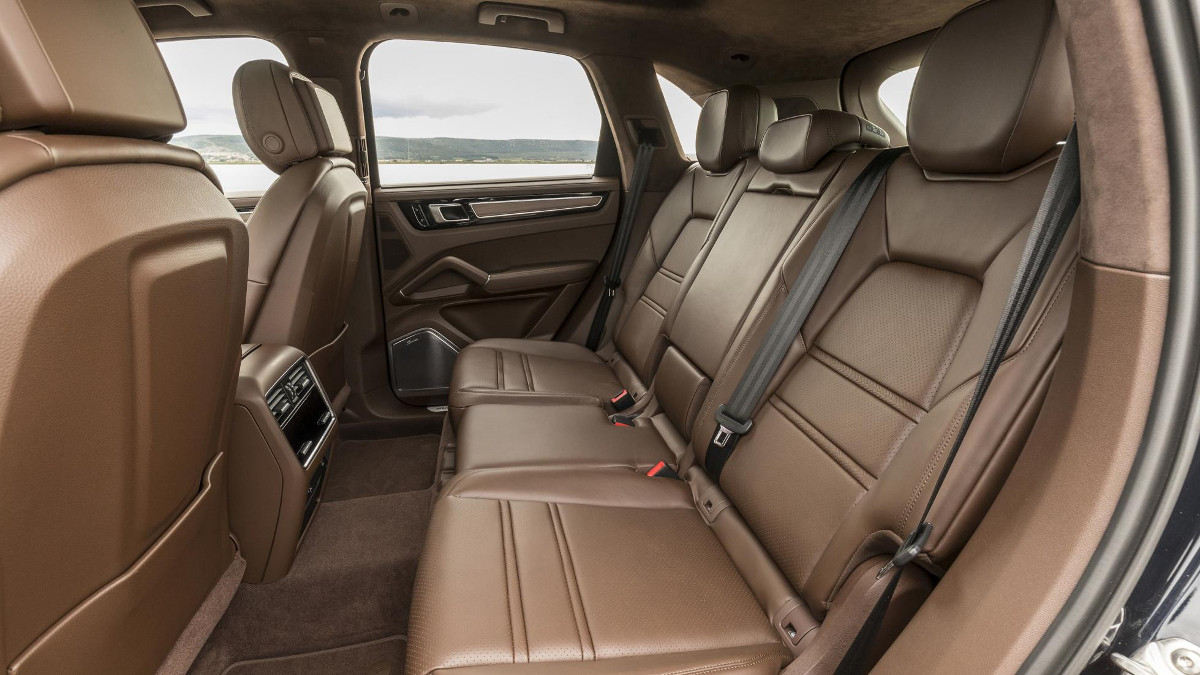 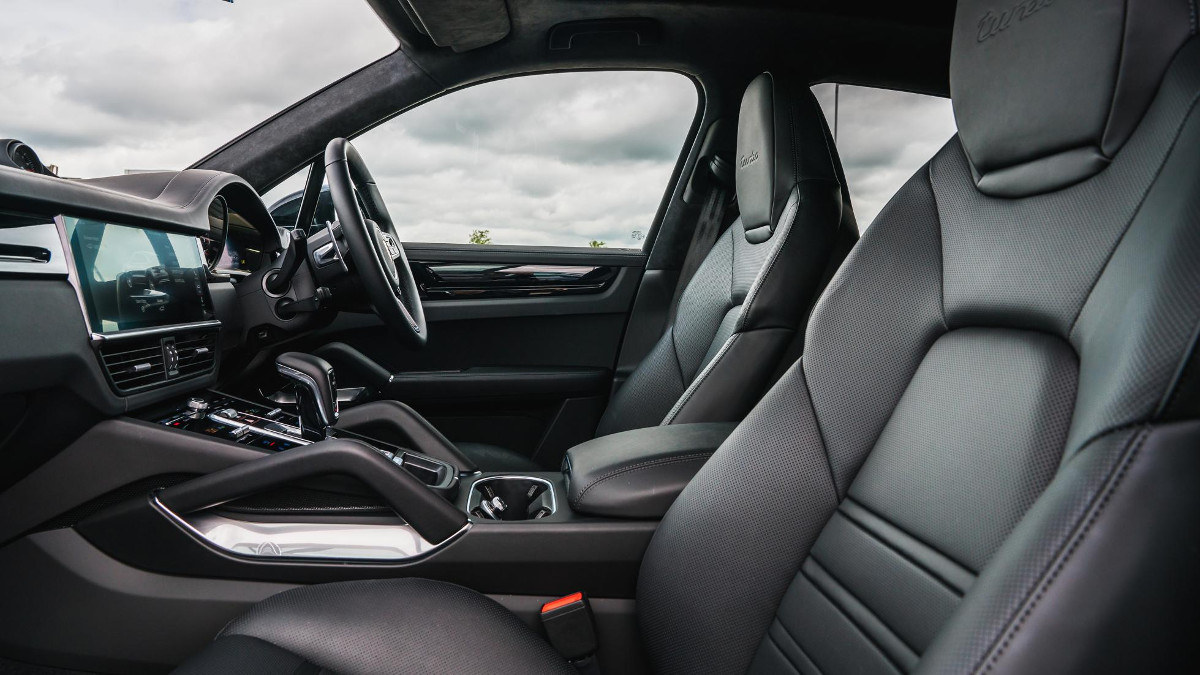 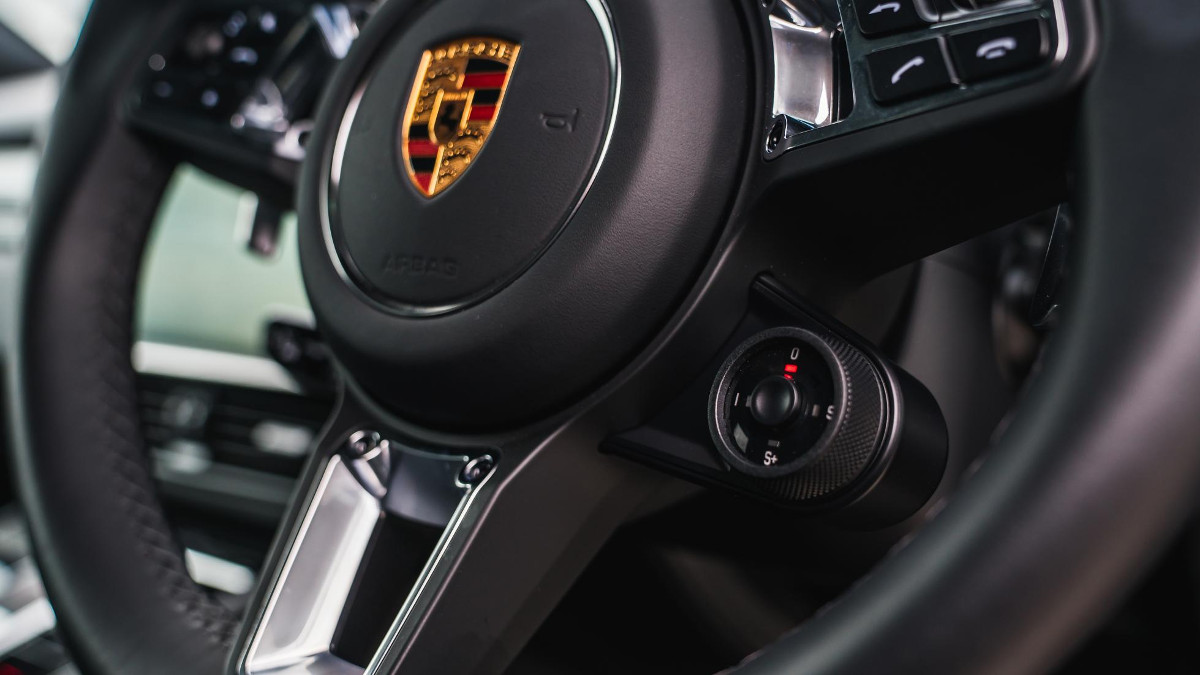 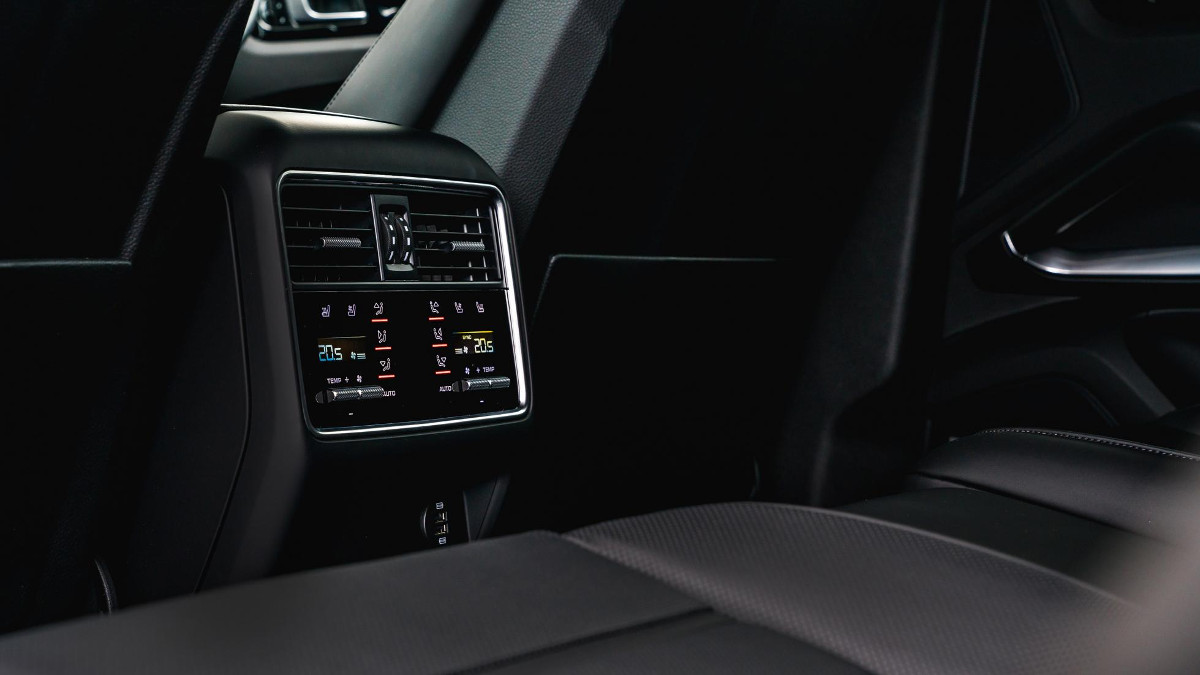 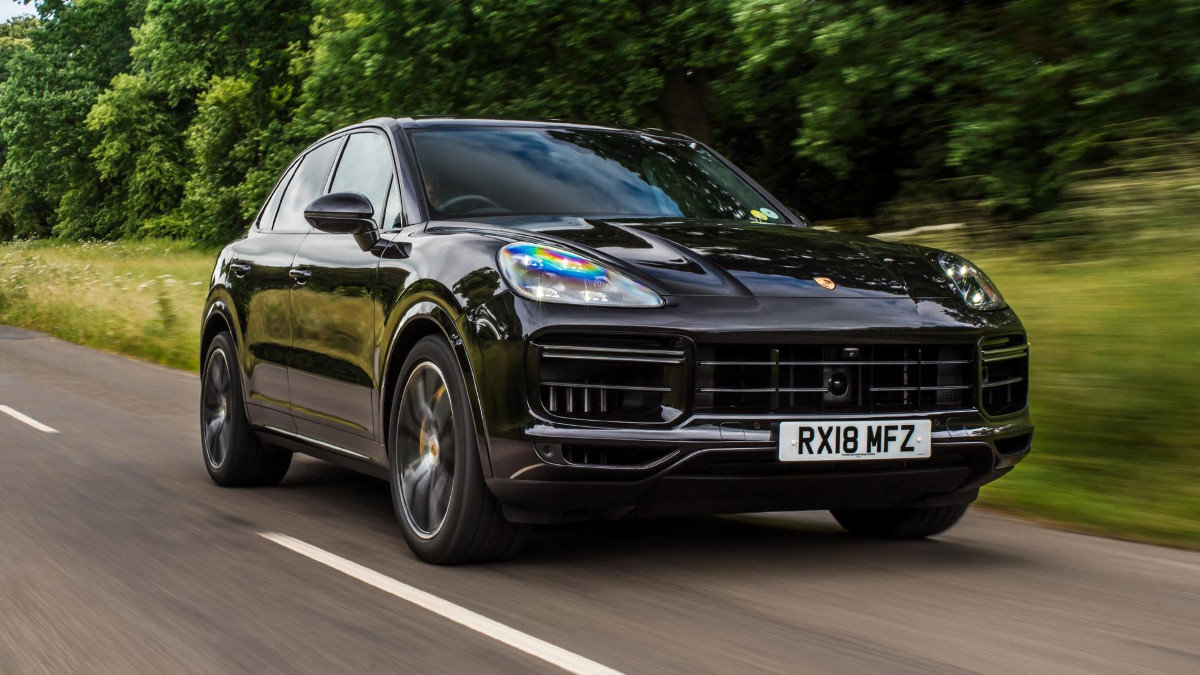 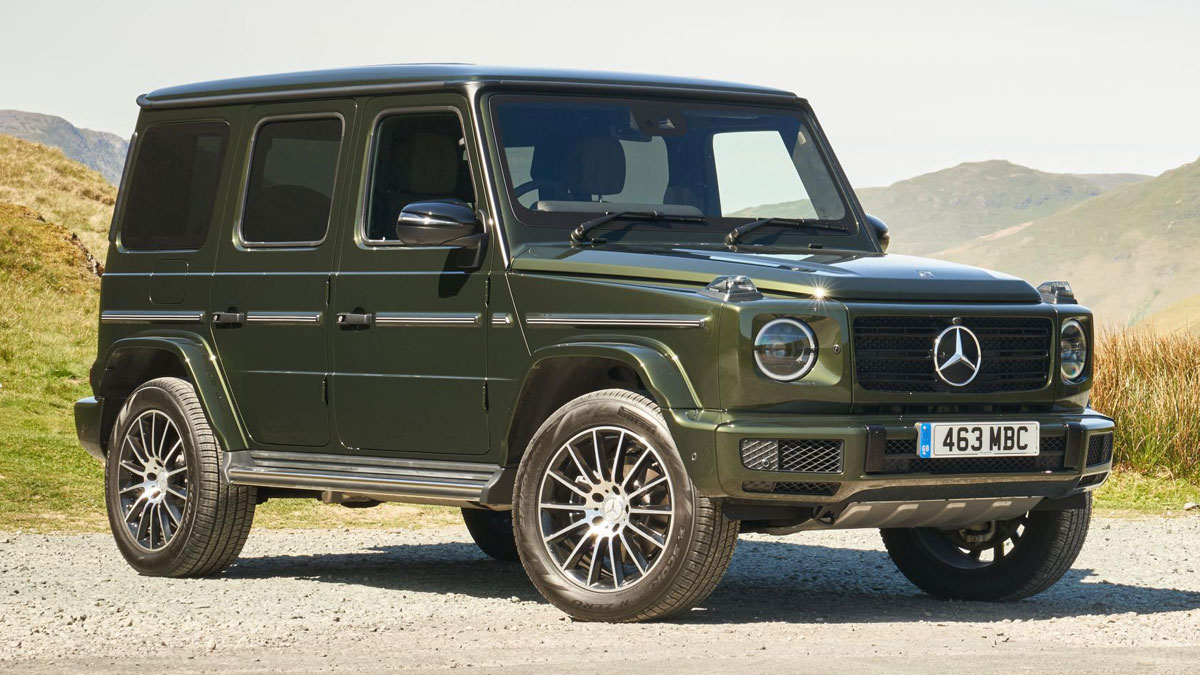 A diesel G-Class is the ultimate family car
View other articles about:
Read the Story →
This article originally appeared on Topgear.com. Minor edits have been made by the TopGear.com.ph editors.
Share:
Retake this Poll
Quiz Results
Share:
Take this Quiz Again
TGP Rating:
/20