We drive the American duo to Batangas
by Elaine Lara | May 19, 2015
CAR BRANDS IN THIS ARTICLE 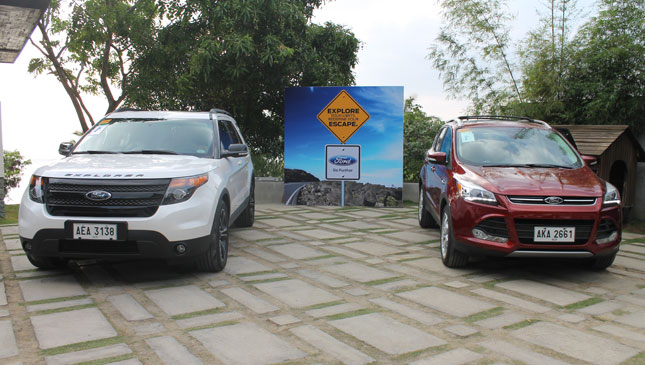 Long drives out of town are very taxing. You have to sit inside the car for hours, keep your head cool when stuck in Manila’s traffic, and as soon as you hit the provincial roads, you have to deal with pedestrians, trucks and tricycles.

But since it’s the time for epic drives and road trips, given the right car to ferry you to and from an impressive destination, you can easily make your journeys, well, epic. And Ford Philippines gladly showed us its way of doing a trip right.

On a hot summer weekday, selected participants from various media outlets were grouped and lent top-of-the-line Escapes and Explorers for a drive to Batangas to, um, escape and explore. The day started bright and early at Ford’s Makati showroom, where marshals explained the vehicles and their features, and the route we’d be taking.

By the time we were inside our assigned units, traffic had built up in the city. We thus found ourselves trapped in the rush-hour gridlock as we crawled our way out of Makati. A few turns and lots of patience later, our Escape (the first unit assigned to us for the day) was cruising the expressway.

We were three in the car plus a big bag of snacks--a comfortable number if you ask us. The ride was smooth enough to lull a backseat passenger to sleep even on rough provincial roads. We were at Taal Basilica for a historical tour of the largest Catholic church in Asia, well before noon.

We later drove down to the historical town of Taal, to Villa Tortuga, for light snacks and a tour around the old house. We were instantly transported to the Spanish colonial period as the decor was straight out of Noli Me Tangere. The tables, the chairs and the floor were made of wood; the curtains were lace; and the photos hung against the wall were in sepia. We were also pointed to an area where we could choose costumes set in that era for photo opportunities.

The drive going to Anilao for a late lunch and scuba diving after Villa Tortuga, was almost as long as the drive from SLEX to Taal. Thankfully, the playlist loaded in our unit (we managed to finish the complete soundtrack of Guardians Of The Galaxy the whole way to Anilao) was enough to keep us awake throughout the sleep-inducing ride. We were car number one, so we had the privilege to be right behind the lead car. The marshal radioed when we could safely overtake jeepneys and trucks, saving us from impatience and prolonged hunger.

By the time we got to La Chevrerie in Mabini, lunch was ready to be devoured, and the slots for spa and scuba diving were dwindling. We quickly signed up for the exciting water activity and ran to the luxury resort’s diving center for the proper gear and pre-dive lecture.

The activity was over before we knew it, and by the time we tearfully stripped off our diving suit, Ford had switched the units so that we were assigned to drive the Explorer on the way back to Manila. We were well aware that it was going to be a long ride back, but hey, we'd be driving the American carmaker’s premium SUV.

If we had felt safe and comfortable inside the confines of the Escape earlier, we felt indestructible in the Explorer--we felt like gods! We easily zipped through the winding and bumpy roads of Batangas, and were back in the traffic-infested roads of Metro Manila too soon for our liking.

These driving events are nothing new on the motoring beat. But the way Ford organized this event--how we experienced the essence of the Escape and the Explorer--was spot on. While the drive was long and the activities were short, the quick getaway was the pause we needed to get us through the week. 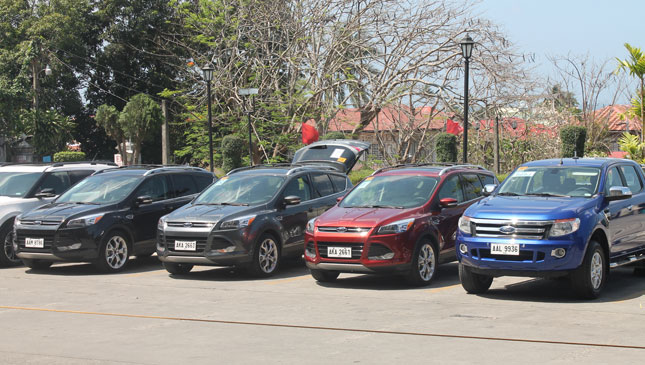 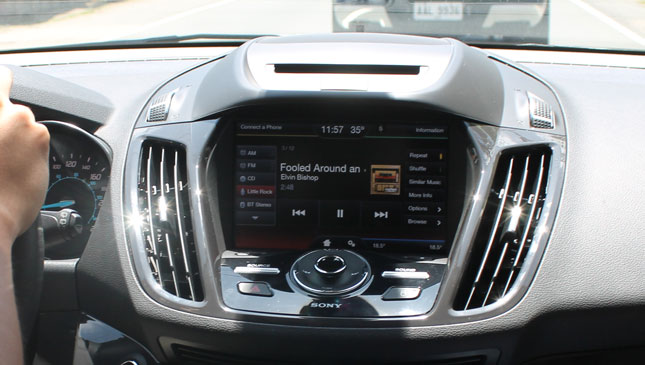 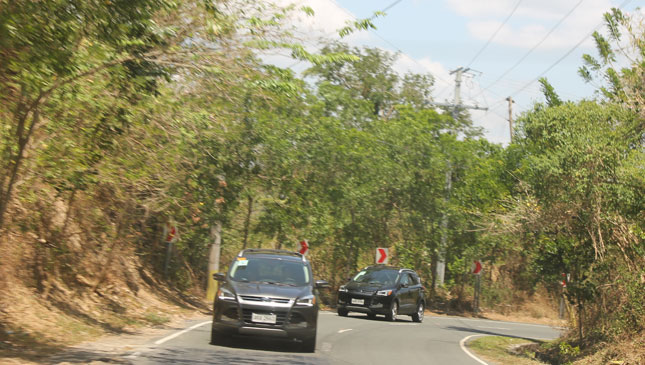 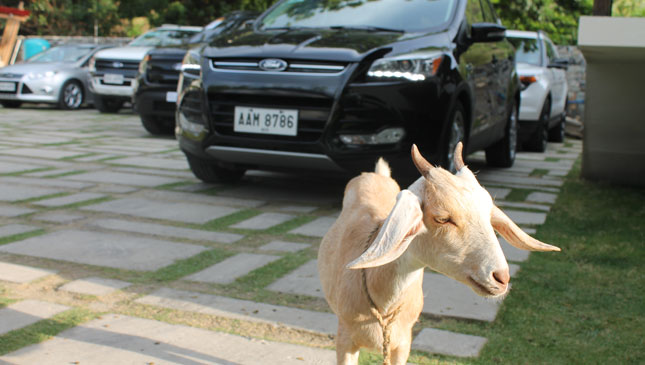 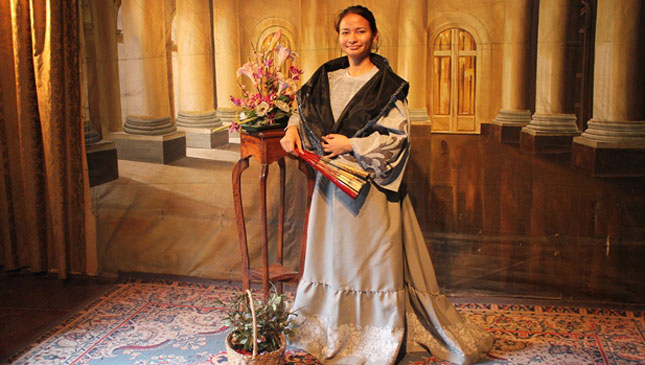 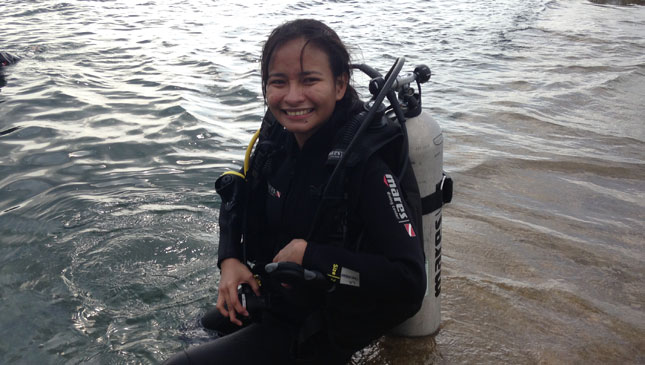 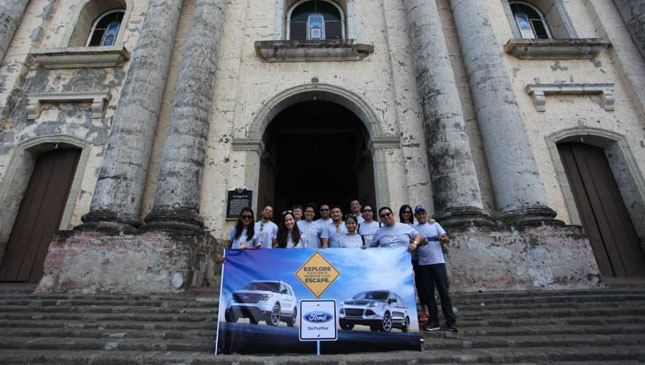 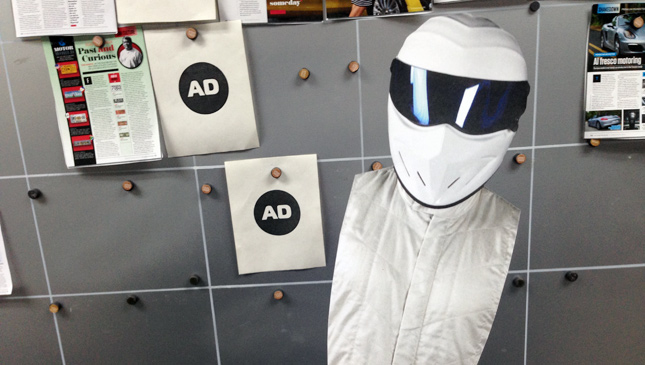 Everybody in the Summit Media office is the Stig
View other articles about:
Read the Story →
This article originally appeared on Topgear.com. Minor edits have been made by the TopGear.com.ph editors.
Share:
Retake this Poll
Quiz Results
Share:
Take this Quiz Again
TGP Rating:
/20