A different take on the new Honda Civic

A passenger’s first impressions this time
by Leandre Grecia | Jun 2, 2019
CAR BRANDS IN THIS ARTICLE

We recently went on a trip up north with Honda Cars Philippines to put the all-new Brio to the test. I wasn’t part of the driver rotations for that model, but I was in for a pleasant surprise: I was told to enjoy the trip from the backseat of the Civic RS Turbo (no, not the updated model yet). I wasn’t about to complain—I’d never ridden the 10th-generation Civic prior to this trip.

Also, something dawned on me: Nobody ever really discusses overall passenger comfort and experience that much, since full-on car reviews focus more on the drive. So I figured that if I was eventually going to write my first impressions of the new Civic, I might as well start here.

Off we went, from a pleasant breakfast at Bonifacio Global City to the not-so-pleasant stretch of EDSA leading to NLEX. We all know how bad those roads are, but the car actually fared pretty well. Well enough for passengers to fall asleep in the back, if you ask me, especially with the car’s comfortable seats. Do take that with a grain of salt, though, because I doze off more easily than most people do.

Upon our reaching the tollway, the journey became even more relaxed. The cabin was really quiet even at highway speeds—but a bit of noise could be heard from the trunk in the backseat because of the styrofoam cooler we forgot to pack securely.

The first leg of the trip wrapped up on the typical provincial roads leading to La Union: not the smoothest, but definitely better than city thoroughfares. Inside the Civic, you could barely feel or hear the small bumps on the road. 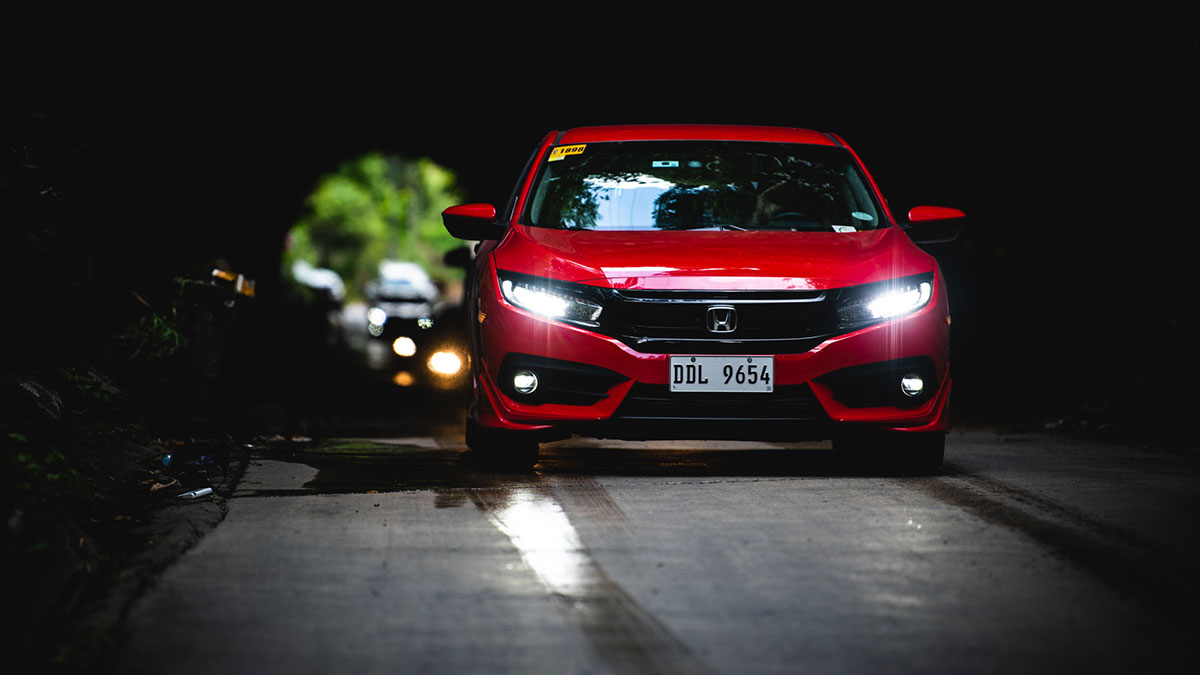 After spending a night in La Union, we left early in the morning to subject the cars to a more challenging test: the Baguio drive. As the others were busy maneuvering the Brio up Naguilian Road, I was still comfortably sitting in the back of the Civic, enjoying the trip up the mountain.

Needless to say, the car had no problems climbing the steep roads. Overtaking was easy even along upward slopes, especially with a lead car radioing tips from the head of the convoy. Little did I know that after our quick lunch at BenCab Museum, an even bigger challenge was up ahead: Asin Road.

The other roads leading to and from Baguio are nowhere near as twisty as this one. It was my first time passing through it, and frankly, it exceeded my expectations.

Thankfully enough, the Civic handled the tight corners and the absurd hairpins pretty well. Whether that’s owing more to the car’s capabilities or the driving prowess of our pilot, pro racer Louis Ramirez? Equal parts both, I guess.

Once we reached tamer roads on the way to Clark, I figured I could take my laptop out to work. I normally wouldn’t since I easily get dizzy while reading inside a moving vehicle, but I was that comfortable (and confident) in the Civic’s backseat. As expected, I was fine when we reached Clark. I was already pretty impressed with the Civic at that point when we finally called it a day.

A quick drive of the updated Civic

The last part of our trip consisted of a short drive around Clark with the new Civic. We woke up to two units of the updated Honda sedan waiting for us just outside our hotel. I only saw this car on our Launch Pad in last April, so I was eager to finally see it in the metal. 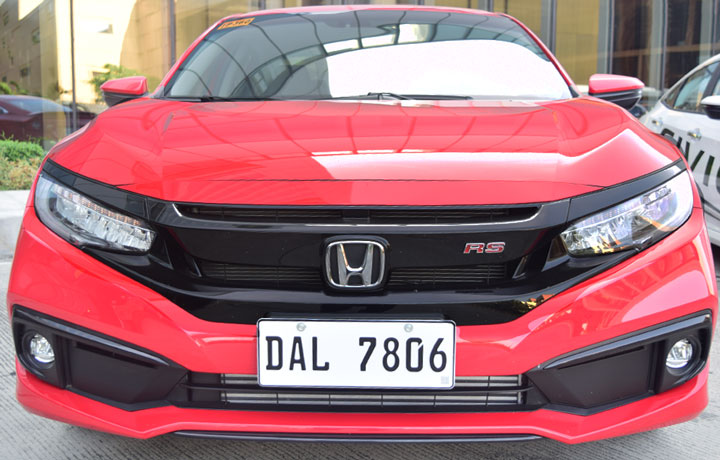 Save for the new 18-inch Belrina Black alloy wheels, the changes to the Civic’s exterior are quite subtle. Only the front fascia has been given a slight redesign.

Inside, the new red contrast stitchings give a nice contrast all around the cabin. Sport pedals have also been added to this variant. You’ll probably find yourself nodding with a smirk on your face as you scan the interior details further. 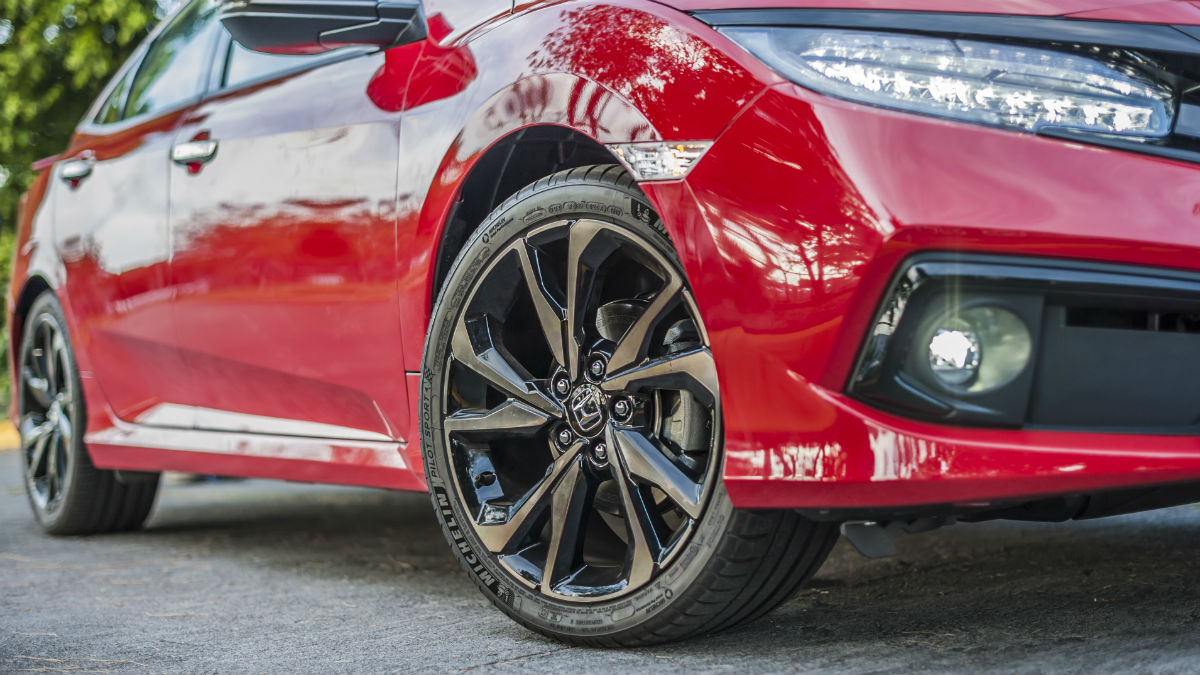 The seven-inch infotainment system now supports Apple Carplay and Android Auto. Control buttons and a volume knob have replaced the old touch controls for a better tactile feel. The cluster gauges have been altered slightly, but they still sport the red theme and the neat startup animation.

I couldn’t really tell from the quick trip around the backroads of Clark if the bigger wheels have had a drastic effect on the ride quality. But since the updated model still packs the original 1.5-liter turbo powerplant that produces 171hp and 220Nm of torque, I assume the car’s performance remains the same. 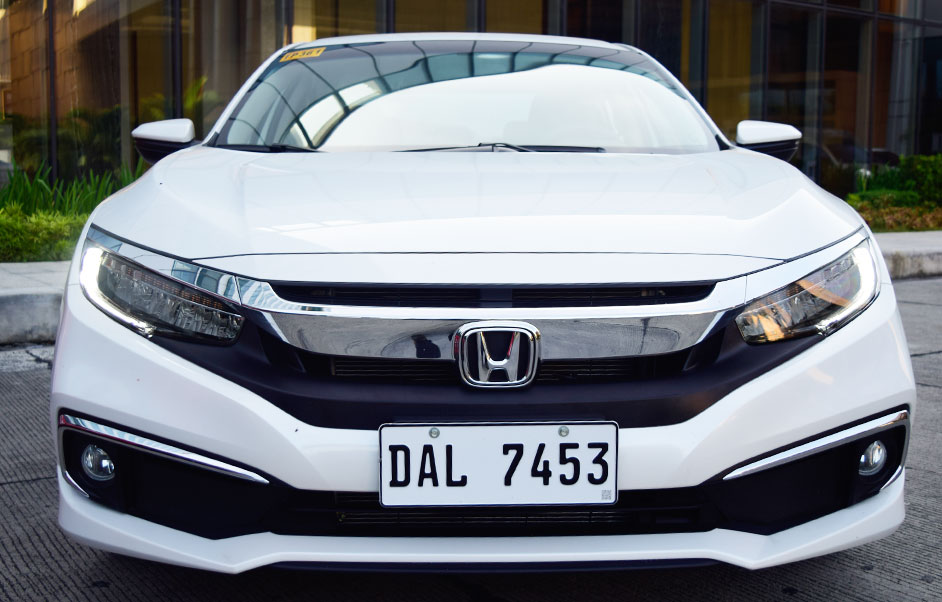 We were also treated to a quick drive of the new version of the lower E variant. It boasts the same facelift on the front fascia as its RS brother, plus a similar updated infotainment system inside as well as a slight redesign of the gauges, but with a blue-colored theme.

Under the hood is still the same 1.8L i-VTEC engine capable of producing 139hp and 174Nm of torque. It’s defnitely not as strong as the RS Turbo, but then again, I was only able to drive this variant for a few short kilometers, so I’m not really one to tell how powerful it really is.

Honda has also released a new base 1.8 S CVT variant, but we weren’t able to catch a glimpse of that. For another day, hopefully.

As I packed my bags and bid goodbye to the Civic before our convoy headed back to Manila, I knew I was leaving with a better understanding as to why this sedan is such a force to be reckoned with in its segment.

The Civic, specifically the RS variant, is just as premium as it is sporty. It was already a good car to begin with, so the small refresh won’t make your jaw drop. You have to admit, though, Honda got these small tweaks just right 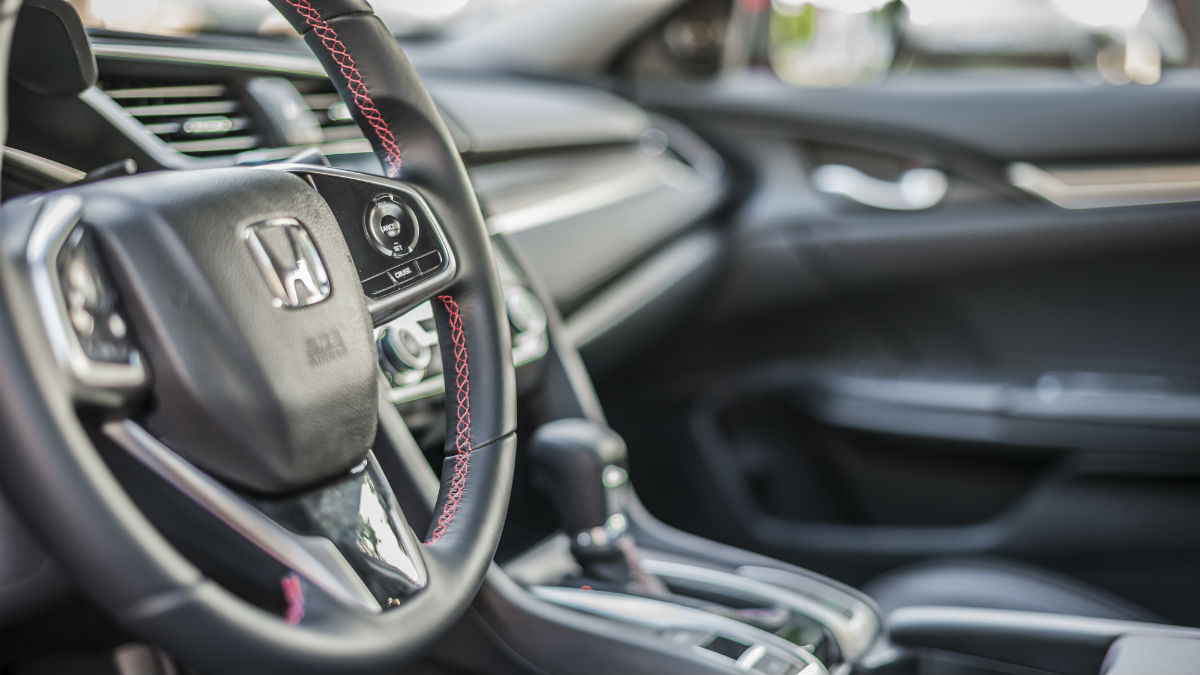 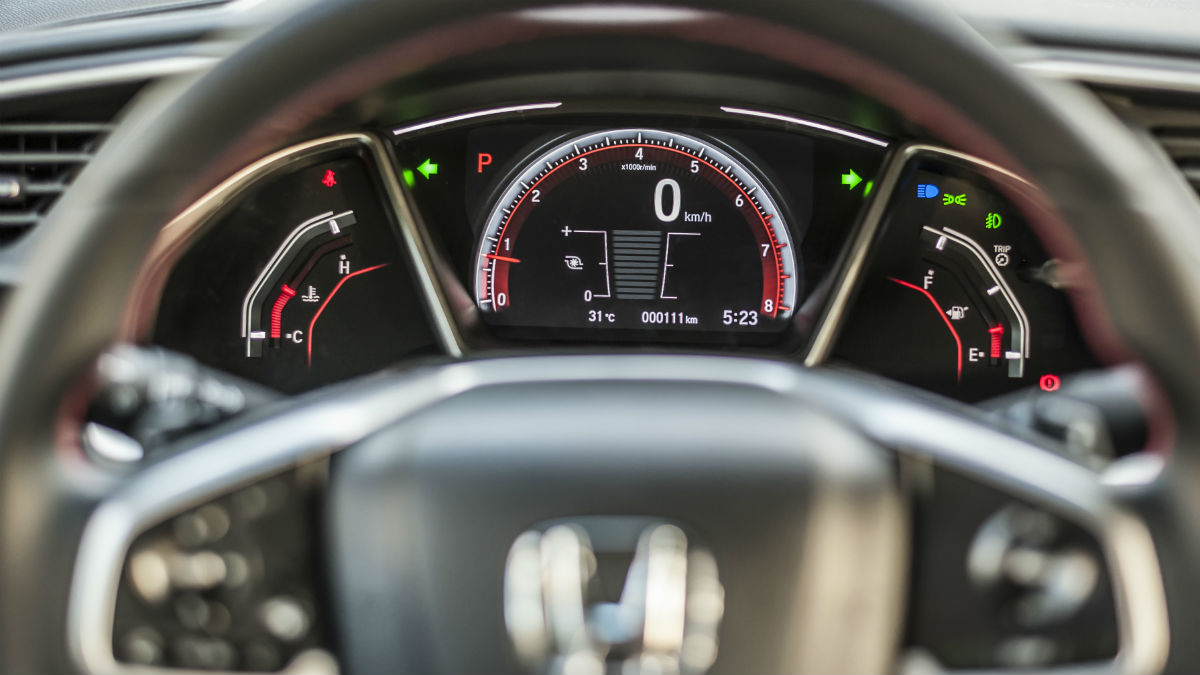 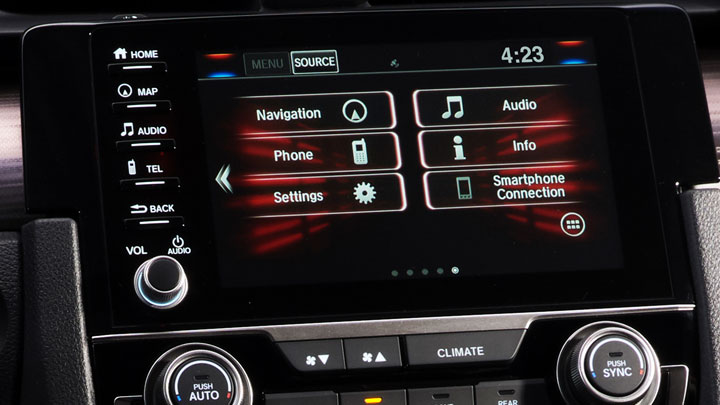 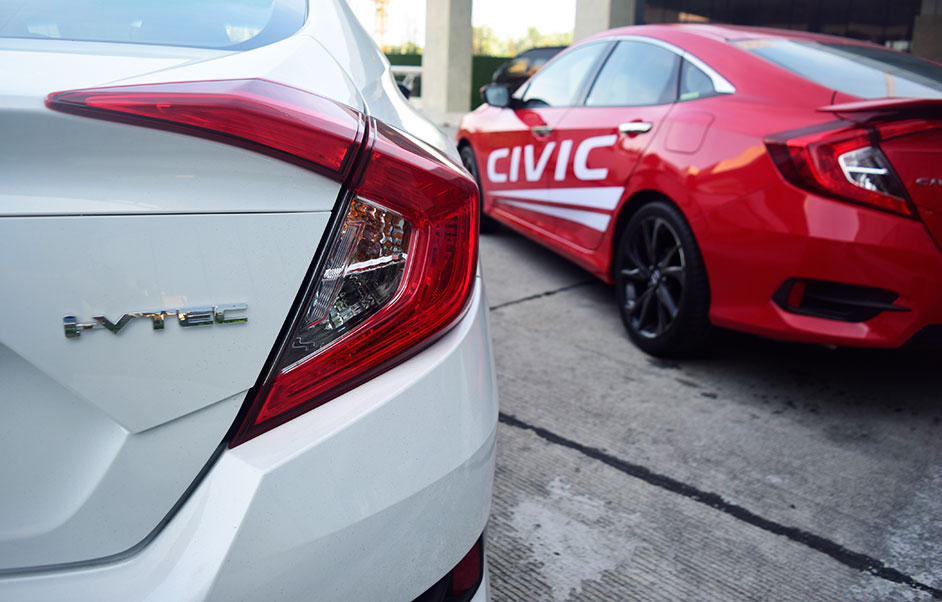 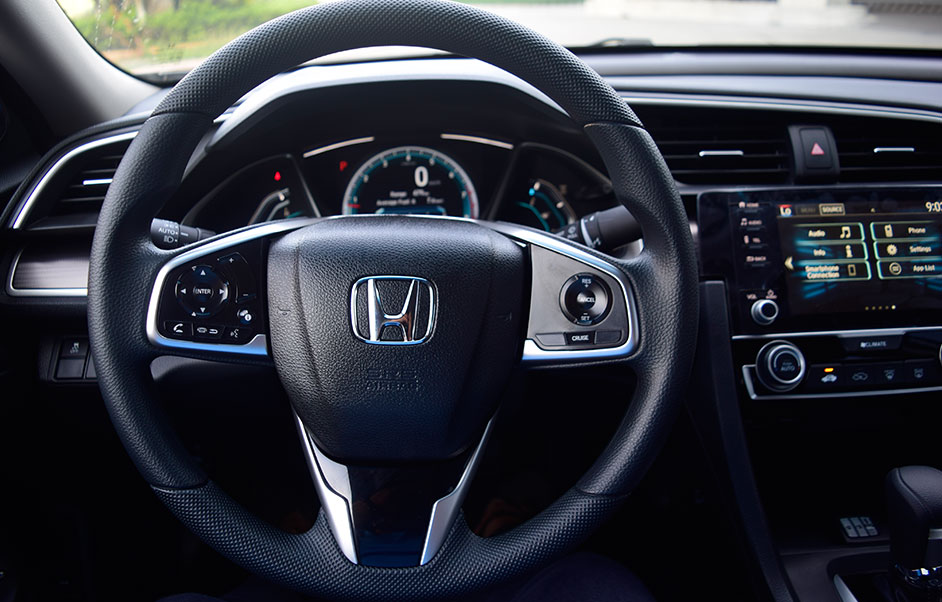 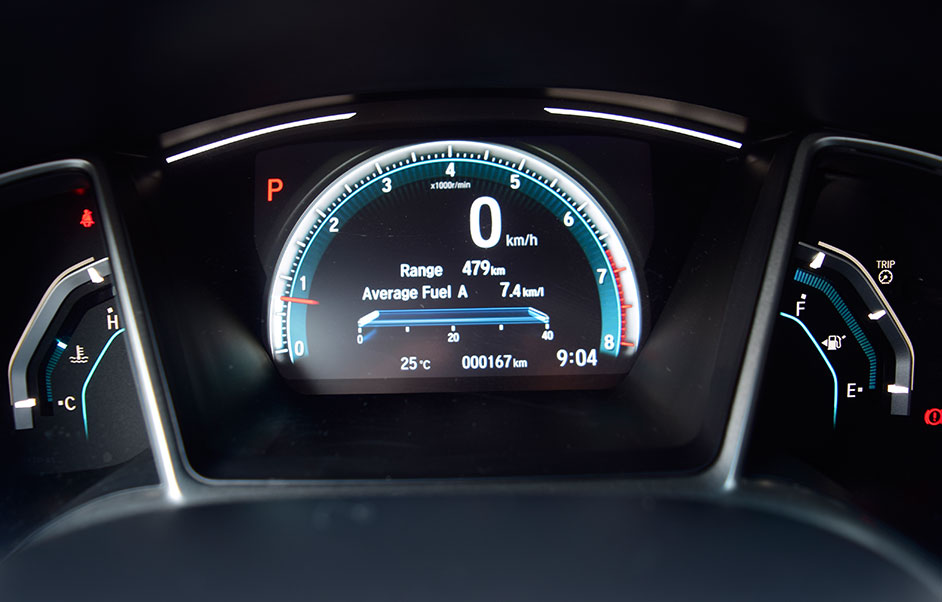 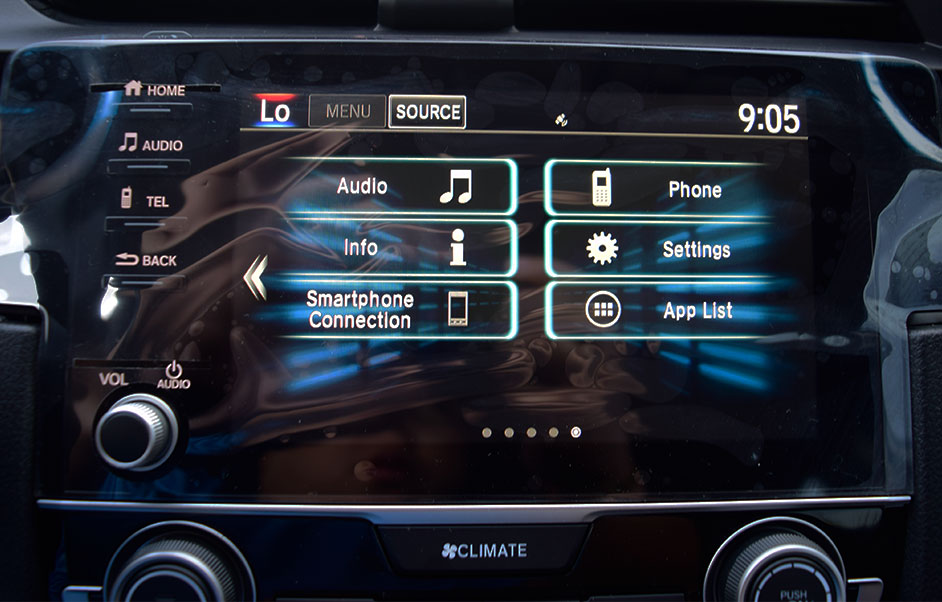 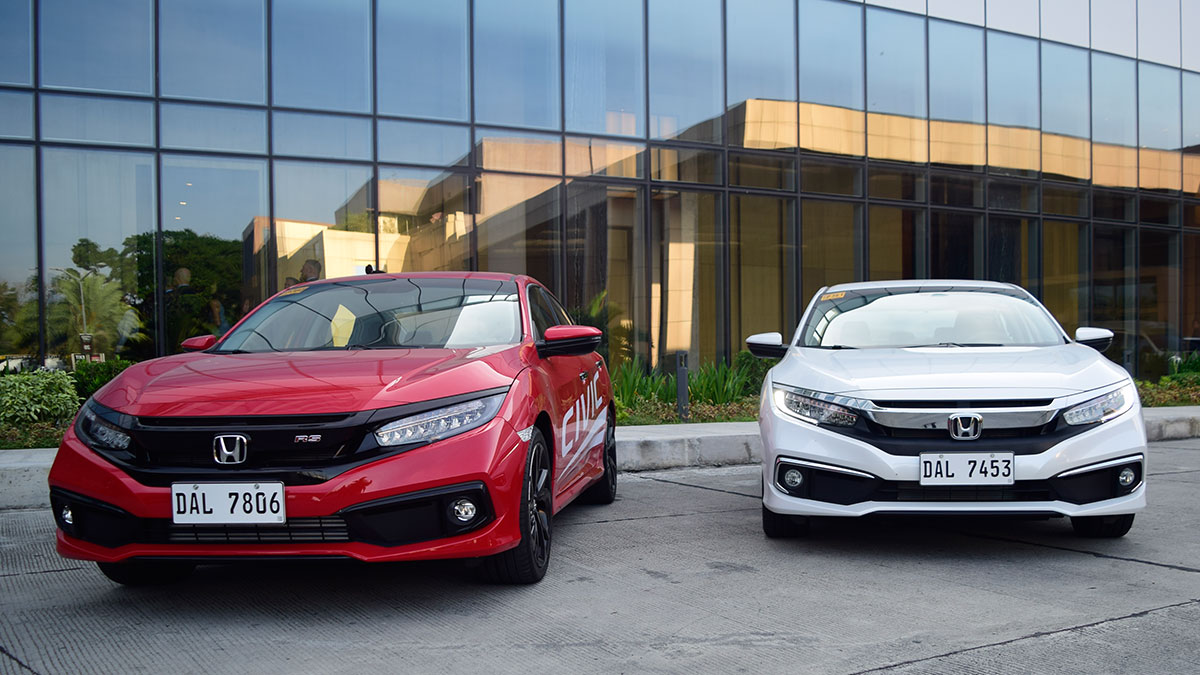 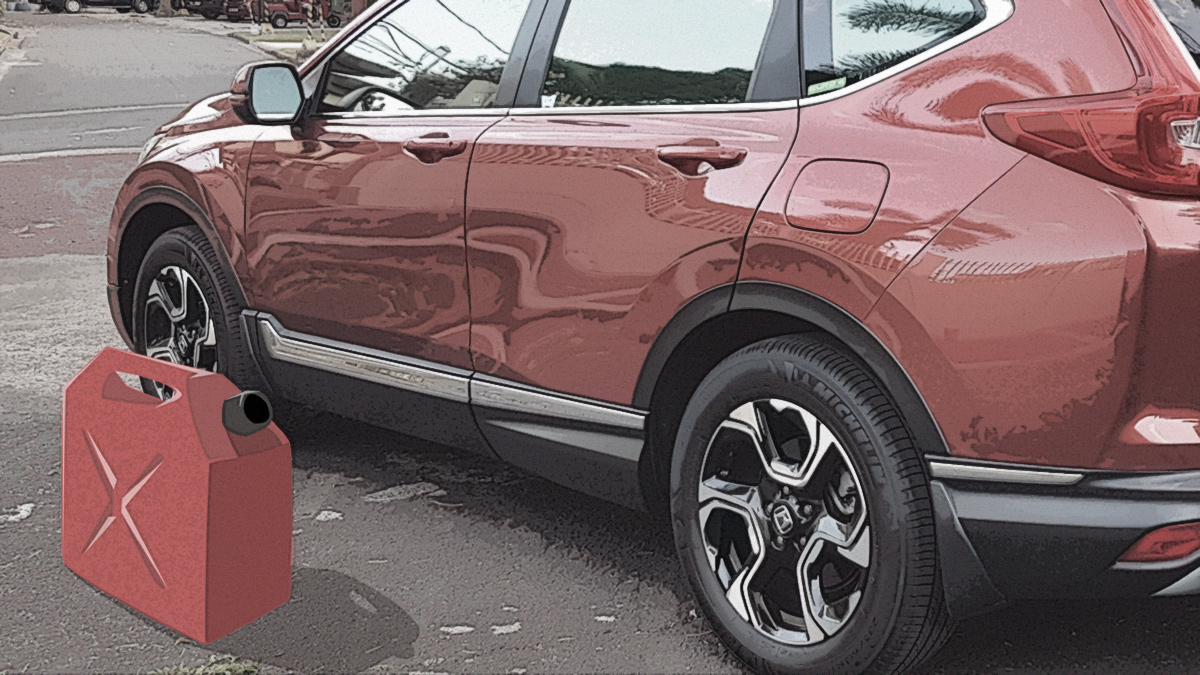 Here’s what you need to know about siphoning fuel
View other articles about:
Read the Story →
This article originally appeared on Topgear.com. Minor edits have been made by the TopGear.com.ph editors.
Share:
Retake this Poll
Quiz Results
Share:
Take this Quiz Again
TGP Rating:
/20