Some of the most famous rides on YouTube
by Drei Laurel | Apr 5, 2021
CAR BRANDS IN THIS ARTICLE

No Ken Block, no Ford? We think it’s safe to say the last Gymkhana video, featuring Travis Pastrana burning rubber behind the wheel of a an 862hp Subaru WRX STI, marked the end of an era.

That said, if you’re looking to own a piece (or three) of the golden age of Block’s tire-shredding shenanigans, you’d be hard-pressed to find a better opportunity to do so than now: Three of his YouTube-famous Fords are currently up for sale on LBI Limited.

The first is Block’s 2013 Ford Fiesta ST RX43. This particular hatch starred in three of Block’s Gymkhana films and packs a 2.0-liter turbocharged four-cylinder with 600hp mated to a six-speed sequential gearbox—enough to launch it from zero to around 100kph in about two seconds. Sadly, not street-legal.

Block car number two is yet another Fiesta, this time the 2011 model featured in Gymkhana 3. This unit is particularly special as it was the first-ever Ford to play the hero in a Gymkhana film. Powering this hatch is a 600hp Duratec engine with 895Nm of torque. This one will zip to just under 100kph in less than two seconds. Again, not street-legal.

And finally, a listing that doesn’t explicitly warn buyers to shelve driving on public roads—Block’s 1986 Ford RS2000. Custom-built by Hoonigan, Block once described the unit as his dream car. Its four-cylinder turbo engine will do upwards of 700hp (800hp on race gas), and it features arguably the most unique look out of all of Block’s vehicles. Prep at least $550,000 (over P26.7 million) if you’re interested in this one.

Three cars in nothing to scoff at, but we’re certain Block has plenty of other rides tucked away in a garage somewhere, just waiting for another crack at YouTube glory. Think there’s any chance Block someday returns with some other Ford-badged tire-shredder? 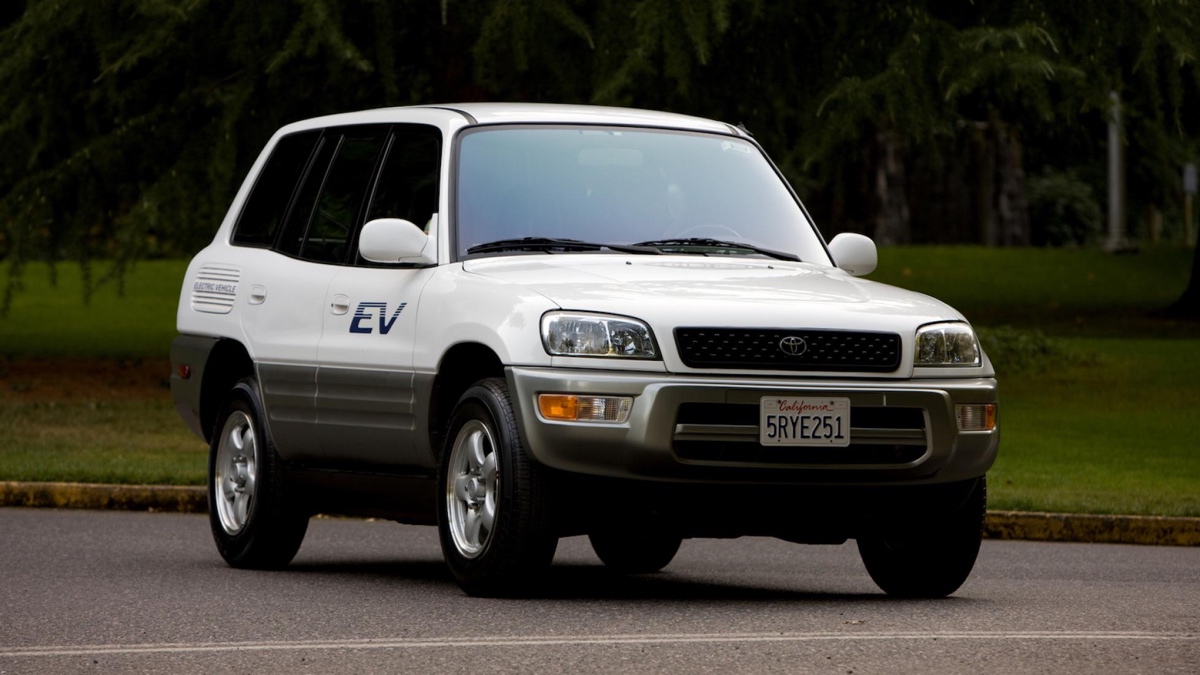 Did you know that Toyota built an electric RAV4 in the ’90s?
View other articles about:
Read the Story →
This article originally appeared on Topgear.com. Minor edits have been made by the TopGear.com.ph editors.
Share:
Retake this Poll
Quiz Results
Share:
Take this Quiz Again
TGP Rating:
/20