911 Turbo S vs. Taycan Turbo S: Has the legendary Porsche been dethroned?

Electrification is coming
by Ollie Marriage | Jun 7, 2020
CAR BRANDS IN THIS ARTICLE

A Porsche head-to-head for you today. Which is the fastest road car the firm builds? The thumping twin-turbopetrol power of the new 911 Turbo S, or the new age tech of the twin-motor Taycan Turbo S that, of course, contains not a single actual turbo?

The raw stats are as follows: The Taycan’s twin motors produce 751hp and 1,048Nm. The 911 needs a whole lot more plumbing to deliver a whole lot less power: 641hp and 799Nm. But that plumbing doesn’t weigh much—the whole car comes in at 1,640kg. If the Taycan didn’t have to haul around a 93.4kWh battery pack, it wouldn’t weigh 2,295kg, but since it does, its disadvantage is a colossal 655kg. And that means for the crucial drag-race power-to-weight ratio the Taycan is at a disadvantage: 327hp/ton plays 397hp/ton, and 456Nm/ton plays 488Nm/ton.

But electric cars deliver all their power, all the time. Yes, the Taycan has a two-speed gearbox on the rear axle to maximize launch, but aside from that little electric blip (and Porsche wouldn’t have done it if it didn’t make the car faster), there is no complication or interruption in the Taycan’s drivetrain. The 911 has a powerband. Max torque is only available at 2,500-4,000rpm, and that doesn’t coincide with maximum power that arrives at 6,750rpm, when the redline is only 250rpm away. There’s also the small matter of eight gears to be dealt with, even if each is only a minor interruption when there are two clutches to swap them in and out.

Enough geekery—on with the numbers. You’ll find the full table at the bottom, but that doesn’t tell the story of how they launch. Both have immaculate launch-control systems. No wheelspin—just a tension in the drivetrain, a smack as the headrest punts into the back of your head, an involuntary yelp as you depart, and a gasp at how fast the numbers grow bigger.

They are, up to a point (that point being about 145kph), identically fast. Nothing, not even a Dodge Demon at a drag strip, has hit 30mph (48kph) faster than the Turbo S. You’re there 1.15sec after lift-off. The Taycan takes more to get the weight moving, but it’s only a tenth of a second behind (and ahead of many other big 4WD hitters, including the Lamborghini Huracan Evo). That solitary tenth of a second then separates them all the way to 129kph.

I still reckon the best indicator of real-world usable performance is 30-70mph (48-113kph). The Taycan wins that, by a solitary hundredth of a second: 2.02sec plays 2.03sec. But get your head around that! Two brief little seconds! Now, in the actual real world, the 911 would be struggling to keep the Taycan in view. Driving along at a steady 30mph in an electric car, you get immediate, instant thrust, while the gasoline car—unless the driver likes holding second gear—is going to have to kick down first.

And this is what’s important to remember: These two Porsches are among the very fastest cars we’ve ever tested. The latest Audi RS3 is blisteringly quick, but it takes 4sec longer than the Taycan to do 60-130mph, and it’s 14mph (23kph) slower at the end of the quarter-mile. Anyway, here are the full figures. Have a dig into them, add a comment at the bottom. 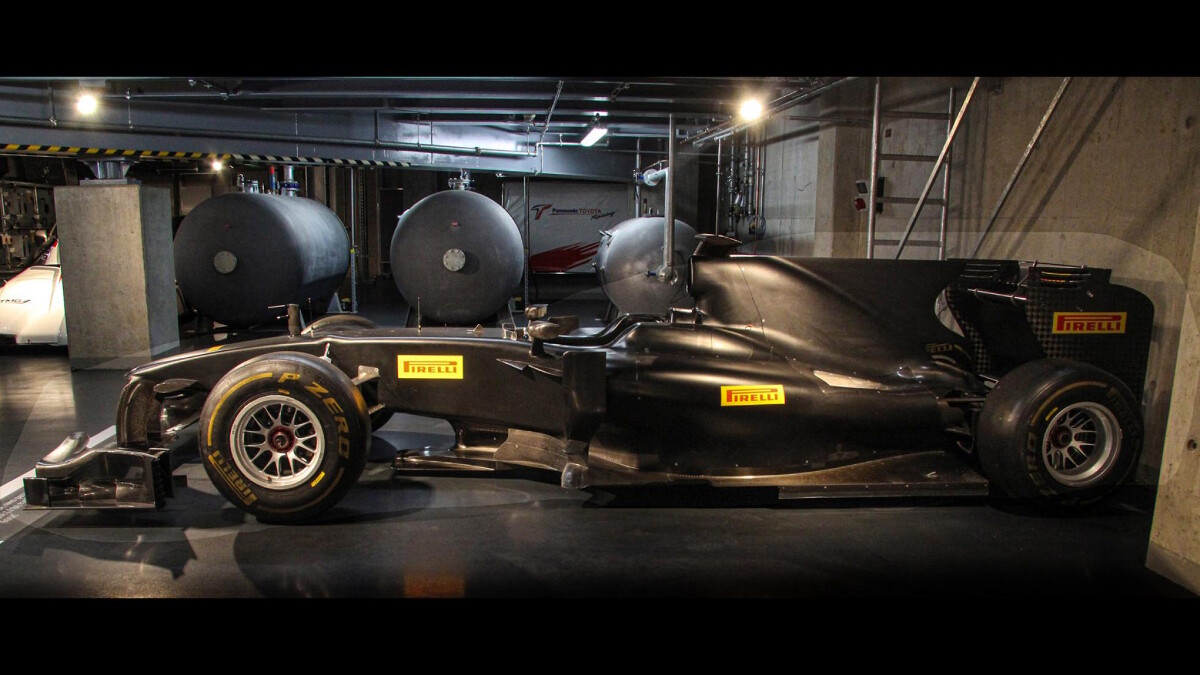 A Toyota Formula 1 car is up for auction
View other articles about:
Read the Story →
This article originally appeared on Topgear.com. Minor edits have been made by the TopGear.com.ph editors.
Share:
Retake this Poll
Quiz Results
Share:
Take this Quiz Again
TGP Rating:
/20