Wondering how the next Mitsubishi Montero Sport would look like?

We render it based on new Strada
by Andrew Guerrero | Nov 24, 2014
CAR BRANDS IN THIS ARTICLE 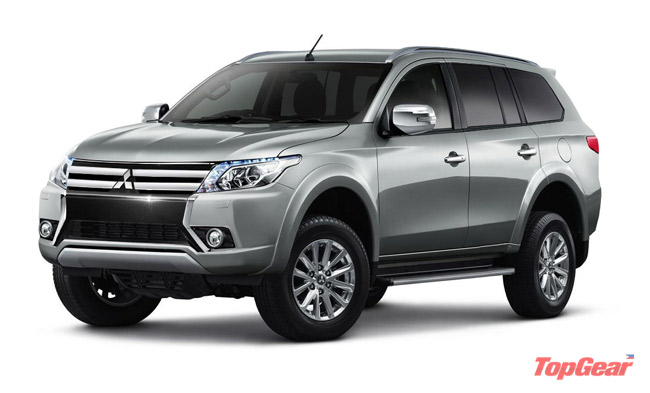 Recently unveiled in Thailand, the Mitsubishi Triton pickup (aka Strada) gets a more stylish sculpted exterior and a more car-like interior. Under its hood is a new 179hp 4N15 MIVEC diesel with turbo intercooler. Now that we know how the Japanese carmaker's new pickup looks like and what's under the hood, the next natural question is: How about the Strada's midsize SUV twin, the Montero Sport?

Also known as Pajero Sport in some markets, the Montero Sport has always been the SUV version of the Strada. It serves as a more affordable and rugged SUV alternative to its big brother, the Pajero. The current model sold here is the second-generation model, which was launched about six years ago. With the recent introduction of the new Strada pickup, it only means that the next-generation model of the very popular Montero Sport is just around the corner.

Above is a Top Gear Philippines rendering of what we think the upcoming all-new Montero Sport would look like based on the new Strada's exterior design. The sheet metal on the front half of the SUV is usually shared with its pickup sibling, so the hood, the fenders, the front doors and the windshield are unchanged. The grille, the bumper and the headlights are usually restyled to have a sportier, more sophisticated look.

We borrowed some styling elements from Mitsubishi's latest concept SUVs and crossovers, which preview the styling direction of the Japanese carmaker's upcoming models. As automakers aim to make their vehicles greener and more fuel-efficient, we added aero flaps to the front wheels and a rear spoiler on the trailing edge of the roof to improve aerodynamics; these are some of the features present on most of the Montero Sport's new competitors. The general shape of the rear was inspired by the current Outlander crossover.

Mitsubishi has not yet announced when the next Montero Sport is going to be unveiled. But when it arrives in the market, it will be facing off with the segment's latest models, like the all-new Isuzu MU-X, the recently unveiled all-new Ford Everest and the upcoming all-new Toyota Fortuner.

Would you go for the next Montero Sport if it looked like this?