Specs, variants, prices: Everything you need to know about the new Toyota Hilux

It’s finally here, ladies and gents: Toyota Motor Philippines (TMP) has officially unveiled the refreshed Hilux. Now, we’ll cut the dilly-dally and get right to it—let’s talk about all the specs, features, prices, and variants of this facelifted truck. 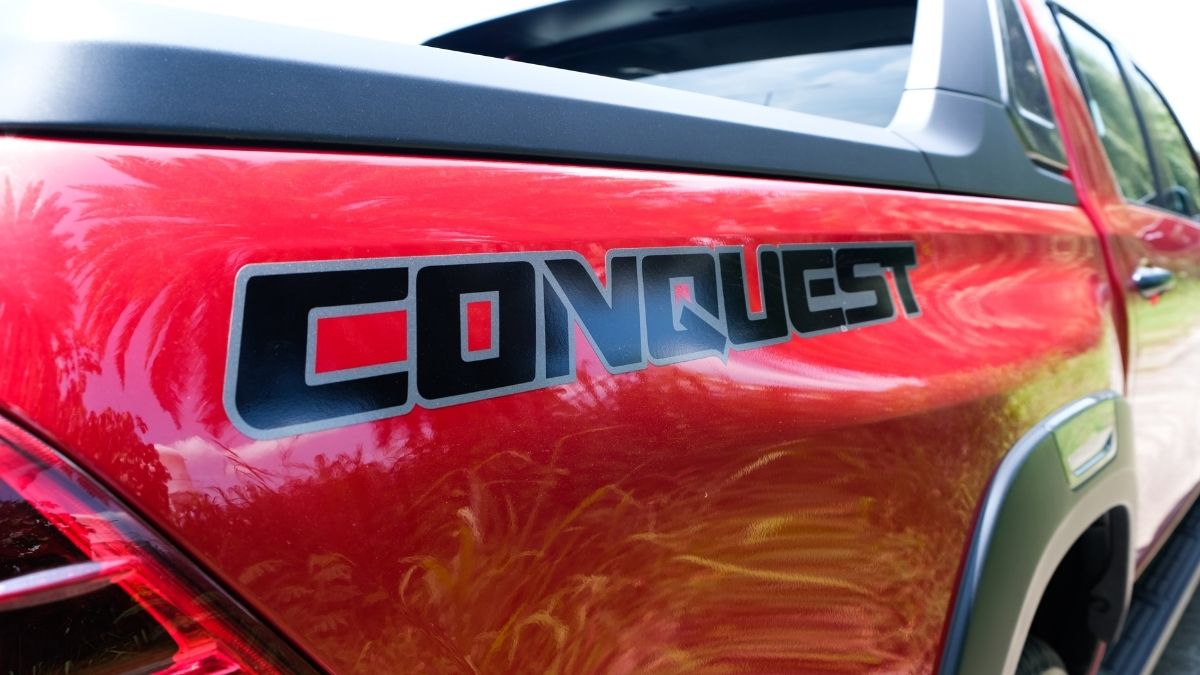 It appears the initial price list we acquired checks out from top to bottom. In case you missed that one, here they are again: 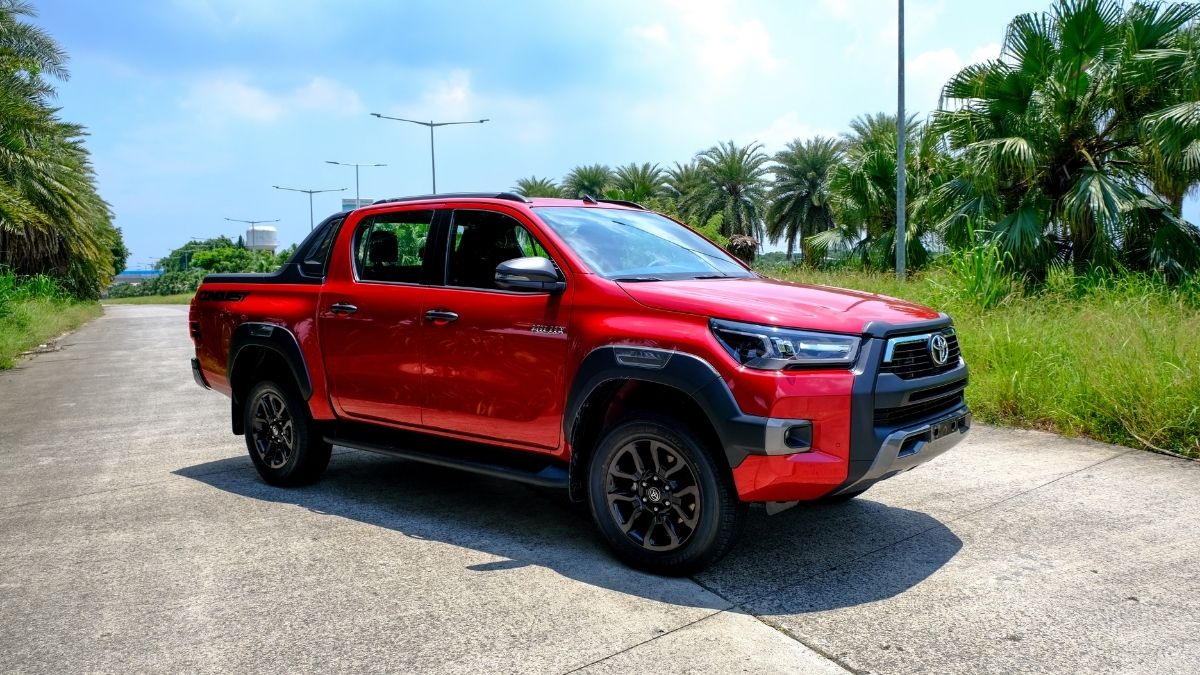 The Hilux’s front fascia is what gets the majority of the changes with this refresh. The grille is now wider and extends further downward, taking up part of the old front bumper’s real estate, and the chrome bits have been replaced with blacked-out trim. The truck also gets new-look foglamp housings and alloy wheels.

As for the higher Conquest variants, the front clip has an even more macho look, with a sportier-looking grille and a large skid plate below to add to the entire look. The foglamps here also have a different design, with black plastic casings that continue on to the plastic accents on the wheel wells. Out back, there’s black garnish that accentuates the tailgate and some new LED rear combination lamps. In addition, the bed also gets a sports bar with LED deck lamps. 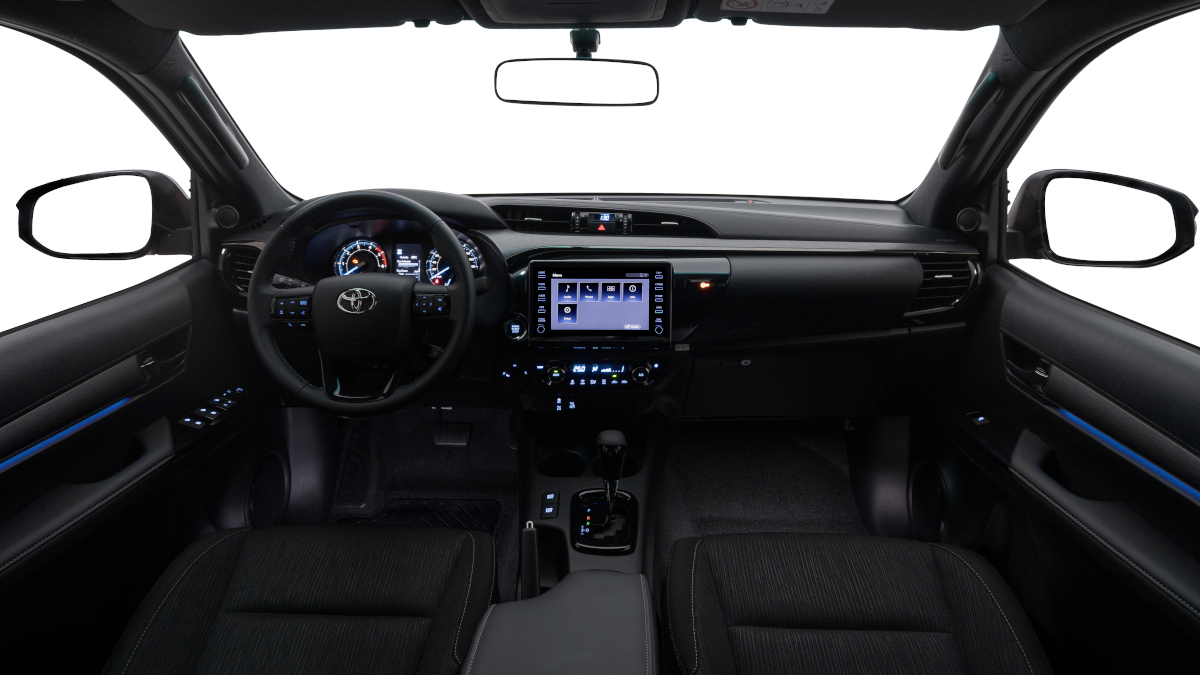 Moving onto the interior, the Hilux hasn’t changed much for the most part. The Conquest does get a few leather bits in its cabin—on the center console and the door panels—some faux wood-like plastic trims all around, and mood lighting for some added pizzazz. 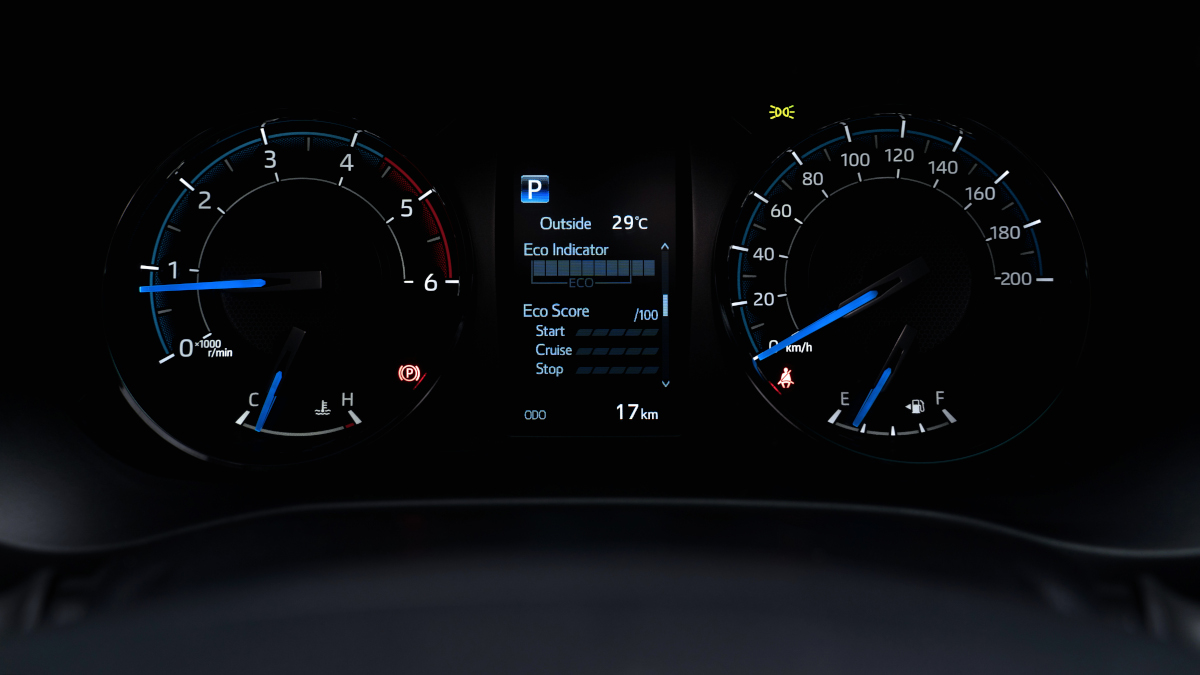 The refreshed Toyota Hilux retains its 2.8-liter and 2.4-liter turbodiesel options, but both have received some slight improvements. The more powerful engine that’s available in the 4x4 Conquest variants now produces 201hp and 500Nm of torque (420Nm for the MT variant) thanks to a new heavy-duty turbocharger, and is also up to 5% more fuel-efficient than the pre-facelift model. Meanwhile, the other engine that’s available in every other variant across the range still generates 148hp and 400Nm, but is now also more fuel-efficient.

Across the lineup, the Hilux still has a double-wishbone suspension setup in front complemented by a leaf spring rigid axle in the rear, but the frame has been refined for better vibration absorption and, ultimately, a softer ride. Meanwhile, the power-steering system gets a new variable flow control pump that makes for much lighter handling than before. Stopping power is provided by front ventilated disc and rear drum brakes. 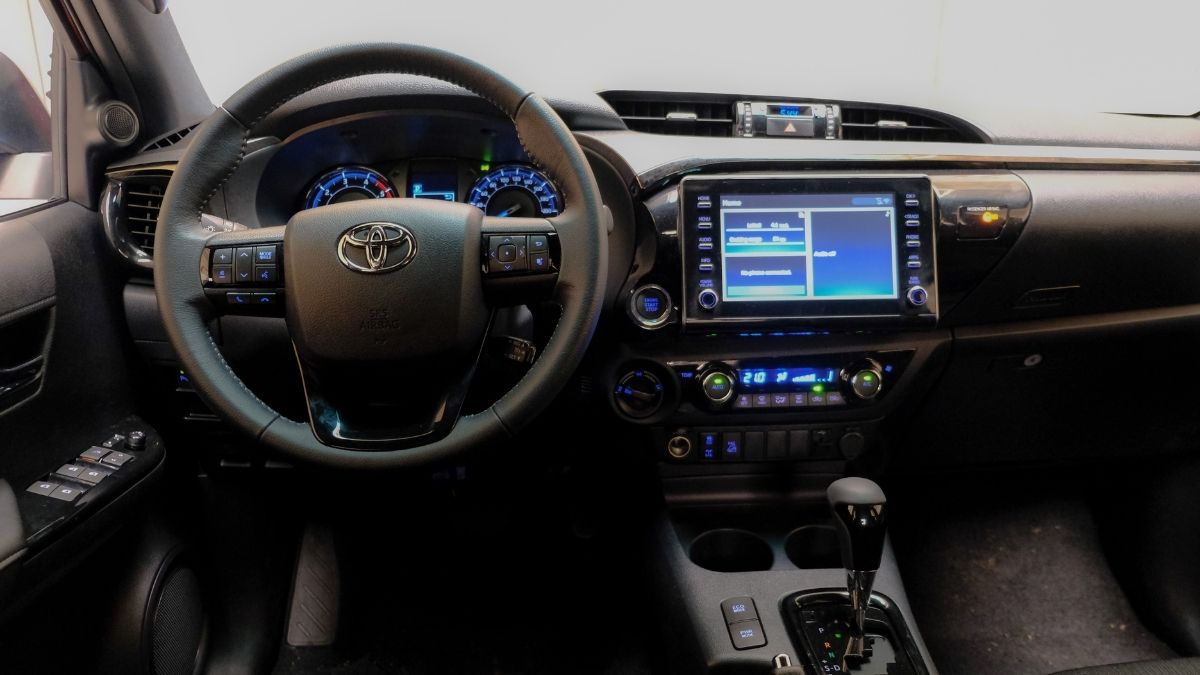 The new Hilux also gets a number of added niceties. All Conquest variants now come equipped with a smart entry system with a push-start ignition inside. All windows are now also automatic with a one-push up-and-down function. Plus, there’s a new eight-inch infotainment system here, with Apple CarPlay and Android Auto compatibility and Smart Device Link and Miracast. The G and E variants get a smaller 6.75-inch touchscreen display, but with the same smartphone connectivity features.

Another nifty addition to the new Hilux is the tailgate lift assist—this makes opening and closing of the otherwise heavy tailgate a cinch. It also now gets cruise control and clearance and back sonars, among other safety features. 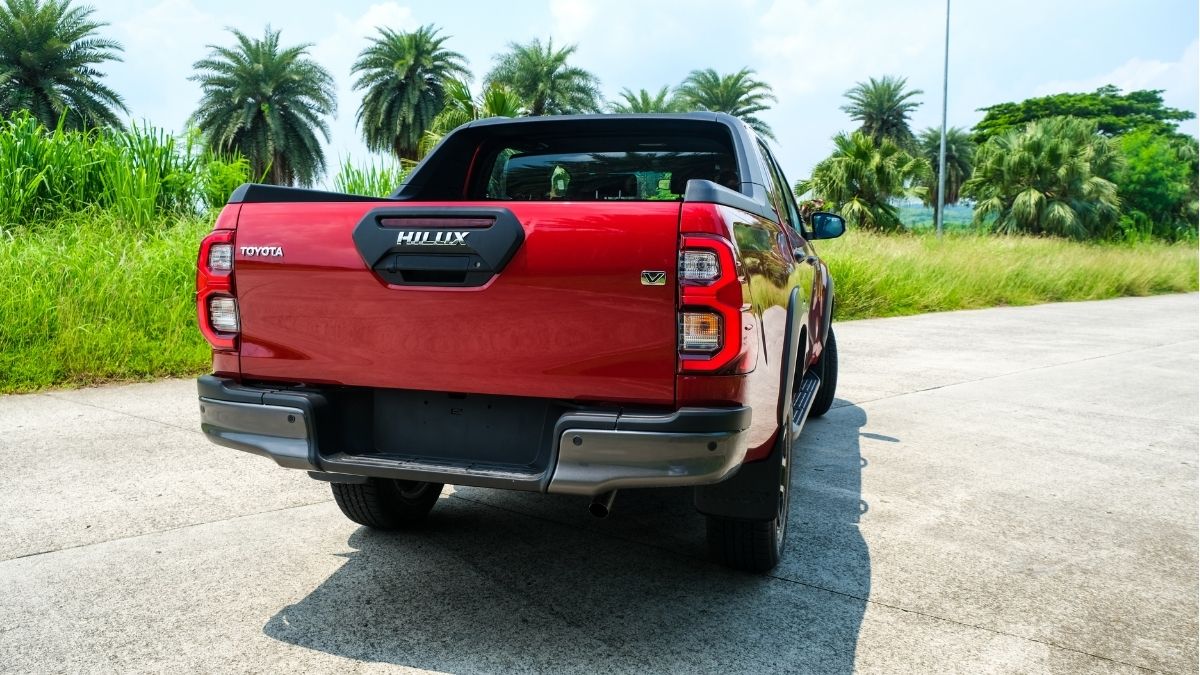 That’s about all of it for the facelifted Toyota Hilux. What do you think of the changes that the carmaker has made to its popular truck? Tell us what you think in the comments. You can also check out our first impressions here. 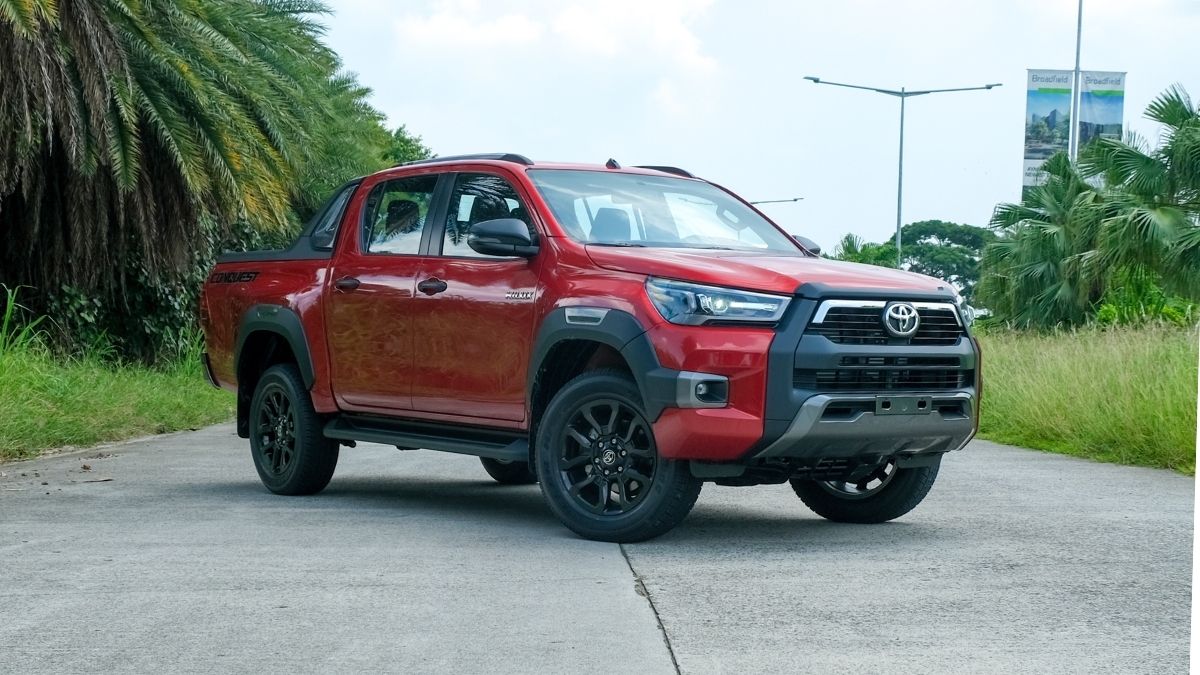 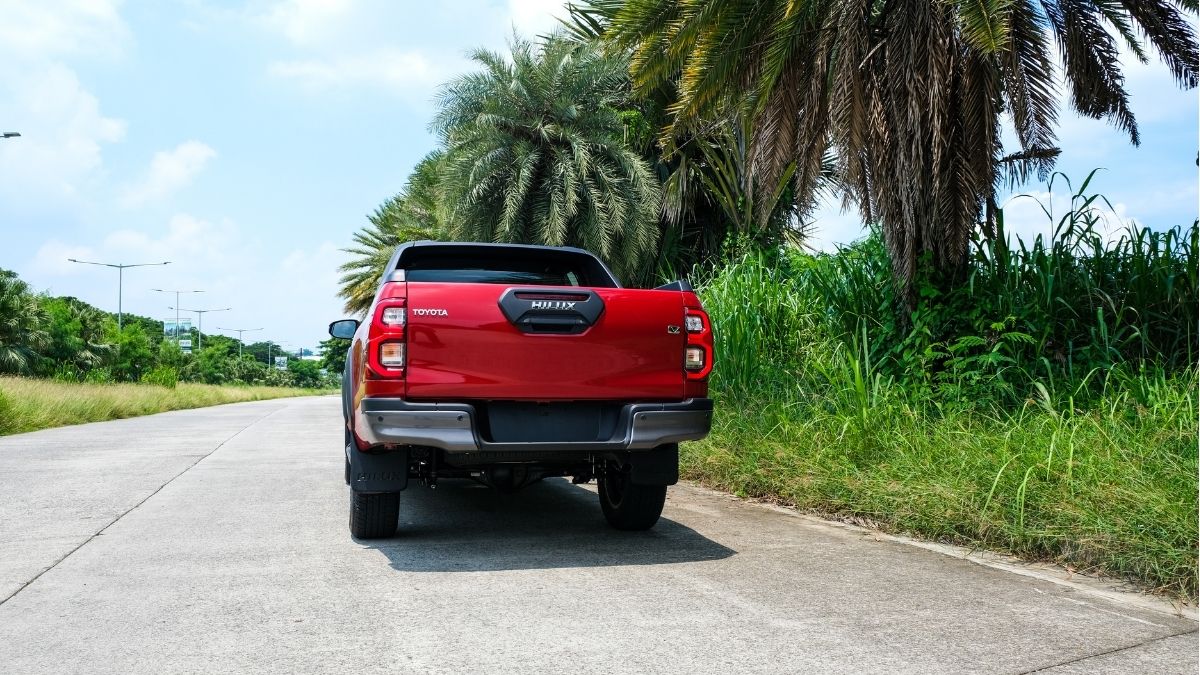 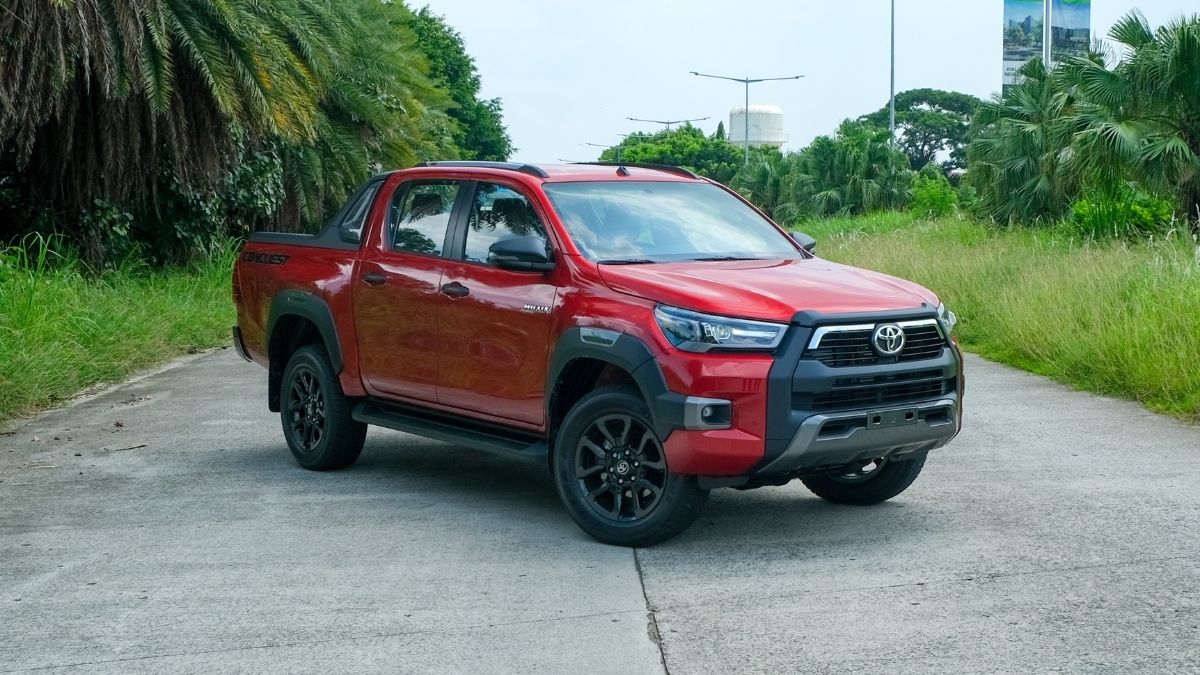 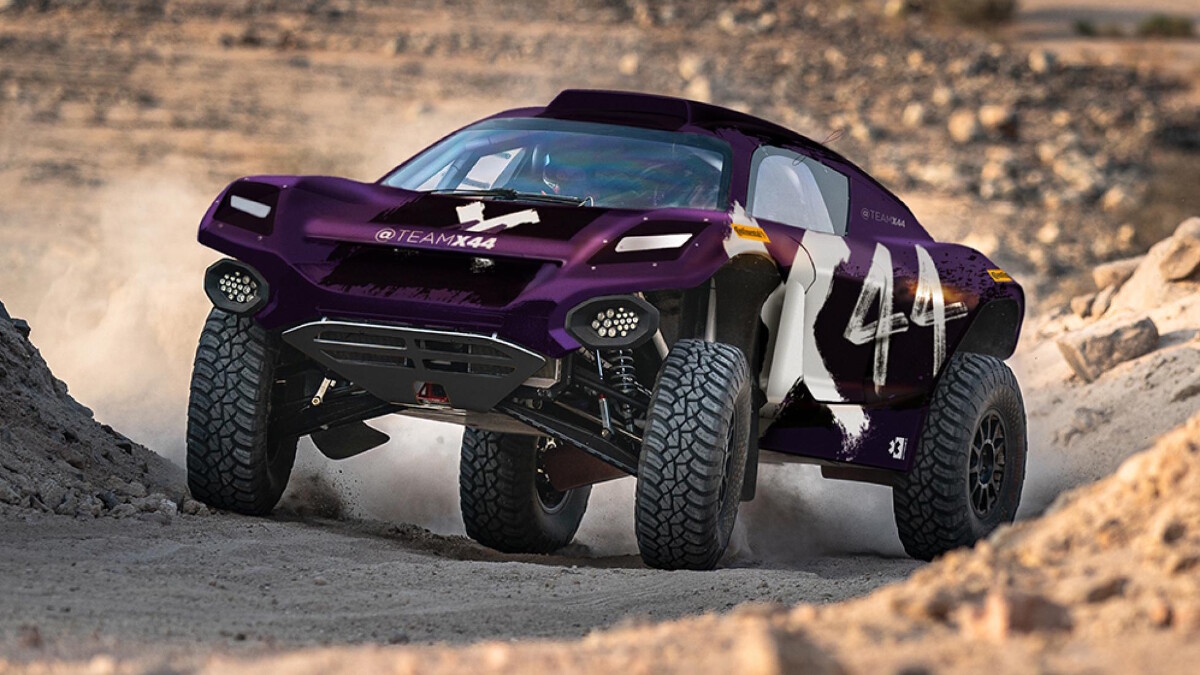 Lewis Hamilton to field ‘X44’ team in Extreme E
View other articles about:
Read the Story →
This article originally appeared on Topgear.com. Minor edits have been made by the TopGear.com.ph editors.
Share:
Retake this Poll
Quiz Results
Share:
Take this Quiz Again
TGP Rating:
/20