A lot happened over the past seven days
by TopGear.com.ph | Jul 2, 2022
CAR BRANDS IN THIS ARTICLE 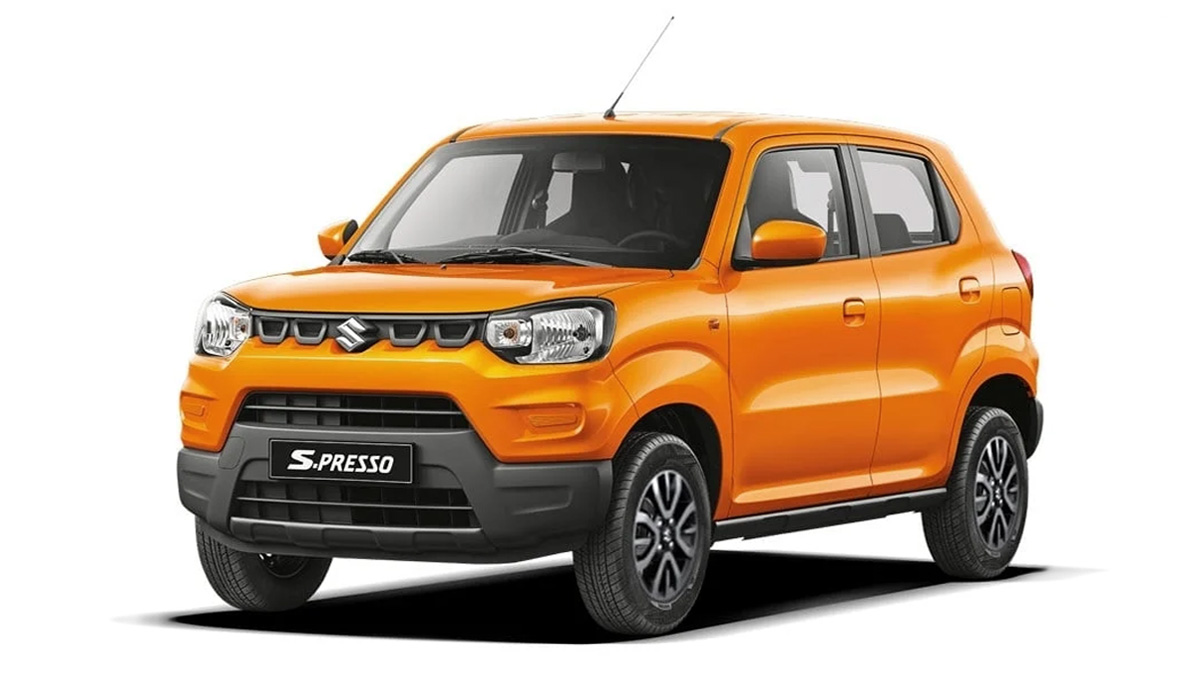 The Squad Vehicle Charlie is a Philippine military vehicle 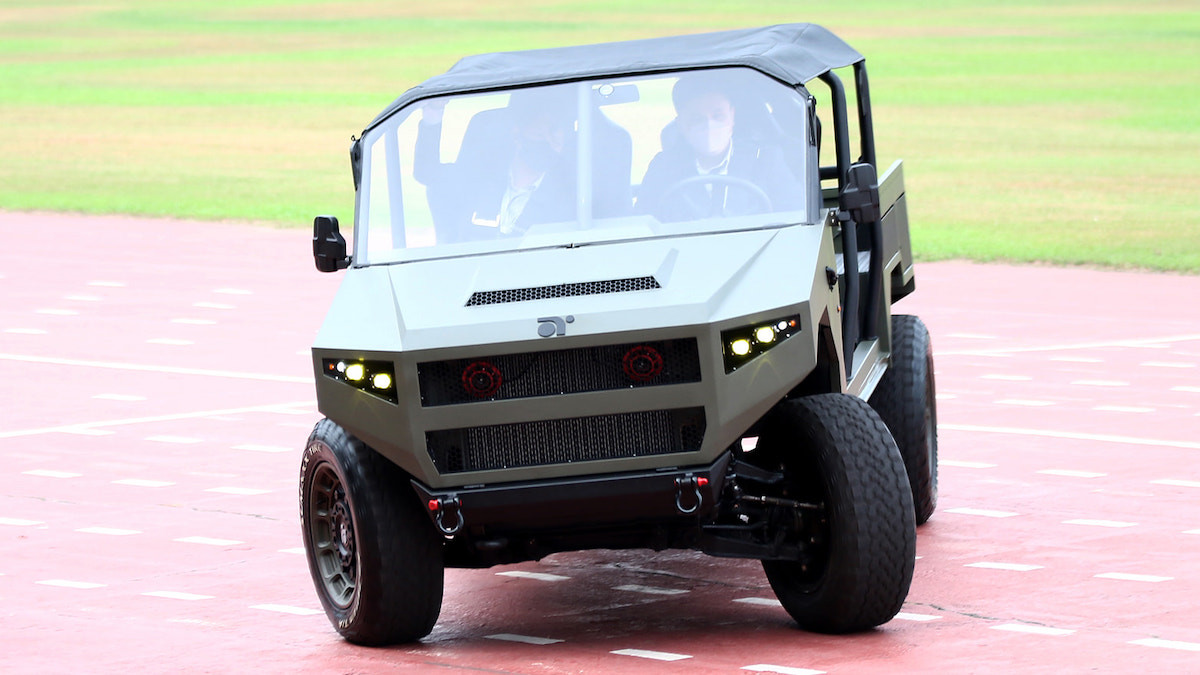 “We’ve already seen what a Philippine-made supercar might potentially look like thanks to Aurelio. Local cyberpunk motorcycles? Lycan is working on a couple you might one day be interested in buying, too. Now, we’ve also been treated to a look at a homegrown military vehicle.

“This cool-looking truck is called the Squad Vehicle Charlie. It’s made by Malabon-based vehicle company Anos Research Manufacturing (ARM) and was recently shown off to Philippine military officials, including Defense secretary Delfin Lorenza, in Camp Aguinaldo.

“Frankly, people may have been excited with just a render—but this is an actual working military truck in the metal. It looks every bit the part of a combat-ready ride, featuring an aggressive design with an angry face and a very utilitarian overall vibe.

“The light infantry squad vehicle weighs around 2,800kg, has a ground clearance of 235mm, and can be powered by a 2.8-liter to 3.0-liter turbodiesel engine with up to 187hp and 450Nm of torque. Shifting is handled by a six-speed manual transmission, and the engine’s output is sent to all four wheels.

“That bed at the back doesn’t necessarily need to be used for carrying personnel. Place a water tank back there, and the vehicle can serve as a do-it-all firetruck. The company also says the vehicle has provisions for things like a communication antenna or a gun turret, or even a mobile rocket launcher. It also has a modular design with a detachable roof and doors.”

Honda has received 27,000 orders for the Step WGN in first month of sales 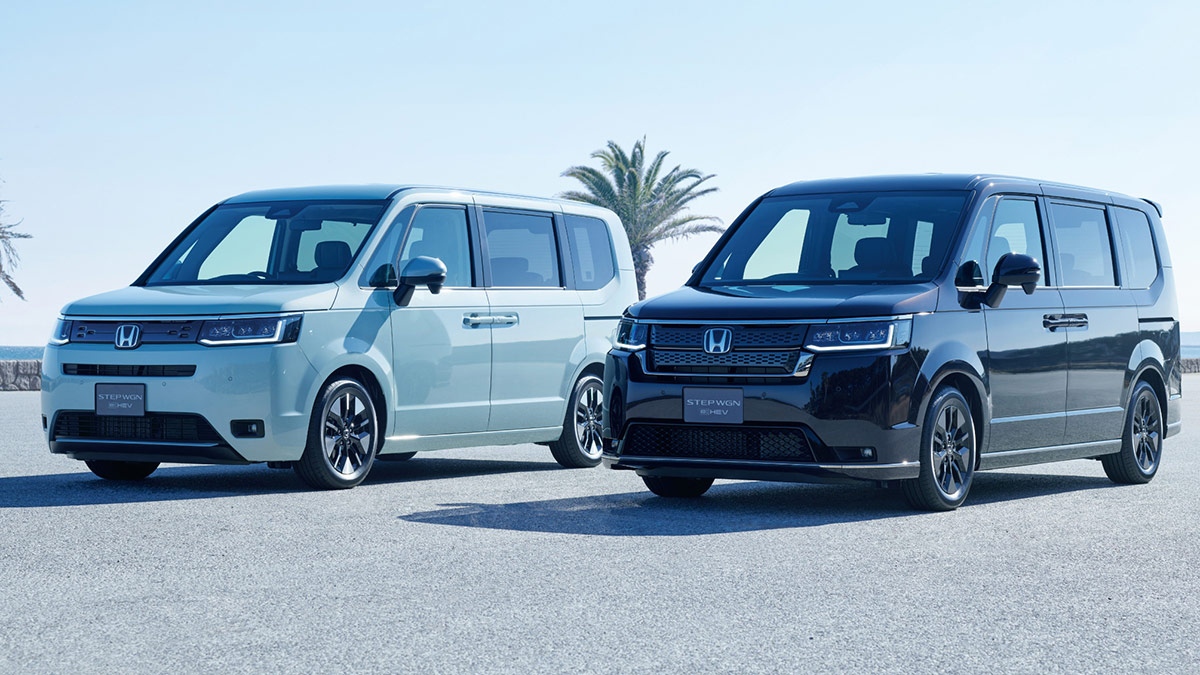 “When we first saw the Honda Step WGN—another boxy retro minivan-slash-MPV that we can only dream about—we were floored. We knew it was the family car we needed, especially with the Odyssey’s recent exit. The problem, of course, is it wasn’t sold anywhere outside of Japan.

“But our pleas to Honda to export the beautiful thing continues, especially now that the carmaker has revealed 27,000 units have been spoken for in the first month alone. In a single market. If that’s not enough to show Honda that a lot of people reaaally want the Step WGN,  then we don’t know what will be.

“The sad part about all this news, though, is that deliveries will be delayed. Honda still has the pandemic and the global chip shortage to deal with. But to be fair, the carmaker did plan to sell just 5,000 of these per month.”

OTHER STORIES YOU MIGHT HAVE MISSED:
It looks like BBM is ending the trend of using Japanese SUVs as the presidential vehicle
After 3 years of no progress, World Bank cancels loans for Metro Manila BRT project 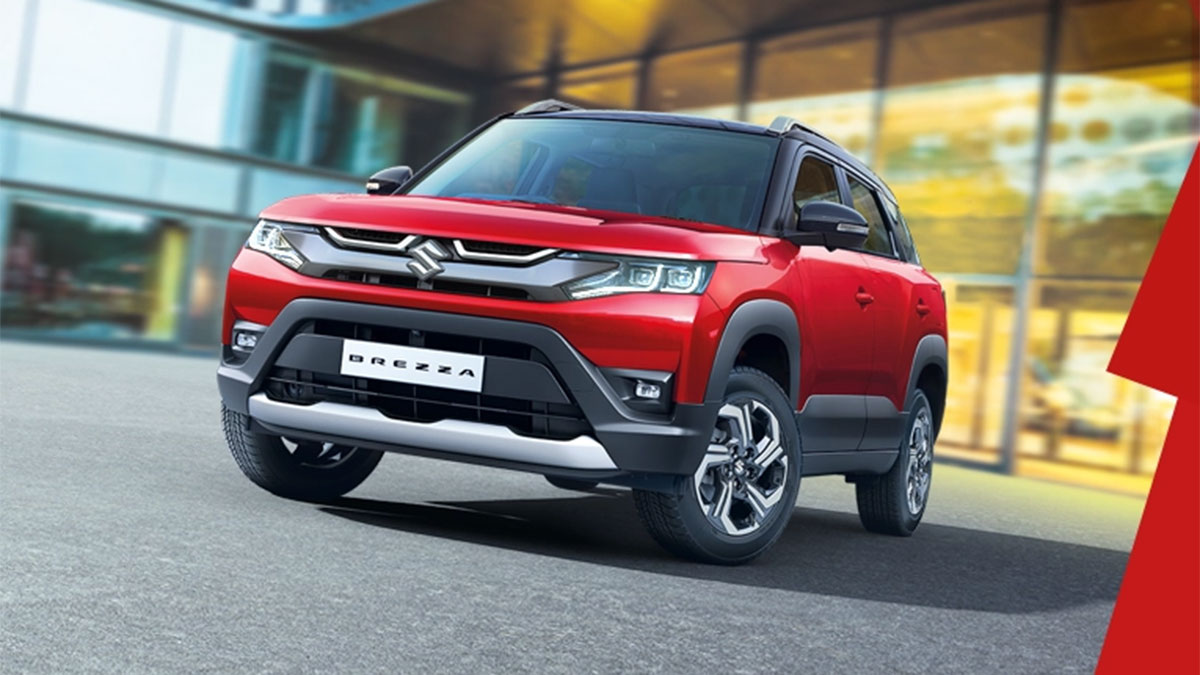 “Suzuki recently teased the next-generation Brezza, a smaller and more affordable Vitara that’s sold in India. The new crossover has now been unveiled, and we’re thinking it could make for a nice Vitara replacement after the latter’s recent demise.

“The new Brezza debuts with undoubtedly more modern styling than its predecessor and the Vitara. A pair of aggressive-looking headlamps that give off a nice light signature flank the gunmetal trim on the grille.

“Now, are you familiar with the nostril-like openings on the S-Presso’s front fascia? You’ll find a couple of those right below the Brezza’s hood and around the Suzuki badge, and it looks interesting, to say the least. On its bumper, the Brezza gets a mix of black plastic with a gray skid plate.

“Out back, the Brezza also has a very rugged look to it. The wraparound black plastic cladding underneath are fitted a bit high onto the liftgate and is accentuated by a large rear skid plate. As for the taillights, they somewhat feature an inverted shape of the headlamps.

“Under the hood of the new Suzuki Brezza is a 1.5-liter gasoline engine that can be mated to a five-speed manual or a six-speed automatic transmission. The vehicle is equipped with Suzuki’s Progressive Smart Hybrid System that features idle stop-start functionality, torque assist, and regenerative braking. According to Suzuki, the Brezza’s hybrid setup can do up to 20.15km/L.” 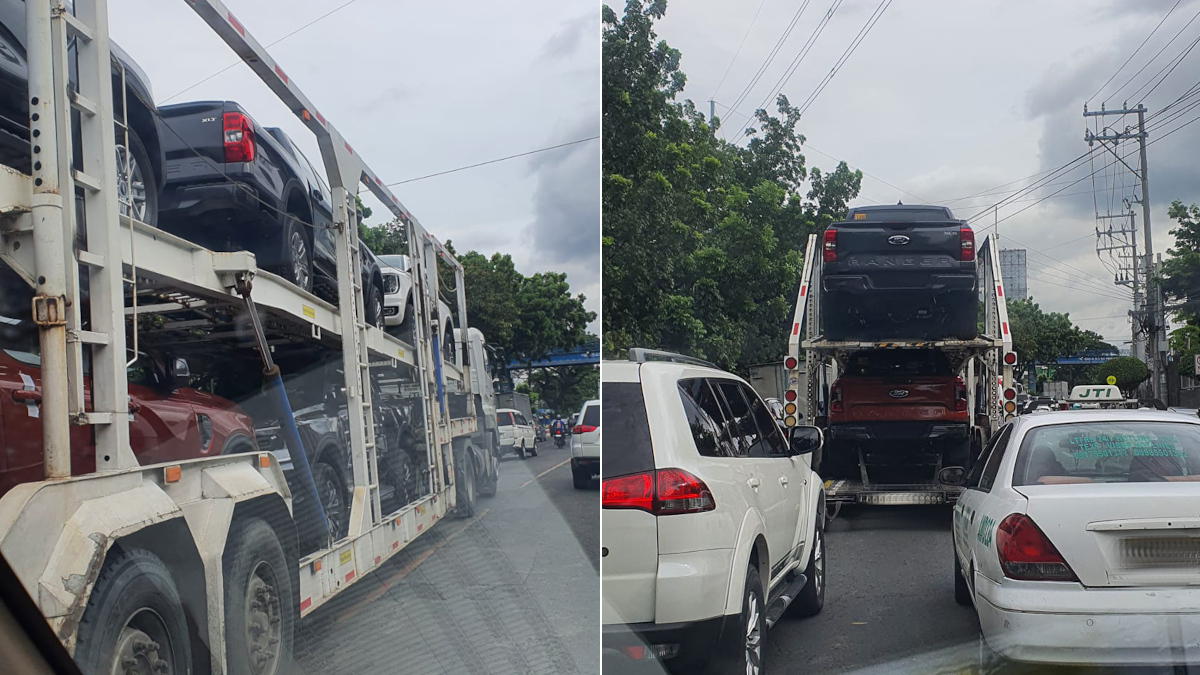 “Did you place an order for the all-new Ford Ranger when reservations opened last month? Well, you might now have to wait long before you see your unit ready to leave the dealership.

“Images of the 2022 Ford Ranger being transported on Philippine roads were sent to us by reader Aaron Fider. The photos you see here weren’t taken on an expressway or provincial road, but along C5 in Metro Manila. Fider said he caught a glimpse of these units near Libis.

“Ford Philippines has yet to announce an official launch date, but with units already out in the open and probably heading to local dealerships, we think it’s safe to assume an official introduction will take place sooner rather than later.

“In case you missed it, the all-new Ford Ranger will carry a P1,198,000 starting price in the Philippine market. Buyers have the choice of either a 2.0-liter turbocharged diesel paired with either a six-speed automatic or six-speed manual transmission or a 2.0-liter bi-turbo diesel with a 10-speed automatic.”

OTHER STORIES YOU MIGHT HAVE MISSED:
Everything you need to know about Quezon City’s no-contact apprehension program
Angie Mead King’s Victoria Court branches are now known as Hotel AVA 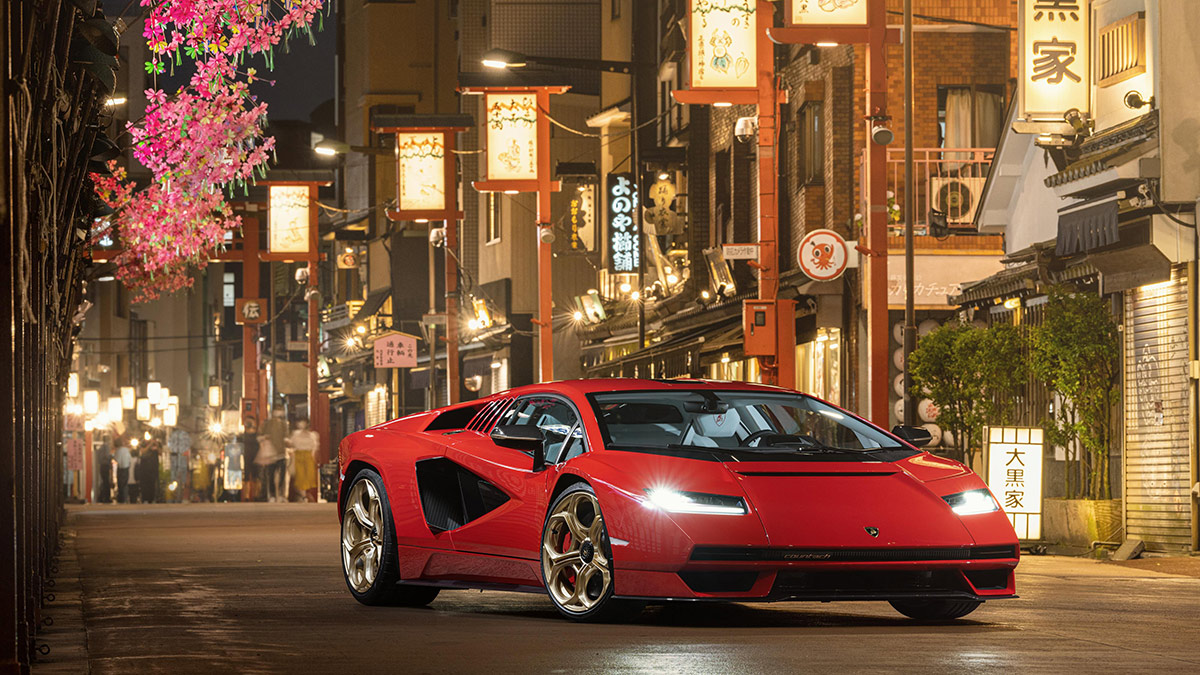 “You know all about the new Lamborghini Countach by now, don’t you? The limited-edition 804hp remake was unveiled in August last year, and deliveries to customers have now started.

“The first unit to head to Japan was recently unveiled at Warehouse Terrada in Tokyo, and Lamborghini took the opportunity to get some snaps on the city streets. Anyone else finding the design is growing on them? This particular spec of red with gold wheels and a white interior is certainly doing the business for us.

“And how’s this for a treat too: Lambo Japan also brought along a 1989 Countach 25th Anniversary to sit alongside the new LPI 800-4. Thoughts in the comments below please folks...” 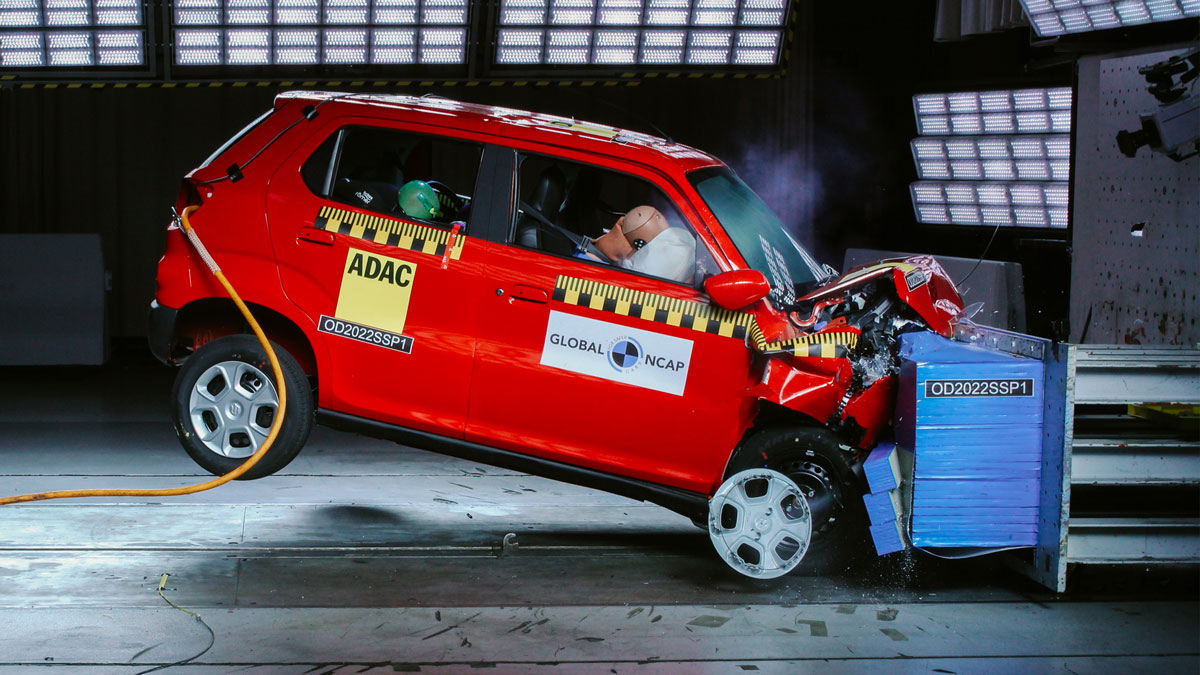 “Remember when the Global New Car Assessment Program (NCAP) gave the Suzuki S-Presso zero stars for safety a few years back? Well, you can scratch that now, because the tiny hatch has undergone new testing and has garnered a much-improved rating.

“The S-Presso was tested under the current protocols as part of the #SaferCarsForAfrica campaign. The parameters still do not include side-impact, electronic stability control, and pedestrian protection requirements.

“According to the crash-test results, the S-Presso provided good protection to the heads of both front passengers. The driver, however, had poorer protection from the neck down.

“Note that the S-Presso in the South African market is equipped with two standard airbags, similar to what we have in the Philippines. However, as our very own Niky Tamayo pointed out in his S-Presso review, local units get rear ISOFIX latch points for child seats, something lacking in the unit the Global NCAP tested. If properly tested, Philippine-spec S-Pressos could score a bit higher overall.” 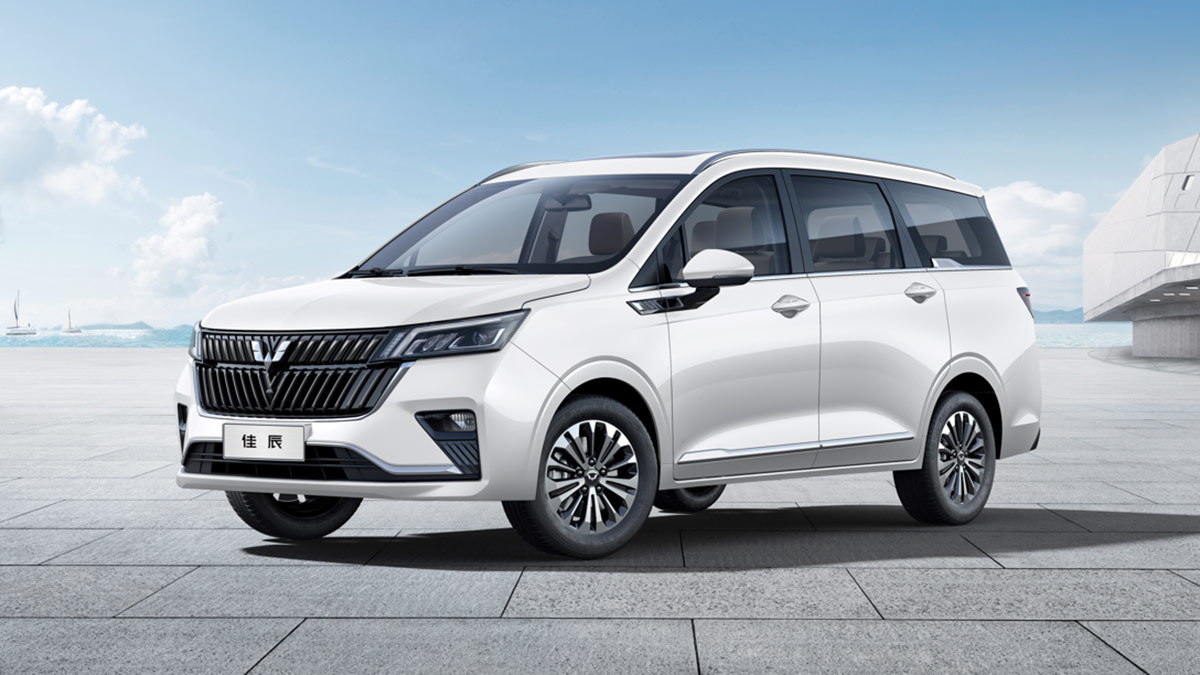 “Say what you want about Wuling Motors—aka General Motors’ joint venture with SAIC—but you have to admit the Chinese brand has some enticing offerings in its lineup.

“There’s the incredibly affordable Hong Guang Mini EV, and the weird-looking yet seemingly practical Zhengtu pickup. Now, the carmaker has this: the Jia Chen MPV. It’s budget-friendly, it looks decent, and most important, it has seven seats.

“The Jia Chen has an aggressive-looking front clip with diagonal slats on the wide grille and those sharp-looking headlights. The back looks a bit more subdued and gets a simpler design. Actually, it reminds us a lot of the Maxus G50’s rear end.

“Inside, the vehicle is fitted with nice brown seats with the ‘2+2+N’ configuration. The middle two seats with center armrests can be slid forward or backward, while the third-row seats can be lowered or folded down to open up 1,177 liters of cargo space.

“Powering this MPV is a 1.5-liter turbocharged gasoline engine mated to a CVT. Wuling says fuel consumption is about 13.89km/L. Amenities here include an infotainment system with a Ling OS that enables vehicle status monitoring, remote A/C controls, and Bluetooth key sharing. The head unit is paired with a nine-speaker setup.

“Other niceties include a keyless entry system, heated side mirrors, and a 360-degree-view monitor with parking sensors. Four colors and five variants are available, with prices ranging from 68,800 to 99,800 Chinese Yuan, or around P563,000 to P817,000.” 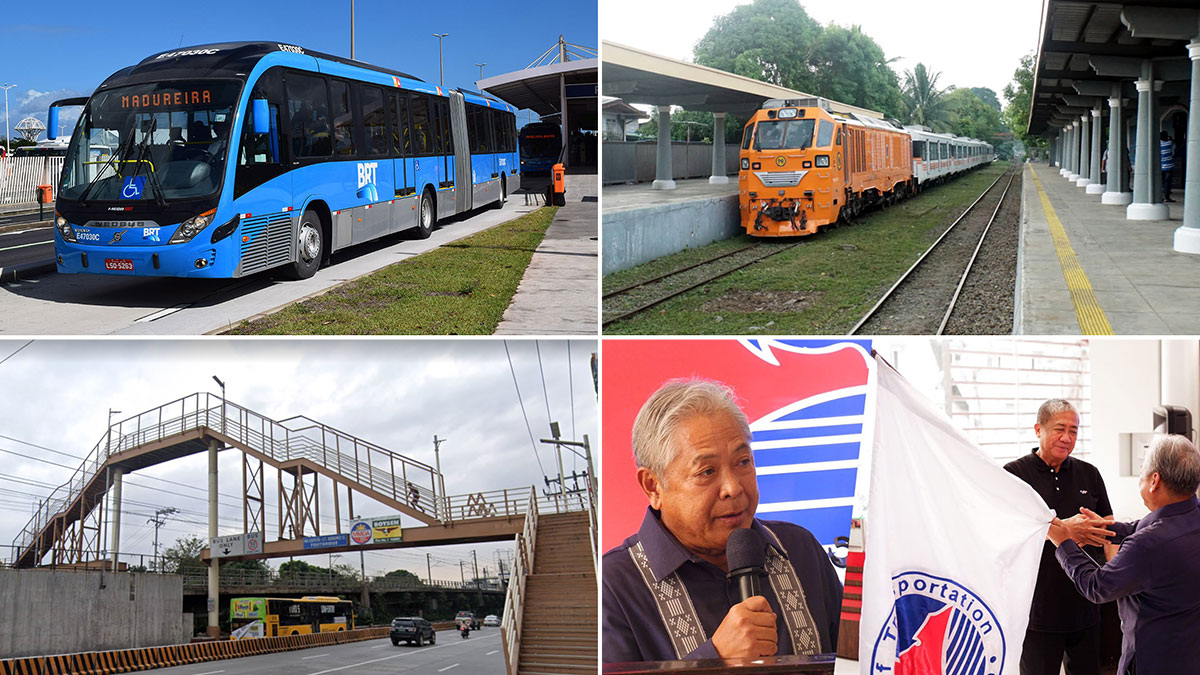