The ultimate track toy
by Stephen Dobie | Aug 8, 2021
CAR BRANDS IN THIS ARTICLE

A warning: If you’re not a fan of: a) infinitesimally different Porsche 911 variants, or b) anything associated with the Nürburgring, look away now, lest your blood pressure rise to worrying levels. If either (or both) of those things make you tick, though, then welcome to what may be peak car for you: the Porsche 911 GT2 RS Clubsport 25.

In short, it’s a track-only 911 special inspired greatly by ‘Grello,’ the green and yellow 911 GT3 race car (pictured below) run at the ’Ring 24 Hours by Manthey Racing, a team just in the process of blowing out 25 candles on their birthday cake. COVID-safely, of course. 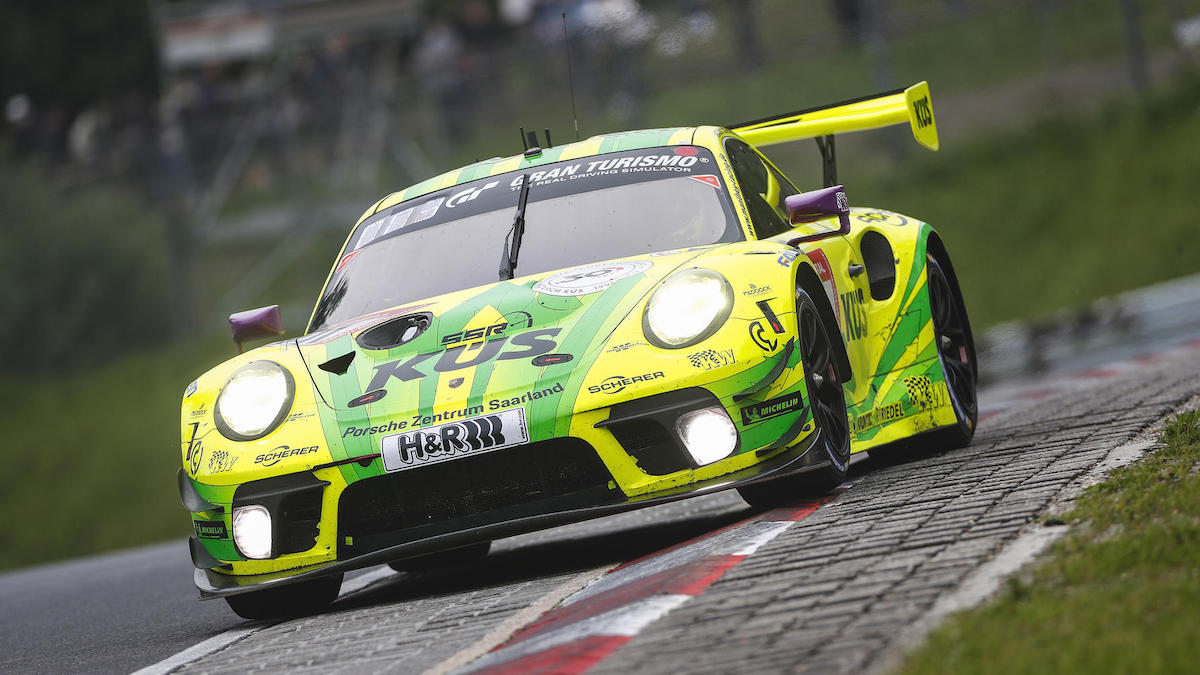 “Porsche Motorsport and Manthey have won many races and championships since the team was founded 25 years ago—for example, seven times the 24 Hours at the Nürburgring,” says Matthias Scholz, Porsche’s GT Racing Cars boss. “Since 2013, the two companies have been closely affiliated.

“The 911 GT2 RS Clubsport 25 is the perfect circuit racing car for ambitious private drivers, and it’s an impressive example of engineering skill.” 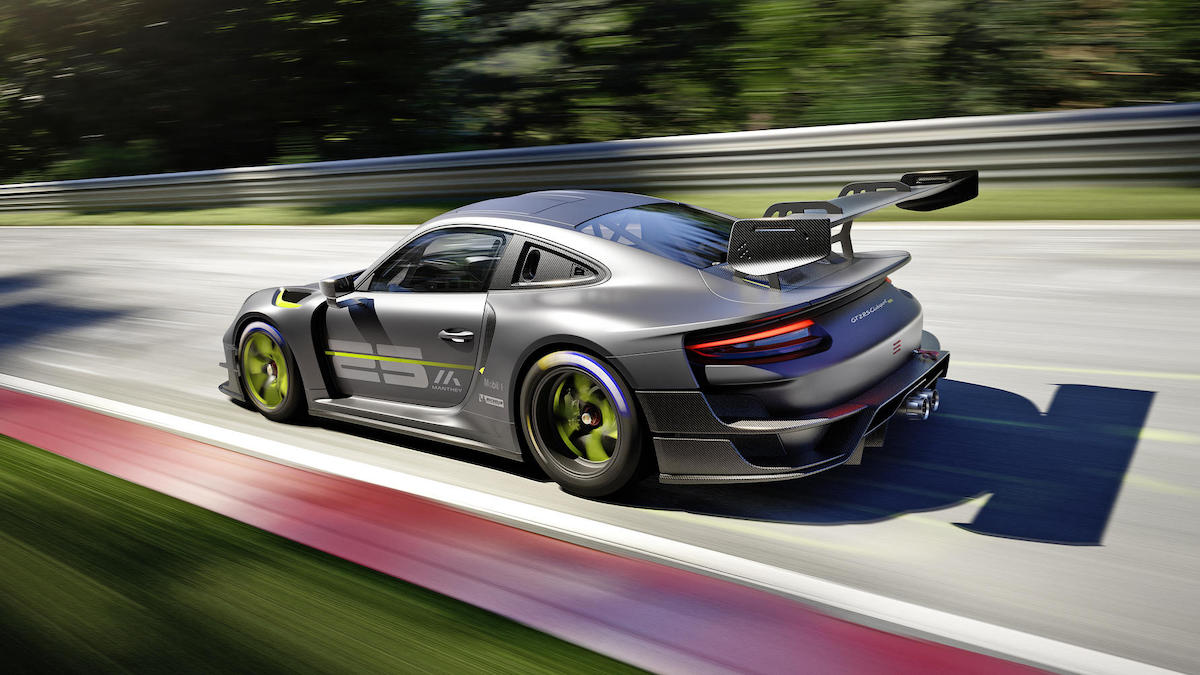 It’s fundamentally quite similar to the Porsche 935 of a few years ago—a 911 GT2 RS Clubsport in a new costume, albeit not one so willfully retro this time around. Yes, this does all mean its core is effectively an old-gen 911.

“It amalgamates the respective strengths of each partner into one racing car,” we’re told, “and at the same time bridges the gap between the 991 and 992 model generations of the 911.”

Manthey came with the technical ideas, while Porsche designed it. So, what we have is the ultimate expression of Porsche 911 design, with race influence galore, not least yellow and green accents for all the Grello fans to enjoy. Really got your anorak buttoned up? You’ll have spotted headlamps hoicked from an unsuspecting 911 RSR Le Mans race car. 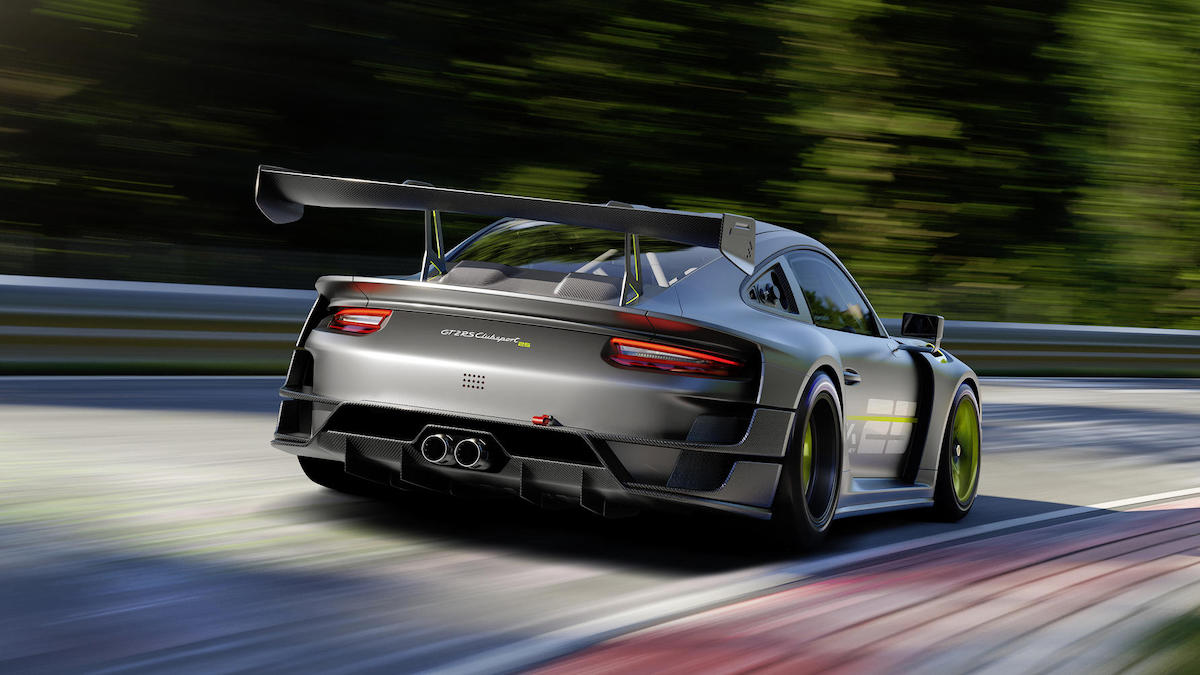 The spec is similar to that of the modern-day Porsche 935: A 3.8-liter twin-turbo flat-six provides 690hp and slings it at the rear wheels via a seven-speed PDK gearbox. Expect 0-100kph in 2.7sec and a top speed north of 320kph.

But it’s all the carryover thinking from Manthey’s racing exploits that elevates this Clubsport into something new. The underbody is all closed off. A centrally mounted radiator improves engine cooling. A square-jawed new front splitter brings yet more downforce. Air vents on the frunk lid funnel hot air over the roof and the simply spectacular rear wing. A NACA duct up front feeds cool air into the cabin, while an almighty diffuser at the back incorporates a new exhaust system. 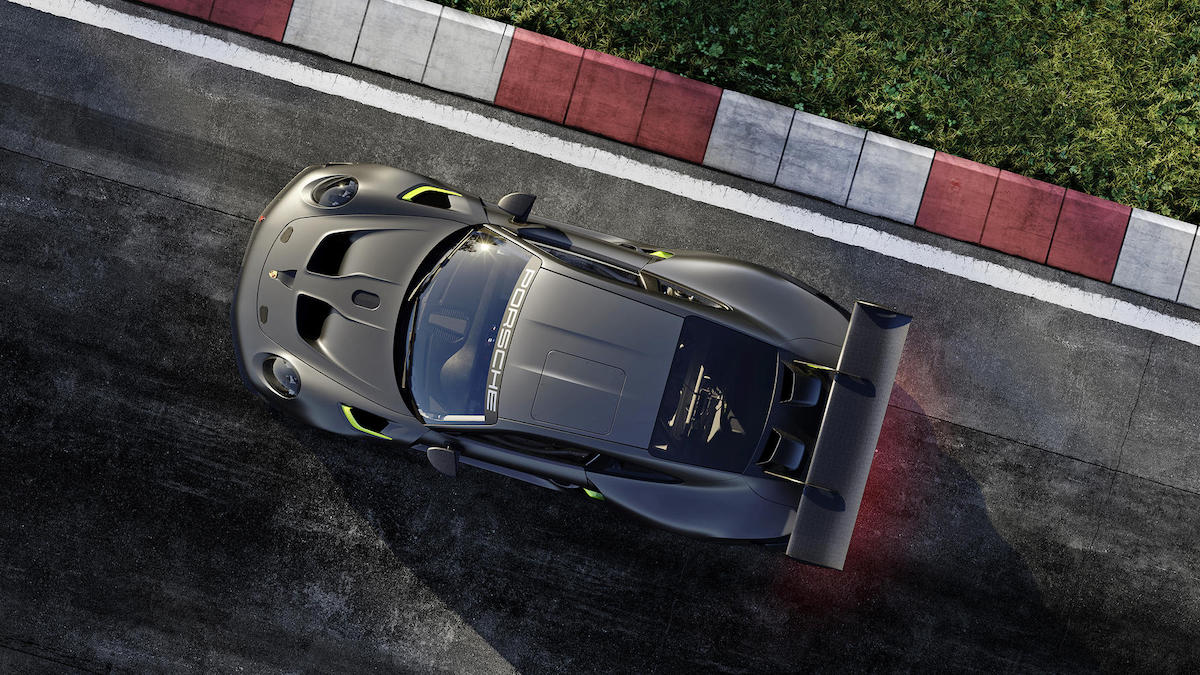 Steering and suspension setups are shared with the 935, as are the 18in center-locking wheels perched on either end of wider tracks. But Porsche asserts that this car has its very own character—“straightforward and meticulous, flexible and uncompromising”—which does sound a little like gobbledegook when you really think about it.

But let’s not get hung up on that. If this thing isn’t utterly enthralling on track, the world has probably ceased turning on its axis. 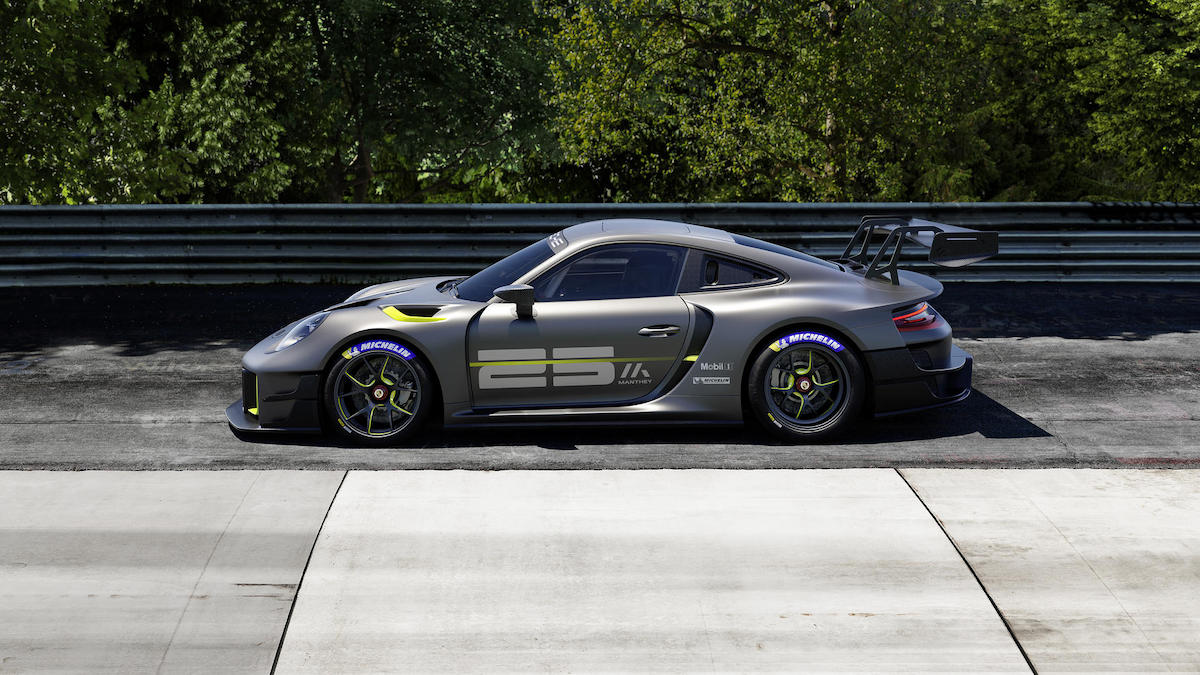 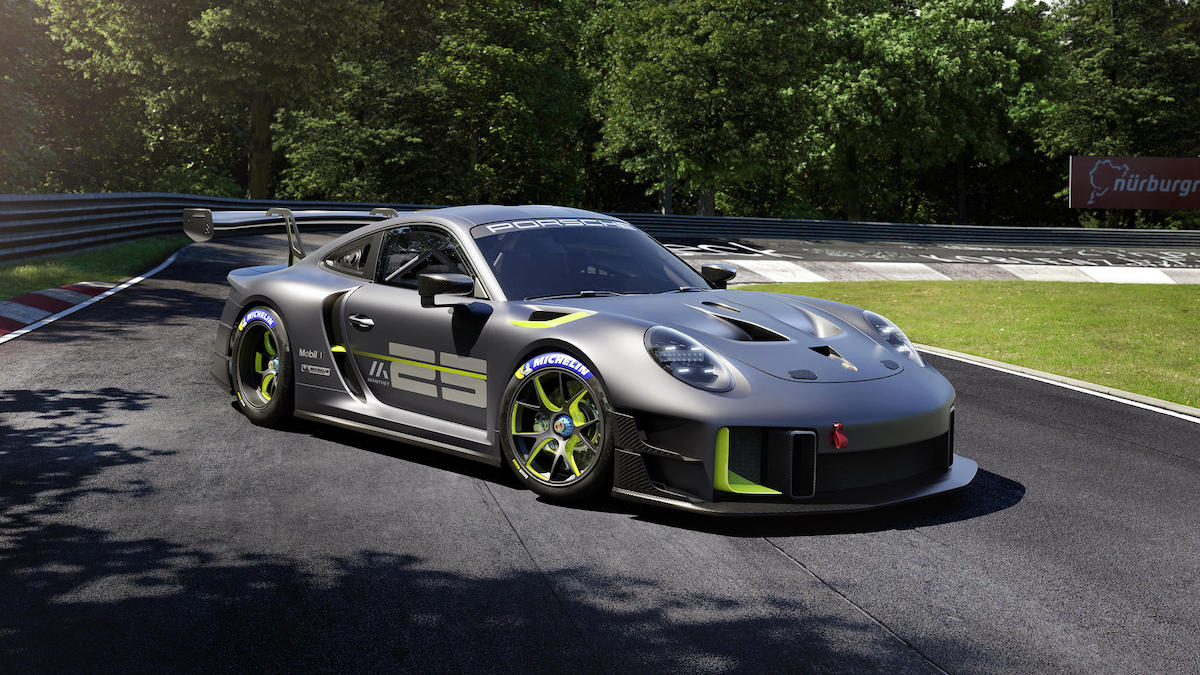 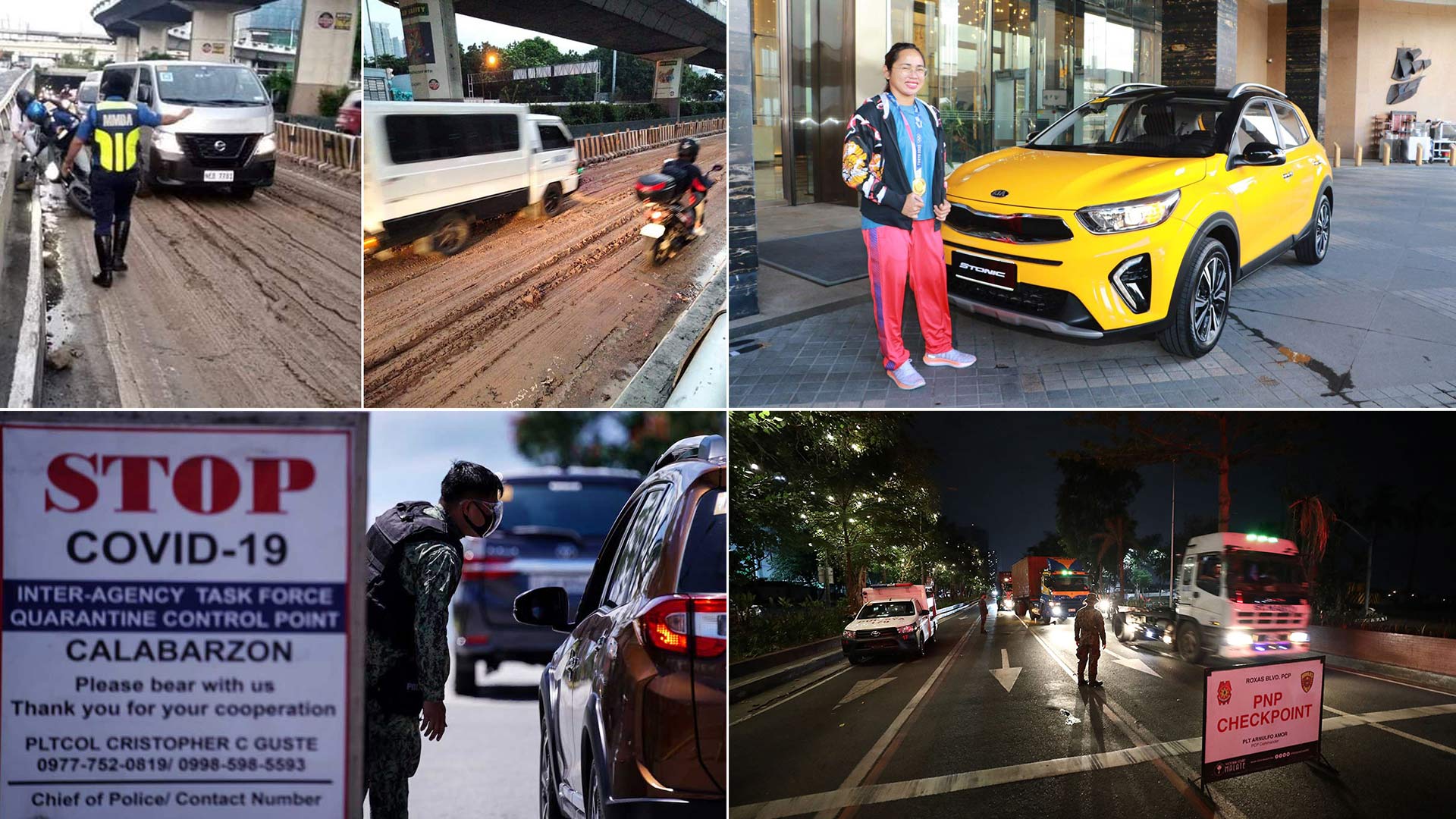