It's almost unfair on the rivals
by Ollie Kew | Sep 1, 2019
CAR BRANDS IN THIS ARTICLE

So, it’s still a 911. It’s still got a 3.0-liter twin-turbo flat-six dangling out of its bottom—with a bit less power than the Carrera S. But, the cars Porsche handed out to test had been beaten black ’n’ blue with the options stick...

Hold on. How much ‘less power’ are we talking? 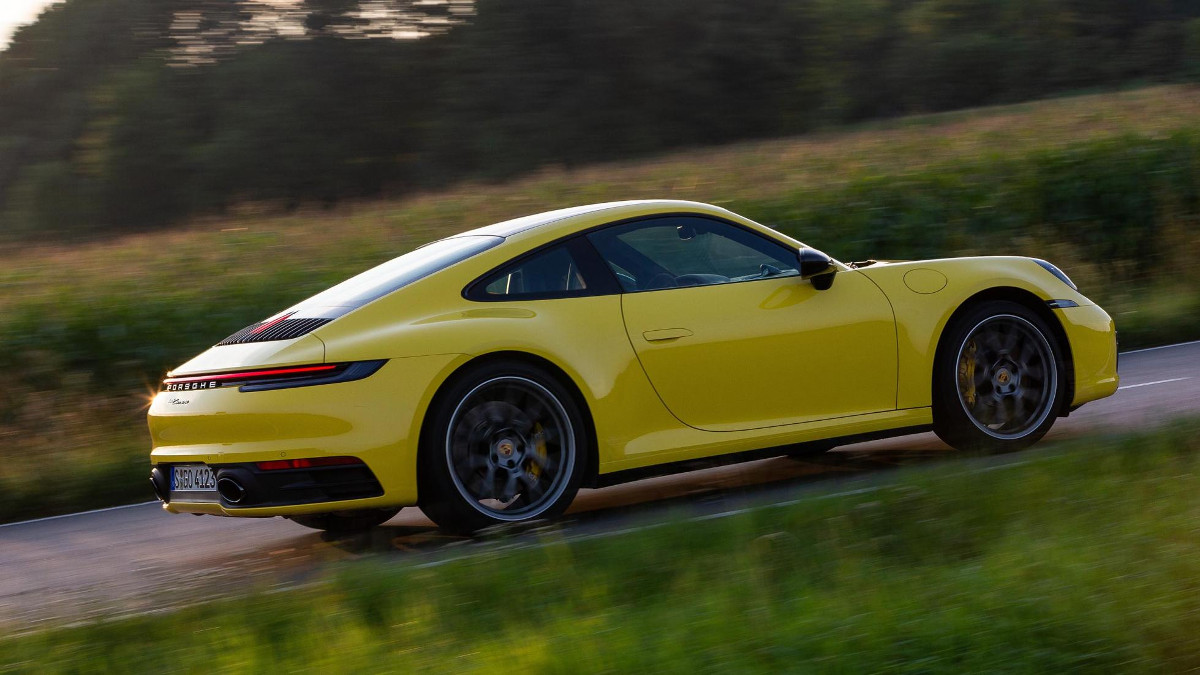 On paper, quite a chunk: It’s down 62hp and minus 80Nm. But that only looks like a lot because we’re all totally spoiled by modern fast cars. This entry-level 911 chucks out 382hp and 450Nm. That’s plenty for an everyday GT-sportster.

More that fast enough. Nil to 100kph in 4sec. Half a second slower than the S. Don’t sulk. It’s taken you more than half a second to read that sentence. This boggo 911 would dust a Ferrari 360 Challenge Stradale in a drag race, if the Fandango’s clutch held out. It’ll top out beyond 180mph. For even more reverse-snob factor, ditch the Sport Chrono pack, lose the tarty dashboard stopwatch, and take a whole 4.2sec to reach 100kph.

Does it feel quick enough?

Bloody hellfire, yes. It’s effortlessly rapid. Nigh-on no turbo lag, loads of torque, and unimpeachable traction mean that this standard bread-and-butter Carrera is a violently quick bit of kit. Walk up to it from the front, hop in, belt up, and set off—and honestly, you’d never know there wasn’t an ‘S’ on the rotund backside. If this isn’t quick enough for your everyday sports car, either seek medical help or set earlier alarm calls.

And now’s the time when you tell me it’s so much sweeter to drive and cooler to pick the ‘non-S’ Carrera? 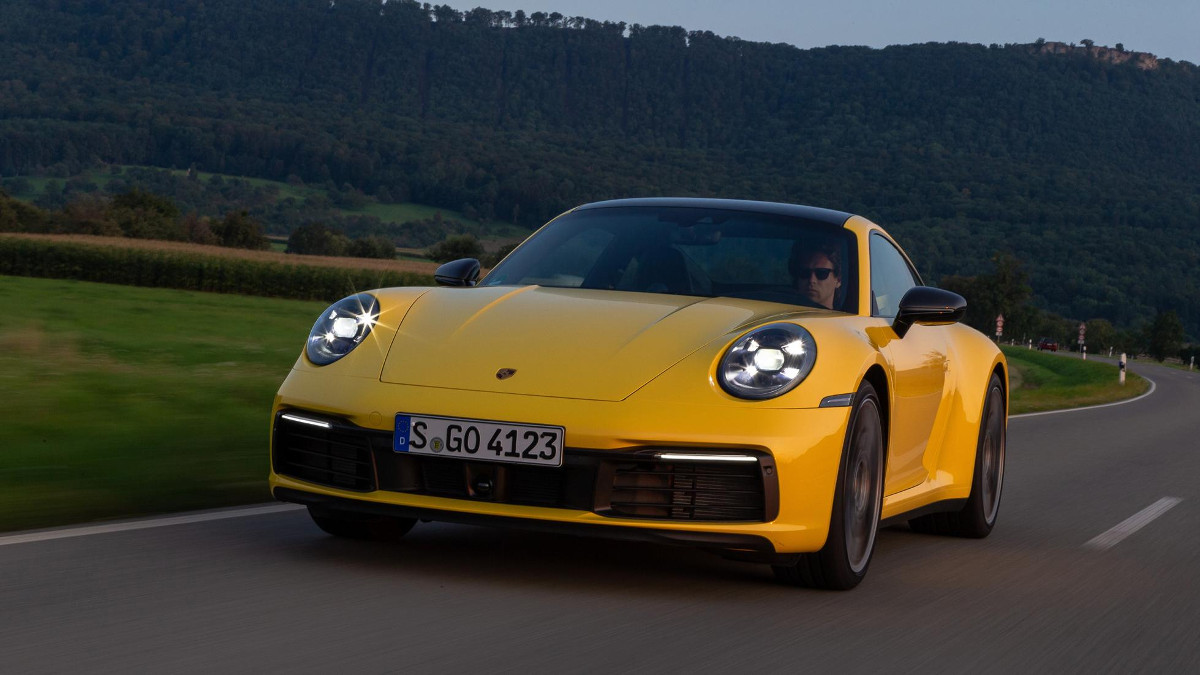 Not quite. Wanted to mention the noise first. For a while, I couldn’t put my finger on why the 911 Carrera barked a better tune than I remember the Carrera S managing. A bit more raucous and hard-edged as it barreled toward 7,000rpm.

Then the penny dropped. It doesn’t sound any different. From outside, with its new exhaust filters on board, it’s actually fairly muffled. But inside, with sports exhaust deployed, the Carrera is taking those few tenths of a second longer to get to every gear change, and every speed limit. A smidge longer to indulge in the noise, then, before the police would like a word and the contents of your wallet. It’s a tiny detail, but on the road, it’s what counts. It’s part of what makes the Carrera a better sports car.

Still a sports car, or just a big, soft GT?

It can still do the sports car hustle, but you’ve got to be traveling so fast for the 911 to feel alive beneath you—it’s just not doable, not sociable, not possible on the road. Not on any roads in Western Europe, anyway. Maybe the next one should be tested in the Australian Outback, or Siberia.

But for anyone who says, “It’s just a two-door Panamera now,” that’s unfair. Yes, it’s too bloated and intimidating to fling down the roads last-gen narrow 911s would revel in, but for its class, it’ll still out-point an AMG GT or a Jaguar F-Type on an actual real-life road. Just. 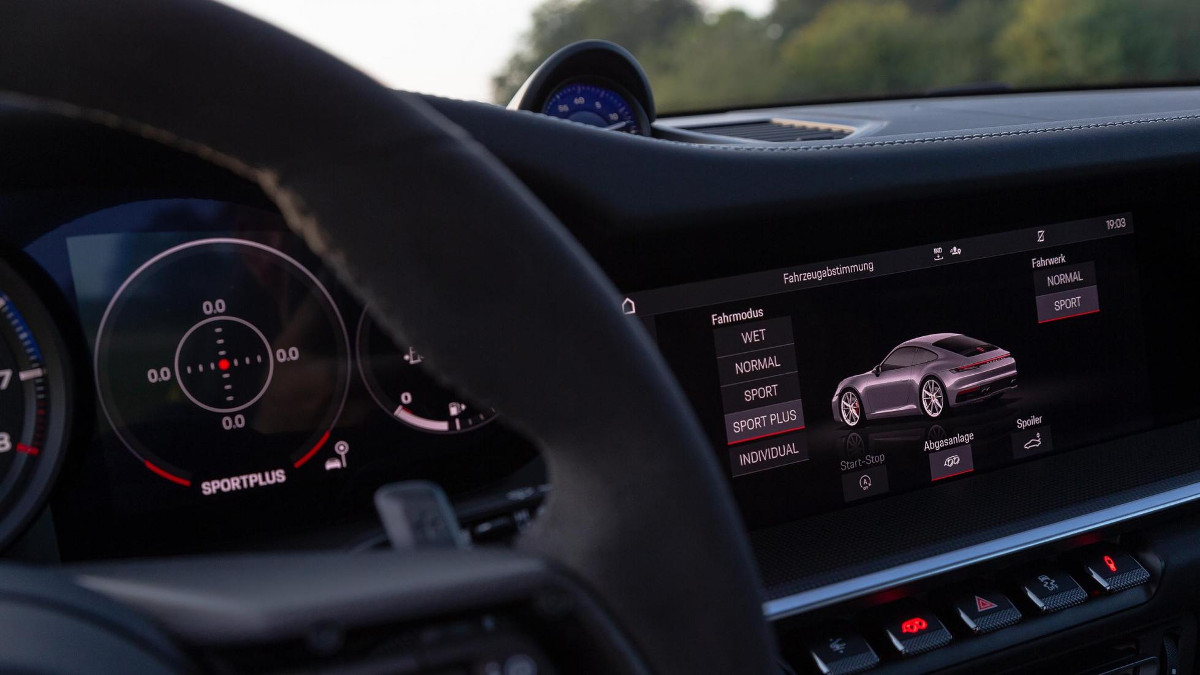 There’s no doubt it’s a much more stressful car to drive swiftly than it used to be, though, which is weirdly at odds with how competent and clever the Carrera has become. What was once the widow-maker of sports cars is now intent on looking after you.

Right, let’s hear about these options.

Suffice it to say that these were not basic 911 Carreras. For a kick off, the single most interesting change from the S—the wheels going down a size to 19-inchers at the front and 20-inch rollers out back along with smaller brakes—had been negged by Porsche fitting optional 20/21-inch rims to its test cars. And ceramic brakes. Like you get on a GT2 RS. 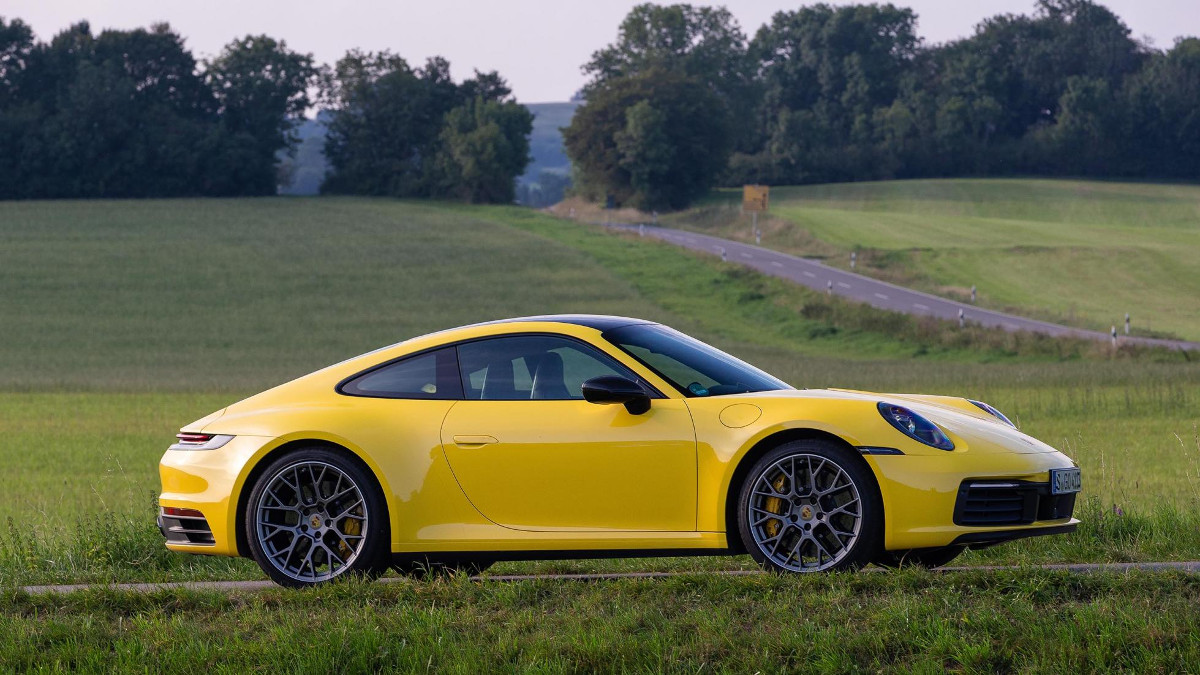 Meanwhile, the Carreras had been treated to optional adaptive suspension. The aforementioned sports exhaust. And because the factory hasn’t kicked off manual gearbox manufacture yet, each Carrera had the optional (and downright spectacular) PDK paddle-shift gearbox.

Now, Porsche’s logic here is simple: It’s not to blind us with pricey extras. It’s to lay on cars that people actually buy.

Turns out that most people who buy a 911 Carrera do indeed choose the auto gearbox, and bigger wheels. Plenty of folks sign up to a sports exhaust, understandably. So, these were relevant examples. But there’s no doubt that, besides a slightly less neck-snapping journey to the next corner, they barely felt any different to a Carrera S. Why would they? 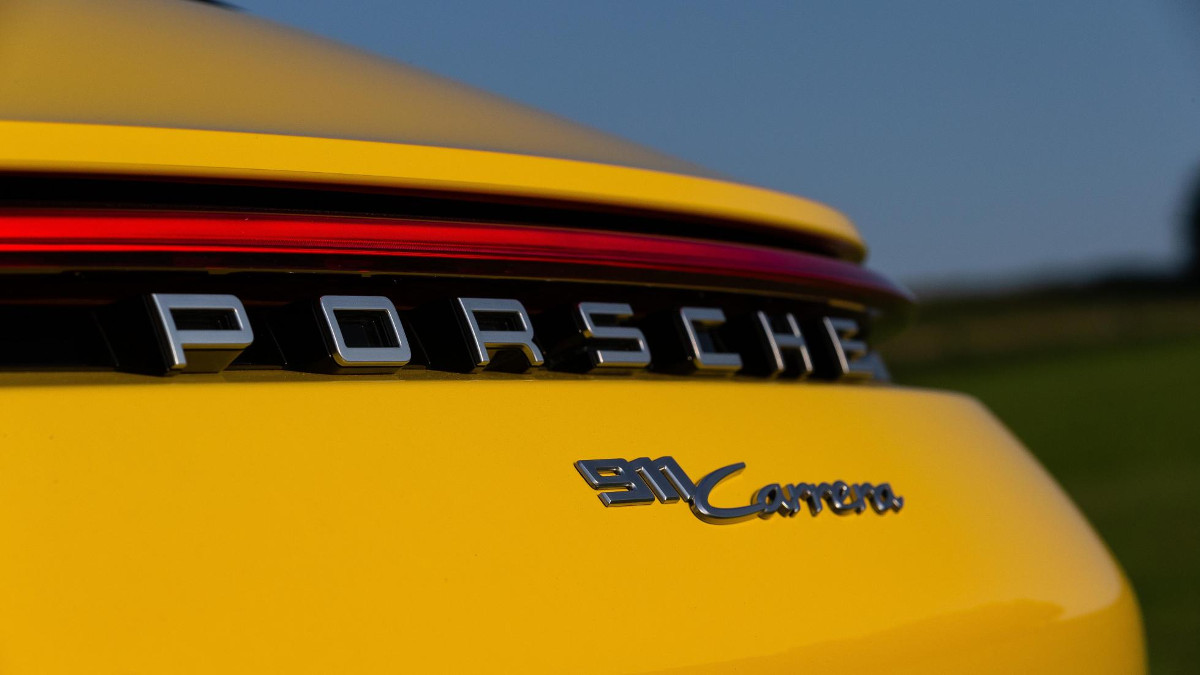 No doubt this is a fabulously accomplished car. It’s so complete that it’s almost unfair on the rivals, but then again, Porsche has been at this game a while.

Even so, it’s not perfect. In fact, it’s the 992’s relentless quest to be demonstrably faster and ‘better’ than the last 911 that hobbles it. It’s wider. It’s got bigger, noisier tires. It’s faster. Tick, tick, tick. None of those things make it a more enjoyable road car, though. Just one that’s easier to brag about by pretenders who never even have the balls to pin it in Sport Mode.

In short, I’d be lying if I definitively told you that the 911 Carrera is a sweeter all-rounder than the Carrera S. But the suspicion is definitely there, and given that it’s easily fast enough, comes with just as beautifully appointed an interior, looks identical, and costs considerably less, it’s where our money would go. Save yourself the extra ten grand. Honestly, you don’t need the S*. You just don’t.

*Obviously, we’re still quite excited about the new 600hp+ 911 Turbo. But that’s just one of life’s little hypocrisies... 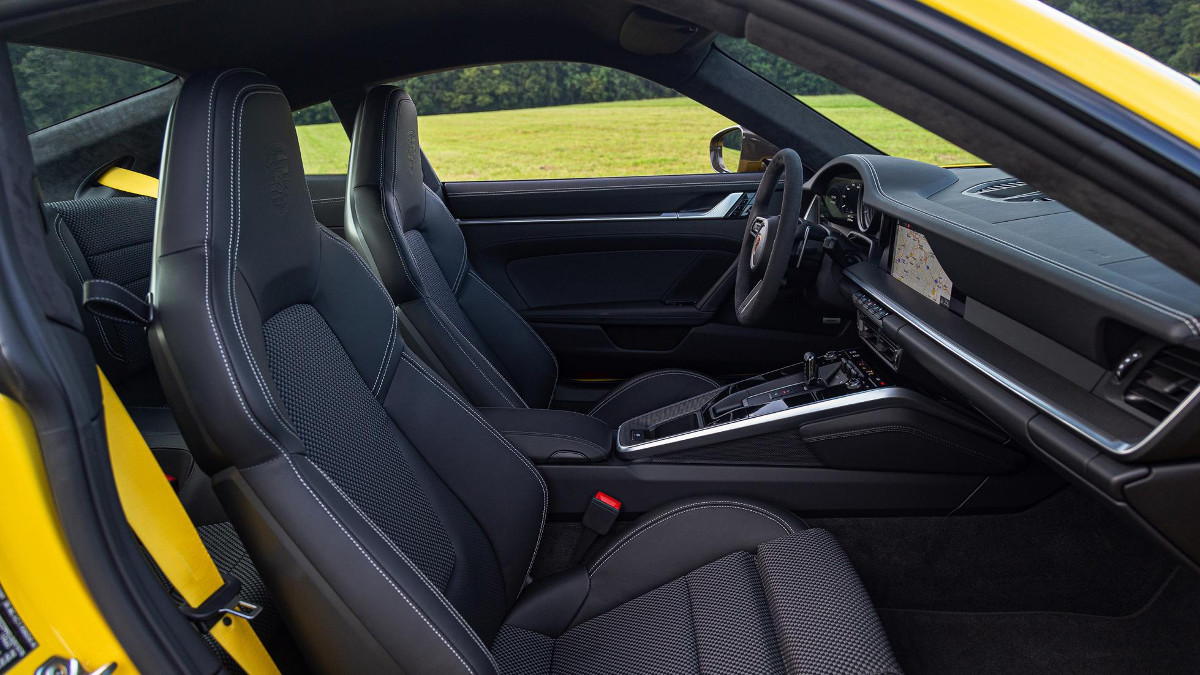 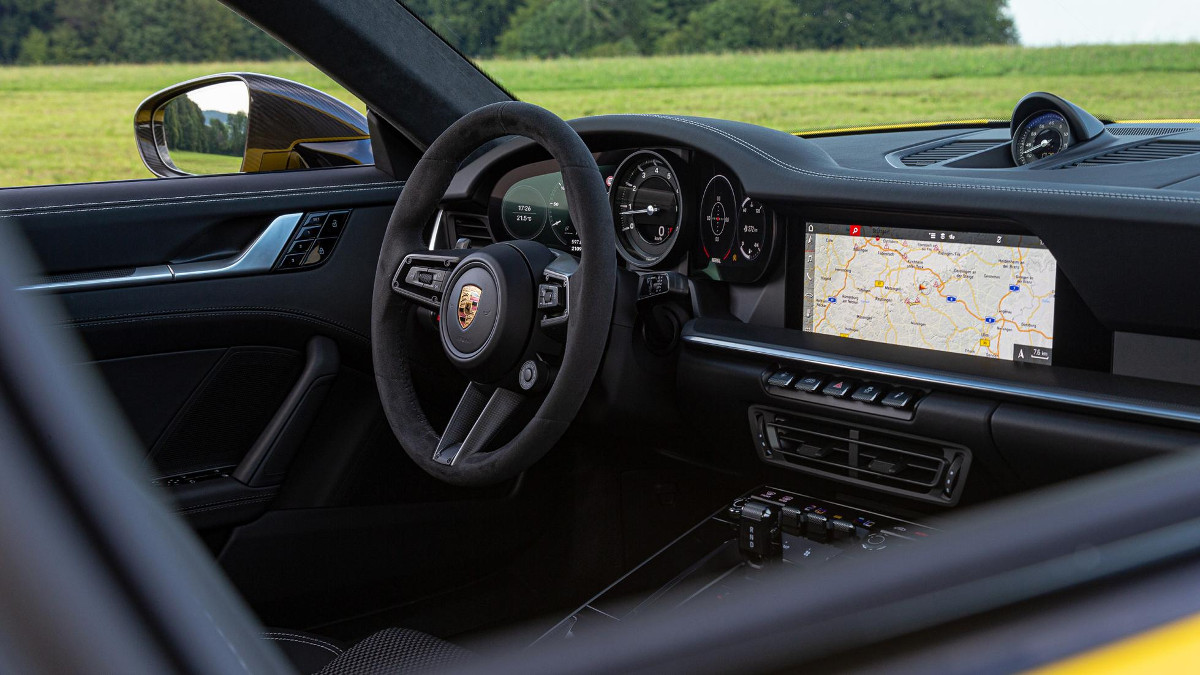 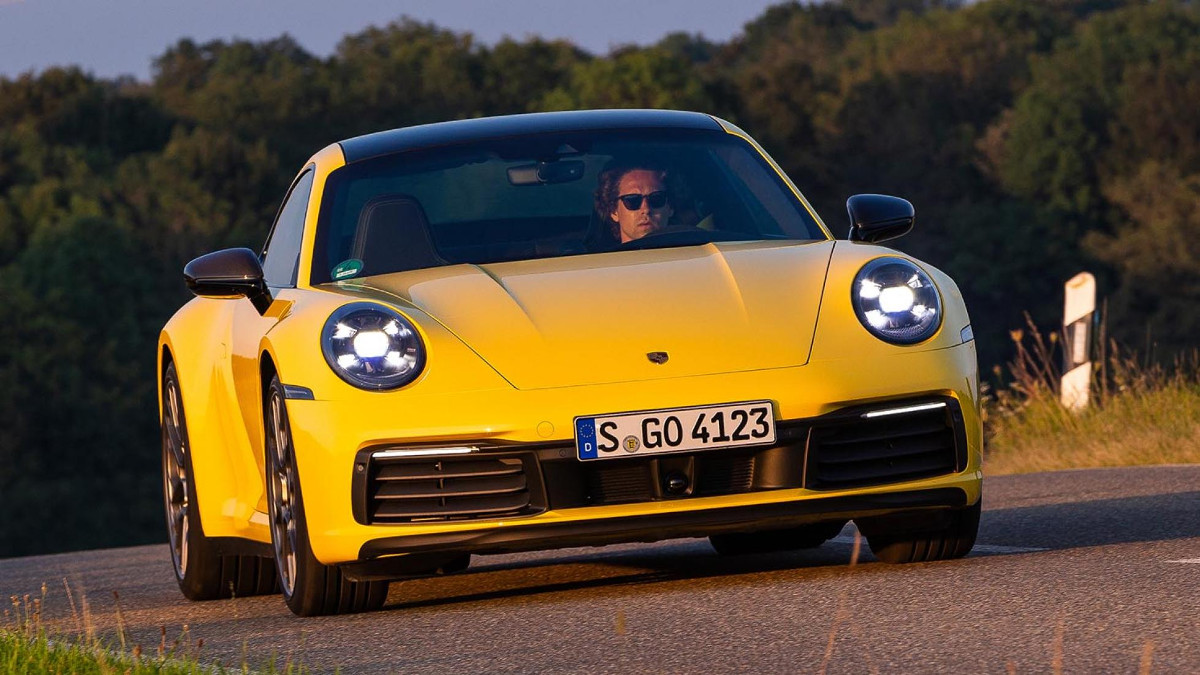 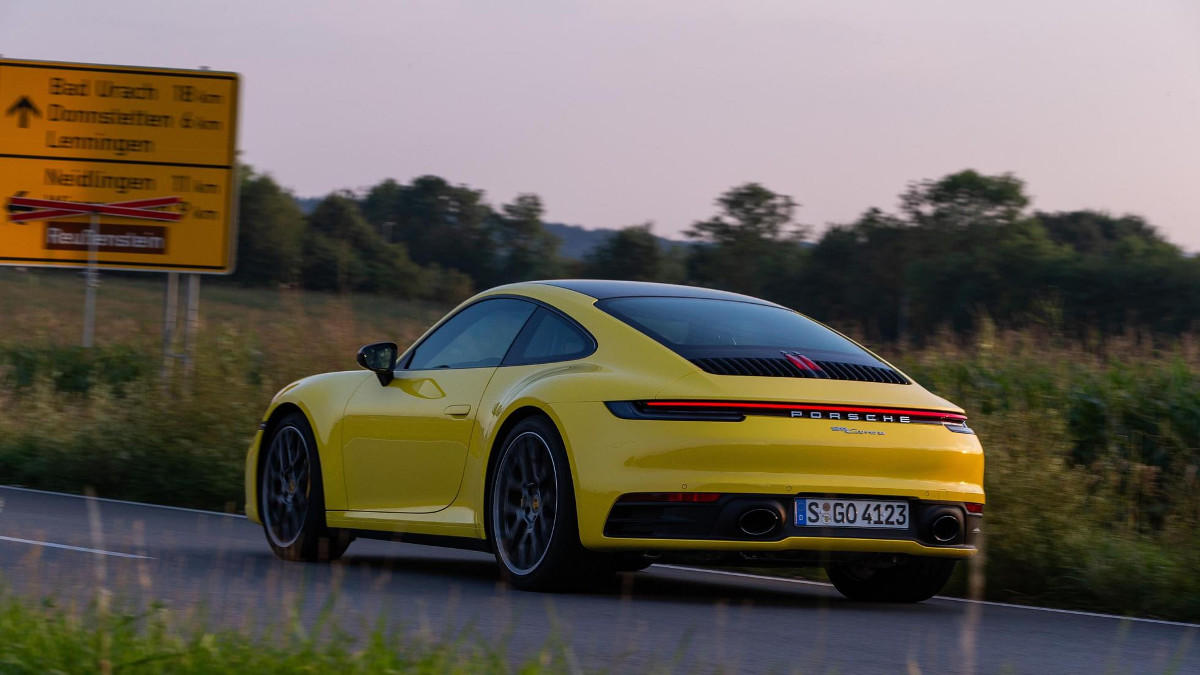 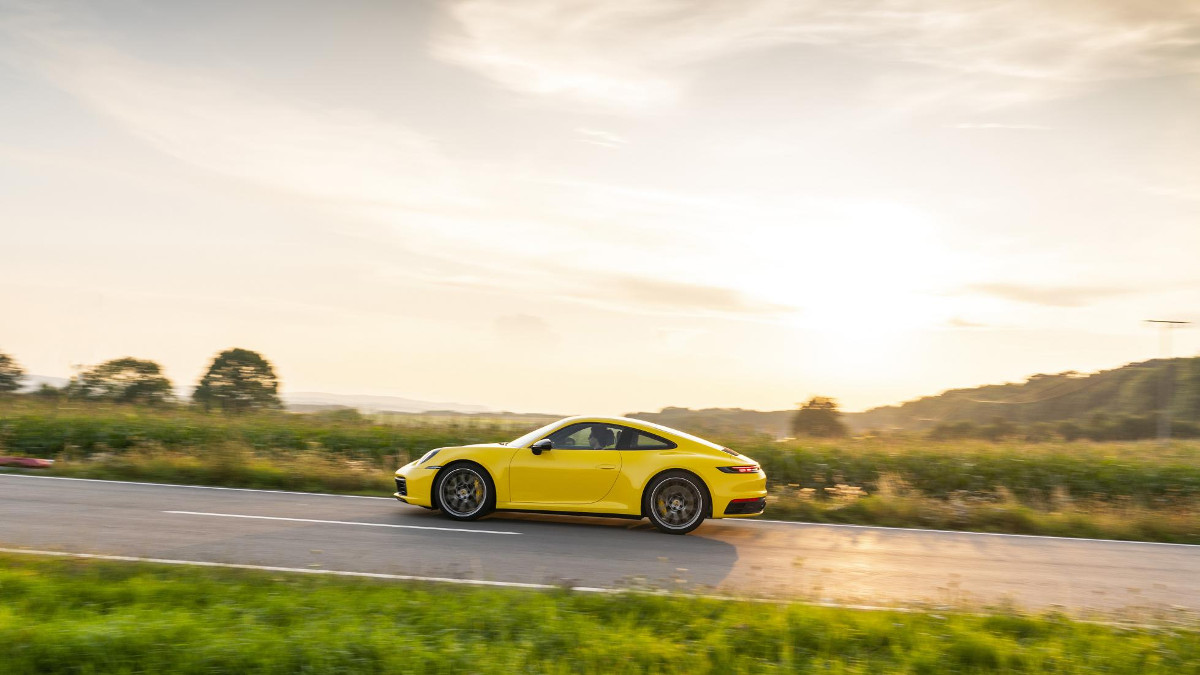 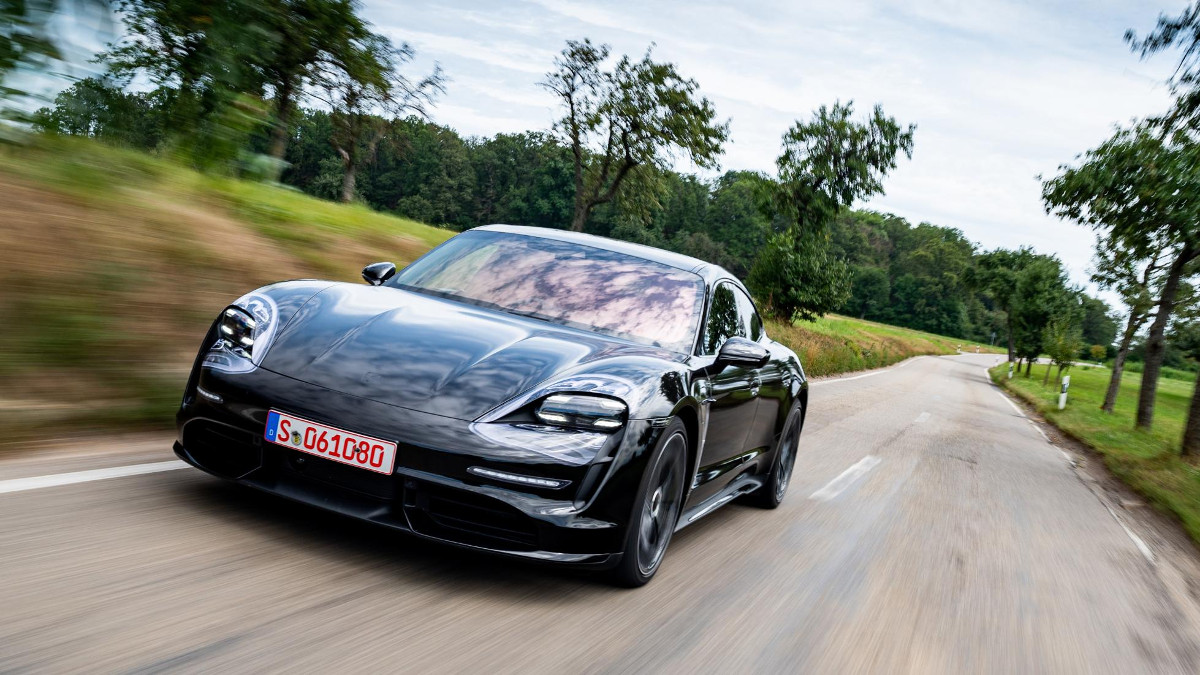 First drive: 2020 Porsche Taycan
View other articles about:
Read the Story →
This article originally appeared on Topgear.com. Minor edits have been made by the TopGear.com.ph editors.
Share:
Retake this Poll
Quiz Results
Share:
Take this Quiz Again
TGP Rating:
/20