The colorful history of the Ford Motor Company

It changed the automotive industry for good
by Tom Harrison | May 9, 2020
CAR BRANDS IN THIS ARTICLE

What’s Ford, and when did it start making cars? 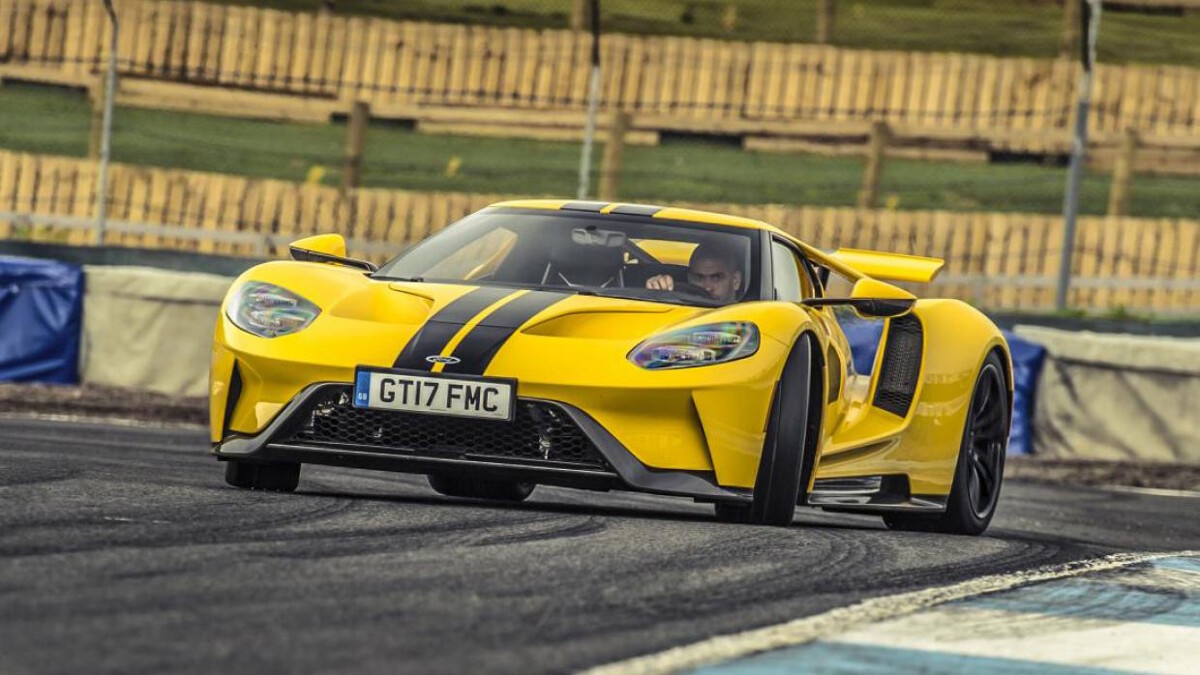 It’s a big, American carmaker that got going in 1903, named for the man who founded it (Henry Ford, whose family is still in control over 100 years later). Headquartered in Detroit, Michigan, Ford makes some of the best mainstream cars in the world, and has done so (with a few notable exceptions) for decades.

Where are Fords built, and how many does it build a year? 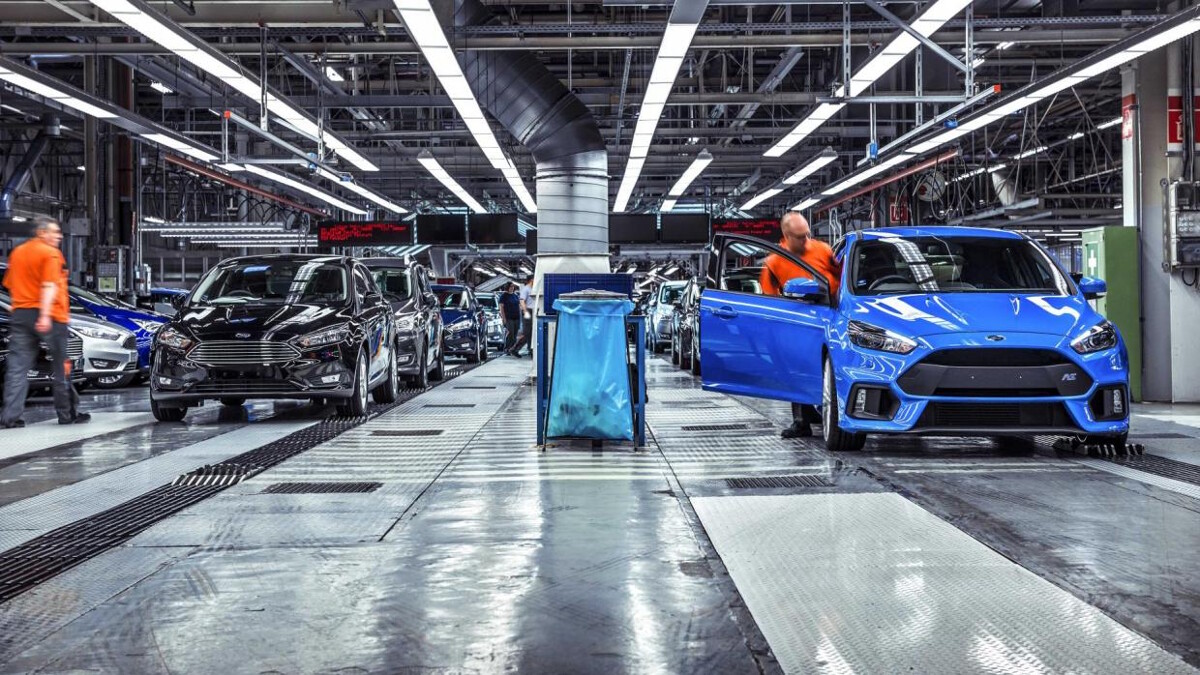 In 2019, Ford sold around 5.5million vehicles, down from 6 million in 2018 and 6.6 million in 2017. That’s more than the likes of Hyundai, but some way behind the almighty Volkswagen and Toyota.

What cars does Ford build? 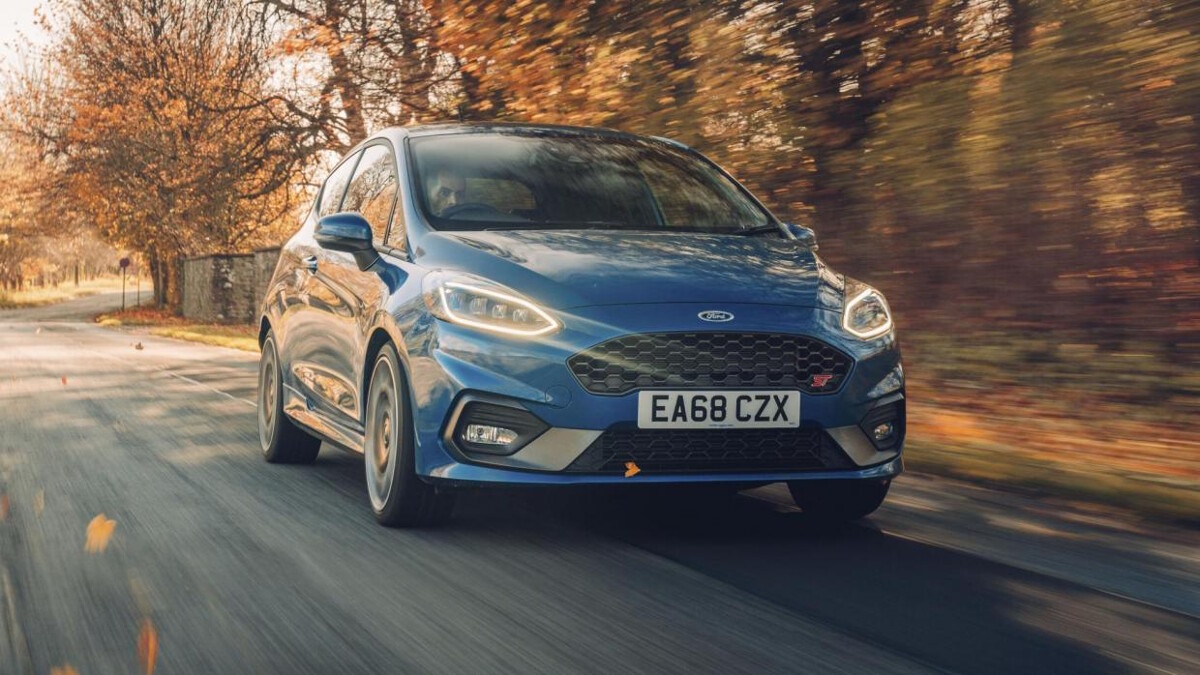 The Fiesta is one of its most popular and best-selling cars, especially in Europe. Justifiably, too, because though competition from the French, Koreans, and Germans is fierce, it’s still the best of its ilk. Same can be said of the Focus, which, back in the ’90s, cemented Ford’s reputation for building the best-handling ‘ordinary’ cars out there. Today’s Focus isn’t revolutionary, not like its great granddad, but it’s still a very good car.

Top Gear loves a Fast Ford—the Fiesta and Focus ST are mighty. Pity there isn’t going to be another Focus RS, thanks mainly to ever tightening emissions rules.

Ford has been selling Mustangs across the pond since 1964, but only a few years ago made the decision to do right-hand-drive ones. Then you’ve got the GT—the ultimate Fast Ford. Built to win Le Mans (which it did), it car uses a 3.5-liter twin-turbocharged V6 making 660hp, giving a top speed of way over 320kph.

We can’t move on without talking about commercial vehicles—the Transit has been keeping Britain moving since the mid-Sixties, and become a byword for ‘van’ in the process (like Hoover instead of vacuum cleaner, Biro instead of pen and so-on…) while in the States, the F-150 pickup reigns supreme. Last year Ford sold almost 900,000 of them in the US alone.

Ford is behind when it comes to commercially available EVs and hybrids. It does a mild-hybrid Puma, and the new Kuga is available as a PHEV, but its only all-electric car is the Mustang Mach-E. And that’s not even out yet. No electric supermini or hatch yet, and none on the immediate horizon.

What’s the cheapest car Ford builds...and what’s the most expensive? 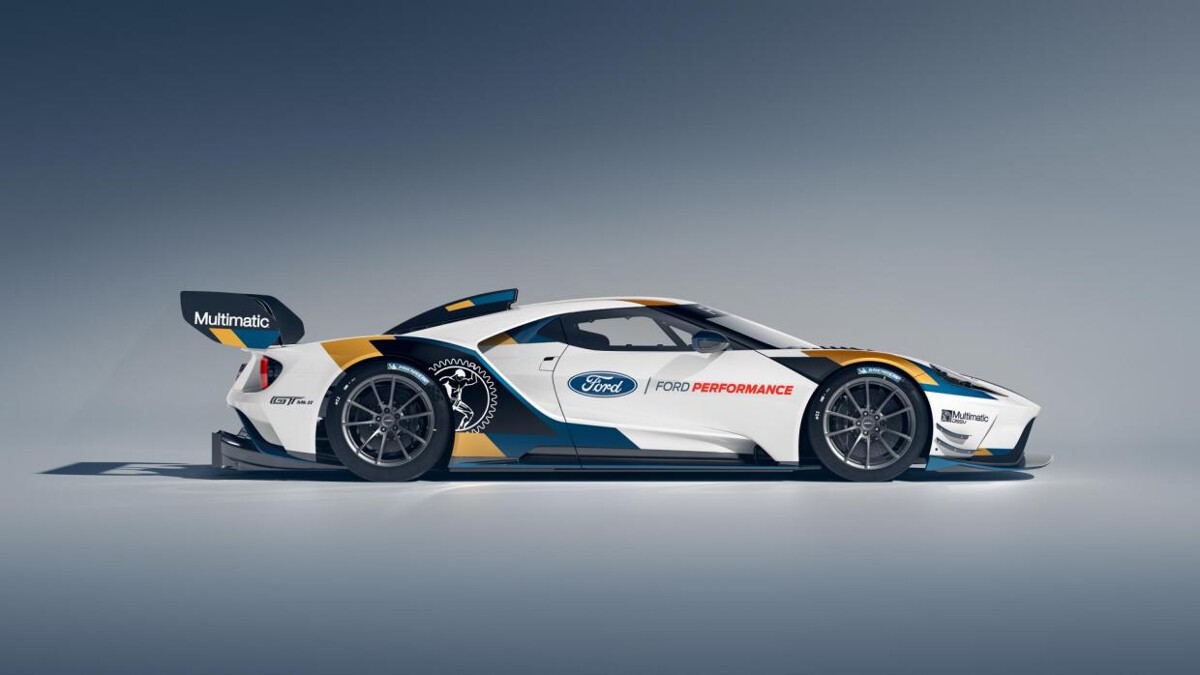 In the Philippines, the cheapest Ford is the EcoSport, starting at P920,000. It was originally developed for South America and Asia, before Ford decided to stick it on sale in beyond those regions, too.

Though based on the then-current Fiesta, the EcoSport was built down to a price for countries that don’t care about material quality and handling as much as they do for utility and price. The Puma, Ford’s other Fiesta-based SUV offering in other markets, is much better.

The most expensive Ford you can waltz into a dealer and buy is the Mustang. You want the V8, obviously.

We haven’t forgotten about the GT. Ford makes prospective owners fill in a lengthy application before it’ll even consider accepting their £450,000 (P28.1 million) or thereabouts. But demand has been so high that, even though the GT is set to be built through 2022, your odds of getting a new one are extremely slim. Same goes for the $1.2-million (P60.5 million) track-only GT MkII—45 will be built, and all are sold.

What’s the fastest Ford ever built? 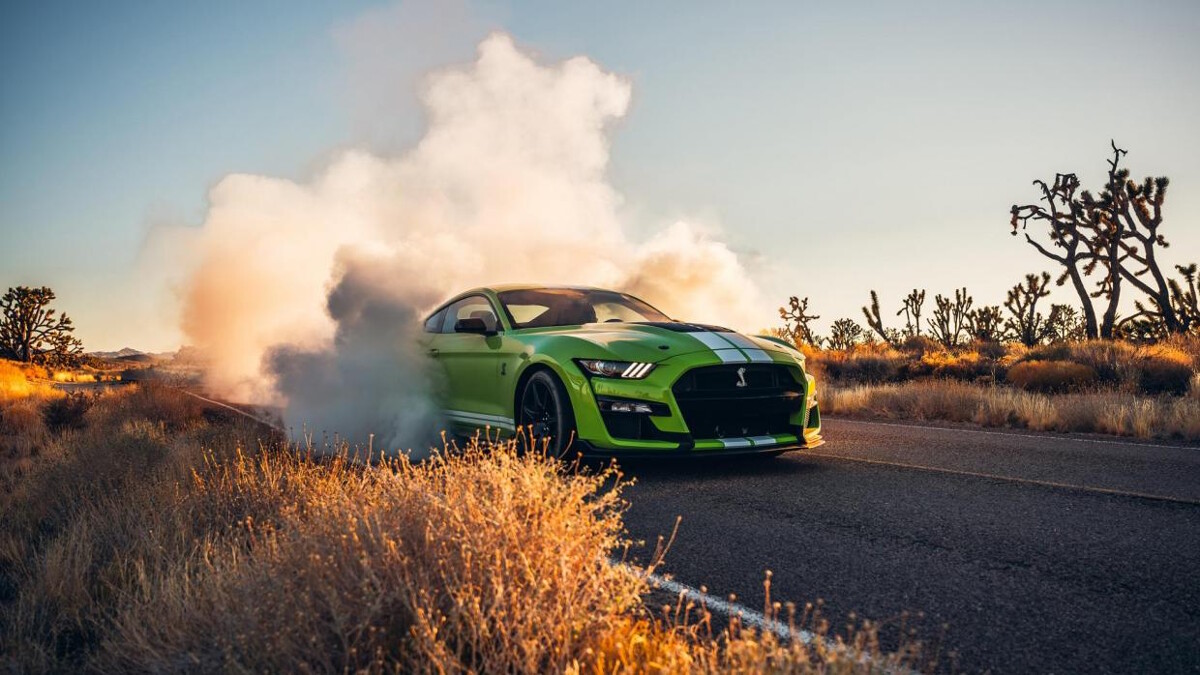 Well, the most powerful road-going Ford is this. The current Mustang Shelby GT500’s 5.2-liter supercharged V8 makes 760hp and 846Nm of torque, helping it reach 60mph (97kph) from rest in the low- to mid-threes and (we’d imagine) smash forcefully into its 290kph limiter.

The GT500 might be 100hp up on the twin-turbo V6 GT, but of course it’s several hundred kilos heavier. So the GT is faster—Ford says it’ll do 0-60mph in less than 3sec, while its slippery body means it can reach 348kph all-out.

The GT MkII isn’t eligible for any race series, nor can it be driven on the road. Multimatic (the company that actually builds GTs, and co-developed the MkII with Ford) chief technical officer Larry Holt explains: “The road car is obviously limited by the many global homologation requirements that it must comply with, and the race car suffers from the restriction of the dreaded Balance of Performance, resulting in it being 150hp down to the road car. The MkII answers the regularly asked question of how would the car perform with all the limitations lifted.” It has over 700hp, but actual performance figures haven’t been disclosed.

Before we move on, an honorable mention for the RS200 rally car of the mid-’80s. Purpose-built by Ford to compete in Group B rallying, the Evo version’s 2.1-liter four-cylinder turbocharged engine made 580hp, but was theoretically capable of producing an astonishing 800hp. For some 12 years, the RS200 held a Guinness World Record for the fastest-accelerating car, with a 0-60mph time of 3.07sec. 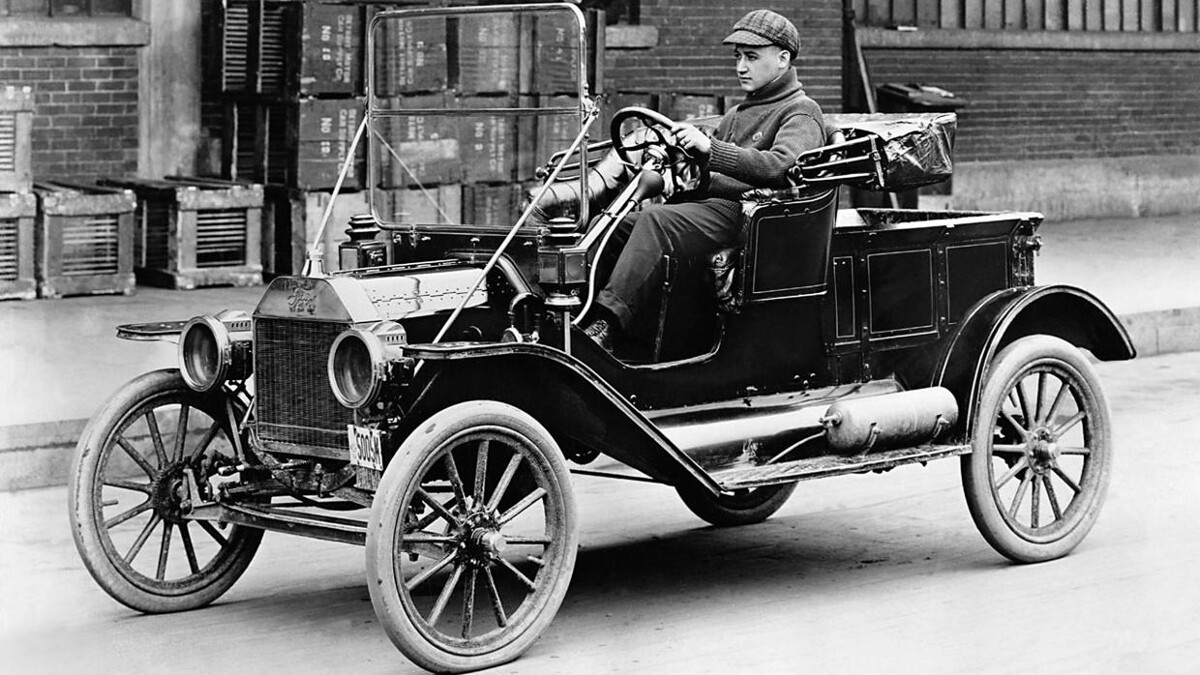 Ford did not invent mass production, but it did revolutionize the industrial landscape by inventing the moving assembly line.

By breaking the manufacture of the Model T down into 84 steps, performed by workers stationed along a moving production line (about six feet per minute in 1914), Ford cut the time taken to build a single car from 12 hours down to just 90 minutes. This meant it could cut the price of the Model T from $850 to less than $300, double its workers daily wage to $5 (so they could actually afford the cars they were building), and still make a profit.

By the time it went out of production in 1927, half the cars in the world were Model Ts, 15 million having been built in its 19 years on sale. This really was the car that put the world on wheels. Affordable and easy to maintain, it sparked a massive cultural shift that quite literally changed the world. 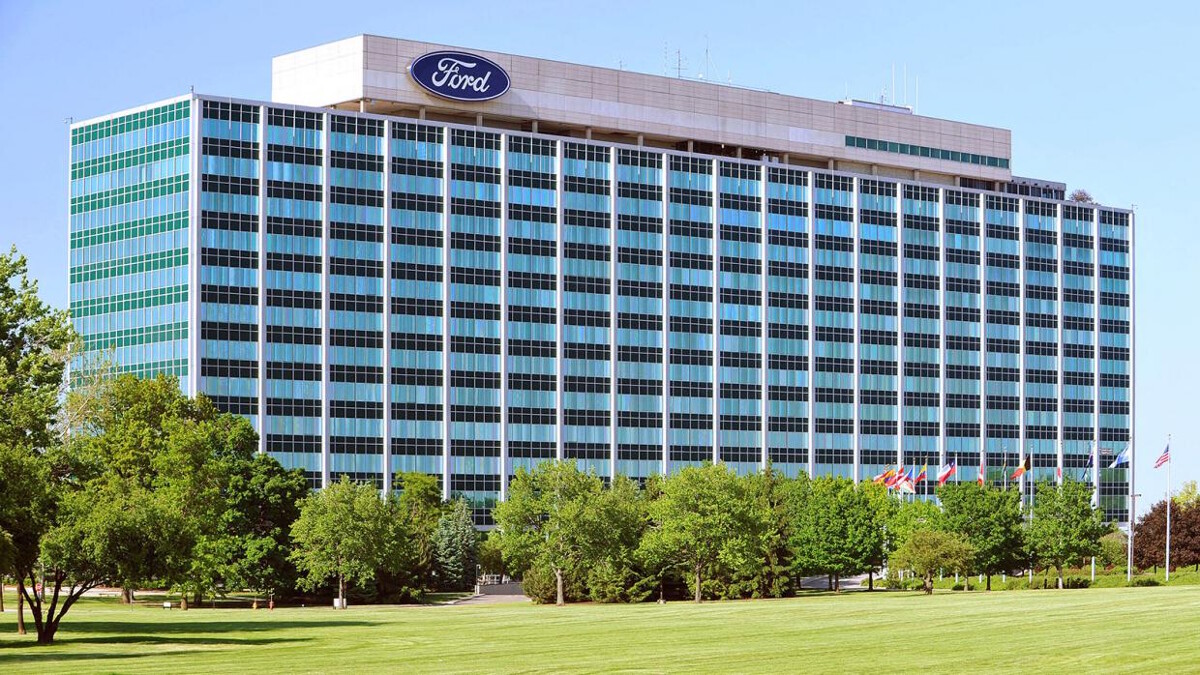 Ford has been involved in its fair share of controversies. In the ’70s, for example, it was alleged that the then-current US-market Pinto had a dodgy fuel system, which could rupture and cause a fire if the car was rear-ended. Magazine Mother Jones claimed Ford knew of the problem, but calculated it would be cheaper to pay injury claims than re-engineer the car. After a number of court cases, some 1.5million cars were recalled and mended.

Then there was the whole debacle in the ’90s, when it was discovered Firestone tires fitted to the Explorer SUV had a tendency to fail at speed. Ford and Firestone blamed each other for the failures, which are linked to a couple of hundred deaths. Firestone recalled 14.4 million tires in 2000, and soon after, Ford announced it would replace another 13 million Firestone tires at a cost of $3 billion. Both companies suffered massive reputational damage, and a business relationship dating back to the Model T was severed.

More recently, in 2008, Ford, GM, and Chrysler were facing insolvency amid the worst financial crisis since the Great Depression. GM and Chrysler both went bankrupt and were forced to accept government bailouts, but impressively, Ford was just about able to weather the storm without running out of money or accepting government aid. 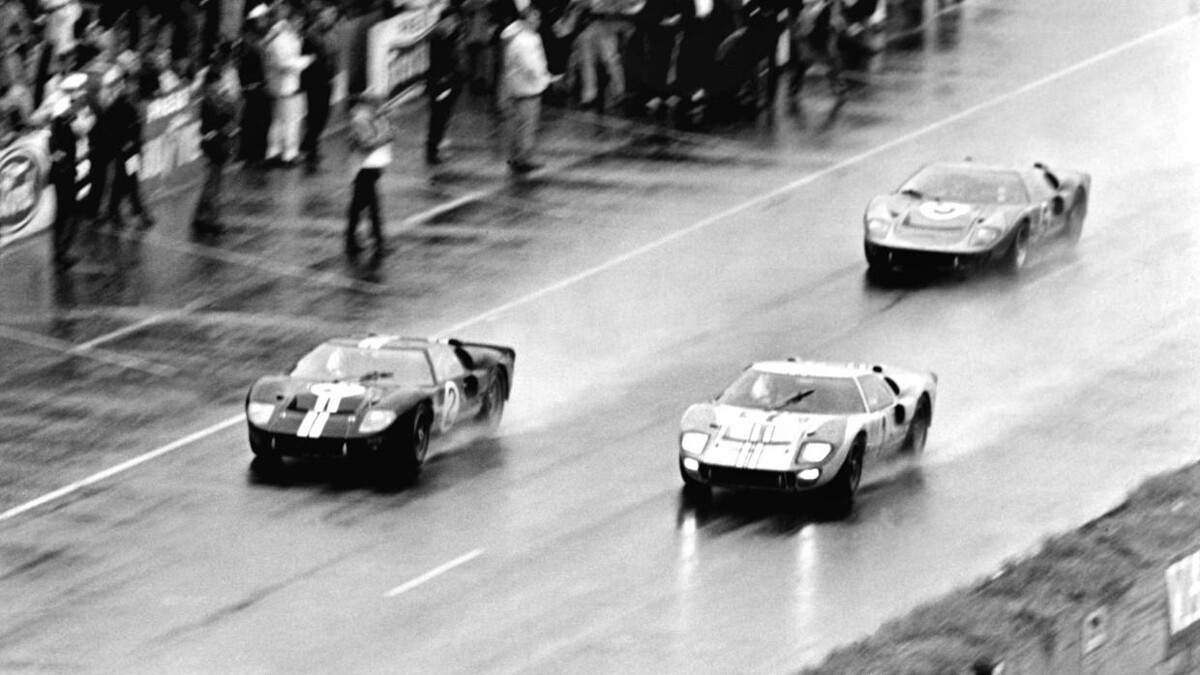 Probably winning Le Mans four times in a row starting in 1966. The story goes, since immortalized by big-budget Hollywood film Ford v Ferrari, that Ford had gotten close to buying Ferrari in the early ’60s, but the Italians backed out at the eleventh hour. Henry Ford II, Ford’s then-CEO and Henry’s eldest grandson, was pissed, so he decreed that Ford would beat Ferrari at its own game—the 24 Hours of Le Mans. And so began one of the most bitter rivalries in the history of motor racing.

Ford returned to Le Mans in 2016 with the then-new GT to once again take the win (class this time, not overall), some 50 years after it had first done so. 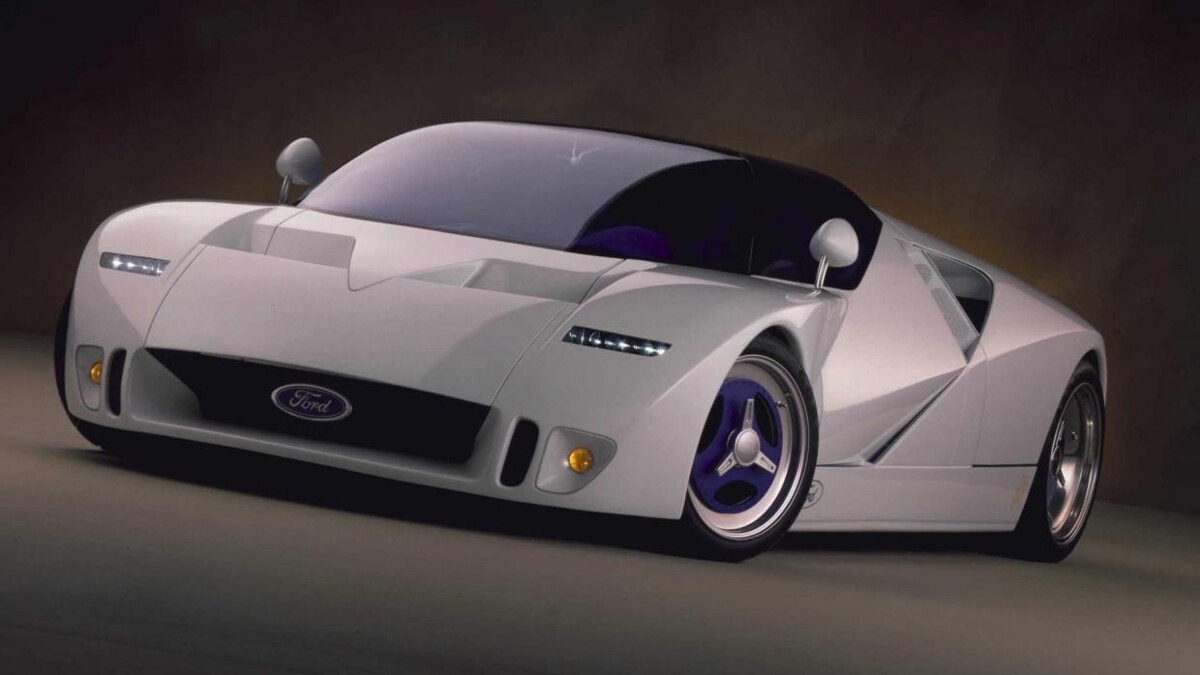 Loads to choose from—some exceptionally cool stuff throughout the ’60s, and we’ve got a soft spot for 2001’s retro-tastic Ford Forty-Nine and 2007’s brutish Interceptor. But Ford’s most notorious concept of recent times has to be the ludicrous GT90.

Cobbled together in less than six months ahead of the 1995 Detroit Motor Show, the GT90 is based on the Jaguar XJ220 (Ford owned Jaguar at the time), but it uses a 5.9-liter quad-turbo V12 with a theoretical 720hp, giving 0-60mph in 3sec and a supposed 400kph+ top speed. Of course it never made production, though at the time, some thought that it—or something like it—may well do. Shame.

Tell me an interesting fact about Ford. 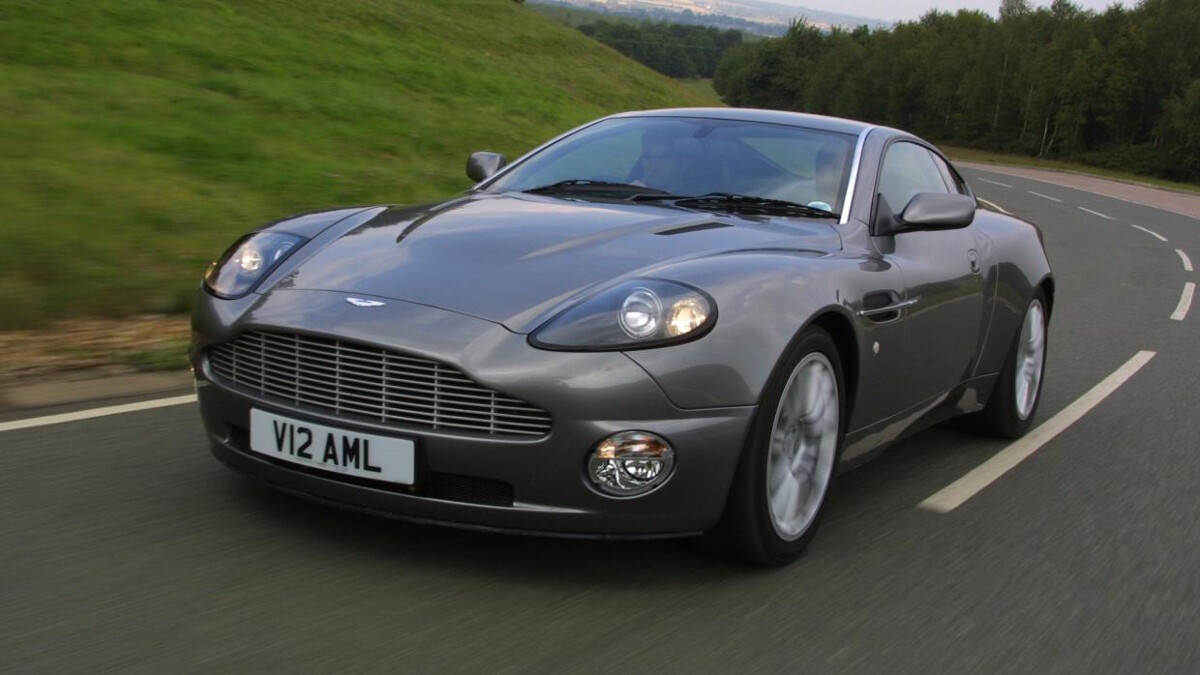 Over the years, Ford has owned a number of other car companies, either wholly or partially. Most famously it set-up the ‘Premier Automotive Group,’ after it bought Volvo, Jaguar Land Rover, and Aston Martin (the Vanquish pictured was developed under Ford ownership). It even had a bit of Mazda at one point, but has since divested itself of all brands bar Lincoln (a BMW/Mercedes/Audi/Lexus rival that doesn’t operate in Europe) and Troller (a South American manufacturer of rugged off-roaders). 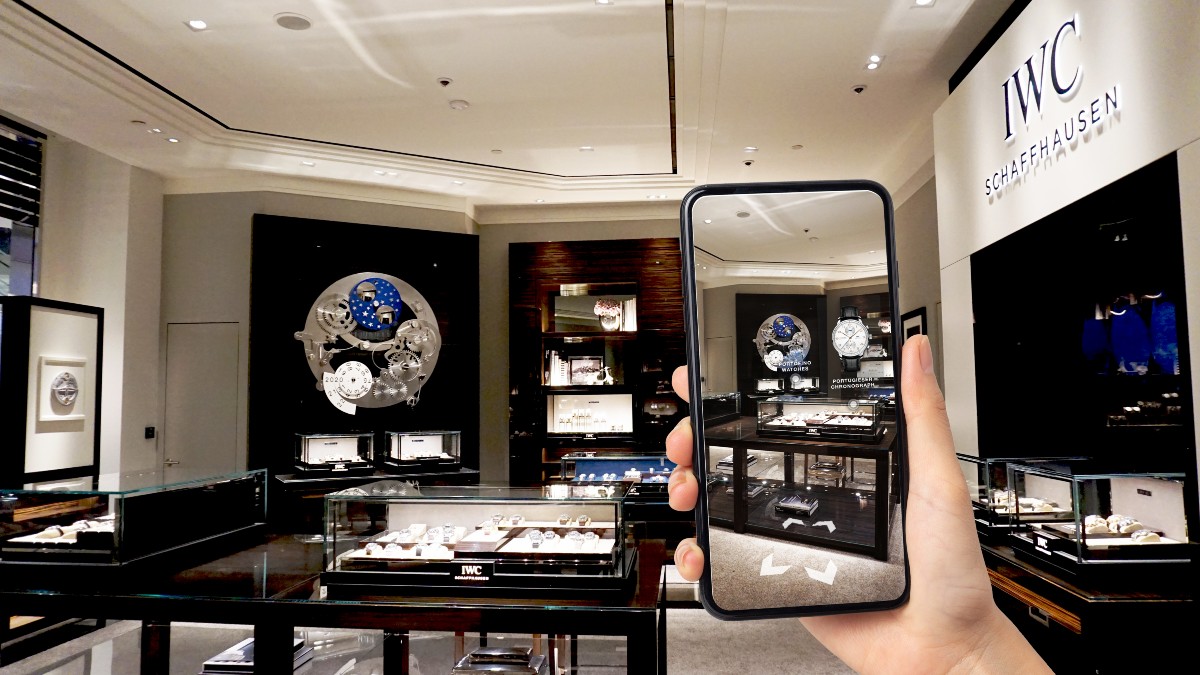 IWC lets you shop using a virtual edition of its Singapore boutique
View other articles about:
Read the Story →
This article originally appeared on Topgear.com. Minor edits have been made by the TopGear.com.ph editors.
Share:
Retake this Poll
Quiz Results
Share:
Take this Quiz Again
TGP Rating:
/20