“The third and final tranche of the excise-tax increases on fuel under the Tax Reform for Acceleration and Inclusion (TRAIN) law took effect on January 1, 2020.

“Take note that once these new tax rates are applied, the resulting retail prices will still be subject to the 12% value added tax.”

Have you received your refund from Grab PH already?

“As promised, Grab Philippines today began issuing refunds as mandated by the Philippine Competition Commission (PCC). This was after the government agency ordered the ride-sharing company to refund P14.15 million and P5.05 million to customers.

Grab rides are expected to cost less in February

“According to a report by GMA News Online, Grab Philippines president Brian Cu said that the company expects fares to get lower starting in February 2020. This comes as a result of nothing more than the Grab application’s surge mechanics.

“‘With that higher number of people booking, the surge went up,’ Cu said, referring to the huge demand for Grab rides over the past holiday season. ‘If the app sees there is more demand, surge will start kicking in.’

“‘We expect this to drop by February,’ Cu added.”

The MRT-4 line moves a step closer to construction

“The Department of Transportation (DOTr) confirmed on December 31, 2019, that the Investment Coordination Committee–Cabinet Committee (ICC-CabCom) of the National Economic and Development Authority (NEDA) had approved the Metro Rail Transit 4 (MRT-4) project during a meeting held on December 20.

“Spanning 15.56km, the MRT-4 system will serve 11 stations that link Quezon City with the cities of San Juan, Mandaluyong, and Pasig, the Ortigas central business district, and the municipalities of Cainta and Taytay in Rizal. Initial daily ridership is estimated at 234,333 passengers. The project cost of P59.3 billion will be funded by an official development assistance from the Asian Development Bank, with the DOTr as proponent. The planned construction period is from 2021 to 2025.”

No Beep card yet? Getting one will now cost you more

“The DOTr has announced that the Beep stored-value card issuance fee for Metro Manila’s Light Rail Transit (LRT) and Metro Rail Transit (MRT) train lines has been raised to P30.

“The new fee kicked in on January 1, 2020. A Beep card’s initial load is separate from the issuance fee and must not be less than a rail line’s minimum fare. That’s P12 for the LRT-1 and LRT-2, and P13 for the MRT-3. Prior to the announcement, the issuance fee of the Beep card was P20 only.

“This move is in accordance with the DOTr’s concession agreement with AF Payments Inc. (AFPI), the company behind the LRT-1, LRT-2, and MRT-3’s unified automated fare-collection system. The Beep card for the three rail lines was first issued in 2015.”

Soon after, the DOTr issued a statement saying that it is “reviewing the said concession agreement and all its provisions, with the end view of determining how best to protect the public interest.”

It’s now JoyRide in the spotlight

“In a press conference in Quezon City on January 2, five officials of JoyRide Philippines (the business name is We Move Things Philippines) introduced themselves to the media, who have been itching to know the people behind the company. They are: Sherwin Yu, president, from the IT sector; Edwin Rodriguez, business development advisor, with expertise in trucking and logistics; Richard Aruisu, chief financial officer, from the banking industry; Rico Meneses, consultant and CEO of PH-MC Riders Safety and Skills Training Center; and Noli Eala, vice president for corporate affairs.

“‘Just to start things out, I hope you’re not looking for Senator Bong Go because I am also looking for him,’ said Eala in his opening statement. ‘Hindi po siya member ng JoyRide and he was never a part officially (of the company).’ The senator’s name appeared in the news after JoyRide and MoveIt were allowed by the technical working group of the DOTr to join the three-month extended pilot run for ride-hailing motorcycle companies. Angkas is the third player and the only one allowed in the initial six-month pilot run.

“However, a few days before the initial six-month scheme expired on December 26, 2019, the DOTr-TWG, now led by retired P/Maj. Gen. Antonio Gardiola Jr., announced the inclusion of JoyRide and MoveIt in the extension—and with this issue, word spread that Go is one of the owners of JoyRide. Eala branded this as ‘fake news.’

“As the media became more relentless in asking about the real owner of the company, Eala and the rest of the officials finally gave in: Ralph Nubla, a banker, and Bes Chua, a businesswoman.”

“We do not have price surge,” JoyRide claims

“According to a report by GMA News Online, Eala said that his firm does not ever implement surge pricing. To prove this, the company flashed screenshots of sample bookings from both its own app and that of its rival’s. The former’s fare was P6 less expensive than the latter’s.

“Claiming they are acting independently from any motorcycle-taxi company, particularly Angkas, Atty. Raymond Fortun and Atty. Ariel Inton of the Lawyers for Commuters Safety and Protection (LCSP) questioned the legality of the appointment of the technical working group (TWG) officials without a corresponding department order from Secretary Tugade of the DOTr.

“The two lawyers had earlier accused the new DOTr-TWG officials of favoring the two new players—JoyRide and Move It—in the pilot-run extension.

“Inton and Fortun also released photocopies of a letter allegedly sent by Senator Aquilino ‘Koko’ Pimentel III to Tugade (dated September 2, 2019) endorsing We Move Things Philippines for the experimental scheme. The name of company president Sherwin Yu was mentioned in the letter.

“Despite Yu’s statement that his wife is not related to Pimentel’s wife, the LCSP cited news reports claiming there exists a special relationship between the legislator and the officials of the company. Rodriguez, the company’s business development advisor, has also admitted that he is the secretary-general of the PDP-Laban Quezon City chapter. Pimentel is presently the PDP-Laban national president.”

Does the LTO need to overhaul the existing driver’s license restrictions?

“A report by ABS-CBN News states that the agency is studying a scheme that would see different types of vehicles being assigned unique codes, and drivers would no longer be able to switch between different rides without first passing an exam.

“If approved, the proposed Driver’s License Code would amend the existing License Restriction Code, which categorizes vehicles only by the number of wheels and their gross weight. Encela added that the current License Restriction Code 2, which allows motorists to operate four-wheeled vehicles weighing up to 4,500kg, would be separated into numerous codes under the proposal.” 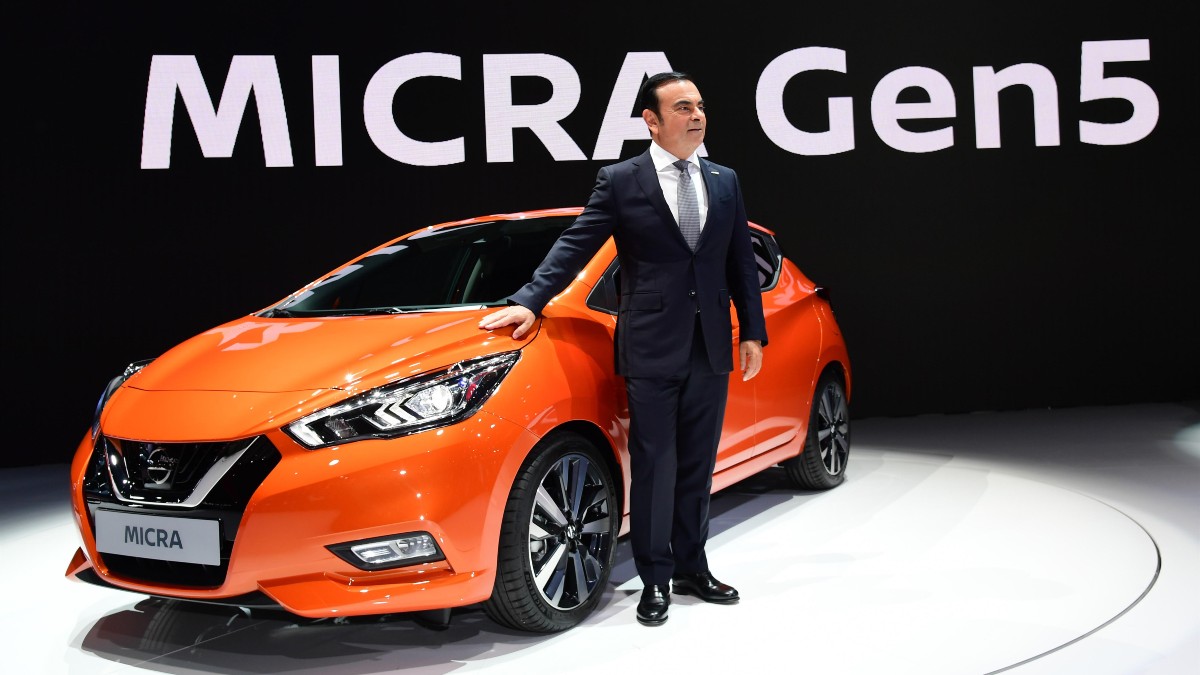 Interpol issues wanted notice for Carlos Ghosn
View other articles about:
Read the Story →
This article originally appeared on Topgear.com. Minor edits have been made by the TopGear.com.ph editors.
Share:
Retake this Poll
Quiz Results
Share:
Take this Quiz Again
TGP Rating:
/20