Backriding? Make sure your helmets have full-face visors

“Authorities may have loosened restrictions on backriding during Metro Manila’s renewed general community quarantine (GCQ), but there are still some important guidelines to consider. One of them is that both the rider and the passenger must be wearing a helmet equipped with a full-face visor.

“The Metropolitan Manila Development Authority (MMDA) took to Facebook over the weekend to remind everyone that helmets with full-face visors are required for pillion riding during GCQ. This is on top of the masks that everyone must wear when leaving their residence. To make things clear for the riding public, the agency also provided several examples of approved helmets. Look:

“Basically, there are two things to keep in mind here: The first is that your helmet must have a full-face visor, and the second is that the visor must be able to cover the rider’s chin.”

New bollards are up on EDSA

“There have been major changes made along EDSA throughout this COVID-19 pandemic, the biggest one being the MMDA’s EDSA Busway system. The new system, however, has been the subject of public scrutiny over the last month or two, mainly because of the growing number of incidents involving the infamous concrete barriers that were used to separate the dedicated bus lane from the private vehicle lanes.

“The controversy has forced the MMDA to rework the EDSA Busway even further. The agency recently announced its plans to place thinner and less obtrusive bollards instead in an attempt to reduce the supposed risks involving the concrete barriers.

“Well, it appears the agency has now decided to go through with its plan, as it has started placing new metal bollards along some parts of EDSA. This was shared by MMDA special operations commander Bong Nebrija in a recent post on social media.

“These new bollards won’t replace the existing barriers entirely, though. In a previous statement, MMDA general manager Jojo Garcia shared that there will still be concrete dividers set near bus stops, only they will now be placed closer to one another. Also, you may recall that the agency only recently procured 36,000 additional concrete barriers to be used along the thoroughfare, so we should still expect more of these in the coming months.”

“Toll plazas at major expressways are extremely high-contact areas, which is why cashless transactions via RFIDs along tollways have been encouraged throughout the pandemic. In the near future, however, electronic toll collection will not only be encouraged, but enforced.

“The Department of Transportation (DOTr) announced on August 24 that it will soon be requiring toll operators to implement cashless and contactless transactions to further limit physical contact as well as to reduce congestion at toll plazas. This coincides with San Miguel Corporation’s recent announcement that it will shift to cashless payments by January 2021.

“The new guidelines from the DOTr will be implemented under Department Order 2020-012, which was signed on August 13, 2020. The order also entails other agencies such as the Toll Regulatory Board, the Land Transportation Office, and the Land Transportation Franchising and Regulatory Board to work with the DOTr during this transition to a full contactless system along all expressways.

“Once this is in full effect, all northern and southern tollways will be required to comply with the new guidelines. If you traverse any of these highways regularly and have yet to secure an RFID for yourself, then take note that both Metro Pacific Tollways Corporation and SMC Tollways are now offering free installation services for their Easytrip and Autosweep tags.”

...and they just have over two months to complete the switch

“We reported the other day that a completely cashless payment system will soon be implemented on tollways as per DOTr’s Department Order (DO) No. 2020-012. Well, the agency has sent over a copy of the DO, and it appears that this new system will take effect on November 2, 2020. According to the order, the TRB will be the agency assigned to oversee this full transition into a cashless and contactless payment system.

“Section 2.a. of the official document reads: ‘To address the COVID-19 pandemic, the TRB shall ensure that concessionaires and operators shall install electronic tags or other cashless systems, such as, but not limited to, RFID, Automated Fare Collection System (ACFS), etc. for all motorists and motor vehicles using the toll expressways and transact only thru the cashless mode of payment of toll not later than 2 November 2020.’”

“Robinsons Malls has announced a new partnership with the Mandaluyong Transport Group, and the result is a modern jeepney terminal at Robinsons Forum. Jeepneys here will ply a route up until Kalentong, and rides will be available every 30 to 40 minutes from Monday to Saturday.

“To comply with new-normal guidelines, each jeepney will accommodate up to only 13 passengers per trip. While the jeepneys will be allowed to pick up passengers during trips, drop-offs are only permitted at designated stops along the route.

“Plastic barriers have been installed as an additional safety measure, and passengers are required to sign a safety manifest for contact-tracing purposes. Commuters should also keep in mind that the use of personal protective equipment like masks and face shields are currently required onboard all forms of public transportation.

“Alternatively, you can get your groceries from Robinsons Supermarket without ever having to leave the safety of your own home. The mall chain launched GoRobinsons, its very own online store, back in June, offering an extensive collection of goods available for delivery that includes frozen food, snacks, meats, and other necessities.”

Be advised: Partial closures are in effect on Skyway northbound

“The Skyway northbound extension project is finally nearing completion, after the San Miguel Corporation (SMC) announced it would be done by December 2020. It was originally scheduled to finish in July, but, well, COVID-19 happened.

“In order for SMC to meet the new December deadline, however, Skyway northbound is now partially closed to make way for construction works.

“The affected segment is the northbound on-ramp right before Sucat, which was closed on August 24. Northbound Class 1 vehicles must now enter the elevated portion of Skyway via the steel ramp near the Alabang viaduct, while Class 2 vehicles have to take the at-grade section.

“The steel ramp will be open 24 hours a day for northbound motorists, and from 4pm to 9pm daily for southbound motorists. The Alabang-Zapote Skyway northbound ramp will also be closed from 4pm to 9pm to make way for motorists headed south via the steel ramp. Meanwhile, the Hillsborough and the Alabang-Zapote southbound ramps will remain completely operational.

“Currently, 85 of 92 northbound piles have already been completed, with other bridge components already being fabricated.”

23 New jeepney routes have been reactivated

“Last week, the LTFRB announced it had given an additional 1,333 traditional public utility jeepneys the green light to operate in 23 new routes starting Wednesday, August 26.

“These units are allowed to ply their routes even without a special permit, according to Memorandum Circular 2020-040. Instead, the driver has to display a QR code, which is given to the operator and can be downloaded from the LTFRB website. Aside from being deemed roadworthy by the agency, the vehicle also has to have a valid Personal Passenger Insurance Policy.

The first batch of new motorcycle license plates are out

“The LTO began releasing this past week the first batch of motorcycle plates based on Republic Act No. 11235, otherwise known as the Motorcycle Crime Prevention Act.

Some 70,000 sets of rear metal plates were released by the LTO–National Capital Region West Regional Office to select member companies of the Motorcycle Dealers Association of the Philippines. Only the rear plates are up for distribution, along with their corresponding RFID stickers.

“The riding community considers this development a major step toward the full implementation of the highly controversial ‘doble plaka’ law, although authorities insist that there will be no apprehensions yet for violators.

“Under the implementing rules and regulations for RA 11235, which was approved by the LTO, motorcycle owners will be required to use a number sticker measuring 135mm by 85mm for the motorbike’s front section, while the rear plate will measure 235mm by 135mm. The LTO modified the size of the plates and changed the front plate from metal to decal after the motorcycle community cited the potential dangers the material poses.

“RA 11235 imposes hefty penalties with a jail term for riders who are caught using a motorcycle with missing, tampered, or damaged license plates. The same harsh punishment awaits those who fail to report to the LTO and the local police the sale of a motorcycle within the prescribed period.”

“So, you’re holding a crumpled piece of paper in your hand that needs to go in the trash. What do you do next? If your answer is to back down, spin around, and shout ‘Kobe!’ as you let that sucker fly into the waste bin from six to eight feet out for the win, you’re probably going to be in for a treat next time you pass through EDSA.

“A mural of Kobe Bryant, who passed away in a tragic helicopter crash earlier this year, recently popped up along the nation’s busiest thoroughfare just in time for Mamba Week 2020. Basically, it’s a pair of caricatures of the former Laker guard, with one of them shooting a crumpled piece of paper like a basketball—a fitting tribute to one of the greatest basketball players to ever grace the hardwood.

“Unfortunately, we still haven’t found out who was responsible for the mural and whether or not it was commissioned by Makati City. If you want to check it out, though, you can spot it near Kalayaan on EDSA. Just be sure you don’t stop to take photos if you’re behind the wheel.” 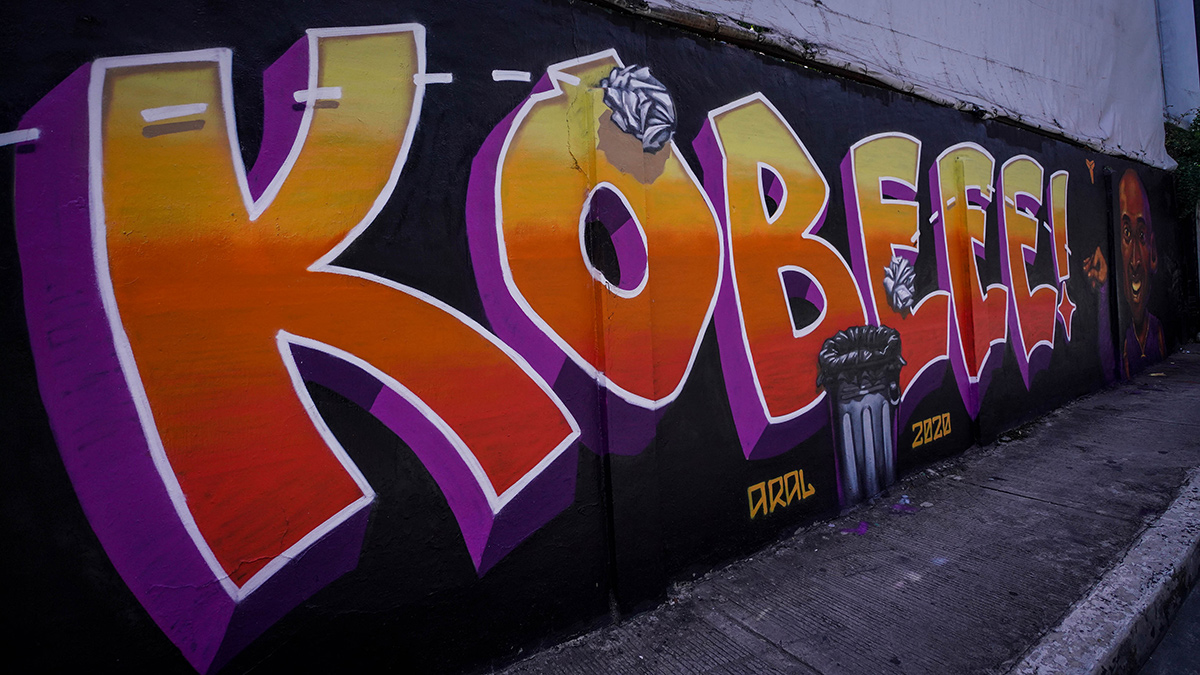 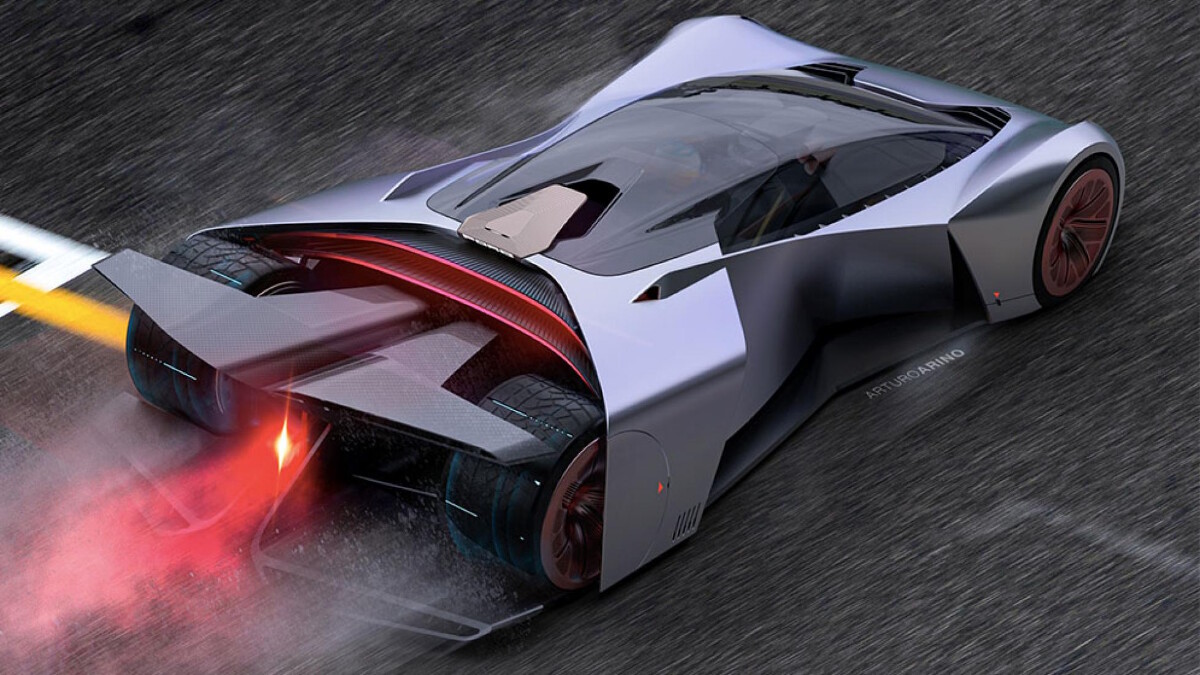 The ‘Team Fordzilla P1’ is Ford’s shapeshifting hypercar
View other articles about:
Read the Story →
This article originally appeared on Topgear.com. Minor edits have been made by the TopGear.com.ph editors.
Share:
Retake this Poll
Quiz Results
Share:
Take this Quiz Again
TGP Rating:
/20