“Do you regularly use Cavitex or the newly opened Cavitex-C5 Link Flyover? If so, then be advised: There are imminent changes to the toll collection for both expressways.

“According to the Cavitex Infrastructure Corporation (CIC), the Toll Regulatory Board has recently approved a toll-rate hike for Cavitex and the start of collection of toll fees for the C5 Link Flyover.”

“The agency has revealed its plans of building three more LRT-2 stations as part of the P10.1-billion LRT Line 2 West Extension Project. The new stations will located in Tutuban near the Cluster Mall, in Divisoria near the Recto Avenue–Asuncion Street intersection, and in Pier 4 located 50 meters north of Zaragoza Street. The project will also include the acquisition of five new sets of four-car rolling stocks.”

“Anyone who rides the MRT daily understands the real pains of using this mode of transport, but here’s something that could mean better days are coming for regular commuters in the metro:Last October 15, Filipinos saw the deployment of the new Dalian trains on the MRT line.

“This is only the initial deployment of the new trains. As of writing, the Department of Transportation (DOTr) has clarified that only one train set will be operational, and it will only run from 8:30pm to 10pm daily until October 31. Apart from that, no further details have been divulged.”

“Another idea to solve Metro Manila’s traffic crisis has been thrown into the pot. This time, it’s a plan we’re guessing plenty of commuters will be in favor of.

“Iligan City Representative Frederick W. Siao has announced that he plans to file a House Bill called the Public Servants’ Commuting via Public Transport Act, which will require government officials to commute during Mondays.

“The lawmaker credited the idea to 17th Congress Representative Neil Abayon, but added that he had tweaked the concept for better effect: “But my improvement on that idea is these officials should commute at least every Monday so they will be reminded weekly of the suffering the masses endure on a consistent basis.”

“The recent issues surrounding public transportation in Metro Manila have forced commuters to further resort to other means of getting around the city. Naturally, with the traffic situation continuing to worsen as we near the holidays, people are looking to faster and more efficient modes of transportation. Like motorcycles, for example.

“The problem, however, is that the use of motorcycles as vehicles for hire is prohibited under the Land Transportation and Traffic Code. Ride-hailing services provided by Angkas are a slight exception, but they will only be temporarily operational as part of the pilot run of ‘motorcycle taxis.’

“Luckily, things might soon look up for those riders in blue, as Senator Sonny Angara has now filed Senate Bill 1025 which seeks to amend the existing law and allow two-wheelers to be registered accordingly under the Land Transportation Office (LTO) and to operate as commercial vehicles to ferry passengers or transport goods.” 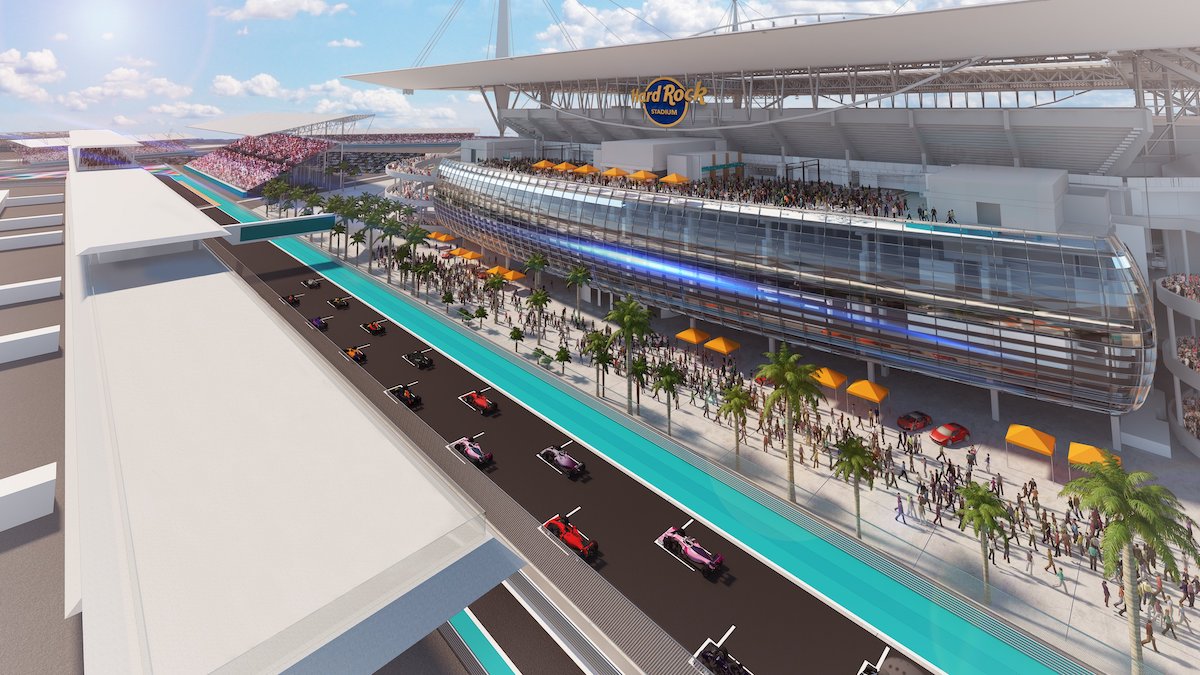 Miami could soon be part of the Formula 1 calendar
View other articles about:
Read the Story →
This article originally appeared on Topgear.com. Minor edits have been made by the TopGear.com.ph editors.
Share:
Retake this Poll
Quiz Results
Share:
Take this Quiz Again
TGP Rating:
/20