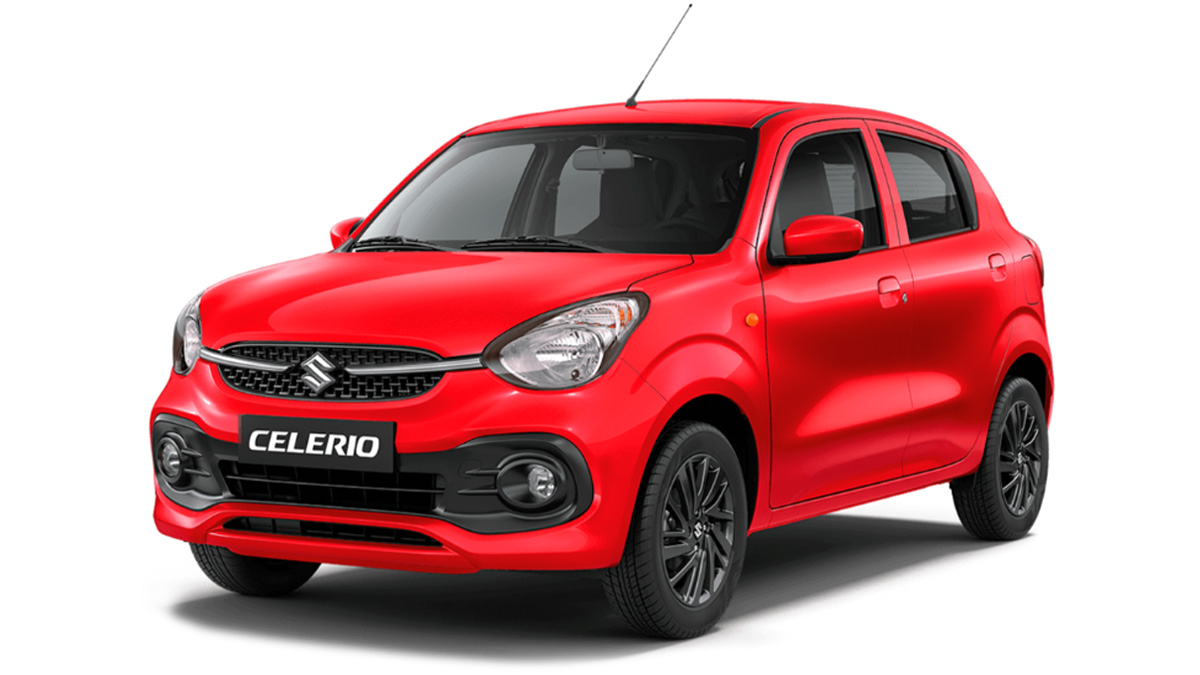 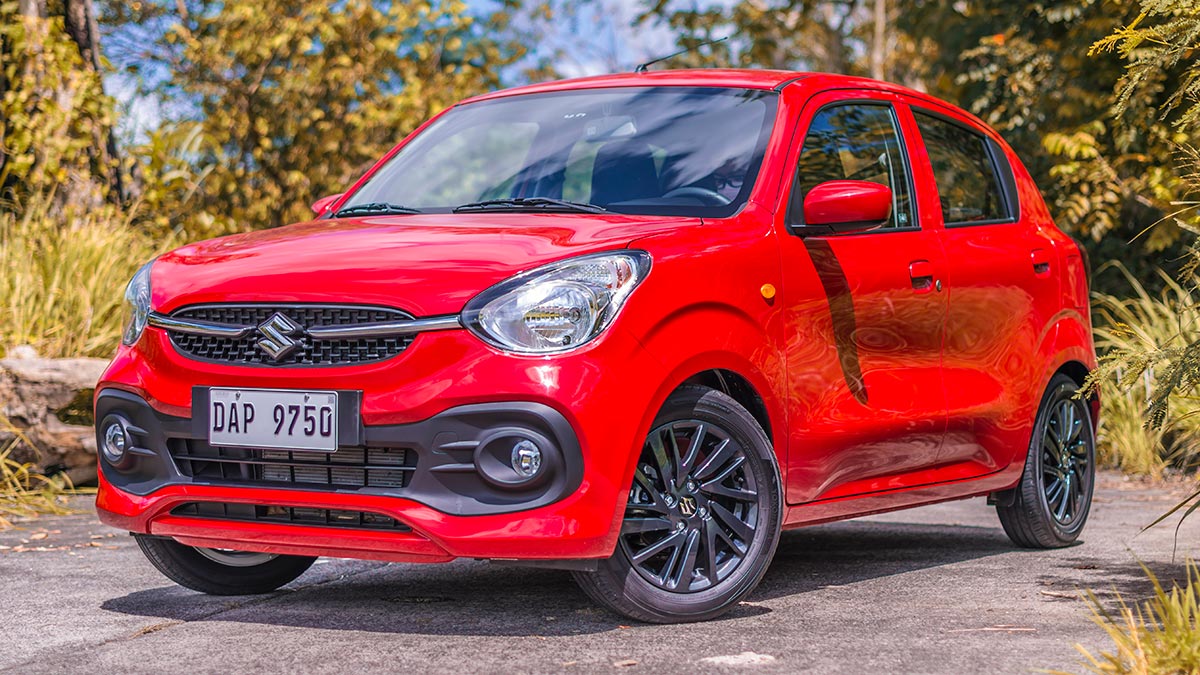 “What pops in your head when you hear the name Suzuki? It’s usually one of two things: motorcycles, or pocket-sized cars that are also friendly on your wallet. Of course, we’re here to talk to you about the latter. From the company that offers the S-Presso and Swift comes another subcompact hatchback. The Japanese automaker has just rolled out the all-new Celerio in the Philippines.

“This comprehensive redesign represents the third generation of the pint-sized hatchback. Its main competitors are some of the biggest stars in its segment. The Celerio has the Honda Brio and Toyota Wigo right in its crosshairs, and it aims to steer customers away from those bestsellers. Not only that, it also has to be careful not to steal sales from its siblings. It’s a tough ask, but the Celerio appears prepared for the challenge ahead.

“You have two variants to choose from in the 2022 Celerio. These are the GL MT and the GL AGS. It’s as simple as that. We all know what M/T means, but what is AGS? It stands for Auto Gear Shift, but we’ll dive deeper into that later. As for pricing, check out the list below:” 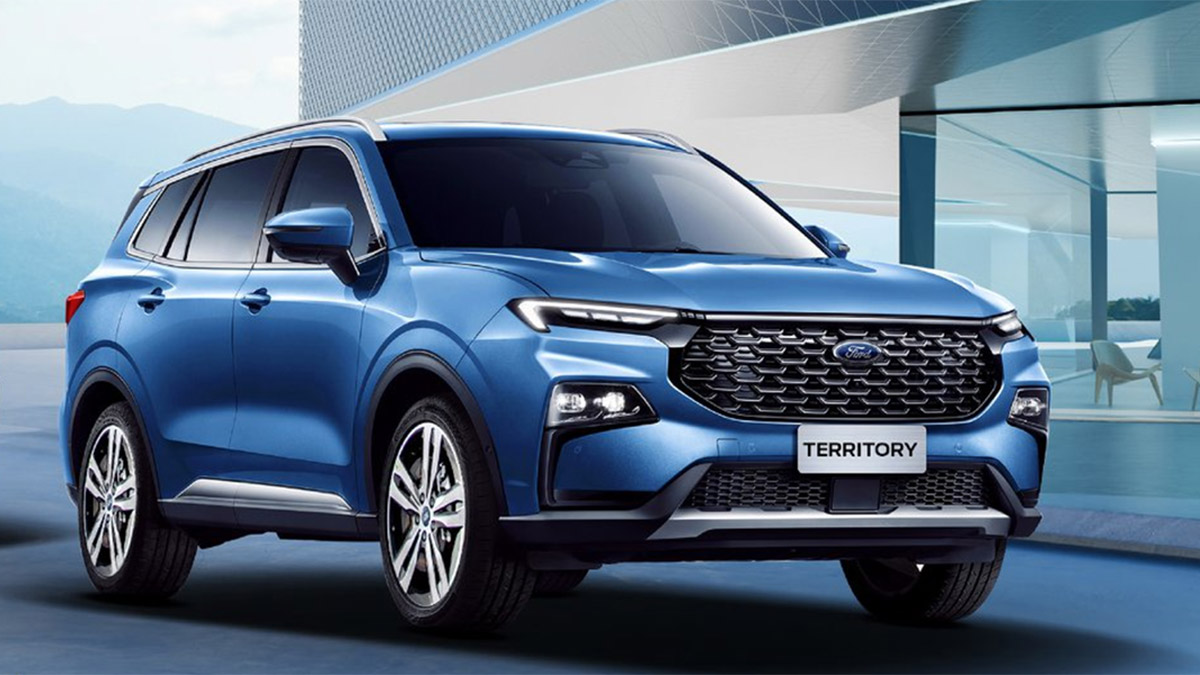 “When Ford first unveiled the new Equator Sport a few months back, we called it a ‘decent alternative to the Territory.’ Well, to some extent, that’s what’s going to happen in some markets.

“Over in Cambodia, Ford has provided a glimpse of the all-new Territory. One look and you’ll recognize how it’s basically a rebadged Equator Sport. This could well be a preview of what sort of next-gen Territory we’ll be getting in ASEAN.

“Upon checking Ford Cambodia’s website, however, there seems to be no information about this new Territory just yet. That said, we know from the Equator Sport’s global debut that it packs a 1.5-liter turbocharged gasoline engine that produces 170hp and 260Nm of torque. That’s a huge jump from the current Territory’s 141hp, 225Nm 1.5-liter powertrain.”

NEWS YOU MIGHT HAVE MISSED:
Report: Justin Bieber lands on Ferrari’s blacklist for modifying his unit
MMDA says twice-a-week modified coding scheme is still being studied

An Isuzu Traviz recently recorded 1,063km on a single full tank of fuel 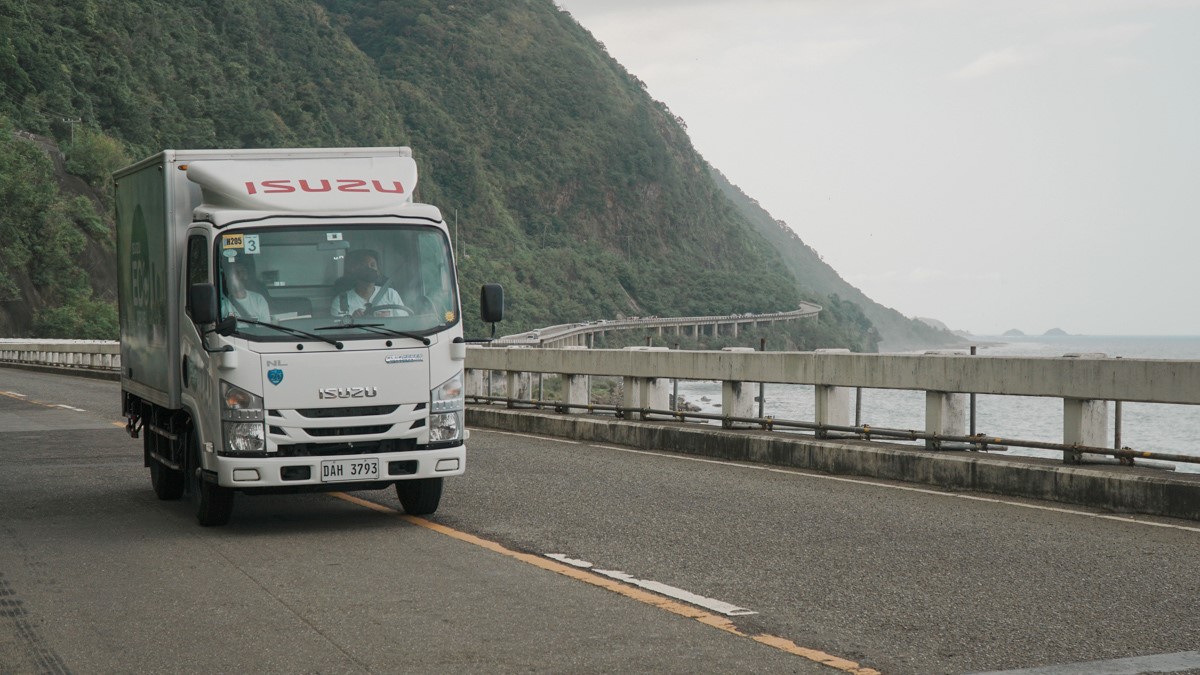 “Has anyone here been keeping a watchful eye on their car’s fuel economy meter since gas prices started going whack? Yeah, us too. On the bright side, at least we’ve all become somewhat more efficient while behind the wheel. That’s something to be proud of, right?

“Hold that thought. An Isuzu Traviz just did over 1,000km on a single tank of fuel.

“Yes, you read that right. If we’re being specific, the Traviz did 1,063km on one full 50-liter tank as part of the aptly-named Isuzu One Full Tank Challenge last month. Impressive? Try jaw-dropping instead.

“The ridiculous fuel economy figure was recorded driving from an Isuzu dealership in La Union all the way to Pagbilao, Quezon. On average, the competing Traviz unit and its 4JA1 Blue Power diesel engine did 21.26km/L while carrying around 100kg of cargo for the challenge. Also worth noting is that another Isuzu commercial truck, an NLR85E, did an equally-impressive 1,234km on one 75-liter tank, too.

“Those are definitely impressive feats, even with portions of the journey having taken place on the North Luzon Expressway (NLEX) and South Luzon Expressway (SLEX). Isuzu Philippines (IPC) didn’t reveal, however, what fuel-saving methods were used or how its drivers went about achieving the figure.” 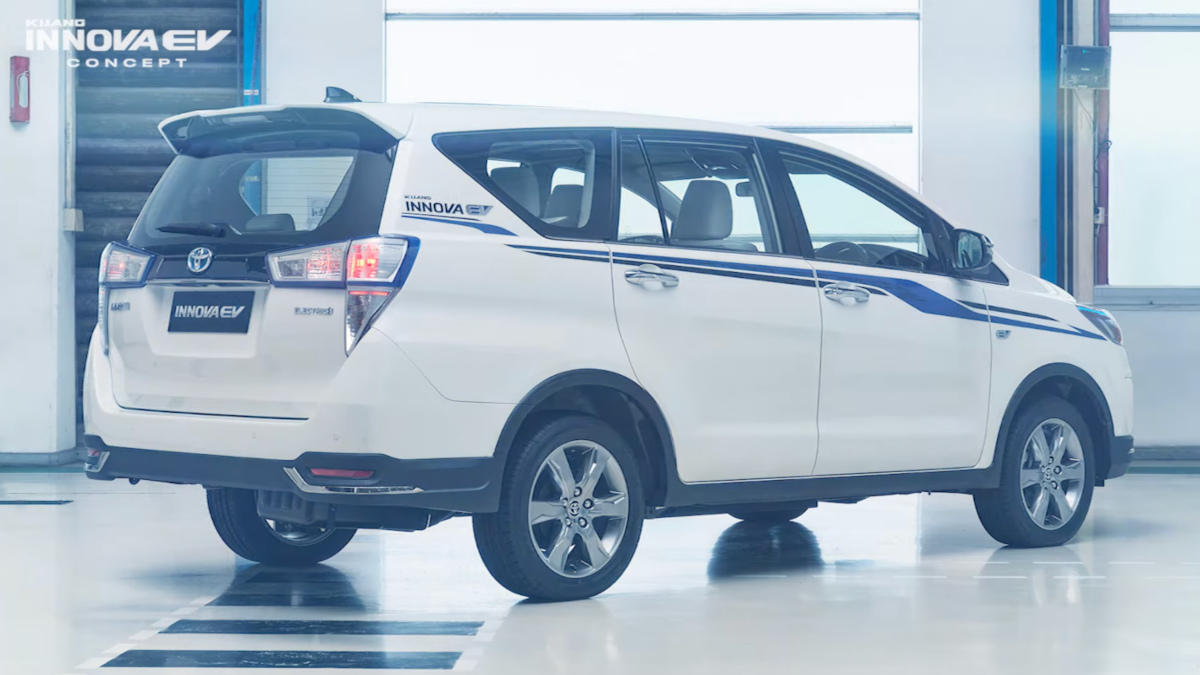 “In March, Toyota got Southeast Asia hyped up with the unveiling of an Innova EV. Granted, the clean-running MPV shown off at the 2022 Indonesia International Motor Show (IIMS) was only in its conceptual phase, but still.

“Patent filings in India, though, may suggest that electrification may be coming to the Innova sooner than we think.

“We recently dug into the Indian government’s Ministry of Commerce and Industry website after seeing talk of the MPV turning up in the agency’s patent designs and trademarks archives. True enough, a short search yielded a vehicle called the ‘Innova Hycross.’ The patent was filed by the Toyota Motor Corporation on March 24, just shortly before the EV Innova’s IIMS reveal.

“Okay, okay. Considering this patent filing is all there is to go on at the moment, this idea isn’t something we’d consider solid. This could be anything from a slightly more rugged version of the MPV to a full-on hybrid. We’ll have to wait for more information out of India before coming to any conclusions.”

NEWS YOU MIGHT HAVE MISSED:
A ‘buwaya’ on the highway caused a major traffic jam in Florida
MMDA: The number coding scheme will be suspended on May 9 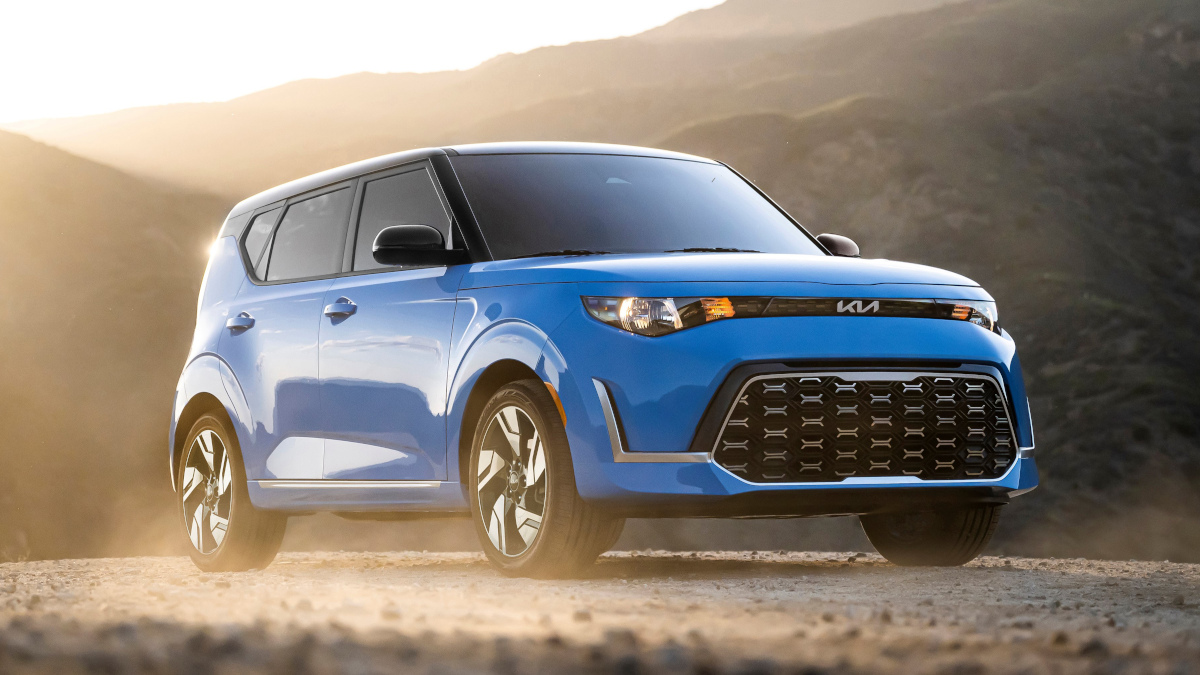 “The Kia Soul? Sure, the thing wasn’t everyone’s cup of tea, but it was still a bummer to see it leave the Philippine market and we still kind of miss the quirky little runabout to this day.

“The good news is that the South Korean car manufacturer has just unveiled a new refresh for the Soul, and we’re kind of rooting for a local comeback now.

“Does the new Soul make sense for our market? Will it sell well? If how the last Soul went out is any indication, the answer to both questions is probably no. But just look at the thing! For 2022, you’ll find a large new grille with a quirky new pattern, futuristic LED headlamps with daytime running lights, redesigned foglights, and new 17- or 18-inch wheels. Part sporty, part quirky—we dig it.

“All the aesthetic enhancements Kia has applied here go perfectly with the Soul’s signature two-tone exterior color scheme, which is now available in a new Clear White/Surf Blue with Fusion Black combo.

“Changes to the cabin are less extensive, but it’s still a top-notch environment. For starters, there’s a new 10.25-inch touchscreen infotainment system for you to play around with. Plenty of safety bits are available, too, including forward collision avoidance, lane keep assist, driver attention warning, and rear occupant alert. 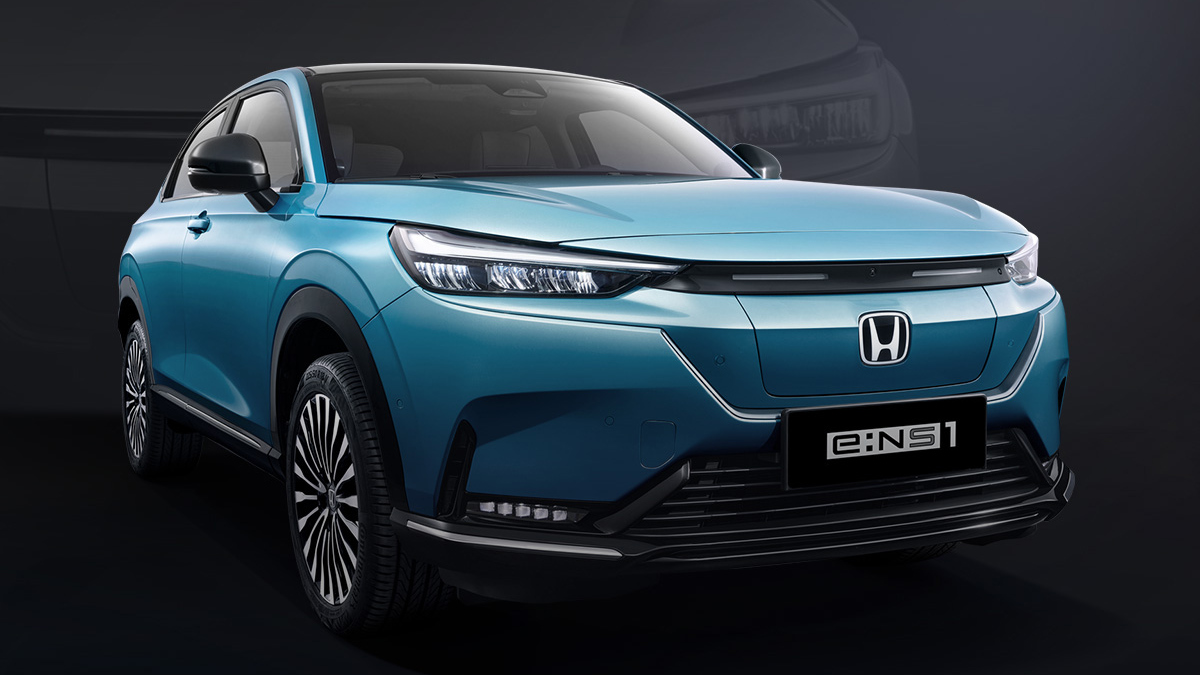 “Earlier this month, proponents of vehicle electrification celebrated the lapse of the country’s Electric Vehicle Industry Development Act into law. The hope is that with this, significant strides can finally be made towards cleaning up local motoring.

“One of the law’s main goals is to make EVs viable around these parts with incentives and exemptions. With this extra wiggle room, perhaps car brands may finally consider bringing in global EV modes for local buyers to consider. Like this one that’s recently been launched in China by Honda.

“If it looks familiar, that’s because it is. What you’re looking at is actually the electrified version of the Honda HR-V called the e:NS1 and e:NP1. They feature largely the same design as the small crossovers launched here, but with one major alteration: The face.

“No grille here. Without the need to cool a traditional combustion engine, engineers could do away with it. Instead, you’ll find a flat face with no opening typical of many contemporary EVs.

“The e:NS1 and e:NP1 are build on Honda’s e:N Architecture F, which features a dedicated frame, a single electric motor, and a large-capacity battery. How large of a battery are we talking about? Honda says these EVs will get 510km of range. Sound about enough, doesn’t it?” 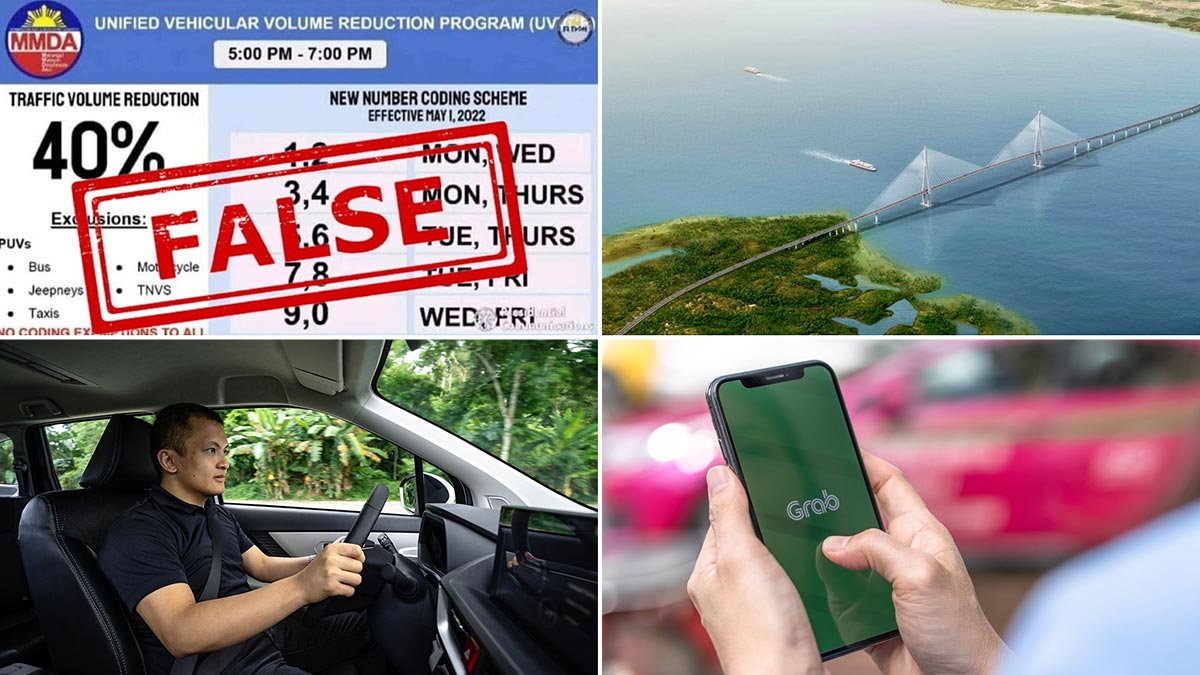