Here are some of the important happenings from the past week
by TopGear.com.ph | Aug 22, 2021

“To our readers whose car’s plates end in 8 or 9, take note: The Land Transportation Office (LTO) has now officially extended the registration validity of your vehicles.

“In addition, the LTO also confirmed that student permits, driver’s and conductor’s licenses, and medical certificates that expired between August 1 and September 30, 2021, will also remain valid until November 30, 2021. Look:

“LTO clients are also advised that they may renew their respective motor-vehicle registrations or licenses two months in advance.”

The DOTr is considering a Metro Manila ‘transportation bubble’

“It looks like authorities have come up with another game plan to keep commuters safe from the COVID-19 pandemic.

“Essentially, this is a bus line exclusive to fully-vaccinated individuals, separate from unvaccinated commuters. The hope is that this setup will reduce the transmission of COVID-19 among public transportation users.

“‘Currently, when fully-vaccinated individuals leave their homes, they commute alongside unvaccinated passengers, hence letting their guard down. With the regular buses, both the unvaccinated and the vaccinated are at risk to each other,’ Concepcion wrote in his column for the Philippine Star.

“‘We do not want a scenario wherein we just simply let the vaccinated individuals interact with those who are unvaccinated given the current threat from the Delta variant,’ he added.

“According to Concepcion, Tugade and the DOTr have expressed their willingness to support this initiative, saying the agency has already asked him if the government can spare 40,000 vaccine doses for potential transportation bubble bus drivers.

“The DOTr has already confirmed that it is studying the idea with the Land Transportation Franchising and Regulatory Board (LTFRB). In a press conference, however, Malacañang Palace implied that a transportation bubble can only be implemented once at least half of Metro Manila’s population has been vaccinated.

MECQ to be implemented in Metro Manila, Laguna from August 21-31

“It’s official: The Inter-Agency Task Force for the Management of Emerging Infectious Diseases (IATF) has confirmed that Metro Manila and Laguna will be placed under modified enhanced community quarantine (MECQ) from August 21 to 31. This comes after a two-week ECQ period in these areas.

“The IATF also announced that MECQ will be implemented in Bataan province from August 23 to 31. During this period, dine-in, personal care services, and religious gatherings in these areas will still not be allowed.

“No word yet from the Department of Transportation (DOTr) regarding the guidelines on public transport. But based on the IATF’s omnibus guidelines on quarantine restrictions, movement will still be limited under MECQ, so only authorized persons outside of residence (APORs) will be allowed out and about. For the full list of APORs, you can click here.

“As for the official announcement, you can check it out below:”

Cycling and individual outdoor exercise will be allowed under MECQ

“Beginning August 21, Metro Manila and Laguna residents are once again permitted to go cycling and do other forms of individual outdoor exercise as the said areas shift to modified enhanced community quarantine (MECQ).

“Metro Manila Development Authority (MMDA) chairman Benhur Abalos said in a statement that outdoor exercises in Metro Manila will be only be allowed from 6am to 9am. According to the omnibus guidelines for the implementation of community quarantine, permitted forms of outdoor exercise are walking, jogging, running, and cycling. These may be conducted ‘within the general area of [an individual’s] residence,’ or within one’s barangay, purok, subdivision, or village. Physical distancing and wearing of face masks are required.

“Once Metro Manila shifts to modified enhanced community quarantine (MECQ) tomorrow, August 21, residents will no longer be required to carry around quarantine passes whenever they leave their houses.

“Note that the omnibus guidelines for the implementation of quarantine classifications state that under MECQ, “the movement of all persons shall be limited to accessing goods and services from permitted establishments, for work in such establishments,” and for other allowed activities.

“Olivarez also said that the unified curfew in the capital region will still be from 8pm to 4am under MECQ, but the MMC, which comprises 17 Metro Manila mayors, will be meeting to discuss if the curfew hours will be adjusted.”

Grab will offer discounts to users heading to vaccination sites

“No way to get to and from a vaccination site? Taking a Grab ride might be a more viable option soon.

“We aren’t just saying this because opting to forego trains, buses, and jeepneys lessens the risk of you catching COVID-19, either. The ride-hailing company has just announced that it will be offering discounted rides to users heading to and from some vaccination sites.

“This initiative is part of the company’s efforts to help the Philippine government strengthen its vaccination drive. It will be carried out through the company’s GrabCar Bayanihan vaccinated driver fleet, and rides will be priced 15% lower than normal. A list of included sites has yet to be released, though.

“Besides discounted rides, Grab is encouraging its users to get jabbed by way of giving away promo vouchers to those who can submit their vaccination cards. Entitled users also have a shot at winning P250,000 in their GrabPay accounts.

“The Metropolitan Manila Development Authority (MMDA) has a stern reminder for all motorists: No parking on bicycle lanes. Come on, guys, does this really need reminding?

“We couldn’t agree more with the MMDA on this one. We’re already more than a year into this pandemic, and by now, all of us should understand the importance of these bike lanes for our fellow road users—especially during this enhanced community quarantine period where public transport operations are limited.”

“The Cebu government’s message to PUV drivers and conductors is clear: Put on a personal air purifier, or face the consequences.

“According to a report by SunStar Cebu, PUV drivers and conductors caught without the wearable device will be issued a traffic citation by enforcers starting Wednesday, August 25.

“During a recent checkpoint inspection, Cebu governor Gwen Garcia said that these citations will be issued by the Land Transportation Franchising and Regulatory Board-Central Visayas. The official added, however, that the provincial government will give compliant drivers wearable air purifiers and vitamins.

(‘I’m also sad that our bus and minibus operators are really trying, that’s why we even moved the deadline to the 25th.’)

“Garcia’s government is pushing through with the implementation of the measure despite the Department of Health’s (DOH) warning that wearable air purifiers do not protect their users from COVID-19.

“This isn’t the first time the DOH has had to reiterate its stance against the use of wearable air purifiers. Late last year, the agency already said there was a lack of evidence the devices even worked.

“‘While these devices do not pose any harm, the DOH currently does not recommend using these devices due to lack of evidence of efficacy,’ the agency said in a statement from October 2021, adding that wearable air purifiers should not replace face masks, handwashing, and adhering to social-distancing requirements.” 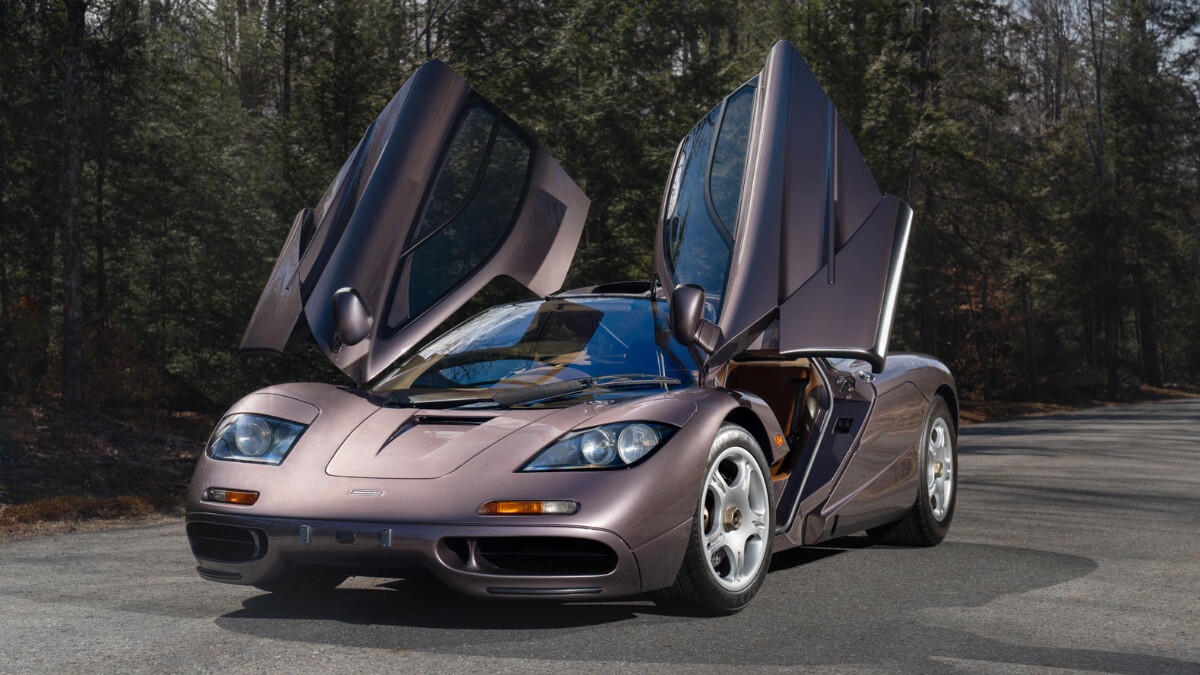 Someone has paid P1.03-B for this barely driven McLaren F1
View other articles about:
Read the Story →
This article originally appeared on Topgear.com. Minor edits have been made by the TopGear.com.ph editors.
Share:
Retake this Poll
Quiz Results
Share:
Take this Quiz Again
TGP Rating:
/20