“According to a report by Inquirer.net, Move as One Coalition mobility expert Robert Siy raised the idea of bringing city speed limits down to 30kph in a bid to reduce traffic fatalities during a recent Department of Health (DOH) media forum.

“The urban planner cited data gathered by Australia-based pedestrian advocate group Victoria Walks that showed a 40% difference in the chances of death between being hit by a vehicle traveling at 50kph (20%) and one speeding at 80kph (60%).

“‘One key principle when we look all over the world for what is the top strategy to protect vulnerable road users, it has to do with speed limits,” Siy said, adding that lowering urban speed limits to 30kph or less would deliver dramatic results in terms of reducing the incidents of injury and fatality.

“Siy also suggested that road elements like humps and curves, which are designed to make cars slow down, may help, too.

“Following the Joint Memorandum Circular 2018-001 issued by the Department of Transportation, the Department of Public Works and Highways, and the Department of the Interior and Local Government in 2018, local government units were tasked with classifying roads as either a ‘municipal or city street,’ a ‘barangay road,’ or a ‘crowded street.’ The first classification allows for a maximum speed of 30kph for passenger cars and motorbikes, while the latter two carry 20kph limits.  Obviously, urban thoroughfares like EDSA do not fall under those classifications.”

“Attention, RFID users: The Toll Regulatory Board’s (TRB) three-strike policy, which will penalize RFID users who enter RFID lanes with insufficient load in their accounts, will soon be taking effect.

“According to the implementing guidelines of the policy, erring motorists will only be given a verbal warning and a ticket as proof of violation for the first and second offenses, respectively. For the third offense, the violator’s driver’s license will be confiscated and he will be issued a Land Transportation Office traffic violation ticket for obstruction.

“In addition, each offense after the third will result in outright apprehension. As for motorists without RFID stickers who pass through the RFID-only lanes, they will immediately be issued a traffic citation ticket for disregarding traffic signs. Both of these violations correspond to a P1,000 fine.

“‘We expect implementation of the three-strike policy effective May 15, 2021,’ said TRB spokesperson Julius Corpuz when asked when implementation will begin.

“The three-strike policy will be implemented for six months and will be subject to the TRB’s re-evaluation afterwards.”

“Through the partnership of Metro Pacific Tollway Corporation (MPTC) with Smart Communications, Smart and TNT can now conveniently reload their Easytrip RFID accounts with a simple text message.

“To top up, send this to 3279: EASY[DENOM]. Available denominations are P100, P300, P500, or P1,000 for the reloading services. Prepaid users will have the amount deducted directly from their current balance, while postpaid users will have it charged to their monthly bill. Every successful transaction will be confirmed by a text message, and the reloaded amount will be credited immediately.

“The Land Transportation Office has resumed operations in its offices in Greater Manila—Cavite, Laguna, Rizal, Bulacan, and NCR—as of May 3, 2021. It also advises those who wish to visit its offices for any pending transactions to strictly observe health and safety protocols so as to avoid the further spread of COVID-19.

“The LTO didn’t share specifically which offices have been reopened, but the Department of Transportation (DOTr) provided us a list of all branches, including district and extension offices as well as driver’s license renewal offices (DLROs), that have resumed operations in Metro Manila. The full list is below.”

LTO: Registration validity of vehicles with plates ending in 5 extended until August

“As per the LTO’s Facebook page, the registration validity of motor vehicles with plate numbers ending in 5 has been extended to August 31, 2021.

“The agency has also laid out the schedule for when owners of vehicles with certain license plate number combinations should carry out their transactions. For example: Those whose cars have plates with 1, 2, or 3 as the middle digits should go to the LTO offices on the first week of May, June, July, or August to register their vehicles. Check out the table below for a more detailed look:

“The LTO has also collated the full schedule for motor vehicles with plates ending in 3, 4, and 5 in one whole table for easier viewing.”

“On May 6, the DOTr unveiled a portion of Metro Cebu’s dedicated lane for cyclists, part of the government’s effort to promote active transport during the pandemic.

“The road section is located along the SRP road in Cebu City and is classified as a Class 1 Bike Lane—or Separated Bike Lane—far from the carriageway. It runs for 2.3km with a width of five meters, flanked by a three-meter sidewalk. Sheds serve as roofing for bike racks and benches. The lane is also equipped with solar studs for safety as well as planters for future trees that will serve as shade for cyclists.

“Spanning Metro Manila, Metro Cebu, and Metro Davao, the national bike lane program is a collaborative effort among government agencies—like the DOTr and the—and private research and cycling groups. Bike lanes in Metro Cebu are 63.96% complete as of May 5, according to the DOTr. This is approximately 88.84km worth of bike lanes.” 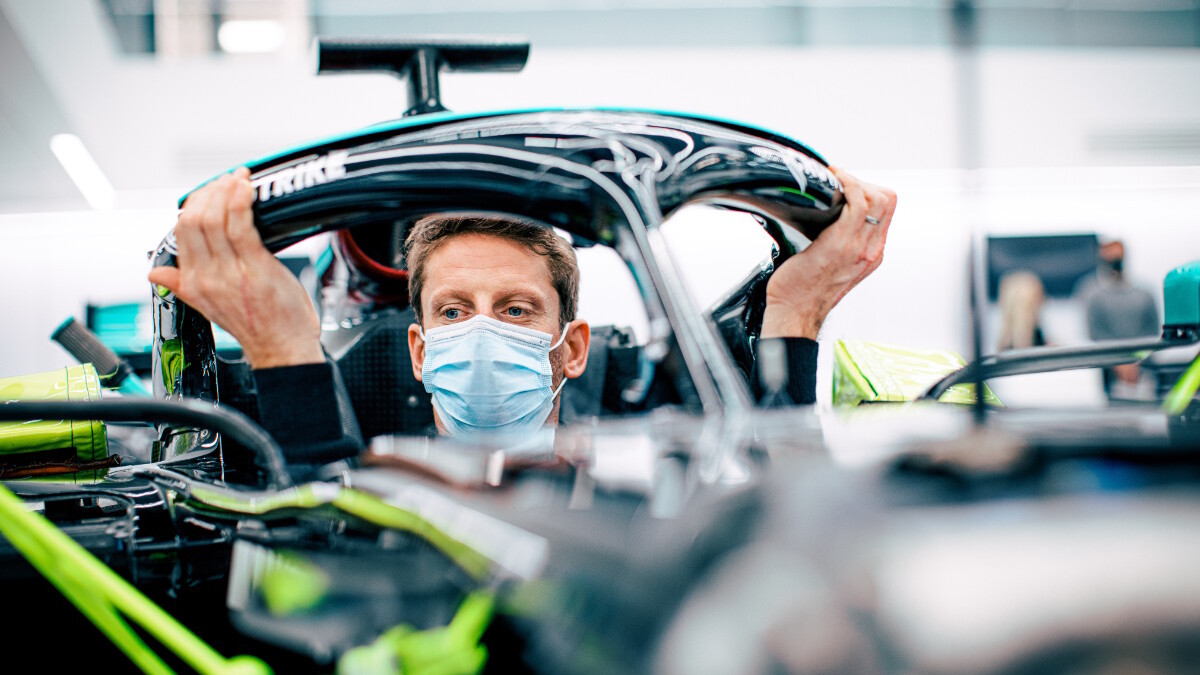 Romain Grosjean will end his Formula 1 career as a Mercedes-AMG driver*
View other articles about:
Read the Story →
This article originally appeared on Topgear.com. Minor edits have been made by the TopGear.com.ph editors.
Share:
Retake this Poll
Quiz Results
Share:
Take this Quiz Again
TGP Rating:
/20