Skyway Stage 3 remains open and free to use for now

“In case you missed the Skyway Stage 3 happenings last week, here’s a quick recap. San Miguel Corporation (SMC) reportedly announced the temporary closure of the elevated tollway until all ramps along the segment have been completed. It was merely following what was supposedly the decision of the Toll Regulatory Board (TRB). Shortly thereafter, however, the TRB denied the claims.

“‘Basically, TRB is insisting that Skyway 3 cannot start full operations and collect toll until all ramps are 100% complete. Our supplemental toll operation agreement states that we can start collecting at 95% completion—we are now 97% complete,’ said Ang. ‘We need sufficient funds for the toll road’s daily maintenance, proper long-term upkeep, and to keep it safe and efficient for the motoring public.’

“And now, as SMC’s losses start to add up because the TRB has supposedly been delaying the start of toll collection, the company says the fastest way for the company to finish building the Skyway Stage 3 is to close it until construction reaches 100% completion.

“Ang added that SMC has even agreed to lower the proposed toll rates so that the public will pay less. This will result in an annual revenue of P4 billion for SMC, which is less than half of the P10 billion annual operation costs of the elevated tollway.

“‘Basically, we have done everything to make sure we can viably operate Skyway 3 right away, so we can serve motorists and fulfill our goal, which is to lessen traffic in Metro Manila and, hopefully, through better connectivity, create more jobs and economic opportunities for more Filipino,’ said Ang. ‘This is really a team effort, and we need to work together for our country to succeed.’”

The personnel in viral MRT-3 disinfection video have been relieved

“Commuters were up in arms over the past weekend after a video of MRT-3 cleaning staff ‘disinfecting” train cars in a not-so-thorough fashion surfaced online.

“In response, management initially assured the riding public that it is reprimanding those involved in the viral cleanup video, and later announced that the train line’s maintenance provider ‘[will relieve the] personnel involved in hasty cleaning of train [and deploy] additional staff to supervise disinfection teams.’

“‘The MRT-3 management will not tolerate any breach of health protocols as we stem the spread of COVID-19 while serving the daily transportation needs of commuters,’ reads part of the official statement.

“According to MRT-3 management, the cleaning staff has been reminded to maintain focus and take care when disinfecting train cars. It also released a video showing how to process is really done.”

Speaking of the MRT-3, it will cease operations from March 30 to April 4

“The MRT-3 will be ceasing operations from March 30 to April 4 to make way for the rail line’s scheduled rehabilitation works.

“The turnouts being replaced are necessary for trains to be able to switch tracks. The point machines, meanwhile, allow personnel at the MRT-3 command center to manage the aforementioned turnouts.”

“To help enforce the 10am-5pm curfew in Metro Manila, the Philippine National Police (PNP) will deploy thousands of policemen around the city.

“‘In consultation with our Chief PNP, General Debold Sinas, I have ordered the deployment of additional policemen to augment the National Capital Region Police Office (NCRPO) in the implementation of uniform curfew hours in Metro Manila from March 15 to March 31, 2021,’ said PNP officer in charge Lt. Gen. Guillermo Eleazar.

“In total, more than 373 checkpoints will be set up in various areas around Metro Manila. ‘The mission is plain and simple: All police forces will strictly implement the Uniform Curfew Hours from 10pm to 5am and will ensure that people in Metro Manila observe the minimum health safety standard protocol,’ said Eleazar.

“The public is also reminded that there will only be certain exemptions to the uniform curfew.”

“In an official Facebook post, Cavite governor Jonvic Remulla declared Kaybiang Tunnel a ‘No Tourism Zone’ beginning Friday, March 19, 2021. He cited the rising number of COVID-19 cases across the country as well as the constant heavy traffic around the areas leading up to the tunnel as the reason for this.

“According to the official announcement, there will be no parking, eating, selfies, and loitering within the vicinity of the tunnel. It will also be closed off to cyclists who intend to use it for leisure. In addition, there will also be new Philippine National Police (PNP) checkpoints set up in the towns around the tunnel.

One car lane out, bike and motorcycle lanes in for Julia Vargas Avenue

“Pasig City mayor Vico Sotto has announced via Twitter that the city government is changing the lane configuration of the Julia Vargas Avenue to include a motorcycle lane and a dedicated bicycle lane, both measuring 1.5 meters wide each. The latter will also be separated from the rest of road users by plant boxes and will be painted blue, too.

“In order to make these adjustments, Julia Vargas Avenue will only have two car lanes. Sotto said that while he expects motorists to complain and request for the old format to return, this new format will actually be better for the thoroughfare in terms of carrying capacity. He also stressed that this change will make the thoroughfare safer and promote alternative forms of mobility, too.”

Driving schools, other establishments closed due to surge in COVID-19 cases

“According to Department of Trade and Industry (DTI) secretary Ramon Lopez, driving schools—among other non-essential establishments—will be closed until April 4 (Easter Sunday), due to the continued rise of COVID-19 cases in the Philippines. This is effective immediately.

“Other establishments that will be closed along with driving schools include cinemas, museums, and arcades. Meetings, incentives, conferences, and exhibitions (MICE), meanwhile, are now limited to just 30% capacity, while dine-in restaurants and personal-care establishments may only operate at 50% capacity.

“‘Due to rising cases, DTI also supports scaling back of some activities that were recently reopened or expanded,’ Lopez said.

“‘Reminder also for the people to avoid crowding and crowded places. Establishments (should) improve ventilation, open windows, and doors, (and use) air purifiers.’” 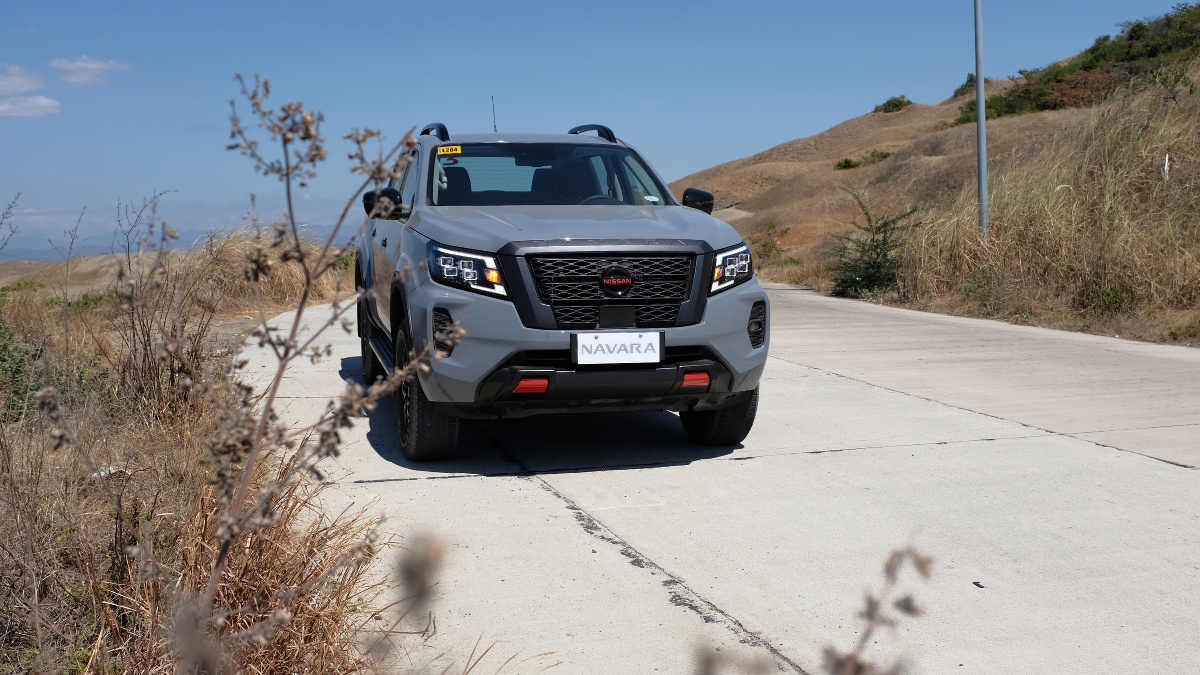 This week in cars: Nissan Navara PH arrival, Hyundai Staria images
View other articles about:
Read the Story →
This article originally appeared on Topgear.com. Minor edits have been made by the TopGear.com.ph editors.
Share:
Retake this Poll
Quiz Results
Share:
Take this Quiz Again
TGP Rating:
/20