“The Land Transportation Franchising and Regulatory Board (LTFRB) has extended the Angkas pilot run until March 23, 2020, giving both partner-riders and passengers several months of extra reprieve from our country’s car-infested roadways.

“The bad news? The agency is now limiting the number of motorcycle ride-hailing units to just 10,000 per company within Metro Manila, and 3,000 for operators in Metro Cebu. The move severely handicaps Angkas’s current operations, as the company employs over 27,000 riders.

“‘Coming into this pilot, 27,000 ang bikers namin, many of whom have been with us serving you, the public, since 2017,” the company said in a statement released over social media. “Sila ay mga beterano, mga magagaling na bayaning matagal niyo nang pinagkakatiwalang itawid kayo sa pang-araw-araw na perwisyo ng traffic.’”

#SaveAngkas then trended on social media, with various local celebrities and public official supporting the movement and joining the rally held on December 22, 2019.

The LTFRB hits back at Angkas for using ‘underhanded tactics’

“In an open letter to the company and its public-affairs head George Royeca, the LTFRB said Angkas is resorting to ‘emotional blackmail’ and ‘underhanded tactics,’ and went as far as to accuse the firm of attempting to monopolize the country’s motorcycle ride-hailing industry.

“‘It is quite unfortunate that Angkas has made a public spectacle, and has resorted to emotional blackmail in its attempt to cement its foothold on this transport service,’ the LTFRB said in a statement released on Facebook.

“According to the LTFRB, Angkas’s claim that the agency’s move to limit the company to just 10,000 riders within Metro Manila isn’t ‘displacement,’ and that riders cut from the service will ‘have the option to choose the best employment/partnership terms either from you, or the two other participants in the program, JoyRide and Move It.’ Like Angkas, these two new players are allowed to operate with 10,000 riders each in Metro Manila.

“The agency also went on to say that Angkas’s attempt to monopolize the industry is ‘unacceptable,’ and that the company’s participation in the agency’s pilot run ‘should not be construed as a right to impose or demand monopolistic provisions that will be detrimental to the program in the long run.’”

The DOTr has something to say about motorcycle taxis, too

“According to a statement released by the Department of Transportation (DOTr), only 5,056 units are registered with Angkas, JoyRide, and Move It so far. This is based on data collected by the government’s Motorcycle Taxi Pilot Run Technical Working Group (TWG) as of 9am of December 26, 2019.

“Of that number, 2,204 motorcycle-taxi units are registered with Angkas, 1,438 units with JoyRide, and 1,414 units with Move It. Those figures are significantly short of the 10,000-unit limit per ride-hailing company that the TWG is now imposing within Metro Manila.”

In addition, TWG consultant Alberto Suansing made six clarifications about the motorcycle-taxi issue.

Apparently, motorcycle taxis will have to cease operations after March 23, 2020

“The technical working group (TWG) formed by the DOTr has recently clarified that there will be no further extensions once the current motorcycle-taxi pilot run ends on March 23, 2020.

“According to an Inquirer.net report, TWG chairman Antonio Gardiola Jr. said that the aforementioned time period is enough to be able to gather data needed for the study. He also emphasized that there should no longer be any motorcycle taxis operating once the pilot run concludes, and the service providers will have to wait for the government to finalize the necessary policies first.”

“According to an Inquirer.net report, the Metropolitan Manila Development Authority (MMDA) is planning to implement the dedicated motorcycle lane along EDSA by 2020, but it plans on using barricades to do so.

“Nebrija also said that plans have already been laid out for this, but cites the lack of funding as the reason why it hasn’t been rolled out yet.”

“President Duterte’s promise earlier this year to reduce travel time from Cubao to Makati by five minutes is no longer feasible for 2019. The news was broken by presidential spokesperson Salvador Panelo during a briefing in Malacañang.

“‘For this December, kalimutan na muna natin, unless you want to ride on a chopper,’ Panelo said.

You can travel for free on SMC Tollways over the holidays

“If you’re traveling south these holidays, take note that you can do so along some major expressways free of charge. SMC Tollways, the outfit behind SLEX, NAIA Expressway, TPLEX, Skyway, and Star Tollway, has announced it will waive toll fees on these thoroughfares this holiday season.

NAIA overnight-parking facilities will be unavailable until January 5, 2020

“Heads up to motorists who frequent Ninoy Aquino International Airport: Management has announced that it is suspending overnight parking at all of its terminals from December 26, 2019, until January 5, 2020.

“In an announcement released over social media, NAIA management said the move comes in a bid to ‘address the requirement of the bigger majority of motorists using the NAIA parking areas.’ This is could be in preparation for a busy week for the airport, as arrivals are expected to ramp up as the 2019 holiday season comes to a close.”

“A couple of weeks ago, the Philippine Competition Commission (PCC) ordered Grab Philippines to refund P14.15 million to its customers. This was on top of the initial P5.05 million refund that the company dealt with last November. Now, Grab has announced that these amounts will be disbursed starting December 31, 2019.

An Anti-Road Rage Act is in the works

“House Bill No. 5759—also known as the Anti-Road Rage Act—aims to sanction drivers who intimidate, threaten, or attack fellow motorists on the road either verbally or physically. According to the bill, these actions include ‘mild to moderate screaming, wild gesturing at others, cursing or using bad language, physical attack at another or an attempt thereof, reckless driving, any kinds of threat or intimidation, any use of force against another person, and other analogous circumstances.’ You can check out the official bill here.

“Under this proposal, violators may be imprisoned from a minimum of six months up to a maximum of six years, and will be fined no less than P250,000. In addition, the driver’s licenses of these violators will be revoked and will not be renewable for the next five years following the incident.” 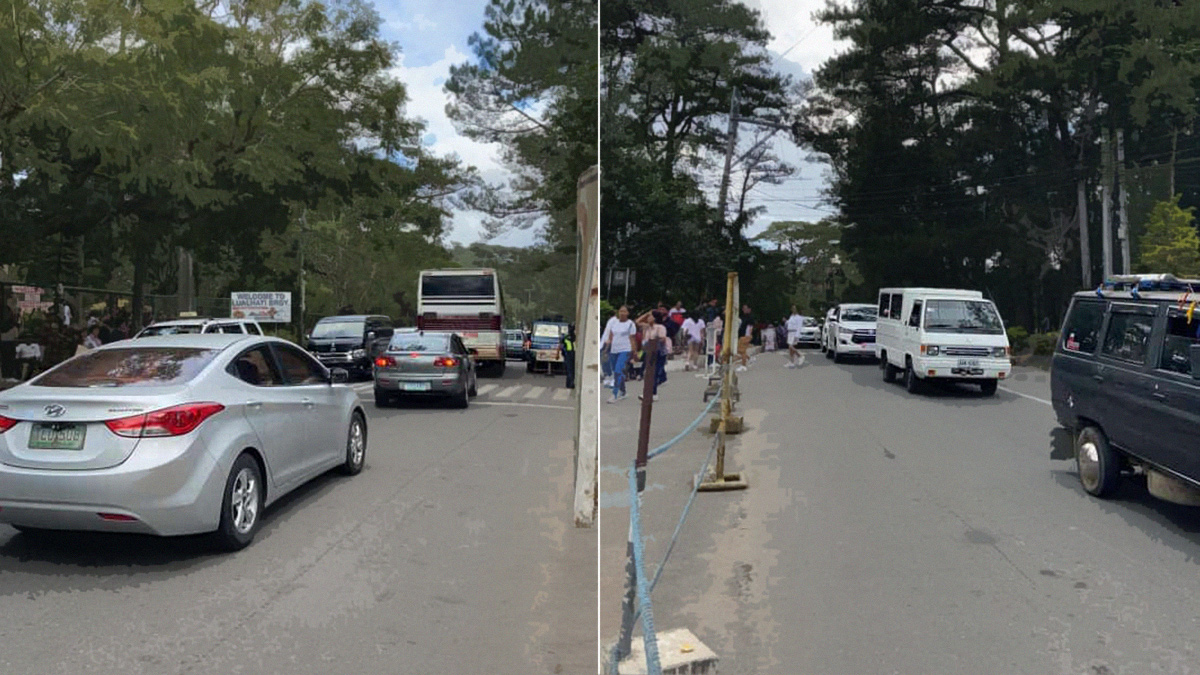 DPWH records 70,000+ private cars flocking to Baguio from December 21 to 26
View other articles about:
Read the Story →
This article originally appeared on Topgear.com. Minor edits have been made by the TopGear.com.ph editors.
Share:
Retake this Poll
Quiz Results
Share:
Take this Quiz Again
TGP Rating:
/20