Over 121,000 road accidents were tallied in Metro Manila last year

“The Metropolitan Manila Development Authority (MMDA) has already released the full Metro Manila Accident Reporting and Analysis System (MMARAS) annual report for 2019, so it’s time to see how much safer or more dangerous the roads in the metro have become over the past year.

“Cars and motorcycles had the highest involvement in last year’s reported road incidents, accounting for 118,552 and 35,006 involved vehicles, respectively. There were more motorcycle-related deaths, however, with 234 reported fatalities.

More fatal motorcycle accidents were recorded in 2019 than in 2018

“Of course, you have to take into account the role sheer numbers play here: According to the MMARAS statistics from 2018, 1,284,345 motorbikes were registered in Metro Manila compared to just 476,102 units for cars—no doubt these figures have grown significantly since that report was released, too.”

These are the most dangerous times to drive in the metro

“MMARAS statistics from last year show that it’s significantly more dangerous to drive in the early morning compared to the rest of the day. In 2019, a total of 372 fatal road incidents were recorded—about a third of that figure taking place from 1am to 5am (111 incidents). The most dangerous hour is from 1am to 2am, with 33 fatal incidents.

“It’s worth noting, however, that incidents involving damage to property and non-fatal injuries were significantly down during those hours—probably due to there being considerably fewer drivers on the road. In fact, 3am to 4am recorded the fewest number of incidents overall (1,858). Most incidents were recorded from 11am-12pm (7,164).

“‘Table three clearly observed that between 3am to 4am (early morning) indicates less road crash incidents,’ the 2019 MMARAS report reads. ‘However, between 1am to 2am was the most reported deaths in road crashes, maybe because motorists take advantage of wider roads, are tired, or are under the influence of alcohol while driving.’”

Do you often go for a gap that doesn’t really exist?

“According to the 2019 MMARAS report, the two most common types of collisions in Metro Manila last year were sideswipes with 9,299 incidents and rear-ends with 4,712 incidents. Angle impacts were a distant third on the list with 2,523 incidents, and a total of 7,328 incidents last year did not have a stated collision type.

“Hitting a parked vehicle (277 incidents), hitting an object (199 incidents), and head-on collisions were the least common accident types in 2019.”

“The Metropolitan Manila Development Authority (MMDA) has just released its latest Metro Manila Accident Recording and Analysis System report for 2019. For the third consecutive year, according to the report, C5 continues to be the deadliest road for motorists with 31 fatalities recorded last year.

“Pateros, meanwhile, had the lowest number of reported road crashes for 2019. The MMDA points to five different reasons for this, such as ‘smaller land area, lesser arterial roads, no central business district, the fewer volume of road users, and more manageable traffic direction and control.’”

“A week after rolling out Road Clearing Operation 2.0, the Department of the Interior and Local Government (DILG) is ramping up its efforts to unclog the streets of the metro even further as it has now instructed local government units (LGUs) to establish impounding areas for their respective cities and municipalities.

“According to the new Memorandum Circular (MC) 2020-031, these LGUs must designate impounding areas that will be used to store illegally parked vehicles that were towed, as well as those that broke down or were involved in road accidents.

“Secretary Eduardo Año of the DILG is now mandating the various LGUs to pass ordinances in order to clarify and properly lay out all the guidelines on the towing and impounding of vehicles, as well as on the release of impounded vehicles and the corresponding penalties. These ordinances, he said, should be both consistent with national laws and reasonable.

“The secretary also emphasized that the LGUs should have not just the storage facility, but the proper equipment—such as tow trucks— for these operations as well.”

“The impact of the coronavirus stretches far beyond the borders of health and general public safety—factories have been shut down, stocks have fallen, and…vacations have been canceled?

“That last bit may sound trivial in the grand scheme of the outbreak, but for countries and communities that rely on tourism for income, COVID-19’s effects on the international travel scene are anything but.

“To offset the outbreak’s impact on Philippine tourism, House Speaker Alan Peter Cayetano believes the nation should turn to infrastructure. The official has even ordered the government’s economic and infrastructure team to fast-track projects for this purpose. How exactly will this negate the effects of the coronavirus? For starters, he says an infra push will help create jobs for individuals whose livelihoods rely on tourism.

“‘The silver lining now will come if we pump prime the economy by focusing on some infra projects, both small-, medium-, and large scale.’”

The LRT-2 should be fully operational once more by June

“According to an Inquirer.net report, LRTA spokesperson Hernando Cabrera recently told the House committee on transportation that the agency plans to speed up its procurement process so the LRT-2 may resume operations between Anonas and Santolan as early as possible. ‘We’re confident that by June, or even prior to June, we can complete the repairs and that the provisional operations will be implemented,’ he said.

“However, Cabrera added that while the trains may soon reach the line’s three easternmost stations, operations won’t normalize as quickly: ‘This means the trains may be a bit slower, or cannot run for too long at any given time, but [we] will at least restore the stations.’” 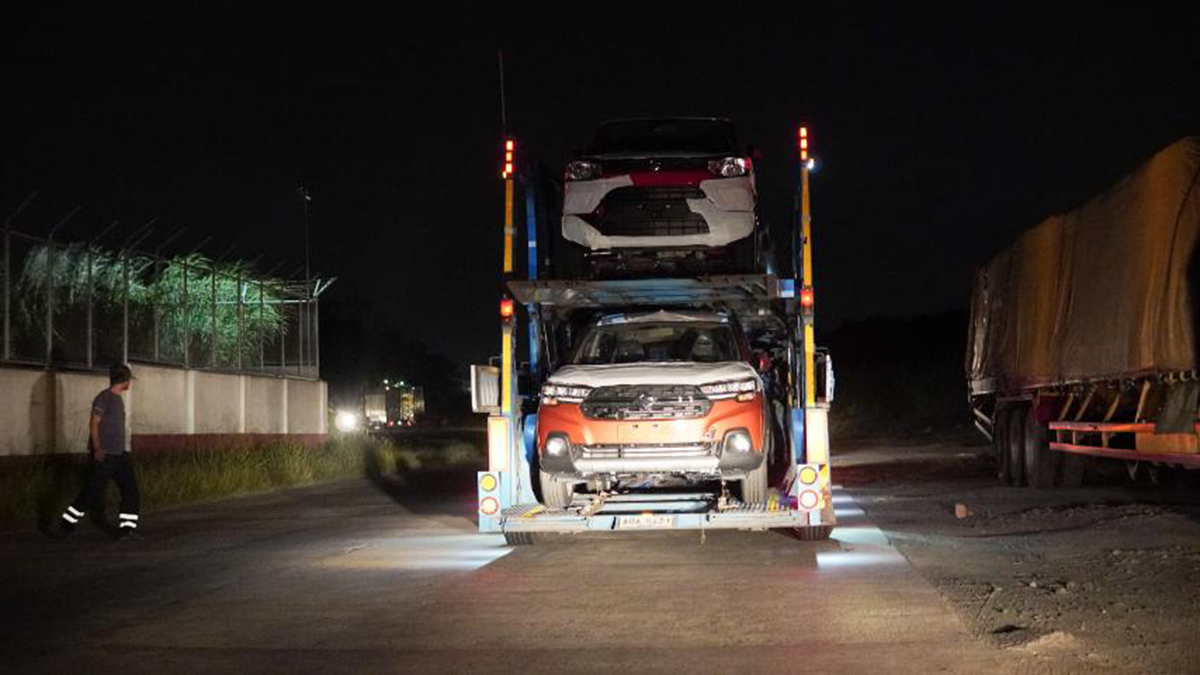