“In a recent interview with Summit Media editors, San Miguel president and COO Ramon S. Ang—who is also the big boss over at BMW Motorrad Philippines—says he’s aware of the phenomenal growth of the local motorcycle community in recent years.

“Since he is also at the helm of SMC Tollways, we took the opportunity to ask him about the possibility of lowering the toll fees for motorcycles as they are smaller and lighter, and have just two wheels compared with regular cars under the Class A category.

“Up to now, he adds, the SMC-owned expressways have not yet been allowed by the Toll Regulatory Board (TRB) to increase toll charges, which has brought the amount of uncollected toll-fee hike to some P17 billion.

The southbound Quirino exit of Skyway Stage 3 is now operational

“SMC has announced that Skyway Stage 3’s southbound Quirino exit is now open, saying the opening will allow motorists to get to the city of Manila from Balintawak and Quezon Avenue in under 20 minutes. Prior to this, it took more or less an hour and a half.

“‘This will redound to relief from congestion and faster and easier commutes for many of our countrymen on our major thoroughfares,’ Ang said.

“‘We remain dedicated to providing convenient and seamless travel for motorists to help decongest Metro Manila and enable growth in all areas that we reach.’

“In the grand scheme of the entire Skyway Stage 3 project, the opening of this exit is just the tip of the iceberg. Once the elevated expressway is fully operational, it’s expected to divert as many as 75,000 vehicles away from already-congested thoroughfares like EDSA and C5.

“In case you missed it, the Toll Regulatory Board (TRB) has already given provisional approval to SMC toll fees for Skyway Stage 3. The operator has yet to begin collecting toll along the thoroughfare, though.”

The DOTr has approved tollway access for 600cc three-wheelers

“The Department of Transportation (DOTr) has approved DOTr Administrative Order 2021-006, titled ‘Supplemental Rules and Regulations Governing the Use of Limited Access Facilities (Expressways) by Motorcycles.’

“Administrative Order 2021-006 is a supplemental document of Department Order (DO) 2007-38, which permits motorbikes with 400cc engines or bigger to enter tollways.

“‘Whereas, after the promulgation of DO 2007-38 in 2007, however, there were changes in design, advancement in technology, and safety standards, among others, of motorcycles which is one of the preferred and chosen modes of transportation by motorists using our highways/roads,’ states the document signed by DOTr secretary Arthur Tugade.

“‘Whereas, to keep DO 2007-38 abreast with the aforesaid changes, there is a need to supplement the same to cover the class of motorcycles with three wheels, and at the same time, set a new standard of engine displacement for this class of motorcycles, that will be allowed in the Limited Access Facilities,’ it added.

“The Quezon City the local government has finally inaugurated its 93km intra-city bicycle-lane network, which leads to major activity areas in the metro.

“QC mayor Joy Belmonte is grateful to the DOTr, the Department of Public Works and Highways (DPWH), and the Metropolitan Manila Development Authority (MMDA) for helping the city achieve its goal of becoming the largest bike-friendly municipality in Metro Manila.

“QC’s bike-lane network is part of the 338km urban inter-city bike network, which is covered by the DOTr and the DPWH’s Metropolitan Bike Lane Networks under the Bayanihan to Recover as One Act (Bayanihan II). Expected to be completed in June 2021, the project has a total length of 530km spanning Metro Cebu, Metro Davao, and Metro Manila.” 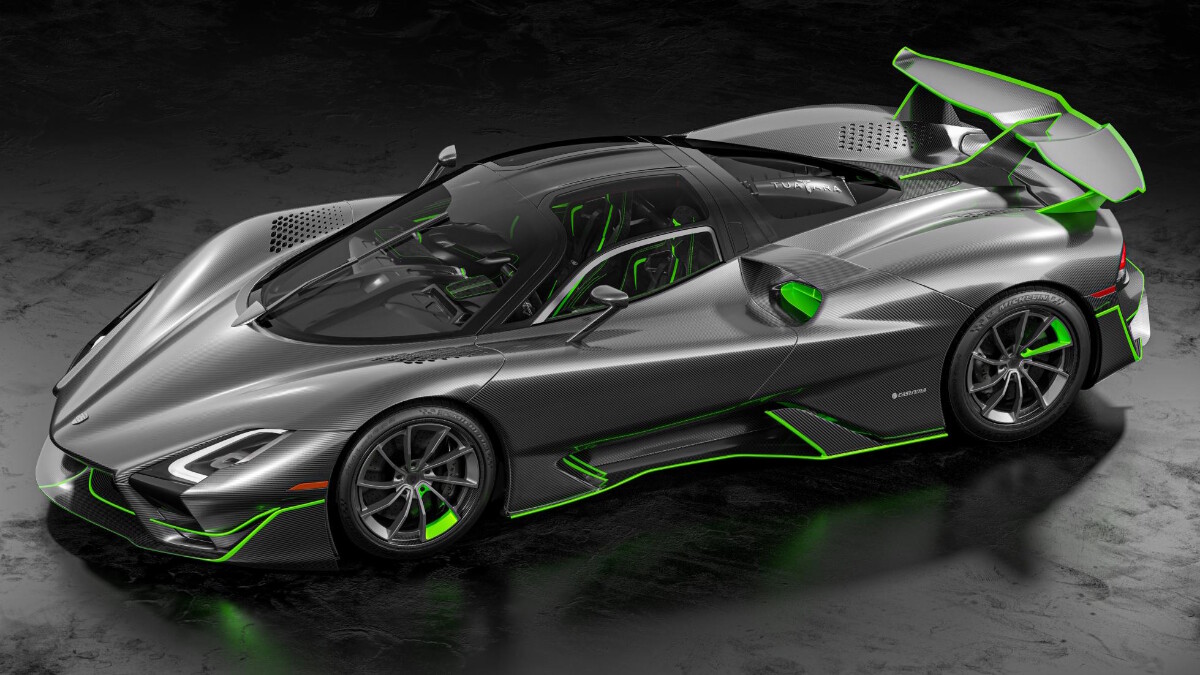 The SSC Tuatara now exists in two more forms: the Striker and the 2,200hp Aggressor
View other articles about:
Recommended Videos
Read the Story →
This article originally appeared on Topgear.com. Minor edits have been made by the TopGear.com.ph editors.
Share:
Retake this Poll
Quiz Results
Share:
Take this Quiz Again
TGP Rating:
/20