ICYMI: Class 2 vehicles back on Skyway, MMDA on its road-clearing ops

Ready to see trucks and buses again along the elevated tollway?
by TopGear.com.ph | Mar 27, 2022

“Right before this pandemic started, San Miguel Corporation (SMC) made the entire Skyway system a ‘Class 1-only’ tollway. Now, after two long years, the company is opening the elevated road network to Class 2 vehicles once again.

“Starting April 1, 2022, buses and closed vans exceeding seven feet in height will be allowed to use Skyway Stages 1, 2, and 3, as well as the NAIA Expressway and Skyway Extension.

“All Class 2 vehicles are required to have Autosweep RFIDs (with enough balance) installed. A speed limit of 60kph for all Class 2 vehicles will be strictly enforced, and modified four-/six-wheelers and closed delivery vans will not be allowed entry. SMC will also place dedicated lanes for Class 2 vehicles in various locations so as to avoid long queues at toll plazas.”

“If you’re someone who’s constantly parking your car on the side of the road illegally because you’ve never been caught, it might be time to change your ways. Your luck might just run out.

“The Metropolitan Manila Development Authority (MMDA) wants the public to know that clearing operations for illegally parked vehicles are still a thing. In fact, the agency lugged around the media during a recent crackdown just to remind everyone to park where they’re supposed to.

“Has anyone here noticed that the flow of traffic has worsened ever since Metro Manila shifted back to Alert Level 1? Don’t worry, you’re not alone. The Metropolitan Manila Development Authority (MMDA) has observed this and is looking into ways to address the issue.

“One solution the MMDA is currently looking into is an adjustment to government office hours. The idea is that making the start and end of the workday earlier will shift some commuters away from rush hours in the morning and evening, respectively.

“The agency also previously mentioned that there are plans to expand the current number coding scheme to cover 7am to 9am as well.”

ALSO READ:
Here are the corresponding fines, penalties of all licensing, traffic violations in PH
Fines, payments, schedule: Your complete guide to the number coding scheme

“The Department of Transportation (DOTr) has continuously been making improvements to the MRT-3 over the past few years under the MRT-3 Rehabilitation Project. Now, after works on the rail line are finally complete, the agency has officially inaugurated the project.

“The upgrades to the MRT-3 line include increases in operating speed, number of operating trains, and daily passenger capacity. The trains, which previously operated at 30kph, now run at a maximum speed of 60kph, effectively reducing headway between trains from 9min to just 3.5min.

“The DOTr also says that from the previous average of 10-15 trains operating daily, there are now a total of 23 trains running the MRT-3 line. This has also doubled the daily passenger limit from 300,000 to 600,000.

“The MRT-3’s Control Command Center is now fully renovated. It features upgrades like a new high-resolution CCTV system. In addition to all these, the DOTr says the trains have new air-conditioning systems installed, and all elevators and escalators at the stations are now fully operational.”

In celebration, MRT-3 rides will be free from March 28 to April 30

“In celebration of the inauguration of the MRT-3 Rehabilitation Project yesterda, the DOTr has announced that commuters will be able to enjoy free rides along the rail line starting next week.

“According to the DOTr’s latest advisory, the MRT-3 free rides will only be available from March 28 to April 30. Look:

“‘Indeed, this is showing that DOTr is making numerous great achievements under the leadership of Secretary Art Tugade,’ said Japan International Cooperation Agency (JICA) Representative Takema Sakamoto. ‘I am certain that this flagship project will be a showcase of the strong partnership between the two nations. Rest assured that JICA is, and will be always with you, to support the seamless transportation infrastructure for the better and comfortable life of the Philippines.’”

“Pleasant news for you Bulakenyos: A new bypass road connecting Meycauayan and Marilao is now open.

“The Department of Public Works and Highways (DPWH), the Department of Transportation (DOTr), and the NLEX Corporation have officially opened the Meycauayan-Marilao East Service Road. This two-lane road serves as an alternate route for motorists going in and out of the two areas.

“The road occupies a portion of the North Luzon Expressway right of way in Barangay Lias, Marilao. It bypasses MacArthur Highway, providing motorists coming in from Paso de Blas, Valenzuela City direct access to Lias, Marilao. The new bypass road is also expected to ease traffic at the Meycauayan Interchange during rush hour.” 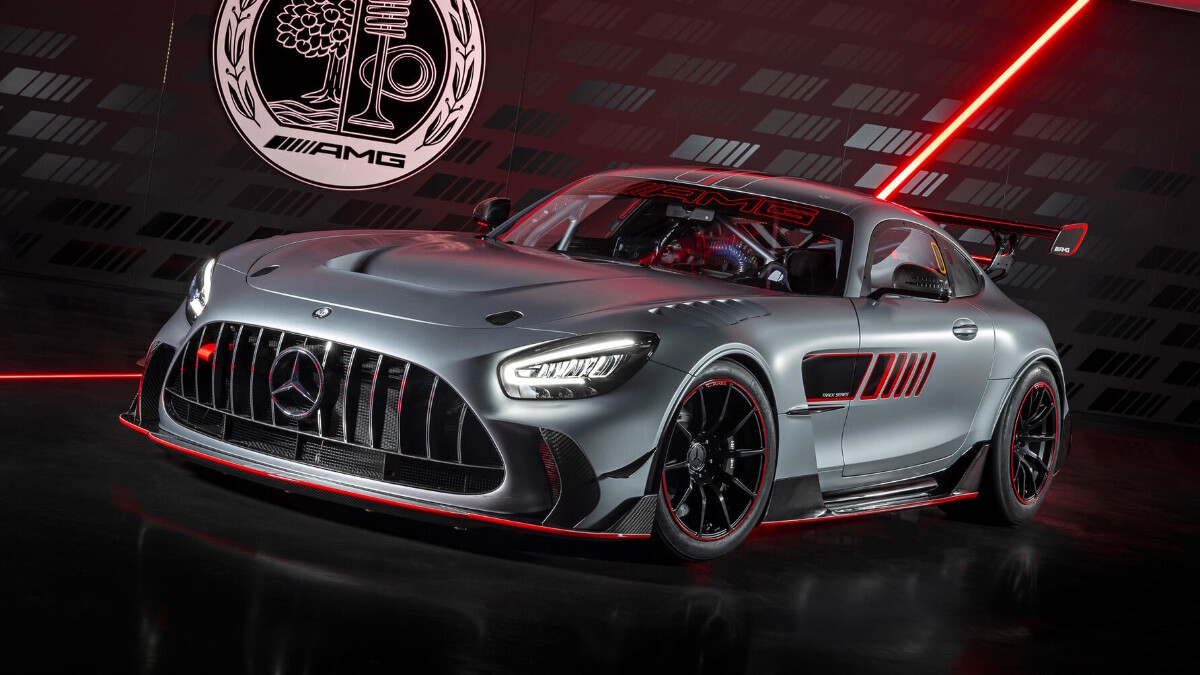 The 767hp GT Track Series is Merc-AMG’s most powerful customer sports car
View other articles about:
Recommended Videos
Read the Story →
This article originally appeared on Topgear.com. Minor edits have been made by the TopGear.com.ph editors.
Share:
Retake this Poll
Quiz Results
Share:
Take this Quiz Again
TGP Rating:
/20