The MMDA reminds riders to stay out of the bus lanes

“Keeping public transport flowing in a smooth fashion isn’t the only reason the Metropolitan Manila Development Authority (MMDA) is trying to keep motorbikes out of the EDSA Busway lane. Besides maintaining order, the agency is trying to keep both riders and commuters safe as well.

“Earlier today, MMDA traffic chief Bong Nebrija took to Facebook to share how the agency’s enforcers are constantly trying to keep riders out of bus lane.

“While most of the violators are able to avoid apprehension, the unlucky few who are caught off-guard are pulled to the side of the road and ticketed. One rider was shown getting caught and confronted by the traffic chief, who then proceeded to scold him for his reckless riding.”

“Philippine National Police (PNP) chief General Guillermo Eleazar will be bowing out of the service on November 13, 2021, as he reaches the mandatory age of retirement of 56.

“His tour of duty as the head of the PNP may be limited to six months, but he will be leaving an indelible mark in the riding community for swiftly acting on two incidents of reckless riding that involved three civilians and two policemen.

“The Zambales-based riders and the uniformed personnel were penalized for illegal street racing and showboating with their government-issued motorbikes, respectively. Both incidents were caught on video, which helped authorities identify these reckless riders and track them down to file the appropriate charges. The PNP chief called on the street racers to voluntarily submit themselves to an investigation by the Land Transportation Office (LTO), which led to the revocation of their driver’s license. The two Highway Patrol Group (PNP-HPG) riders, for their part, got suspended.

“A motorcycle rider himself, Eleazar is looking forward to more relaxing rides after he hangs up his police uniform for the last time in less than a month. But before his retirement, he was gracious enough to chat with motovloggers Naj Abdul and Iñaki Jose, as well as this writer, about his campaign for road safety and discipline.

“‘We all know that having a driver’s license is not a right but a privilege,’ said Eleazar, emphasizing that the PNP will not hesitate to apprehend anyone who violates the law, particularly traffic rules and regulations. ‘Importante na hindi tayo makadisgrasya at madisgrasya. Kaya nananawagan po ako sa lahat ng riders na dapat maging maingat at huwag gamitin ang kalsada para sa mga karera. May lugar para diyan.’

“It didn’t take long before the discussion focused on Marilaque Highway, which has become synonymous with street racing and related accidents. This is also the main subject of Abdul’s advocacy for more than a year now. After Abdul showed Eleazar some clips, the latter assured that he will find ways to improve the enforcement of traffic laws, particularly speed limits, in the area.”

“The Department of Transportation (DOTr) ordered the Land Transportation Office (LTO) to put the mandatory testing at private motor vehicle inspection centers (PMVICs) on hold a few months back. Now, the latter is clarifying that the policy remains suspended.

“After talks of PMVICs in some provinces resuming mandatory inspections surfaced, the LTO responded with a statement confirming that motorists can still have their vehicles inspected at private emission testing centers (PETCs). This, however, does not mean that PMVIC operations have been suspended.

“Galvante added that the rollout of the new Land Transport Management System (LTMS), which links PMVICs with LTO offices, does not mean the return of the mandatory PMVIC testing policy. He said that this is only part of the agency’s efforts to optimize the Motor Vehicle Inspection and Registration System (MVIRS).”

“Here’s a question for motorists who pass through EDSA regularly these days: Is it starting to feel like traffic is getting worse by the day? Well, don’t worry, it’s not just your head playing tricks on you.

“According to statistics from the Metropolitan Manila Development Authority (MMDA), the volume of vehicles traversing EDSA has already reached pre-pandemic levels. The agency says a total of 390,238 vehicles traveled along the thoroughfare on October 7, 2021—that’s just slightly fewer than the 405,882 total logged back on July 8, 2019.

“On a positive note, the MMDA did observe that the average speed from Monumento to Roxas Boulevard is now 23.43kph, which is much faster than the 11kph average from two years ago. You can check out the advisory below:

“Perhaps the President’s statement back in June doesn’t hold true anymore now, does it? In a way, though, it’s not that bad seeing as we’ve already entered the dreaded ‘-ber’ months and the volume is still lower than that of July 2019. There’s also the prolonged suspension of the number-coding scheme to consider, too.”

“Transport groups have recently filed a petition for a fare increase in light of the rising fuel prices. The Department of Transportation (DOTr), however, seems to have other plans in mind.

“In addition, the agency says it has written to the Department of Energy to work on other solutions such as fuel subsidies for PUV drivers and operators. The DOTr is also continuing its vaccination drives for transport-sector employees so they may be avail of vaccination perks such as discounts on fuel.

“In the same statement, the DOTr mentioned that it will be sending a recommendation to the Inter-Agency Task Force for the Management of Emerging Infectious Diseases (IATF) to increase the current passenger capacity of PUVs.” 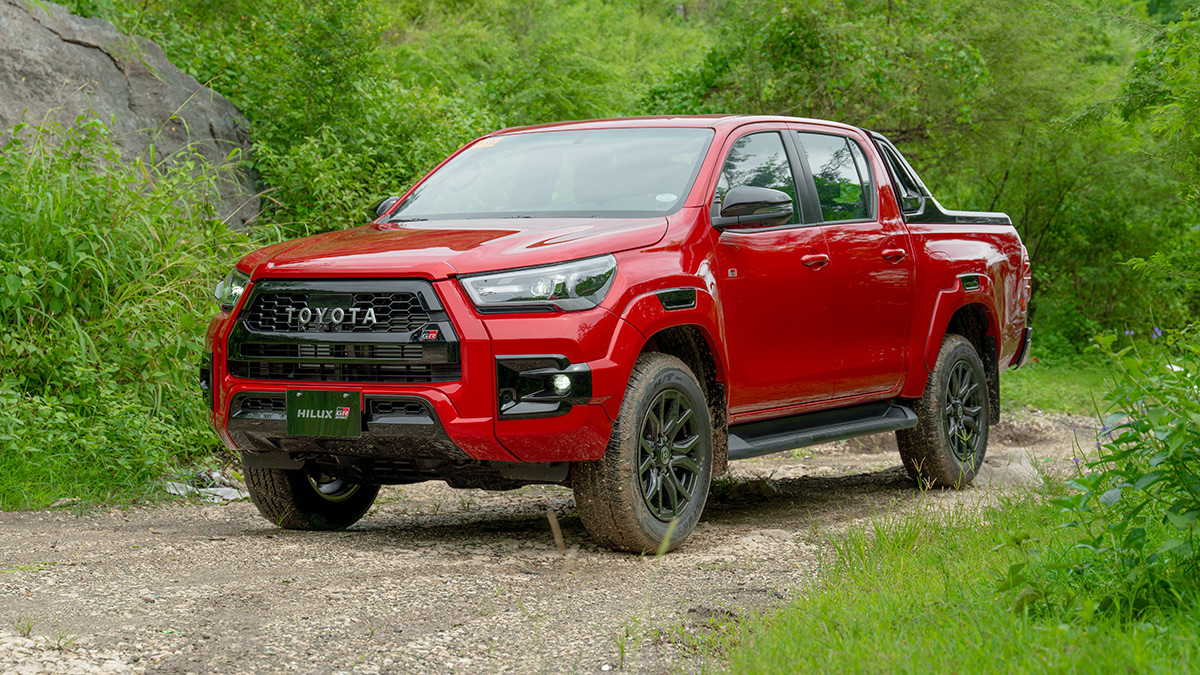 The Toyota Hilux GR-S arrives with suspension and tech upgrades and a P1.985-M price tag
View other articles about:
Read the Story →
This article originally appeared on Topgear.com. Minor edits have been made by the TopGear.com.ph editors.
Share:
Retake this Poll
Quiz Results
Share:
Take this Quiz Again
TGP Rating:
/20