ICYMI: EDSA U-turn slots to be closed, LTO on registration of e-kick scooters

“It’s clear that the Metropolitan Manila Development Authority (MMDA) is keen on improving its EDSA Busway system even further. After putting up concrete barriers and new metal bollards along the thoroughfare, the MMDA has now announced that it will be closing 13 U-turn slots to make way for the dedicated bus lanes. The announcement was made by MMDA spokesperson Celine Pialago, according to a report by GMA News.

“For a full list of the slots to be closed as well as for the alternate routes provided, click here.

The Malolos-Clark Railway Project’s contractor has been named

“The contract for the Malolos-Clark Railway Project (MCRP) Package 1 has been awarded to a joint venture between Megawide Construction Corporation and two Korean companies, Hyundai Engineering & Construction (Hyundai E&C) and Dong-ah Geological Engineering.

“Megawide said the notification of award for the MCRP had been issued on Friday, September 18.

“The MCRP is part of the Department of Transportation (DOTr)’s North-South Commuter Railway (NSCR) project. With an estimated cost of P28 billion, it involves building and provision of civil engineering works for approximately 17km of viaduct structure, including elevated station buildings in Calumpit, Bulacan, and Apalit, Pampanga.

“The first phase of the NSCR, which broke ground in February 2019, is the 37.6km Tutuban-to-Malolos leg that will run a total of 13 train sets with eight wagons each. This will be linked to MCRP, and will also be seamlessly integrated into one railway system with PNR Calamba.”

“A lot of businesses ‘on wheels’ have surfaced throughout the COVID-19 pandemic, but this one is something we don’t see too often: a mobile vet clinic for spaying and neutering cats and dogs. It’s the Mobile S/N, an initiative launched by the Department of Veterinary Medicine and Fisheries (DVMF) of the Cebu City local government.

“Dr. Jessica Maribojoc, Animal Health division chief at the DVMF, told us that these mobile spaying and neutering services are being brought directly to the barangays in the city. She also said that prior to acquiring the vehicle—which appears to be a modified Hyundai HD65 truck—the DVMF used to bring its services to neighboring areas by setting up tents at different locations. With this vehicle, she said that the department can cover more ground at a faster pace.

“To avail themselves of these services for their pets, residents must first register their cats and dogs with the city government. The annual registration fee is at P200. As for spaying and neutering fees, click here. Maribojoc also mentioned that the city government is offering free spaying for female dogs in certain areas. This is because most of the reported rabies cases in the city come from dogs, and this is one humane way to control both the growing population and the rabies problem.”

Should electric scooters, bikes, and kick scooters be registered...

“All users of electric scooters, trikes, and especially kick scooters, here’s a heads-up: The Land Transportation Office (LTO) has issued a fresh warning that these forms of alternative mobility are not to be operated on main thoroughfares, as doing so constitutes a violation of Republic Act No. 4136 or the Land Transportation and Traffic Code.

“In a DZBB interview earlier today, September 22, LTO chief Edgar Galvante issued the warning in the wake of the surge in popularity of these modes of transport not only Metro Manila but also in other urban centers, as a result of the public-transport shortage during the COVID-19 quarantine.

“In the absence of a national law that governs the use of the said devices, Galvante pointed out that these are not allowed on major roads. He also reminded owners of such devices to register their units ‘for monitoring.’ Only after the official guidelines for the use of electric-powered alternative mobility has been released by the Department of Transportation (DOTr) will the LTO require some of the units to be registered.

“The requirement for registration will depend on the power of the device’s electric motor. Users of electric scooters, trikes, and kick scooters with powerful motors will also be required to get an LTO driver’s license. In addition, they must wear proper riding gear when they hit the road.

“Asked if the users could run on bike lanes or sidewalks, Galvante said this will depend on the regulations to be issued by different local government units (LGU). As of now, there will be no apprehension for riders of unregistered units, he assured, but those caught blatantly violating traffic laws will be apprehended, and their devices will be impounded by traffic authorities.

“The former police official said he is expecting the DOTr to release the approved guidelines for electric scooters and kick scooters soon.”

...and should their users be required to have a driver’s license?

“Days after the previous story, LTO chief Edgar Galvante stood firm on his recommendation to the DOTr that all electric scooters, kick scooters, and bicycles capable of doing more than 25kph must be registered with the agency. This is despite DOTr secretary Arthur Tugade’s statement that he is not in favor of requiring owners of these alternative forms of transport to register their units, considering the country is in the midst of a pandemic.

“The LTO chief also stated that his recommendation to the DOTr included requiring those who use e-kick scooters and e-bicycles that can go faster than 25kph to obtain a driver’s license.

“Although riders of low-speed e-bikes and e-kick scooters are not required to register their units or obtain a driver’s license, Galvante wants them confined within bicycle lanes and secondary or barangay roads designated by LGUs. He said these safety parameters for so-called ‘personal mobility devices’ or PMDs are aimed at protecting users every time they venture onto major roads alongside bigger and faster vehicles.”

PH as a manufacturing hub for EV parts? The DTI thinks it’s possible

“Electric vehicles aren’t widely available yet here in the Philippines, and some of the main reasons revolve around the issues of regulation and the lack of proper EV infrastructure. That said, the Department of Trade and Industry (DTI) sees potential and still believes that the country can become a regional manufacturing hub for various EV components.

“During the recent 8th Philippine Electric Vehicle Summit that was held online, DTI secretary Ramon Lopez said that the country’s ‘strong electronic and electronic parts sector, mineral resources, and development of its competency in EV technology’ are its three key advantages in the EV industry.

“Lopez stressed that locally manufactured electronic components account for more than 50% of Philippine exports, and said that the EV industry can leverage on strengths in domestic production to develop components for electric vehicles. ‘More than just locally manufacturing e-PUVs (public utility vehicles), let us envision the Philippines to be a globally competitive and innovative manufacturing hub for strategic EV parts and components like auto-electronics, charging stations, and EV batteries,’ he said.

“The agency chief also emphasized that the country is rich in mineral resources used for producing batteries, such as nickel and cobalt: ‘In fact, the Philippines hosts 5% of global nickel reserves and 4% of global cobalt reserves. Let us make use of these valuable reserves to produce high-value products such as batteries.’”

“The past week, news broke out that Facebook did some cleaning up on its platforms, removing a bunch of shady accounts in the process. We think it may have missed one.

“Several readers have reached out to us about a fake Instagram account pretending to be ‘Top Gear Industries Incorporated’ (lol).  One report we received included screenshots of conversations regarding a ‘100% real and legit’ prize. The fake account even included a photo of a supposed winner’s account and bank transfer details as proof of this fake prize’s legitimacy.

“Guys, this isn’t us. For one thing, ‘topgearphilippines2’ has only eight posts and 52 followers. We’d like to think we can get more people following us than that figure from supportive relatives alone. Secondly, we won’t go around sharing other people’s bank details.

“Anyway, if this page or anyone else shady reaches out telling you you’ve won a prize, report it and ignore. Just file this page in with all those ousted Nigerian princes and laughable like-and-share car promos. The general rule of thumb here is if something online is too good to be true, it probably is.” 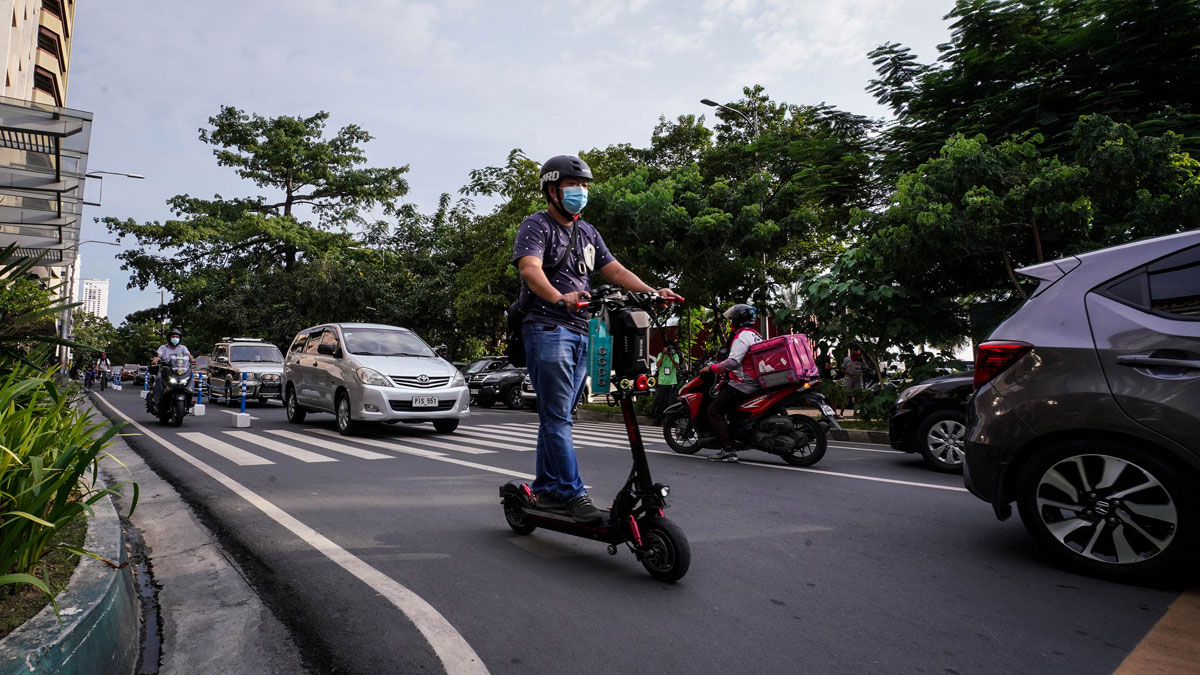 LTO chief pushes for registration of e-kick scooters capable of over 25kph
View other articles about:
Recommended Videos
Read the Story →
This article originally appeared on Topgear.com. Minor edits have been made by the TopGear.com.ph editors.
Share:
Retake this Poll
Quiz Results
Share:
Take this Quiz Again
TGP Rating:
/20