The most expensive cars in the world, part two

Missed the first part of the list? Check it out here. 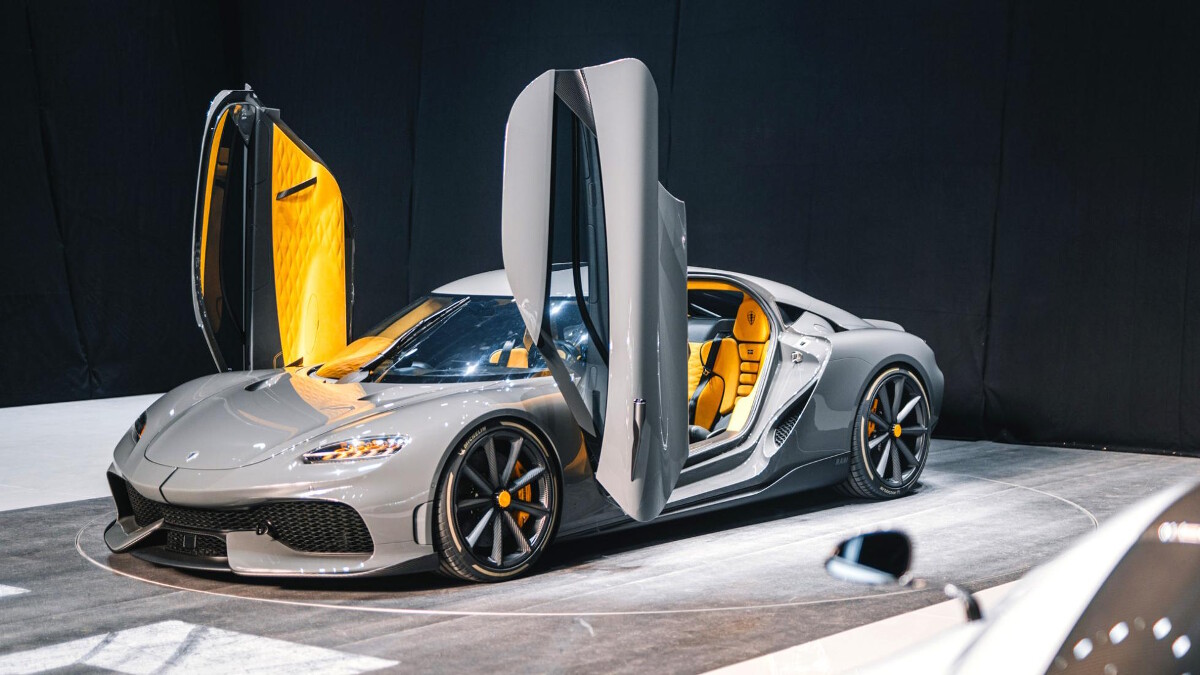 Price: €1.7 million (P96.5 million)
Could this be the most brain-bending supercar of all time? Early odds certainly favor it. The Gemera has a 2.0-liter three-cylinder engine with zero camshafts, 600hp, and 600Nm. This is seated in a rear-mid-engine position, where it drives...the front wheels. Right.

There are then three electric motors driving the crankshaft and the rear wheels, for a total of 1,700hp and, somehow, more than 3,385Nm. And it’s also a four-seat car with room in the back for regular-size adults. Does anyone else get the impression that Christian von Koenigsegg colors outside the lines of logic? 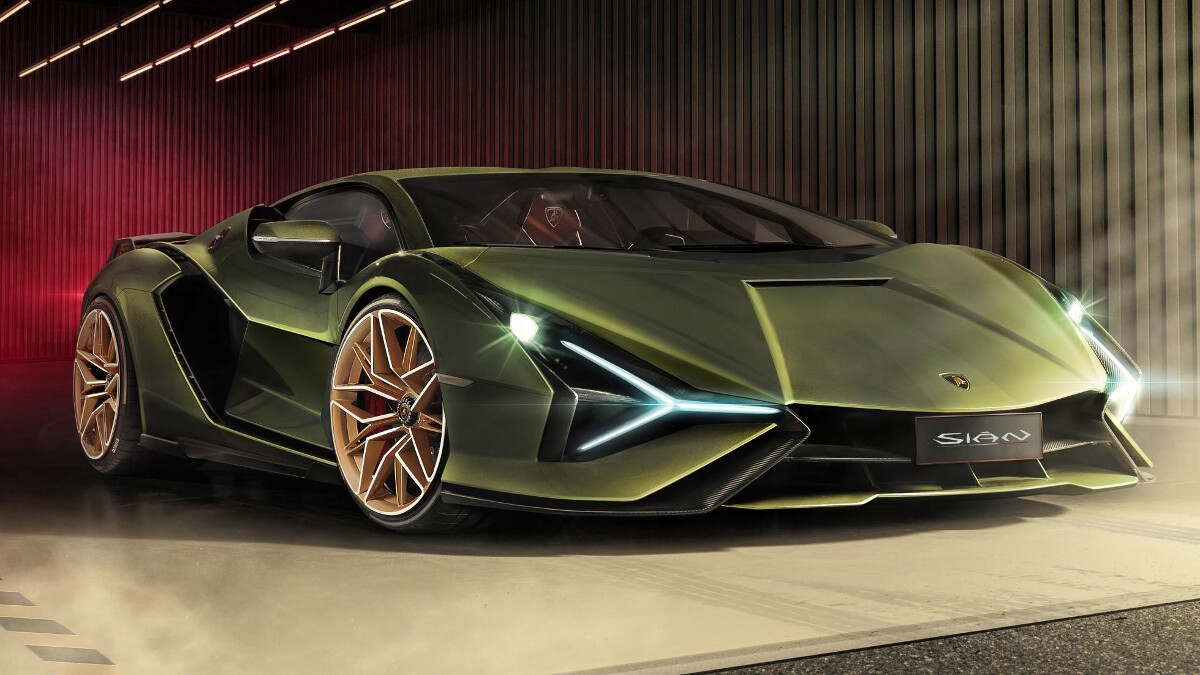 Price: approximately £3 million (P189.5 million)
Before you ask, it’s ‘shaan.’ And, in case you were curious, it’s what Lamborghini’s locals call a bolt of lightning. This is a good fit for many Lamborghinis, being the fairly quick pieces of kit they tend to be.

But it goes further with the Siån, its brace of supercapacitors and electric motors coming to the aid of Lambo’s rather excellent 6.5-liter V12. Yes, we’re talking about a hybrid Lamborghini, a phrase once considered along the lines of fat-free lard and disease-free cruise ship.

But when the result is 807hp and torque-fill between gearshifts, we’ll take any more antonyms that Lambo sees fit to bestow. And we’ll take up any invitation Lambo offers to ride the lightning. Yeah, we’ll get our coat. 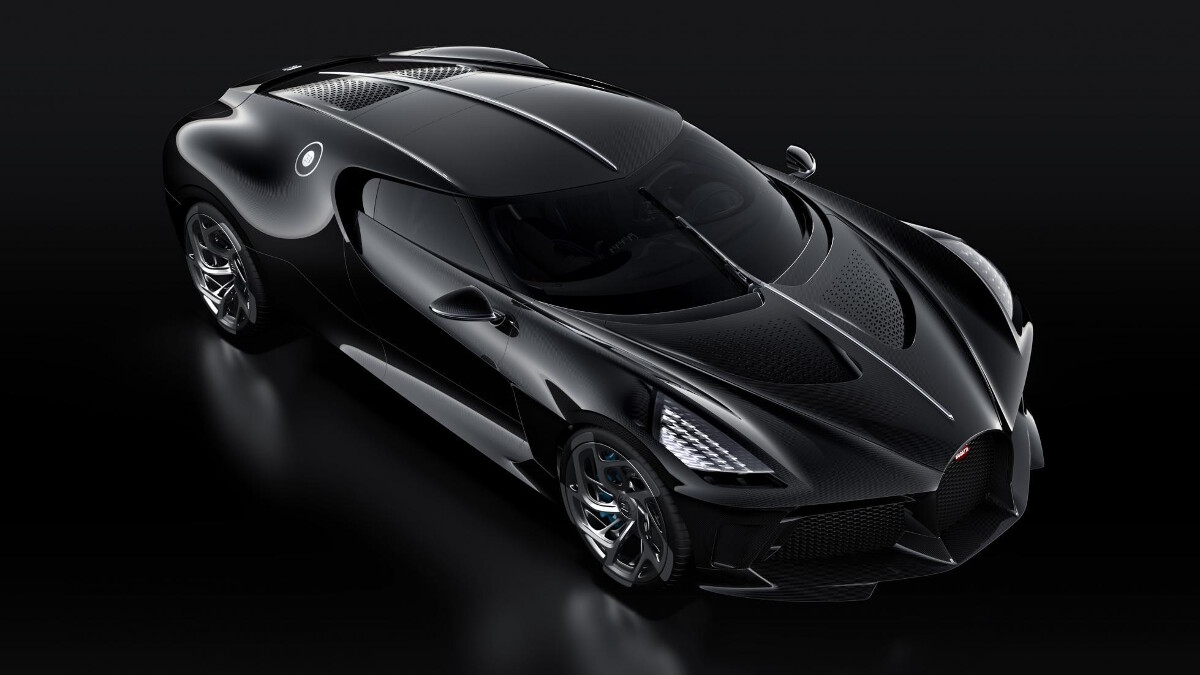 Price: £12 million (P758.1 million)
Have you noticed how everything sounds better in languages from other countries? Why say ‘oversteer,’ for instance, when you can say ‘survirage’? Why rejoice in ‘another’s misfortune’ when you can experience ‘schadenfreude’? And why say ‘savory’ when you can say ‘umami’? Okay, you will sound like a Masterchef-wannabe berk with that last one. Call it the exception that proves the rule.

But what about ‘La Voiture Noire’? Well, if we were to translate into our entirely lyricless language, the object in question would be ‘The Black Car.’ Call it lost in translation.

Unfortunately, there’s nothing lost in the price. It doesn’t matter if you measure it in pounds, dollars, or drachmas—La Voiture Noire costs at least twelve million of the things. Fun fact: If this car had been on sale in the days before Greece transitioned to the euro, it would have cost more than four billion drachmas. See? Everything sounds more impressive when it uses the lingo from another country. 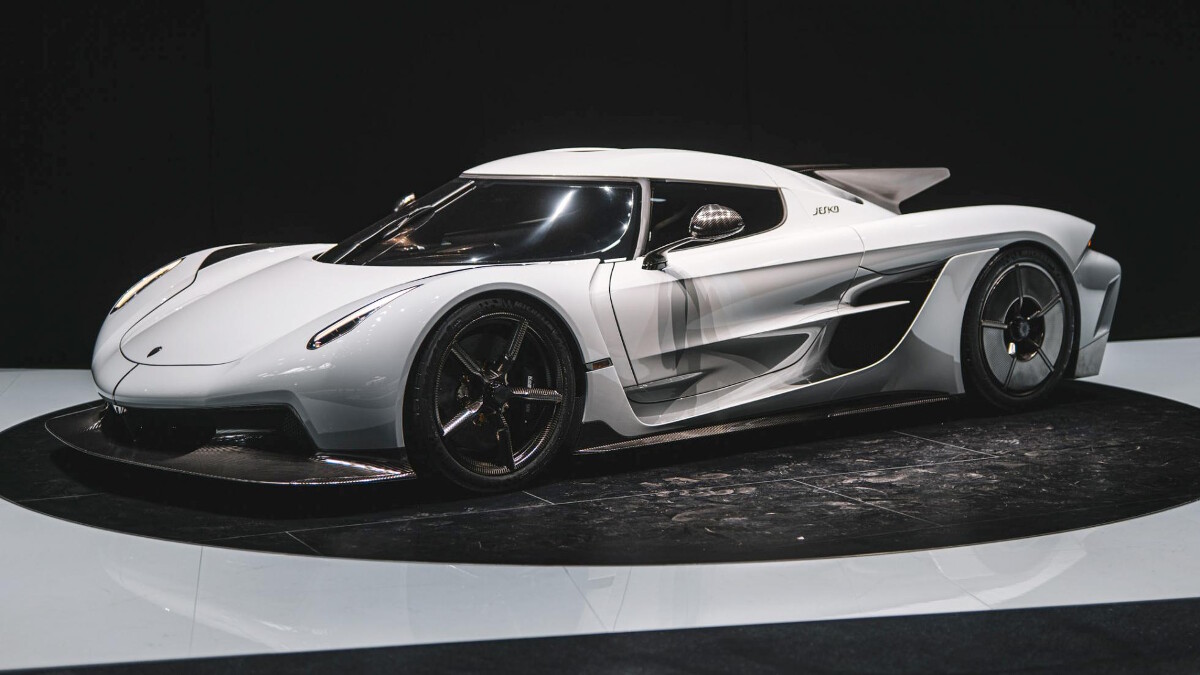 Price: more than £3 million (over P189.5 million)
When we were younger, we took one of dad’s handkerchiefs and a permanent marker, and wrote a nice message on it telling him we loved him. Meanwhile, Christian von Koenigsegg made his dad a 1,600hp hypercar that can probably do more than 500kph. Not that we feel overshadowed or anything.

The ‘regular’ Jesko (if ever a word so limiting can be applied to something like a Koenigsegg) won’t crack the quintuple metric ton, due to its downforce-heavy aero. (Get it—downforce-heavy? Wow, we really have spent too much time indoors.) The slipperier Jesko Absolut, on the other hand—tires, space, and brave pills permitting—apparently will. 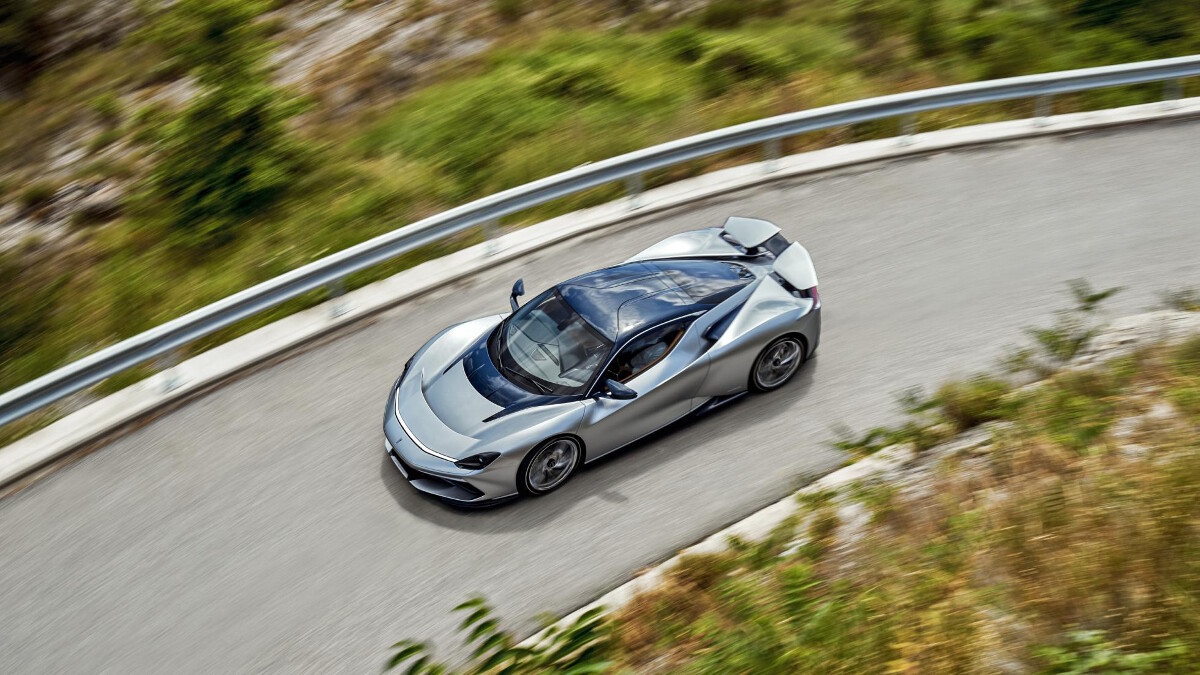 Price: €2.6 million (P147.6 million) for the Anniversario edition
Yes, beauty is in the eye of the beholder. And it’s true—in matters of taste, there can be no dispute. But for whatever reason, the Battista is one of the most beautiful modern cars we can think of. It’s powered by the same absurdly powerful battery and motor setup that sits under the Rimac C_Two, yet it pips its Croatian supplier with styling that befits Ferrari’s erstwhile styling gurus and leaves you about as breathless as its 1,900hp ought to. 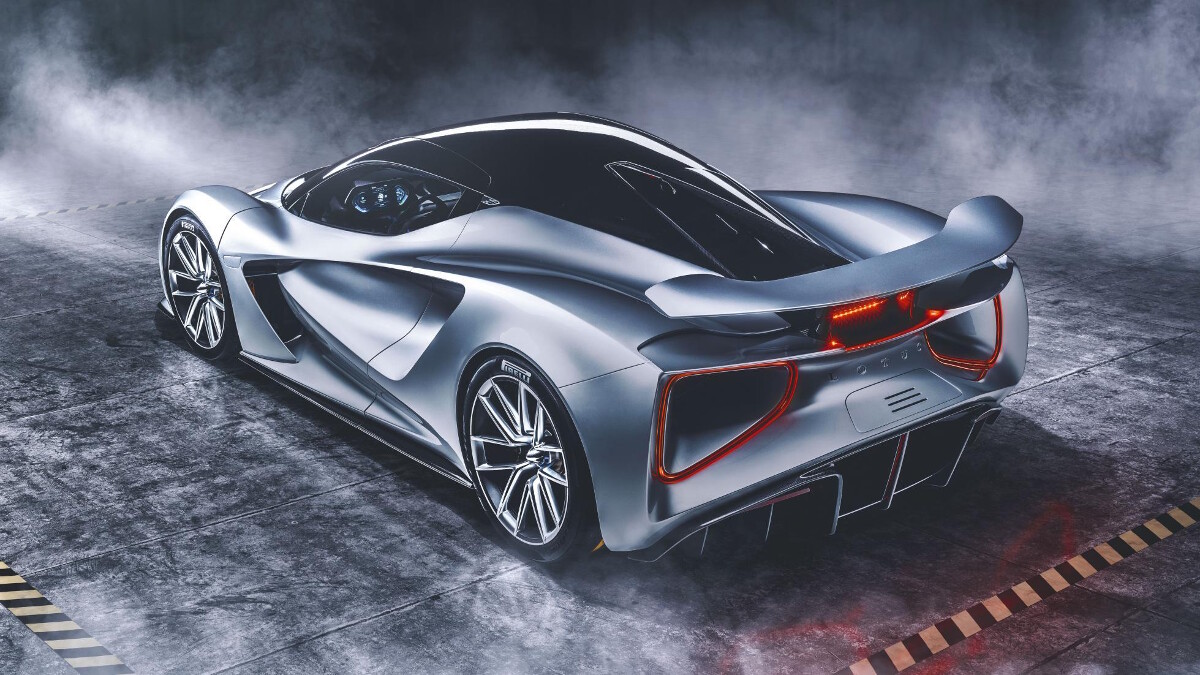 Price: £2 million (P126.4 million)
For just one car company, Lotus sure has played a lot of roles over the years—seven-time F1 champion, broke little English company, General Motors’ favored tuning arm, failed Le Mans entrants, plucky maker of little (yet wonderful) sports cars, badge stuck to the back of otherwise irredeemable Protons...and now, a maker of £2-million, all-electric hypercars that look gorgeous and promise to go so quickly that even stink itself scratches its head and wonders how it was so thoroughly bested.

But when there’s about 2,000hp available, however, it’s a wonder that light can keep up, to say nothing of smell. The new EV architecture means Lotus can play with the form of the Evija and create shapes that make our innards go all funny, especially when we see the huge aero tunnels at the back. So now, Lotus has a new role: intestinal discombobulator. And that’s just from looking at it. 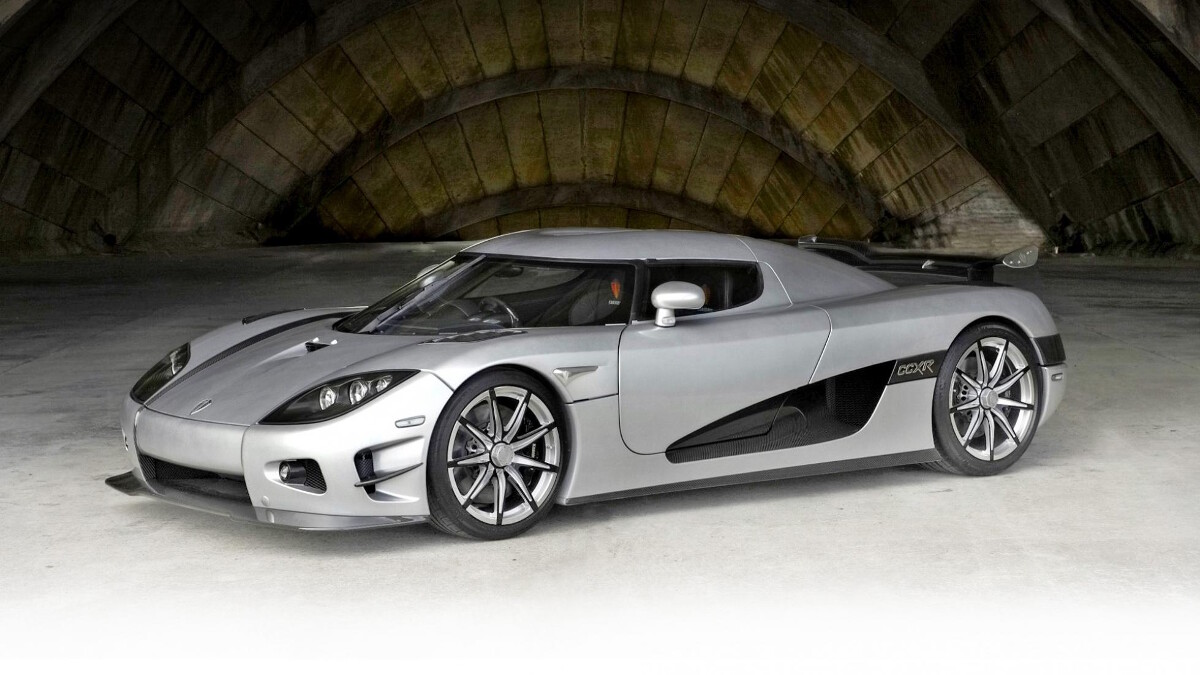 Price: $2.2 million (P110.6 million)
As much as it may sound like a breakfast biscuit, the Trevita is, in fact, a very fast Koenigsegg. It is also one of the most limited-edition Koenigseggs ever built. And this is from a company that doesn’t exactly churn the things out, so you know you’re getting a fairly rare beast.

And the Trevita’s claim to fame—apart from being a heroically quick supercar that sounds kind of like the breakfast you have when you’ve officially given up on life—is that it’s made from white carbon fiber.

Yep, white carbon fiber, a material so tricky and expensive to make and use that even Christian von Koenigsegg and his team of carbon-fiber geniuses decided that the original plan of building three was actually better off thrown in the too-hard basket, and stopped at two. 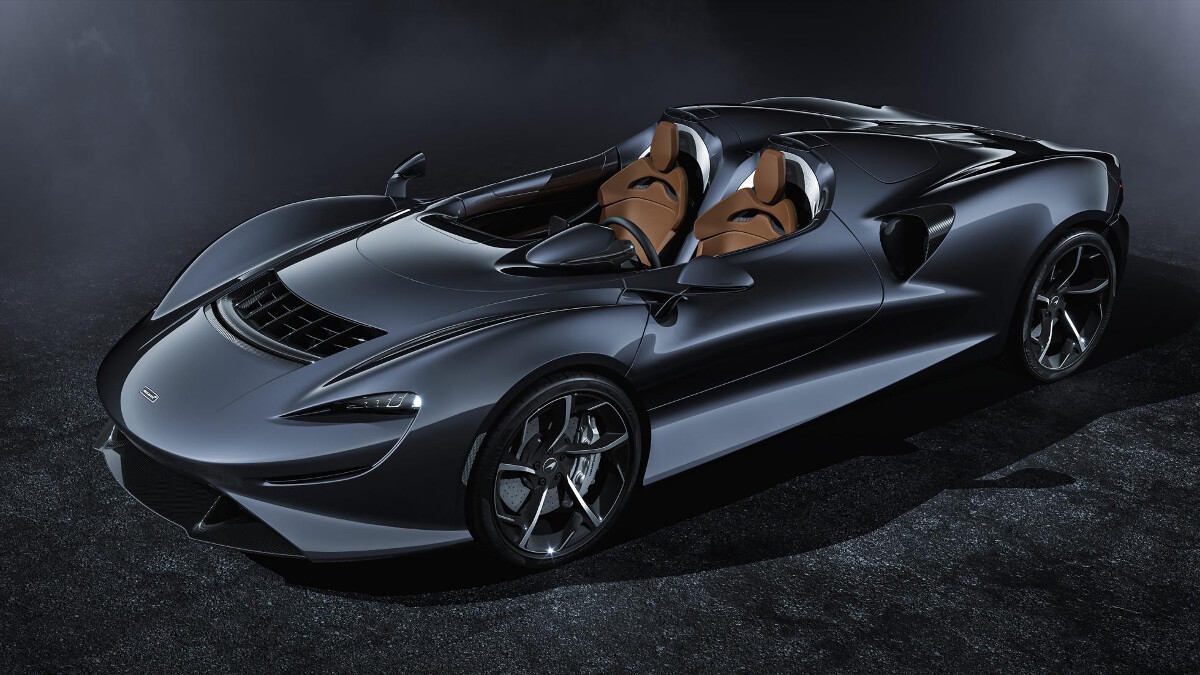 Price: £1.4 million (P88.5 million)
Can we just stop and appreciate for a second that McLaren’s turbo V8 makes 804hp? Yeah, it’s gone up by two-tenths of a liter from the original 3.8-liter that powered the MP4-12C Appendix J Subsection IV Clause a, but now the same basic engine is capable of more than 800 horses?

Better yet, McLaren has also figured out that cars that sell to the public need to be named differently from cars that race around Formula 1 circuits, too. What a difference a decade makes, no?

It must also be said that the Elva is a pretty little thing, isn’t it? And, at least in this company, it seems almost parsimoniously priced. It isn’t, of course, but it’s amazing what context can give you. Yes, it’s about 70 Fiesta STs’ worth of money, but it’s also half as much as a Jesko Absolut and just a tenth of a Zonda HP Barchetta. Bargain! 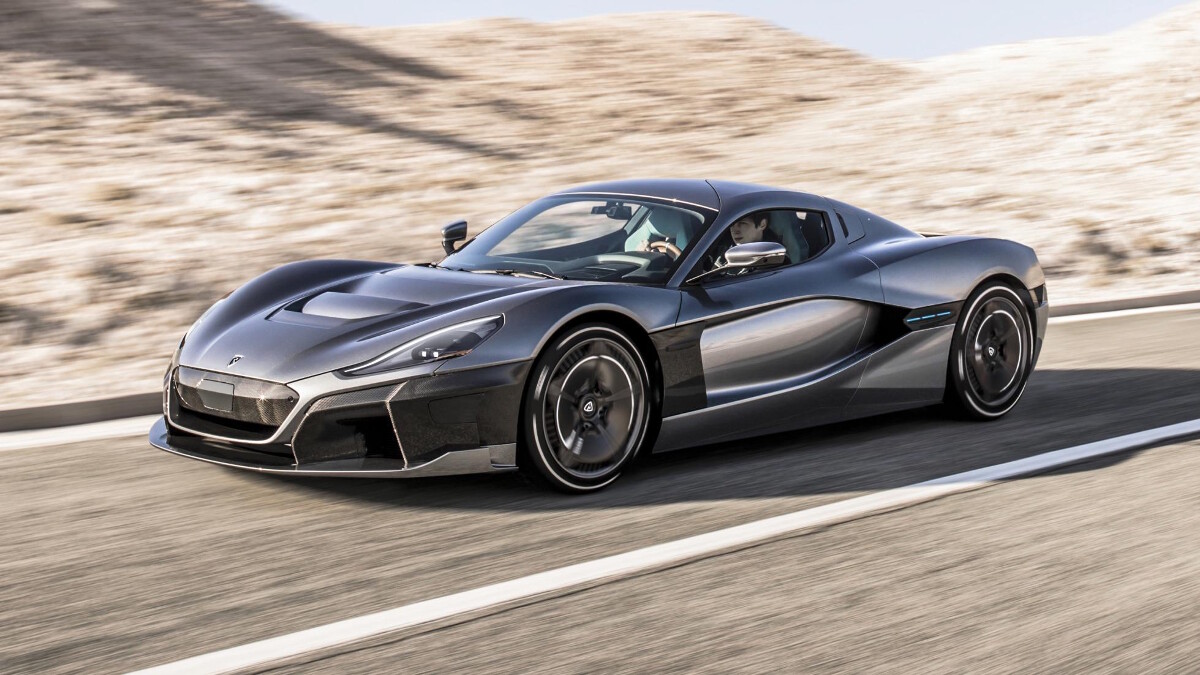 Price: €2 million (P113.5 million)
What can we say about the Rimac C_Two that doesn’t immediately acknowledge the 1,887hp elephant in the room? That’s just a colossal, broadly unimaginable amount of power. It’s also drawn not from flame and reciprocating motion and grease and steel, but batteries and magnets and stators. Yep, we’re witnessing the arrival of the electric hypercar.

And it’s not like the C_Two arrives without company. Or should that be competition? A brace of old names like Lotus and Pininfarina are joining the new school like Rimac, Aspark, Tesla, and Ariel in bringing super-duper EVs to...well, we were going to say market, but that feels a little broad for the kind of clientele these cars will attract. And, spurred on by the likes of Rimac, companies are emerging as if from the flux, offering up their own monumentally quick battery-powered missiles. Or at least very pretty drawings with lots of promises thereof. 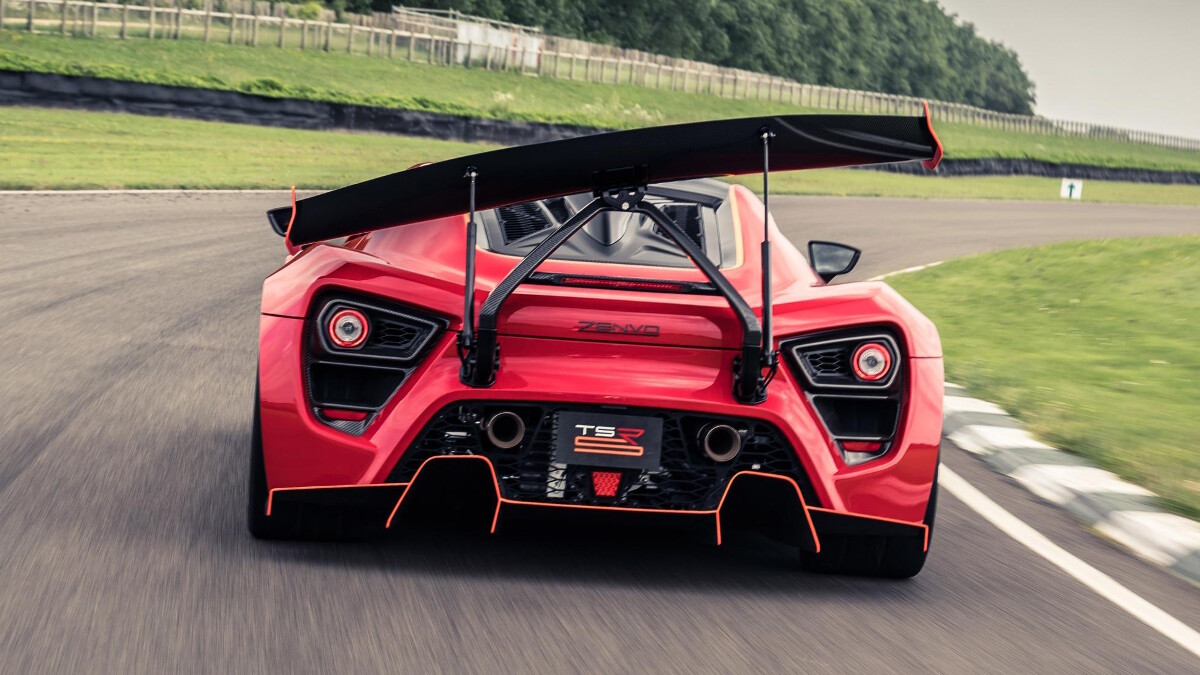 At least it does according to the Danish blokes who built it. And, considering Zenvo is a supremely low-volume supercar manufacturer—seriously, about 25 or so since 2007—but can knock together a completely bespoke 5.8-liter twin-supercharged V8 rather than buying in from a bigger manufacturer, we’re inclined to believe its engineering claims.

So, it may be apparent to you by now that we’re not aerodynamicists (at least, not very good ones), but the gist seems to be that you lose out on overall downforce with the wing canted over, but you gain downforce at the tires that need the traction more. Which feels like a good tradeoff to us. But then again, not aerodynamicists. 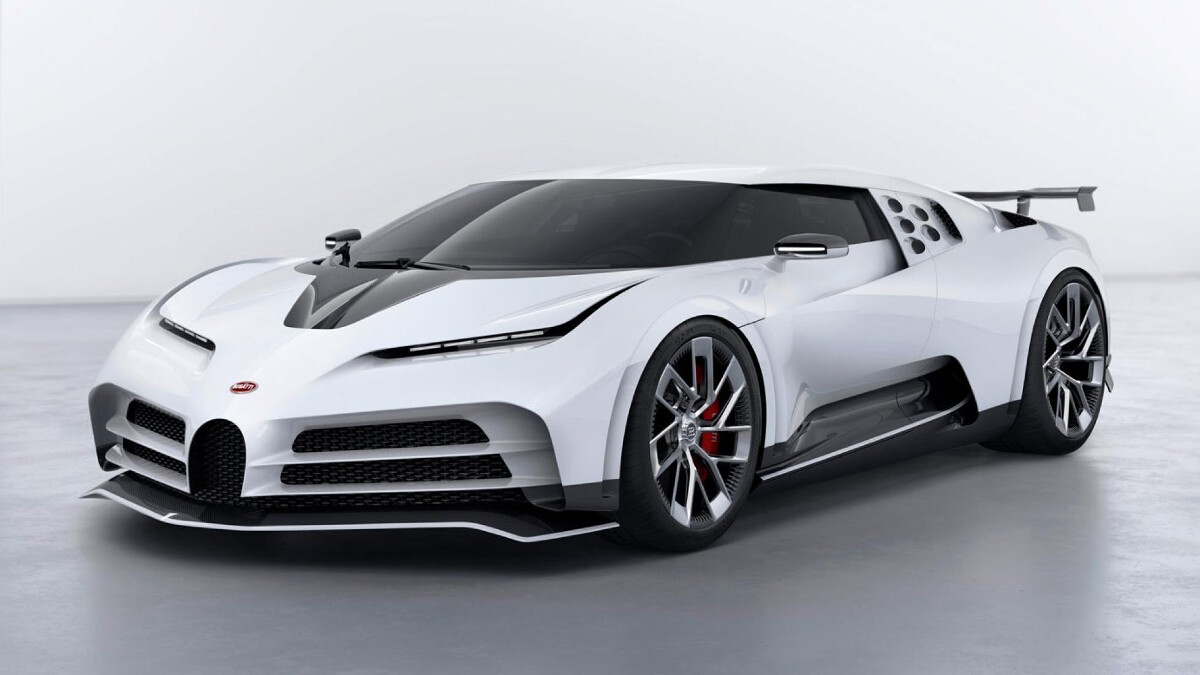 Price: £9 million (P568.6 milion)
Color us every single shade of surprised that this list is a bit heavy on the Bugattis. And the Centodieci (‘one hundred and ten’) is certainly punching on the pricier side, even among this list. Nine million pounds? That’s enough to buy the neighborhood we grew up in. But that, we assume, is why we’re writing about the Centodieci and not driving it. Or looking at it sitting idly in a garage while we bathe in a hot tub full of Dom Perignon.

So what does the Centodieci do, apart from relieve £9 million from a plutocrat’s offshore bank account? Well, it references the EB110, a Bugatti made back in the ’90s...by a completely different company. Ah.

Well, it was still Bugatti—it’s just that the men writing the checks were Italian instead of German. And fair’s fair—it was much more like the Bugatti we know today than the Bugatti from when everyone had moustaches. And polio.

The EB110 had four-wheel drive, a quad-turbocharged engine with many cylinders, and more power than your average solar farm. So far, so modern Bugatti. But it was, as you might expect, a lot more Italian—including involvement from Marcello Gandini, Paolo Stanzani, Nicola Materazzi, and Mauro Forghieri. If your attention isn’t immediately piqued by those names, try a quick swan around on Wikipedia.

The modern 110 finally gives the long-overlooked EB110 its moment in the sun, unspoiled by the recession that caused the ’90s Bugatti revival to crash and burn—and eventually fall into the hands of Volkswagen. Also, given its price, it also hints that the super rich have found a way to be recession-proof. And there goes that opportunity for a lovely bit of schadenfreude. 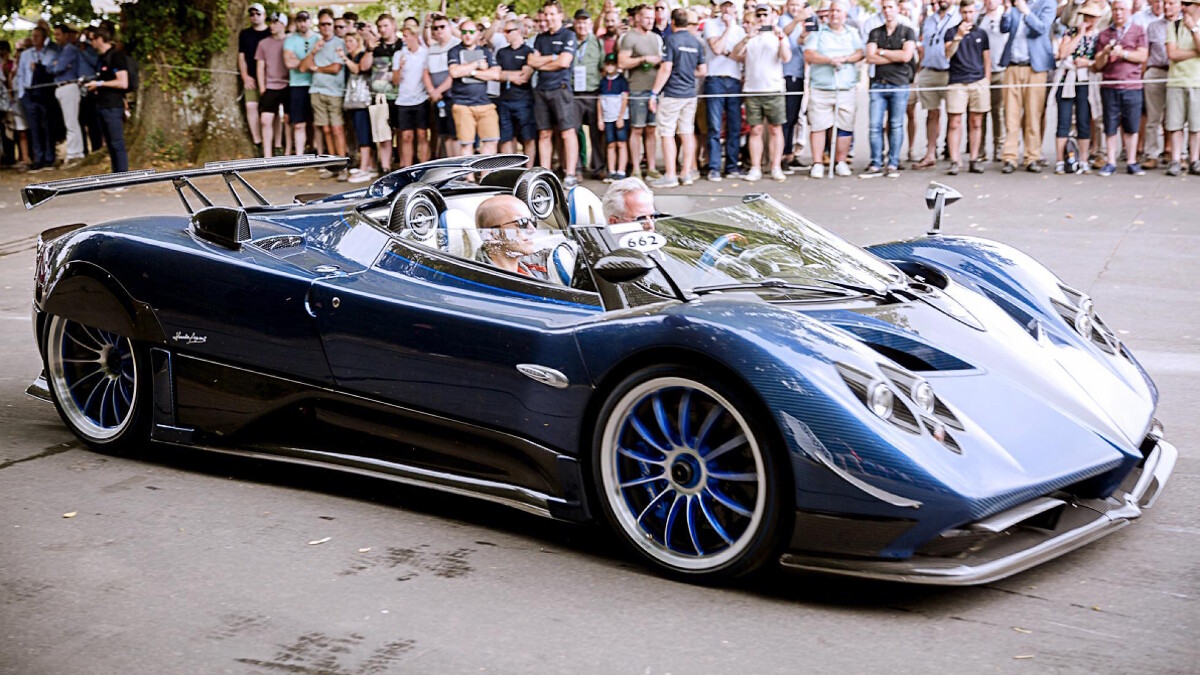 Price: €15 million (P851.6 million)
Remember Mustafa in Austin Powers, who kept being killed off, only to somehow survive the coup de grace? And remember the Pagani Zonda?

Honestly, we couldn’t care less—the Zonda is the car we most associate with Pagani and is just as cool today as it was at its introduction at the 1999 Geneva International Motor Show. Yep, 1999. Let that sink in for a second.

The HP Barchetta is probably the very best Zonda of all time, as evidenced by the fact that Horacio Pagani snagged one for himself and only made two others. As such, it commands a price tag that would be enough to make a decent run of indy Oscar-baiting feature films. 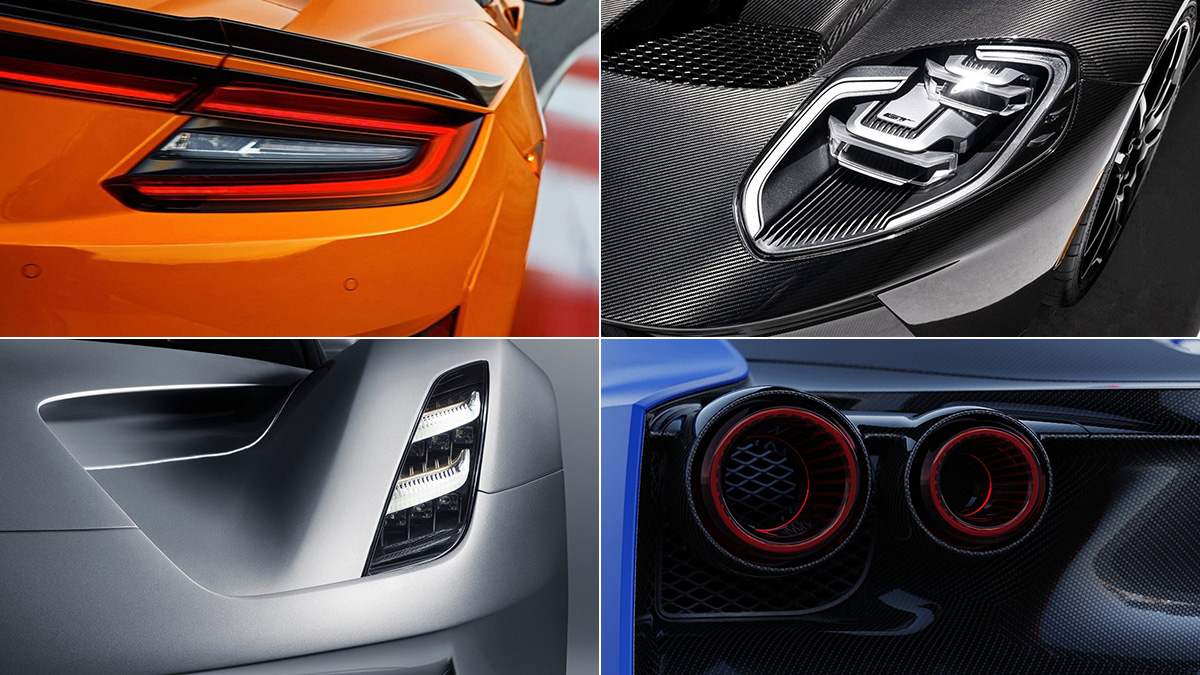 Name these 16 supercars and hypercars just by looking at their lights
View other articles about:
Read the Story →
This article originally appeared on Topgear.com. Minor edits have been made by the TopGear.com.ph editors.
Share:
Retake this Poll
Quiz Results
Share:
Take this Quiz Again
TGP Rating:
/20