Here are some of the few important updates from the past week
by TopGear.com.ph | Nov 21, 2021

“Contactless transactions will soon be possible for non-Beep-card holders who use trains in Metro Manila. The Light Rail Manila Corporation (LRMC) has just presented a proof-of-concept for its QR Ticketing Project, and the company is targeting implementation by the first quarter of next year.

“The project, which the LRMC is working on together with AF Payments, allows commuters to use QR tickets instead of Single Journey Tickets. These QR tickets are generated online and can simply be purchased via various mobile banking and payment apps.

“Commuters only need to enter specific details of the trip such as the origin and destination then pay the corresponding fare. The QR tickets generated will be scanned by the QR-acceptance terminals installed at the LRT-1 stations.

“The LRMC aims to help commuters travel faster and safer through this initiative. It is also part of the company’s efforts to promote contactless payments amid the pandemic.”

“The government eased up on public-transport restrictions a few weeks back by bringing the operating capacity of PUVs back up to 70% and removing the plastic-barrier requirement. The loosening up continues, as members of the vulnerable population are now allowed to ride public transport vehicles in areas under Alert Level 1 and 2.

“According to the announcement from the Land Transportation Franchising and Regulatory Board (LTFRB), this includes minors, persons with disabilities (PWDs), pregnant women, and individuals aged 65 years old and up. Those with immunodeficiencies, comorbidities, and other health risks are also part of the population.

“The LTFRB is reminding all commuters to always wear face masks and to refrain from talking on the phone or eating when inside PUVs. Likewise, the agency is also reiterating that all drivers and operators of PUVs must strictly abide by the rules set forth by the government. Violators will be dealt with accordingly, and penalties may range from fines to license revocation.”

Face shields in PUVs no longer required under Alert Level 1, 2, 3

“You’ve probably heard the news that the government has lifted the mandatory use of face shields under Alert Levels 1, 2, and 3. If that was music to your ears, well, we’ve got another one for you: face shields in public transport are also no longer required in these areas.

“According to the Department of Transportation (DOTr), this measure already has the approval of the President as well as the Inter-Agency Task Force for the Management of Emerging Infectious Diseases (IATF) through Resolution No. 148-D (s. 2021).

“We lose a lot of time and money whenever we get stuck in heavy traffic in Metro Manila. But have any of you ever wondered how much you actually lose?

“Budget Direct recently conducted a study on the yearly costs of sitting in rush-hour traffic in different cities across the world. According to the study, the average motorist in the National Capital Region spends an astonishing 188 hours stuck in traffic annually, which is equivalent to a total monetary loss of $1,120 or roughly P56,000. Ouch.

“Metro Manila ranks 131st among 418 cities listed in terms of annual costs. The city where it’s most costly to get stuck in traffic is Hong Kong ($3,555), followed by Geneva ($3,532) and Zurich ($3,463) in Switzerland. On average, the worldwide annual cost of rush-hour traffic is $1,343 per motorist. At the very least, we Filipinos are still below that average.

“In terms of time spent in traffic yearly, however, Metro Manila ranks fifth overall. First is Kyiv in Ukraine (207 hours) followed by Chongqing in China, Moscow in Russia, and Istanbul in Turkey (200 hours).”

MMDA recommends reimposition of number coding from 5pm to 8pm

“The vehicle reduction scheme could be back ‘probably by next week,’ MMDA chairman Benhur Abalos said on Friday, November 19.

“‘This week, we are recommending the reimposition of the color coding, but only during peak hours in the afternoon from five in the afternoon up to eight in the evening,’ he told reporters.

“He added the three-hour period will give car owners leeway to still use their vehicles during coding day: ‘Ang mangyayari, pwede mo gamitin pa rin ang kotse mo, but except during rush hour or peak hour, wag ka muna sumabay, which is [from] 5pm to 8pm.’

“Abalos said he was also looking into a possible morning-only or a whole-day number coding scheme.”

“The Land Transportation Office (LTO) started rolling out its 10-year driver’s licenses in select branches last month. Now, the agency has begun implementing the provision of Republic Act No. 10930 in more regions across Luzon.

“Specifically, the licenses with extended validity will be available in Regions I, II, III, IV-A, and V. You can check out the official announcement here.

“Take note that all license holders are now required to complete a Comprehensive Driver’s Education (CDE) seminar and acquire a certificate prior to renewal. However, only driver’s license holders without any violations will be eligible for a 10-year license.

“To acquire a certificate, you can take a CDE Online Validation Exam via the Land Transportation Management System portal. There are also other things to note regarding the 10-year driver’s licenses, such as the periodical medical exam and the demerit system that could result in psych evaluations for erring motorists. Before you apply for renewal, be sure to read up on all these.” 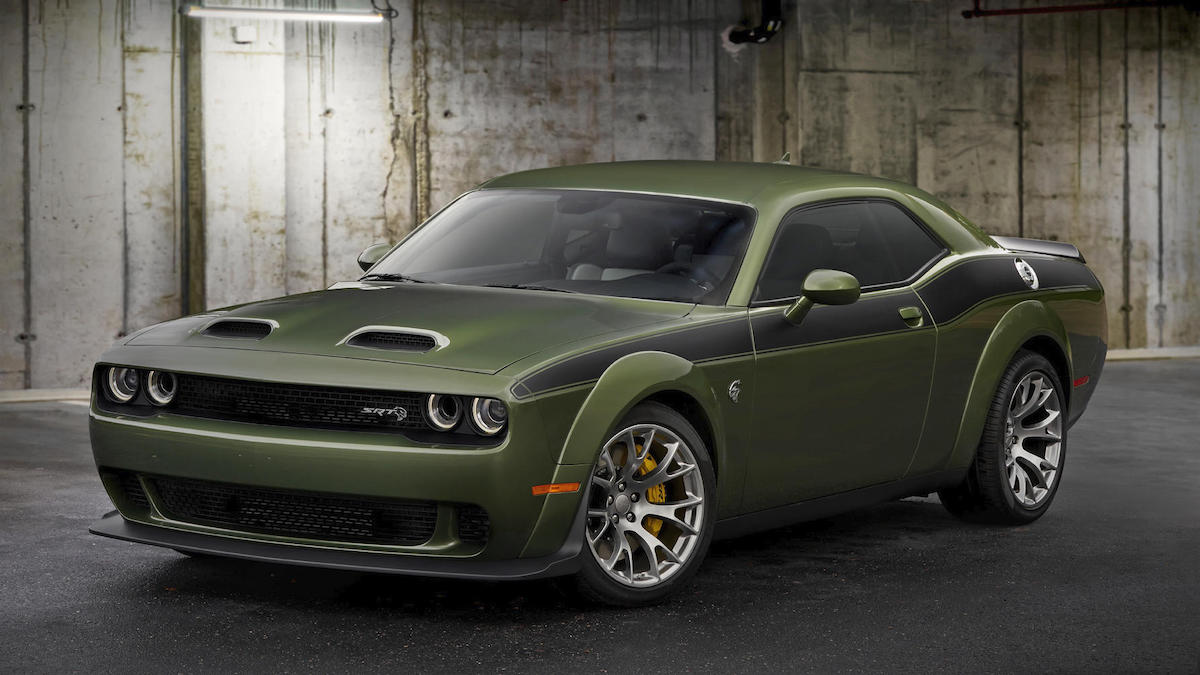 The Dodge Challenger Hellcat Jailbreak gets 807hp and optional ‘Demonic Red’ seatbelts
View other articles about:
Recommended Videos
Read the Story →
This article originally appeared on Topgear.com. Minor edits have been made by the TopGear.com.ph editors.
Share:
Retake this Poll
Quiz Results
Share:
Take this Quiz Again
TGP Rating:
/20