You can now drive through the 3.8km Lucban Bypass Road in Quezon province

“Here’s a treat for motorists from the province of Quezon: The Department of Public Works and Highways (DPWH) has just announced that the Lucban Bypass Road Project is now open to the public.

“Construction along the new four-lane, 3.8km road isn’t completely finished yet, but it is now open for use since the entire stretch has already been covered in concrete. There are still civil works to be done, including the installation of street lights and the building of sidewalks and drainage systems. The agency aims to complete the project by the first quarter of 2022.

“The bypass road stretches from the Lucban-Majayjay Road all the way to the Lucban Diversion Road. It intersects the Lucena-Tayabas-Lucban-Sampaloc-Mauban Port Road, and traverses Barangays Ayuti, Abang, and Kulapi in Lucban. You can check out the official announcement below:”

“The street-lighting efforts Manila City government continue. After installing street lights along major thoroughfares like Taft Avenue, the local government unit has now lit up the intersection of the LRT-1 Blumentritt Station and Rizal Avenue.

“Well-lit streets enable safe passage for both motorists and pedestrians alike. Street lights like these will go a long way for those who pass through the area regularly, especially for a very busy intersection such as this.

“You don’t even need to be a resident of Manila City to appreciate the difference that these new lights make. You can see the two photos below for comparison. 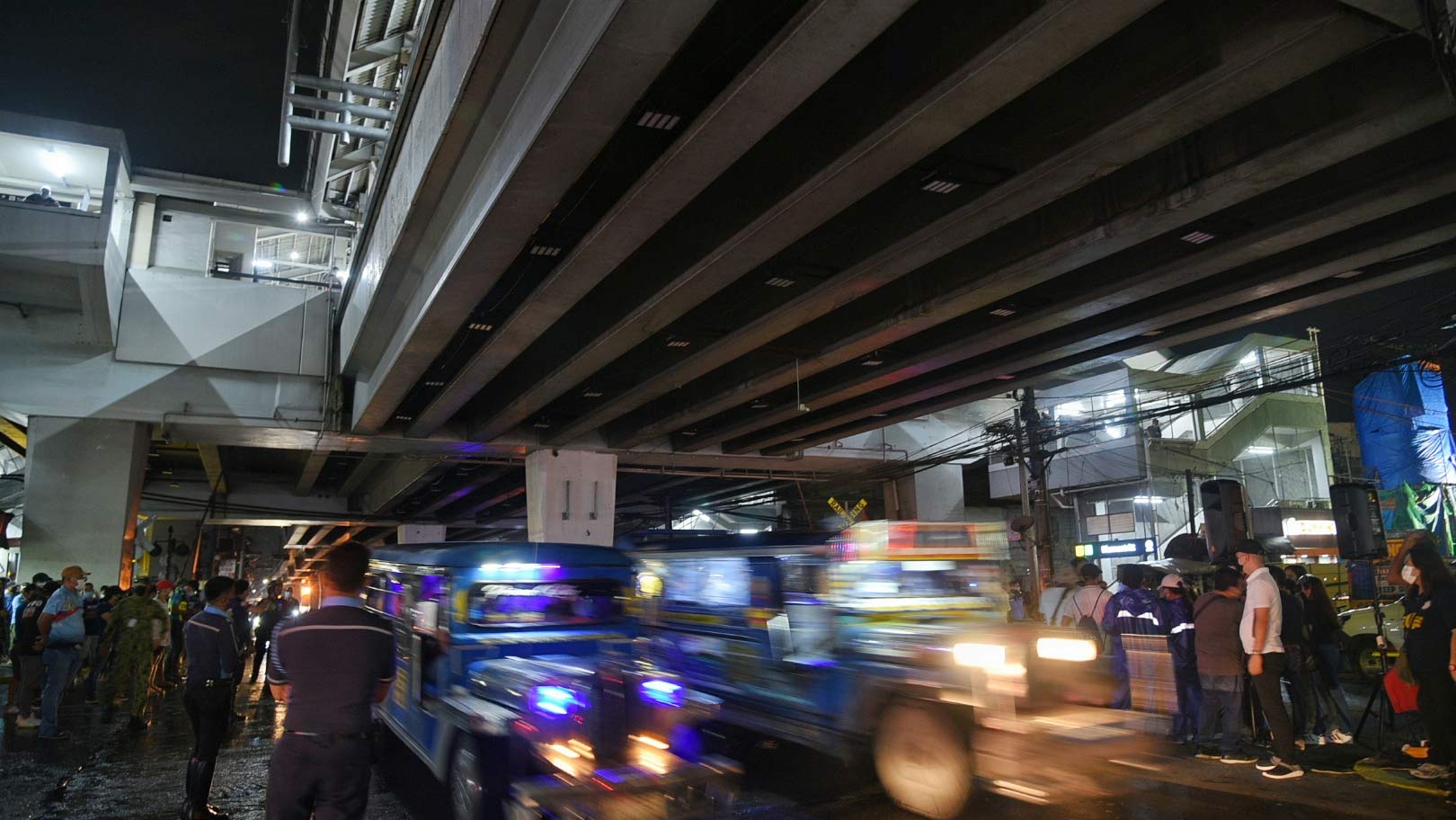 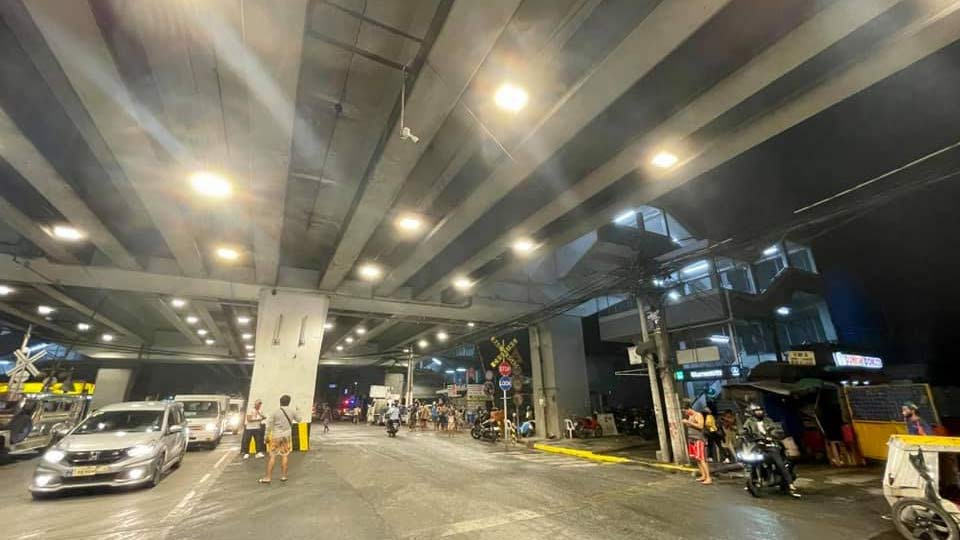 “Moreno already mentioned before that he intends to make Manila City walkable in the future. Surely, efforts like these are what the city needs for that to happen.”

Vaccinated motorists can score fuel discounts at Petron until September 21

“All vaccinated customers who have received at least one dose of any COVID-19 jab are entitled to the discounts. They only need to present a physical or digital copy of their vaccination card along with a valid ID prior to the transaction.

“The promo covers all Petron gasoline and diesel products, and a maximum of 70 liters per customer purchase is allowed. It is available for cash payments, Petron Value Card (PVC) points redemptions, and credit-card transactions. The discounts are not applicable to purchase orders, bulk transactions, and fleet accounts, and also cannot be availed in conjunction with other existing Petron promos.

“Petron’s promo is open to both PVC and non-PVC holders, but only in participating stations—you can view the full list here.”

“The Cavitex-C5 Link Expressway is slowly starting to take shape. After the inauguration of Segment 3A-1 (C5 South Link) in 2019 and the groundbreaking for Segments 2 and 3A-2 in 2020, Metro Pacific Tollways Corporation (MPTC) has shared that the entire project is now 20% complete.

“In its latest press release, MPTC subsidiary Cavitex Infrastructure Corporation (CIC) said that the ongoing construction includes ground improvements and cement pouring. Other roadworks currently being done are the construction of slab decks and drainage systems as well as bridge substructure works.

“Segment 3A-2 was initially targeted for completion by December 2021 and Segment 2 by July 2022. CIC’s new timeline, however, indicates that the former is expected to be completed by Q1 2022 and the latter between Q4 2022 and Q1 2023. Meanwhile, construction of the final segment, Segment 3B, has yet to begin as of this writing.”

“Huge changes for Pasig City: After 12 years, mayor Vico Sotto announced that around 1,800 tricycle drivers who are currently operating illegally in the city can now apply for a legitimate franchise through Executive Order No. 70 Series of 2021.

“Sotto said that the failure to make franchising available for tricycle drivers through the years has not only made it dangerous for commuters but has also led to widespread corruption in the city.

“Sotto listed the three main reasons why the LGU decided to push through with this decision. Look:

“Sotto mentioned that the city government already has a working list of all colorum tricycles—there are apparently some 1,800 tricycles that are illegally operating in Pasig City. The LGU’s latest move will allow these drivers and operators to be able to apply for a legal franchise for just P420.

“There’s been a continuous rollout of COVID-19 vaccines across the country over the past several months, but there are still a lot of Filipinos who have yet to receive their shots. If you’re one of them, you can register to get inoculated at the Nayong Pilipino drive-through vaccination site.

“The mega vaccination center is open to both residents and non-residents of Parañaque City. It was opened on August 12 and was allocated 50,000 doses of Moderna vaccines for the first rollout. The facility can accept 3,000 to 5,000 individuals each day. There are two ways to register: You can access this link or submit an application form here.”

“After the attempted full implementation of the ‘no RFID, no entry’ policy that caused heavy traffic at toll plazas last year, you might be curious about how the interoperability between the two RFID systems used in Luzon—Autosweep and Easytrip—is taking shape.

“According to Roberto Bontia, president and general manager of Cavitex Infrastructure Corporation (CIC), a subsidiary of the Metro Pacific Tollways Corporation (MPTC), the tollway operator is continuously improving the electronic toll collection (ETC) system to ensure smooth traffic flow at toll plazas while at the same time complying with COVID-19 health protocols.

“‘I think we have to determine if we need to replace the (RFID) stickers,’ Bontia said during a recent online press event. In fact, he confirmed that CIC is not upgrading its RFID-based ETC anymore.

“Instead, the MPTC subsidiary is already migrating from the old system to automatic license plate recognition (ALPR), which uses smart cameras to instantly recognize the license plates of vehicles entering and exiting toll plazas.”

Man arrested in the UK for driving along the railroad track

“If you want to see how well your 4x4 can perform off-road, taking it to the railroad track isn’t the way to go.

“‘Railroad track? Have you got the wrong kind of track here?’ But before you get even more confused, know that we’re only saying this as a reminder because someone recently got arrested in the UK for doing exactly that.

“A 31-year-old man named Aaron O’Halloran from Thornbury Road, Handsworth was recently sentenced to 15 months in jail for driving his Mitsubishi Pajero down the tracks near the Duddeston railway station.

“According to the British Transport Police, O’Halloran took his Pajero—called the Shogun in those parts— through a gate at the Duddeston station and drove for about a kilometer towards Aston. The man then left and abandoned the vehicle along the tracks.

“The entire incident resulted in over £23,000 (P1.6 million) in damages and passenger delays of up to eight hours. O’Halloran was found guilty of endangering people on the railway, dangerous driving, driving while disqualified, and using a vehicle without insurance. He was also ordered to pay a victim surcharge of £156 (P10,000).”

Metro Manila to remain under modified ECQ until September 15

“The Inter-Agency Task Force for the Management of Emerging and Infectious Diseases (IATF-EID) has reportedly deferred the pilot testing of this new GCQ classification, which means there will be no ‘granular lockdowns’ all around the capital at least for a few weeks. 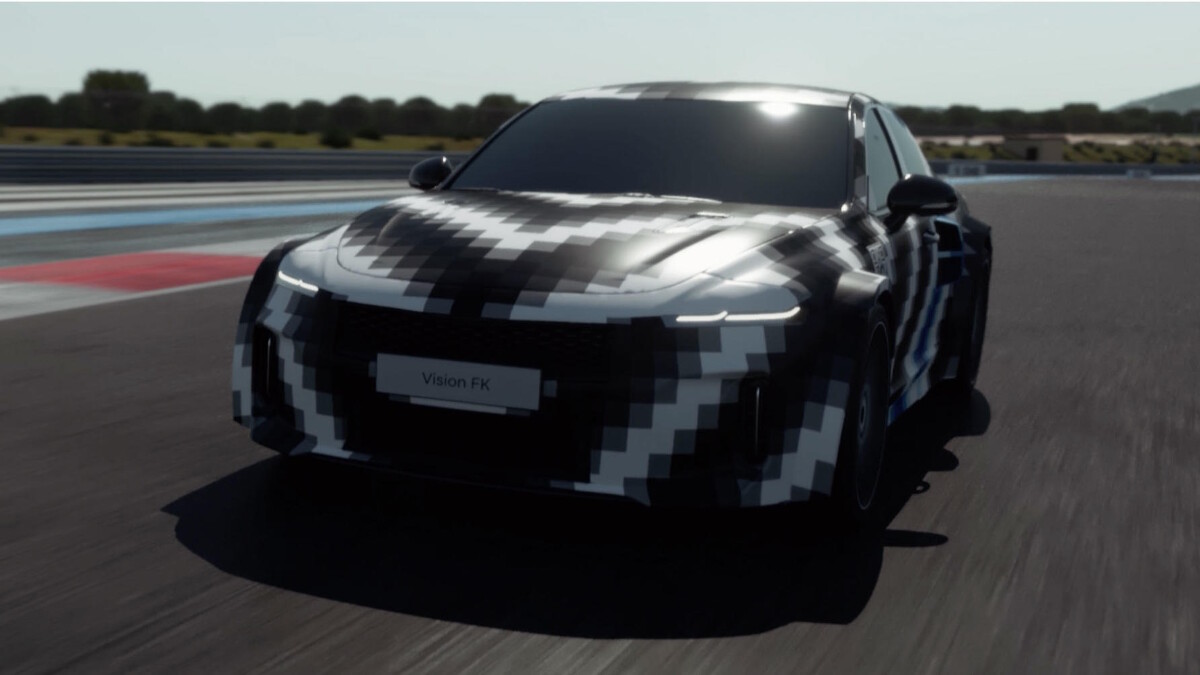