Someone has dumped mud all over a portion of EDSA again

“Okay, this is getting out of hand. Someone has dumped mud all over a portion of EDSA again, and it appears authorities aren’t any closer to catching the perpetrator (or perpetrators, if this isn’t the work of a single motorist).

“In a Facebook post, an irate Bong Nebrija blasted whoever was responsible for the new mess along the northbound side of the Shaw Boulevard tunnel. He says the dumping caused numerous accidents, including one that involved a Metropolitan Manila Development Authority (MMDA) traffic enforcer.

“The official added that he believes whoever is responsible for the mud dumping on EDSA is doing it on purpose. Nebrija also called on motorists who witnessed these acts to report the wrongdoers to the MMDA.”

“Pasig City made headlines last week when it opened a new intersection along Shaw Boulevard to make the area more pedestrian-friendly. In case you missed it, you can read more about it here.

“One of the highlights of the intersection is the integration of bike boxes. These boxes are the green strips placed behind the pedestrian crossing and right before the intersection. Now, it’s understandable if not a lot of motorists are familiar with how these bike boxes work, because these aren’t widely used around Metro Manila.

“To help address this, the Pasig City Transport Development and Management Office is sharing helpful infographics on how all of us can use these bike boxes properly.

“These green boxes that extend directly from the bike lanes are designated areas wherein cyclists can wait during a stop, allowing them to get a head start when the light turns green. The box allows cyclists turning left at the intersection to preemptively position themselves and safely make the turn without having to move alongside other vehicles.

“Those going straight ahead may also use the bike box, and all vehicles must yield to cyclists crossing the intersection. Likewise, all motorized vehicles are also required to stop behind these bike boxes and those turning right may not do so on a red signal.”

“If you ask us, an indoor go-kart setup is definitely the way to go if you want to satisfy your track fix in a jiffy—if only because we aren’t big fans of getting drenched in between laps.

“If you agree that the smell of sweat and rainwater mixing together underneath a race suit leaves much to be desired, SM North EDSA’s City Mall (a short walk from the upcoming MRT-7) will soon have its own indoor go kart setup called the EKartRaceway.

“According to the EKartRaceway Facebook page, it’s scheduled to open in December 2021 if everything goes according to plan. The indoor setup will cover a total of 2,091 square meters and will feature a track that spans 300 meters in length, too.

“Racers will be behind the wheel of Blue Shock Race electric karts, and can utilize a remote POS system so customers can limit physical interaction with the track’s staff. The company says slots are on a first come, first serve basis, and that it will offer group discounts. If you’re looking to try this out when it opens, you might do well to gather a bunch of friends first so you can save a bit.”

“San Miguel Corporation’s (SMC) proposed Pasig River Expressway (PAREX) has been subject to scrutiny ever since the concept was made known to the public. Whatever the case may be, however, the company will be pushing through with the project.

“According to the company’s latest press release, the Philippine government has just given SMC approval to begin work on the 19.37km six-lane elevated expressway that will run along Pasig River.

“SMC ensures the public that PAREX “will not be just an ordinary highway.” The company says that PAREX will incorporate sustainable features together with an efficient transport infrastructure that Metro Manila needs.

“‘This will be an inclusive, user-centered infrastructure that will integrate various modes of transportation beyond cars,’ said SMC president Ramon S. Ang. ‘It will have dedicated bike lanes, walkways, a bus rapid transit system, among others.’

“Ang also mentioned that through the SMC’s Pasig River cleanup, the company will also look to expand water transport systems that will link cities along Metro Manila’s waterfronts apart from Pasig River such as Laguna Lake, Manila Bay, and Marikina River.

“The Supplemental Toll Operations Agreement that signifies the PAREX project’s approval was signed by the secretaries of the Department of Public Works and Highways and the  Department of Transportation as well as the executive director of the Toll Regulatory Board.

“PAREX will comprise three major segments: Segment 1 from R-10 to Plaza Azul in Manila, Segment 2 from Pandacan to C5, and Segment 3 from C5 to C6. The expressway will also connect to Skyway Stage 3 using a 2.7km portion of the elevated tollway from Nagtahan to Plaza Azul.“

“No specific timeline yet was provided for the project, but...”

SMC, together with the DOTr and DPWH, has now broken ground for the project

“‘We in the DPWH believe that this will be a monumental and significant project as it would serve as the primary east-west connection, from R10 in Manila all the way to Taytay in Rizal,’ said DPWH undersecretary Maria Catalina Cabral. ‘It will complete the network of expressways proposed within the Metro Manila area and will provide a solution to the growing traffic problem within the metropolis.’”

RSA assures the public that PAREX will be built along the banks of Pasig River, not in the middle

“Yesterday, the San Miguel Corporation’s (SMC) Pasig River Expressway (PAREX) project received the green light from the government. The move was met with both excitement and worry, with some mobility advocates and netizens expressing concern that PAREX would be harmful to the Pasig River. An image of the waterway buried under a sea of cement also made its rounds online following the announcement.

“Today, SMC head Ramon S. Ang gave his assurance that this would not be the case. In a Facebook post, he clarified that PAREX will be built along the banks of the Pasig River, not in the middle of it.

“According to Ang, PAREX’s main goal is ‘seamlessly linking the North, South, East, and West of Metro Manila.

“‘This is a significant investment we are making—one which we may not recover for a long time—and we will ensure that the benefits to the country will far outweigh the cost.

“‘Also, it will be built along the banks of the Pasig River—not the middle. It will not cover the river,’ Ang stressed, adding that SMC will continue to deploy resources to clean up and rehabilitate Pasig River.”

Motorists can expect a finished NLEX Connector early in 2022

“Another key project in the country’s fight against traffic is scheduled to be completed early next year.

“to the NLEX Corporation, motorists can look forward to a finished NLEX Connector in the first quarter of 2022. The project, which spans 5km in length and has a budget of P23 billion, aims to alleviate traffic within Metro Manila by providing improved access to the capital’s port area.

“‘We are pleased that the construction activities are moving forward with the construction progress standing at 45%,’ Luigi Bautista, NLEX Corporation president and general manager, said in a statement.

“To help speed construction up, the company is utilizing ‘Sosrobahu’ technology from Indonesia that allows workers to pursue construction over existing roads without disturbing traffic.

“Once the project is done, the NLEX Corporation says it will serve as many as 35,000 motorists per day and feature four interchanges. Aside from making the port area more accessible, the NLEX Connector will also make reaching Metro Manila’s airports and Clark in Pampanga easier.

“The Department of Transportation (DOTr) has been working on the North-South Commuter Railway (NSCR) project for a couple of years now, and it looks like it’s starting to take shape.

“The agency just shared renders of what the different stations of PNR Clark Phase 2 will look like once completed, and it has us excited for the new rail line. The DOTr also said that construction now has a 32% overall progress rate.

“This phase of the NSCR project which is also called the Malolos-Clark Railway Project will connect Bulacan all the way to Pampanga. There will be six stations in total, namely: Calumpit, Apalit, San Fernando, Angeles, Clark, and Clark International Airport. You can check out the renders below:

“The DOTr says that once completed, PNR Clark Phase 2 will reduce travel time from Malolos, Bulacan to Clark, Pampanga and vice versa to just 30-35 minutes from the usual two hours. The entire NSCR project, meanwhile, is expected to cut travel time from Makati to the Clark International Airport to just 55 minutes.

“The central business district of Pasay City within the bay area hasn’t always been the easiest to get to for commuters. That’s set to change in the future, though, as a new monorail project is in the works.

“The Department of Transportation (DOTr) has just signed a memorandum of agreement (MOA) with the Pasay City local government to build an Integrated Pasay Monorail that will connect the corner of EDSA and Taft Avenue to Diokno Boulevard in Pasay City.

“The corner of EDSA and Taft, two major thoroughfares in Metro Manila, is the endpoint of the MRT-3 line and where it intersects with the LRT-1. The new monorail will provide commuters easier travel further into Pasay City as the DOTr says it will be integrated and interoperable with these rail lines, as well as with the EDSA Busway and the EDSA Greenways Project.

“The MOA also covers the construction of an EDSA–Tramo Flyover Extension Project, but there isn’t a lot of info to go by at the moment. There’s also no timeline provided yet regarding the start of construction and the target date of completion for either project.”

“Traffic violators in Manila City may no longer have to pay for their fines—if they take the city up on its offer for amnesty, that is.

“The local government has just announced that traffic and parking fines will be covered by Ordinance No. 8773, which grants amnesty to delinquent business and real property taxes, as well as road violations.

“Mayor Isko Moreno signed the ordinance earlier today, and those interested may avail of the amnesty from October 1 to December 29, 2021, only. Look:

“Moreno’s Facebook post clearly states that ‘persons who have violated traffic and parking rules imposed under the Manila Traffic Code and No Contact Apprehension Program’ may avail of the amnesty.

“No doubt motorists who’ve been caught by the city’s traffic cameras are jumping for joy. There’s a catch here, though: If you’ve racked up more than one violation, you will still have to pay for the first one. Only then will fines for succeeding violations be erased.” 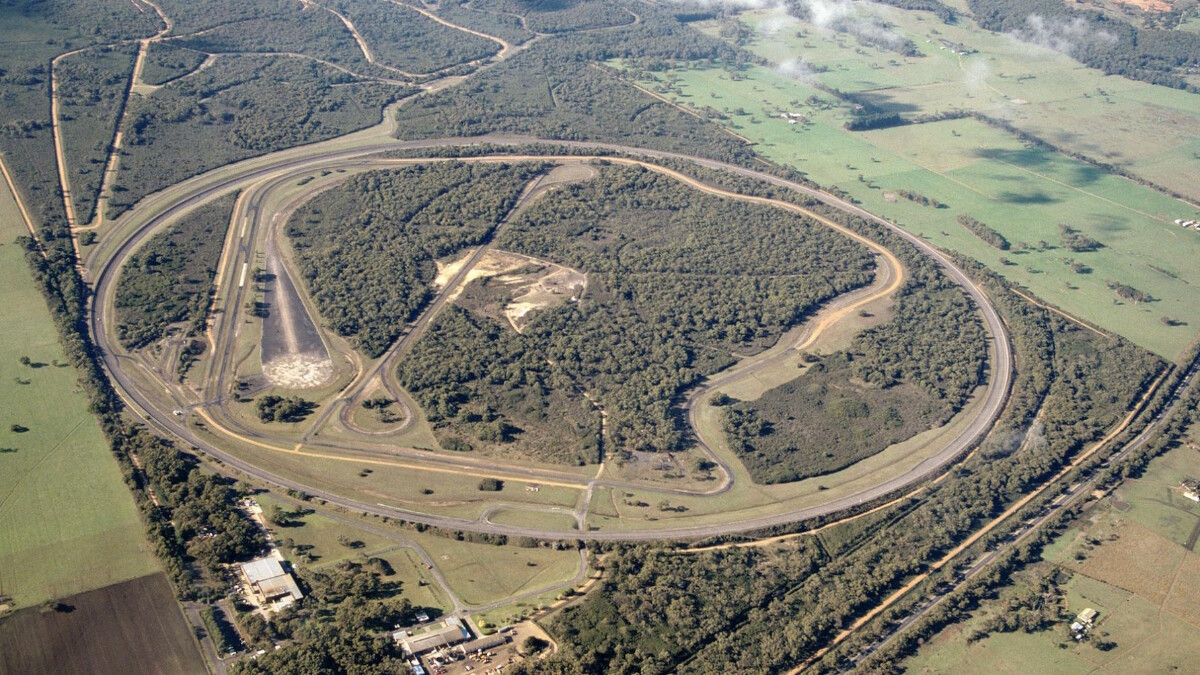 Holden’s former proving ground is up for sale
View other articles about:
Recommended Videos
Read the Story →
This article originally appeared on Topgear.com. Minor edits have been made by the TopGear.com.ph editors.
Share:
Retake this Poll
Quiz Results
Share:
Take this Quiz Again
TGP Rating:
/20